I used to work with a lady at the Art & Craft Centre - a photographer, and one of the few people I've met, aside from customers, who is genuinely excited about vintage clothing. She was always really enthusiastic and encouraging when I spoke about my vintage lingerie business, and we used to talk about what a great creative boost it would be, for both of us, if she were to photograph the vintage lingerie that I sell.

All this was very vague, and she later left to take a job elsewhere. Not long ago however, she got in touch to say that she was opening a studio in Colchester and - now with permanent digs - she was ready to start shooting!

So a few weeks ago, I was meeting up with her, handing over garment bags of lingerie, and today I finally got my hands on the photos. Here are a few of them. 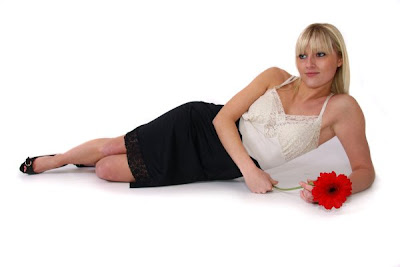 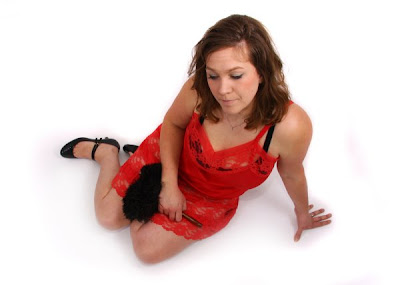 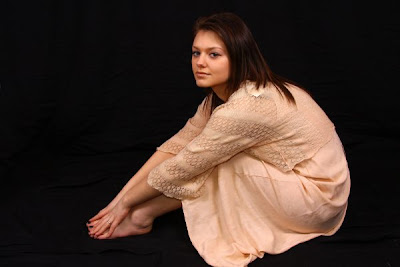 DGBVintage has never used models before. Partly its because people seem to prefer to see second-hand clothing displayed on a mannequin. Everyone knows that the clothing has been worn by someone else before, but with a mannequin, you're not pushing that fact in their faces.

However, my reluctance to use models could also have something to do with the fact that I started out selling on Ebay, and if you visit the women's clothing category on Ebay, there are some real horrors in terms of sellers modelling the clothes they sell. Women standing awkwardly, wearing something they obviously hate, something which fits and suits them very badly, glaring out at you - usually under the tag line 'Sexy!'

I think I developed some sort of phobia about it somewhere along the way. It seems to be relatively easy, as an individual seller, to get carried away and overlook the blindingly obvious - i.e. that you're not really model material. And it's not just about physical appearance - you clearly need to be peculiarly self-confident and self-aware to be able to carry it off.

Note to self: NEVER be tempted to model the stuff you sell - no matter how flat your stomach. You'd be awful at it.

Anyway, the new photos are perfect - a big thank you to the wonderful ladies who modelled the lingerie!

The photos were taken by Rebekah Brown. Her studio is at 91 Crouch Street Colchester, and you can get in touch with her on 07828 631855. She does commercial photography, as well as weddings and events. Not only does she take great photos, but she is really friendly, approachable, and easy to work with.

Thank you for the photos, Rebekah!
Posted by Ruth at 20:21