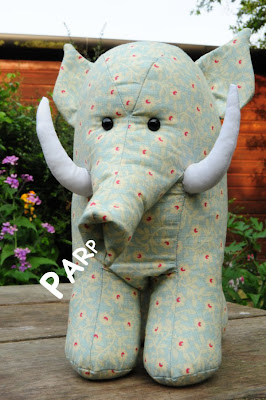 My new mammoth! Made from a lovely, faded, patterned fabric. It has a sort of vintagey, shabby chic look to it, so I'm hoping people will see him in as a kind of interior decoration, rather than a toy. Hey, who doesn't use elephants in their interior decoration?

This will be the first mammoth for the craft fair in July. Hopefully, I will have a few of them - plus one little one, and one big one! That's the plan anyway: we'll see how it goes.

And from other angles... 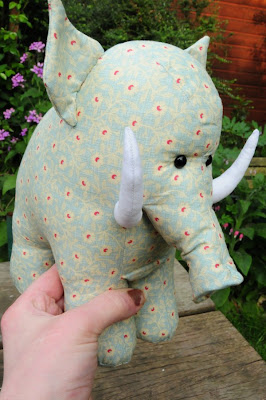 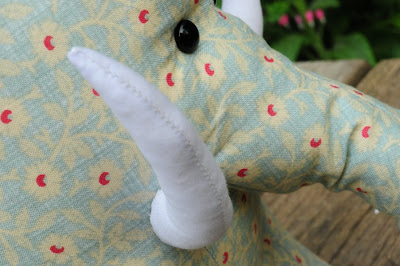 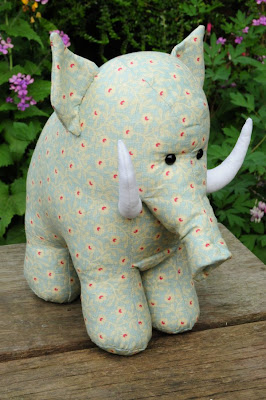 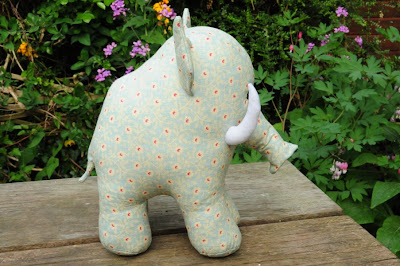 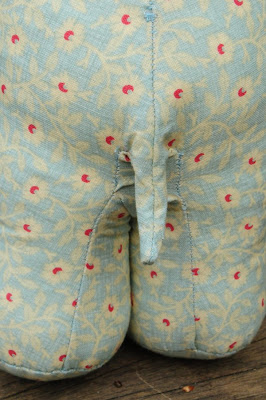 Okay, I did think twice about posting this photo, but I was so chuffed that I managed to sew a straight tail for once, I had to show you! 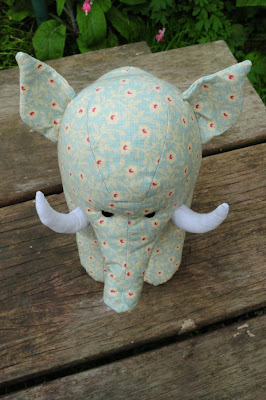 So, he gets put away until July.

I am hoping to have all-new stock for the show. When I used to do bear fairs, I would take all the bears from the unit at the Art & Craft Centre with me - leaving it empty for the day, which was never ideal. I should have more than enough time to make enough items to fill a six foot table ('should' being the slightly worrying part of that sentence).

The only drawback is that the unit is looking rather empty itself, since I was out of action for a while. Really, I need to work on filling that up. I will probably finish the mammoths (four of them) and then turn back to the bears again.
Posted by Ruth at 19:56

Email ThisBlogThis!Share to TwitterShare to FacebookShare to Pinterest
Labels: mammoth

I'm sure these will sell well for you. They are a lovely design.