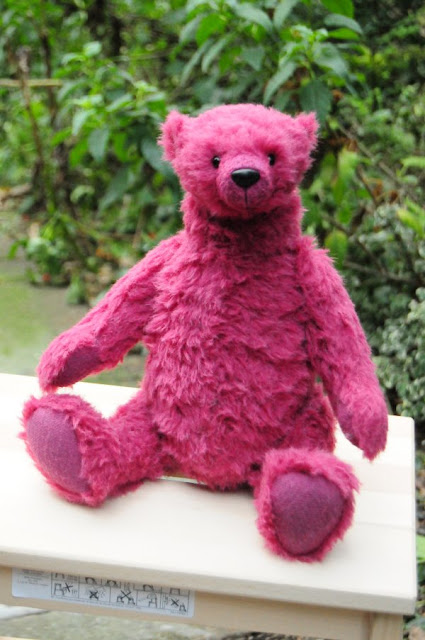 Are huckleberries pink?  I think they might be black actually, but it's too late now - the bear has already been christened.  It's not as bad as my bright yellow bear, called Poinsettia.

Huckleberry is a return to a previous design.  I haven't made this one in a long time.  I'm not sure exactly why.  I think I made quite a few, developing the design differently with each bear, and then something went slightly wrong, and they were no longer coming together in the right way.  That, and the fact that I needed some designs that were quicker to make, for the Art & Craft Centre.

I am very fond of this shape though.  It's all in the silhouette.  He has a very simple face - and I should probably work more on the detail - but he has a lovely realistic shape, with short sturdy little legs.  He could do with some detail on his paw pads, and a smoother transition from head to neck maybe.  I'd also love him to have a tail.  I've never managed that successfully though - it's either too high, or too low, or it sticks out at an odd angle.

I'm thinking of getting rid of the double-neck joint.  The point of the double joint is to allow him to be posed on all four feet, in addition to his ordinary sitting pose, but it doesn't work very well, because his arms and legs are at a slight angle to his body.  So maybe, combine the head and neck for this design and then create a separate bear that stands on all four feet, with different head and limb patterns. 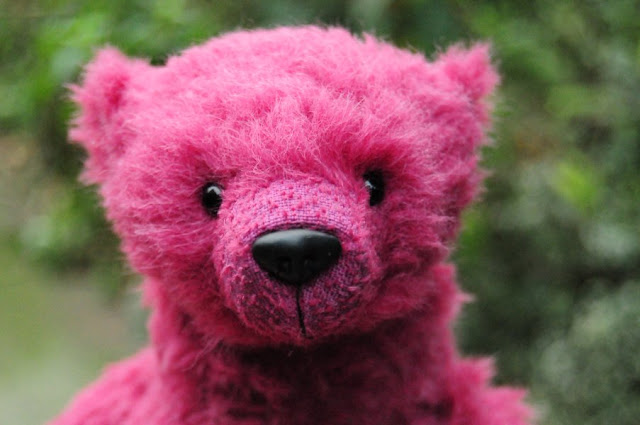 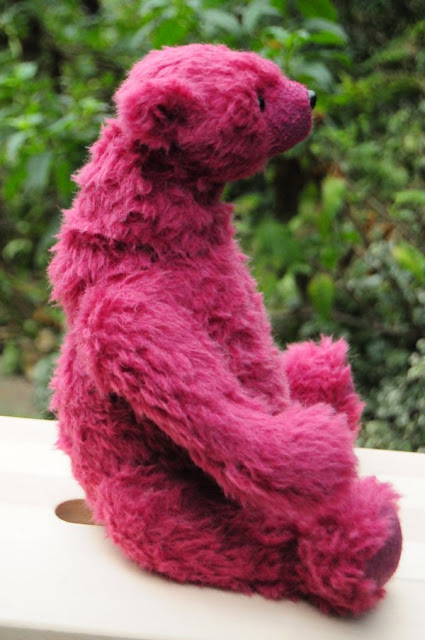 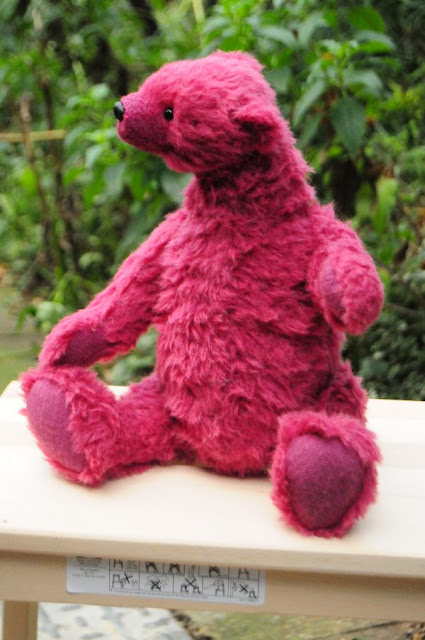 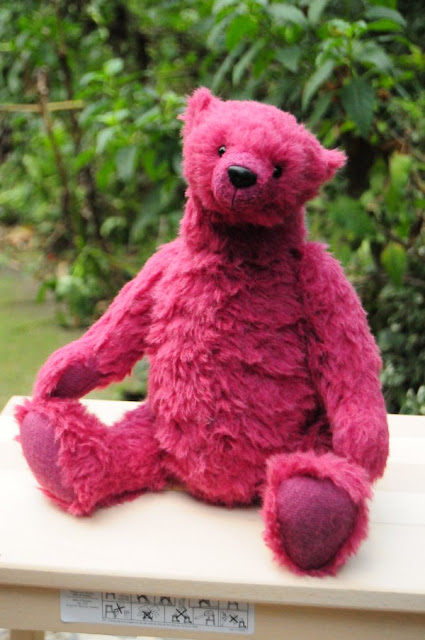 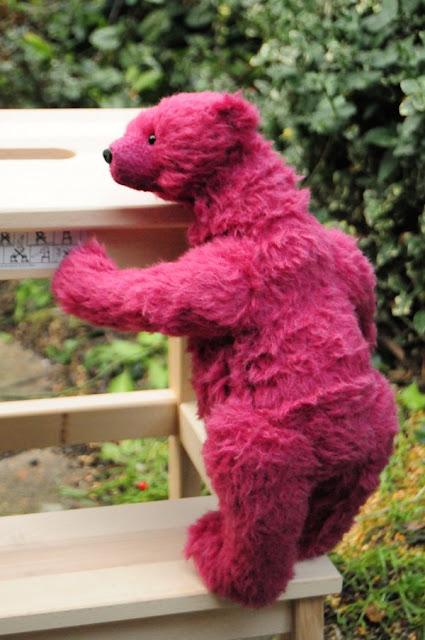 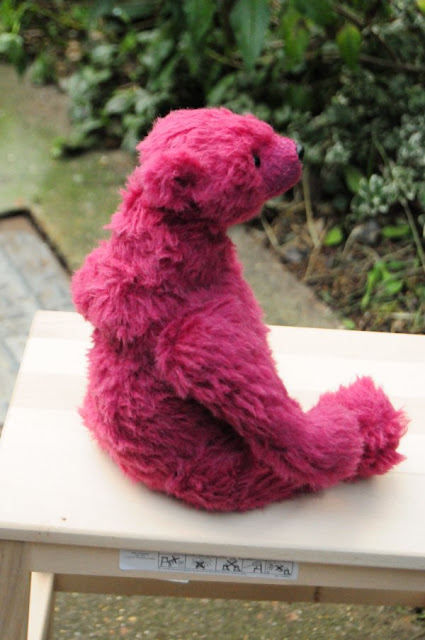 Oh yes. I spy sales ahead!

Fingers crossed. He now has a lovely gold and white waistcoat, which doesn't quite meet at the front, but which otherwise fits him to a T.

Can we see him with his waistcoat on? Love the colour.

Hi Polly. Yes, the colour is amazing. See next post for pics of the waistcoat.