Enough with the secrecy

Okay, things still aren't going particularly well.  I'm now up to 2.5 things made in 2012 (in almost 3 weeks!).  I don't think my idea of building up a stash of bears and then unveiling them all on the relevant holiday is going to work.  My brain just doesn't work like that - I'm no good at secrets or surprises, and if I don't sign off properly on one task, I can't focus properly on the next.  And 'signing off' on bears has come to mean posting their photographs on the blog and putting them up for sale in the unit.
Maybe I'm not a particularly 'seasonal' person either - although I still have high hopes for Valentine's Day (high hopes of making some Valentine's bears, that is).
Plus, I'm not particularly happy with my 2.5 things: it's building up to be a big anticlimax.
So, I kept meaning to make rabbits last year (the Year of the Rabbit, apparently), but never got around to it.  When I was deciding what to make in the New Year though, rabbits were right at the top of the list of things to do.  I already had a head design that I liked; the problems were a) the ears - which, if set into the head, require one to sew through four layers of thick mohair, and b) the body - I wanted to create what I tend to think of as a 'chimney pot neck', similar to that of my panda bears.  As it turned out, there was a c) - the feet, which took ages - but anyway, here is the prototype. 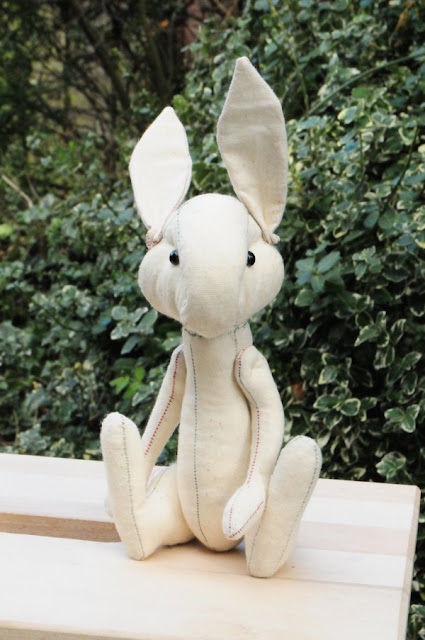 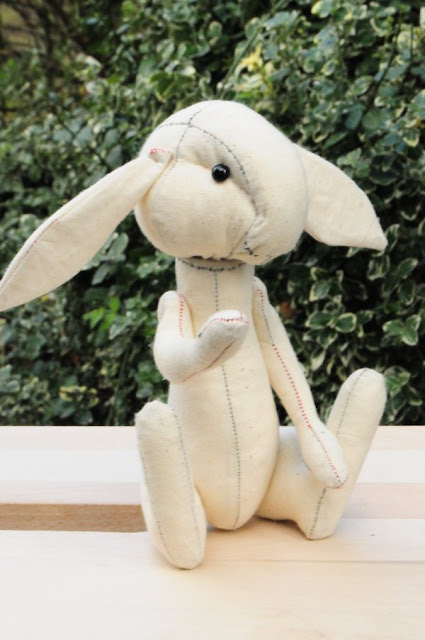 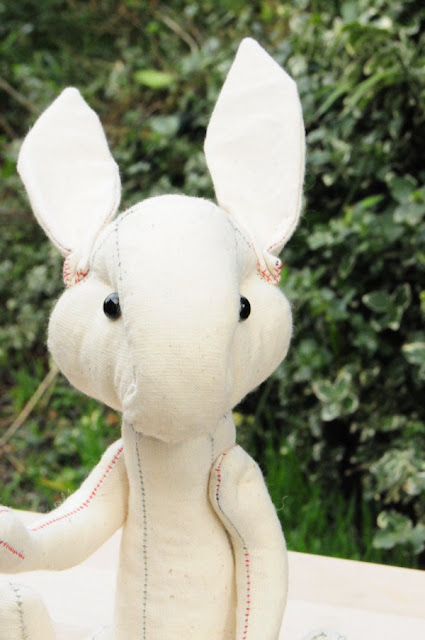 I kind of like him.  Slightly cross-eyed maybe, but he has character!  He is string-jointed apart from his neck, and the really lovely thing is that his ears are string-jointed too - so they rotate!  He's not for sale, so I've been a bit lazy about naming him.  His name is Bob.
For some reason, I'm not as keen on the mohair versions.  This is Greg... 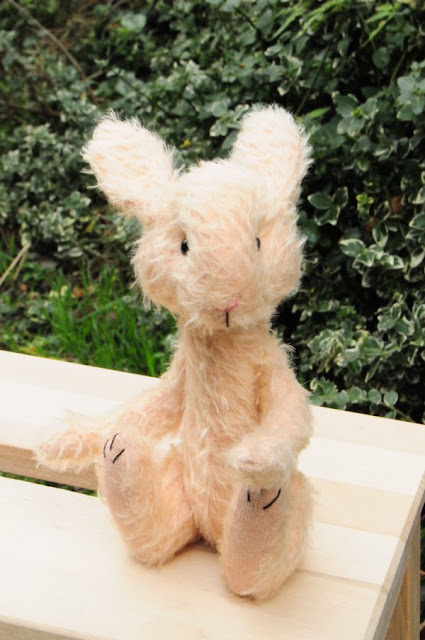 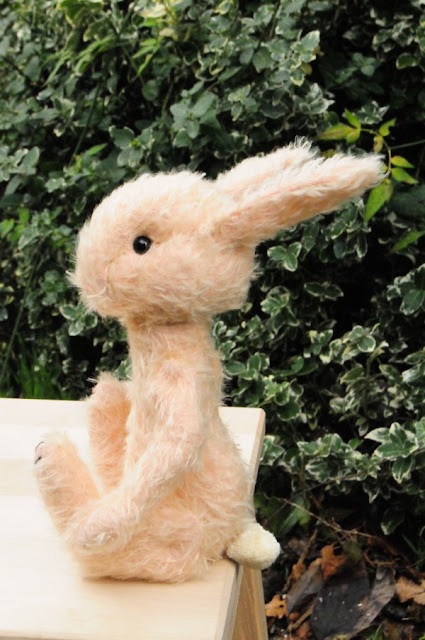 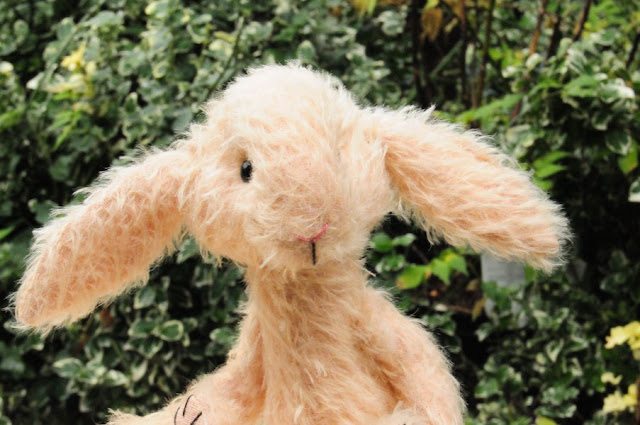 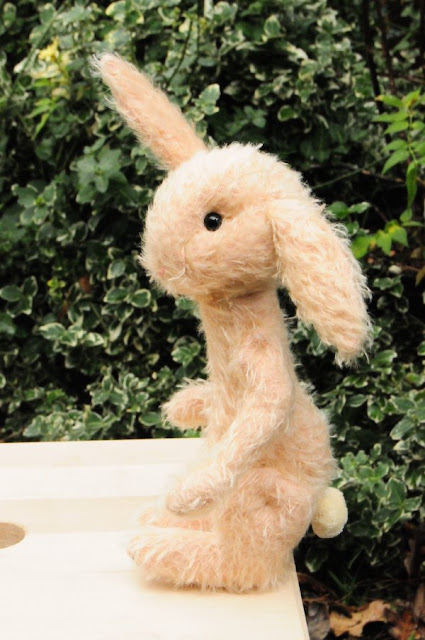 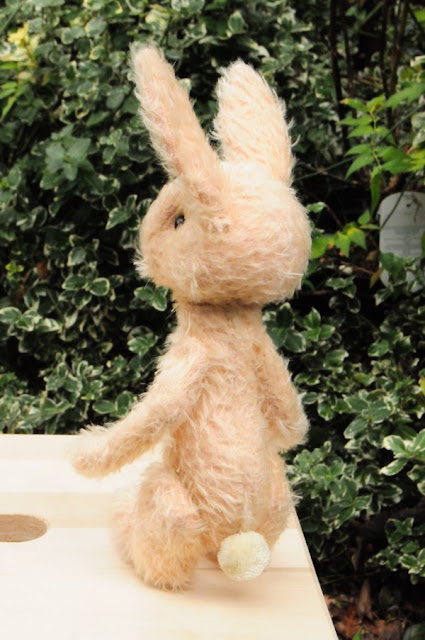 And this little pile of fluff is Pancake... 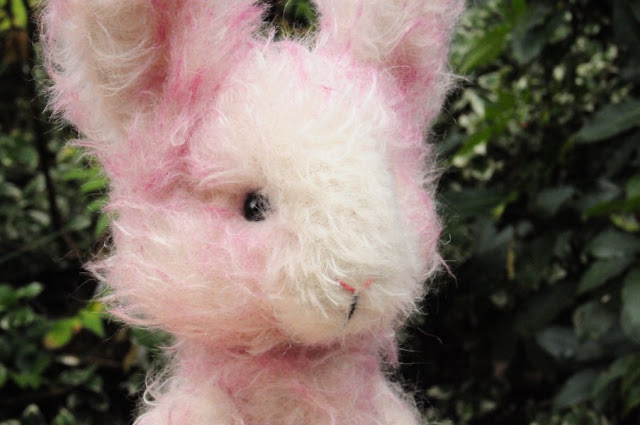 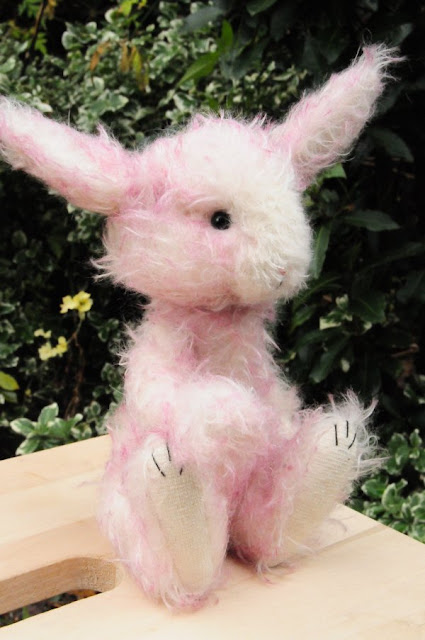 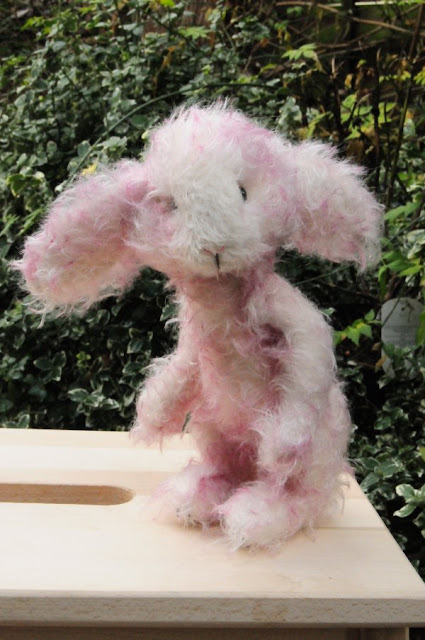 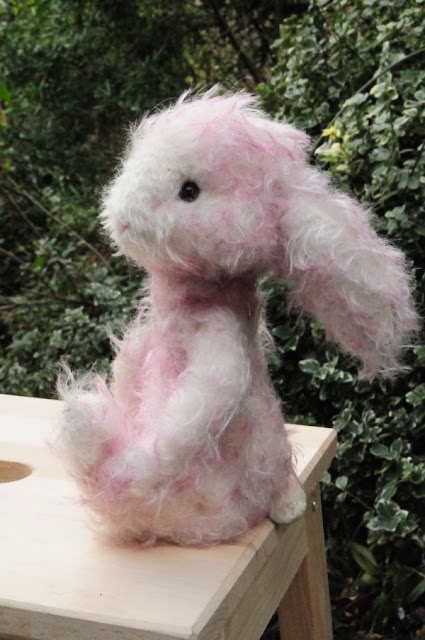 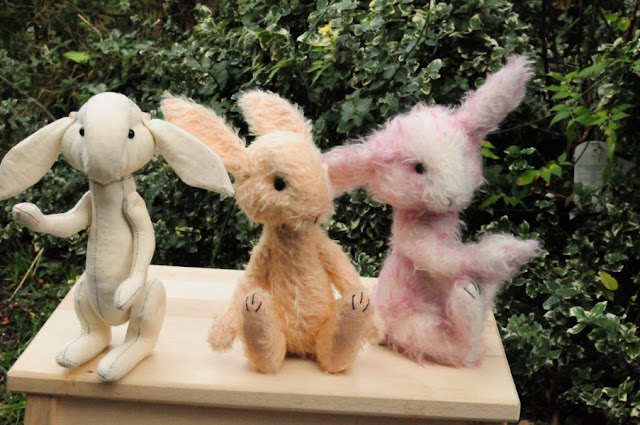 The mohair versions lost the clear-cut shape of the prototype, which was one of Bob's charms, I thought.  They also seem to lack detail.  I think that's the trouble: if something is made in plain cotton, the detail is in the shape.  If fuzzy fabric is used, this both conceals the shape and increases the level of detail needed.

Anyway, I'm currently debating whether to make any more.  And I'm considering making little floral drawstring bags for them.

In the meantime, this sad little figure is next on the list.  I like the shape, the pose, even the skinny little legs - but the legs are a problem for other reasons.  They are made out of flexible wire, and I need to reinforce it with fabric to the extent that it doesn't move.  It is proving difficult (she says, through gritted teeth)! 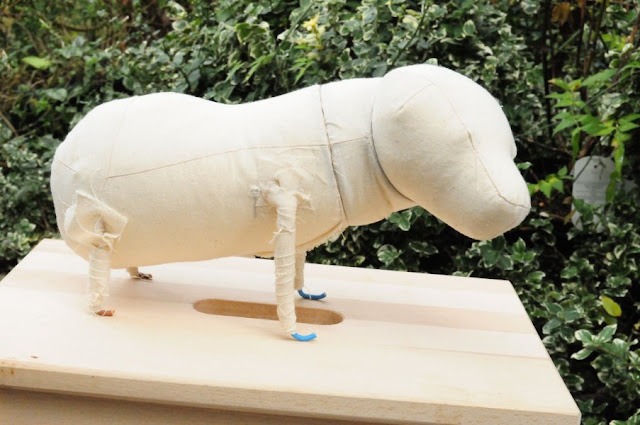 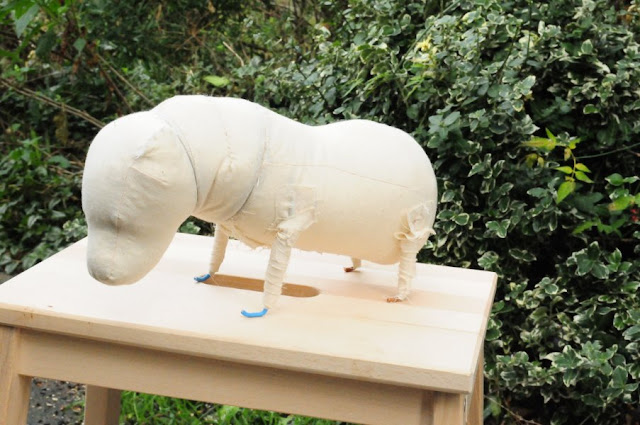 And, some nice music!

I like the cotton version of the rabbit too. Why don't you try making them in patterned fabric as with the Mammoths?

Hi Polly. Thank you (and Happy New Year to you)! I have been thinking about a cotton version. The downside is the seams, which would presumably be a lot more visible in cotton. I am currently trying a cashmere version - it's looking good so far. Maybe I'll try the cotton next.