I really should be more organized.  I've hit a point - yet again - where I've come to joint a bear and found I don't have the right size joints.  They should be here in tomorrow's post, so I'm sitting here twiddling with stuff - doing little things and getting frustrated!

I might try and make a start at coming up with a bird design while I'm waiting.  I've wanted to try and make one for a while now - ever since I got Abby Glassenberg's book.  Recently though - reading another blog - I found a link to a blog called Mister Finch.  Look at his birds!  They are absolutely stunning!  Apparently he usually makes dead birds!  Some of his subjects are a little macabre for me, but nevertheless I could look at his work all day; those finches are so charismatic.

In other news, our doors were darkened yesterday by the arrival of the scaffolding!  I'm not sure I like the effect - my fantasy of cooking in an open-air kitchen didn't include being cast into shadow by this ugly thing.  The pictures make it look better than it is - I had to lighten them considerably, which gives it all a cheerful, high-summer look.  In reality, it's rather grim.  Nonetheless, we shall of course be testing it ourselves when the builders go home tonight! 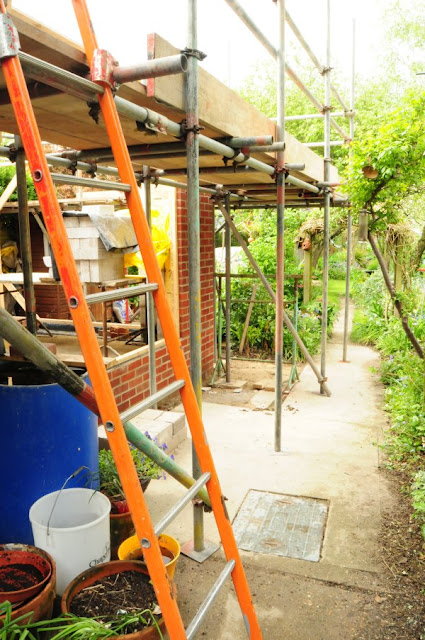 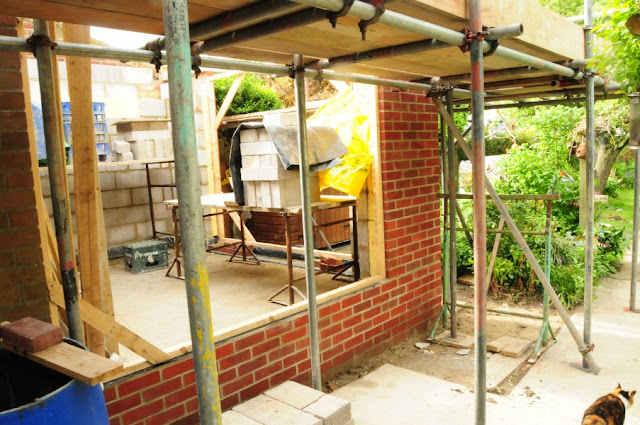 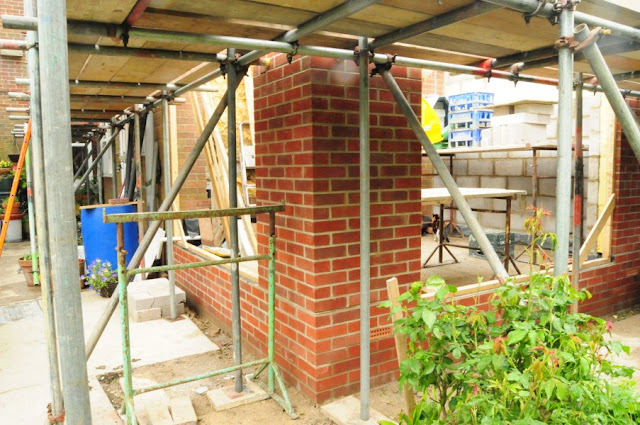 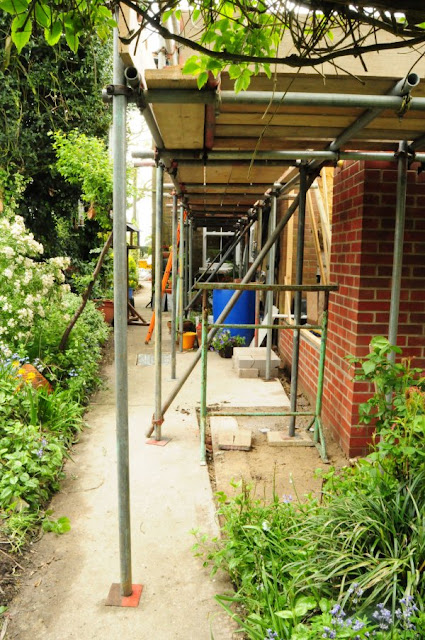