I'm still thinking about the craft fair post.  In the meantime, here're a picture of Rory sitting in front of his new catflap (which he doesn't use), by the new under-floor heating (which isn't on).  Such a contrary cat. 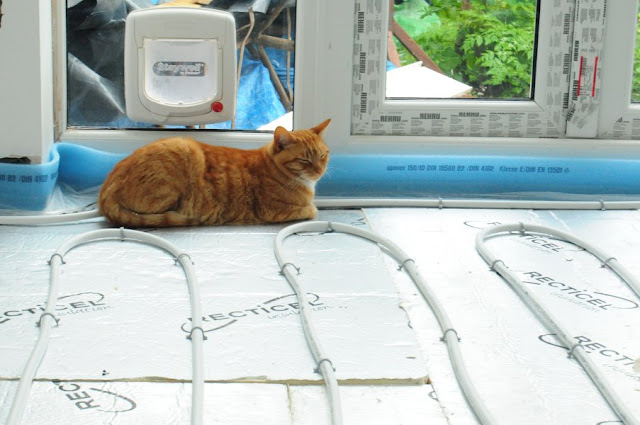 And here is my latest bear - Floyd.  I don't know if you remember my saying, a couple of posts ago, that I was making a bear but he had gone terribly wrong?  Well it was Floyd.  He turned out to have massively long legs (hard to believe, looking at him now) and they had to be cut down to size.

He is a larger, cushion-sized version of three little bears I made some time ago.  Two of them sold quite quickly and the third, Ned, I took to Clare Priory with me.  He did not find a home, but caused much comment.  Lots of people seemed to like him.

I would like to make more of them, although I think - like the mammoths - they are probably more practical in the smaller size. 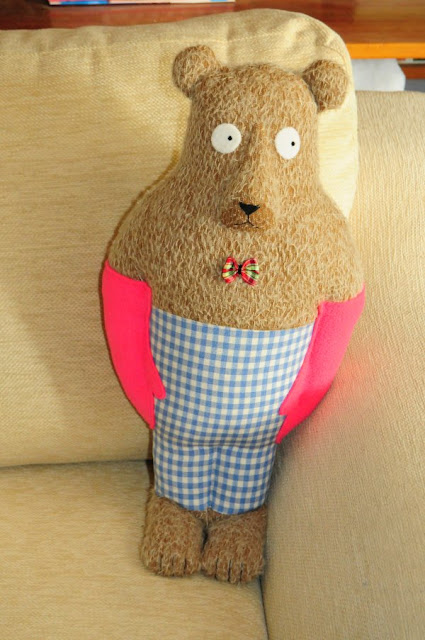 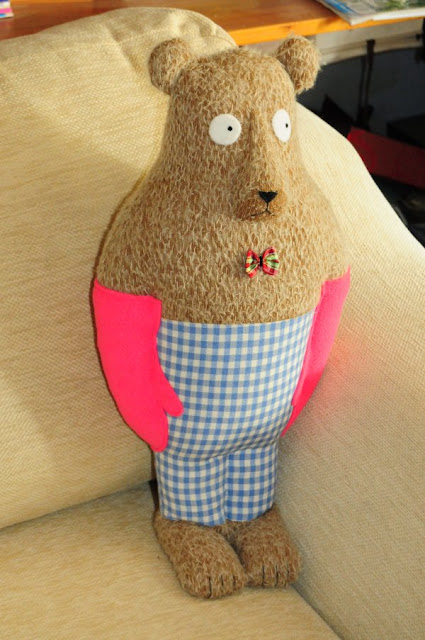 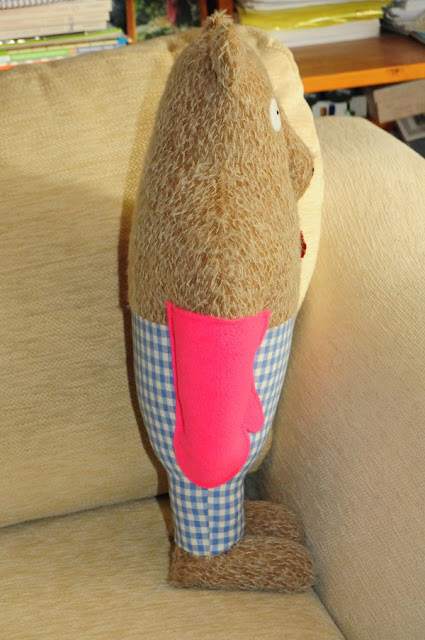 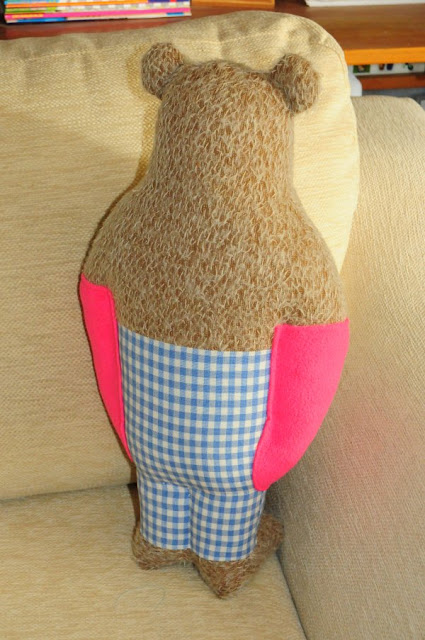 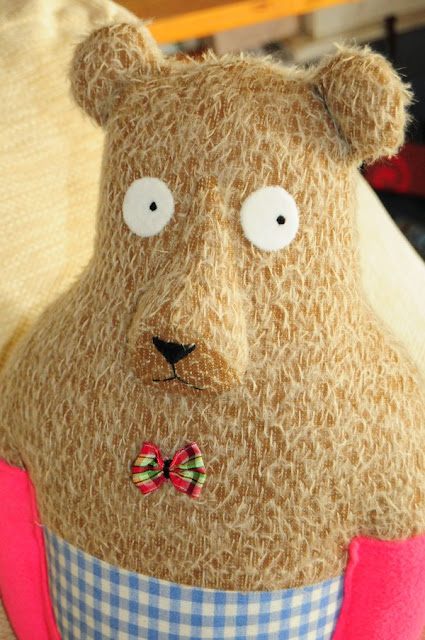 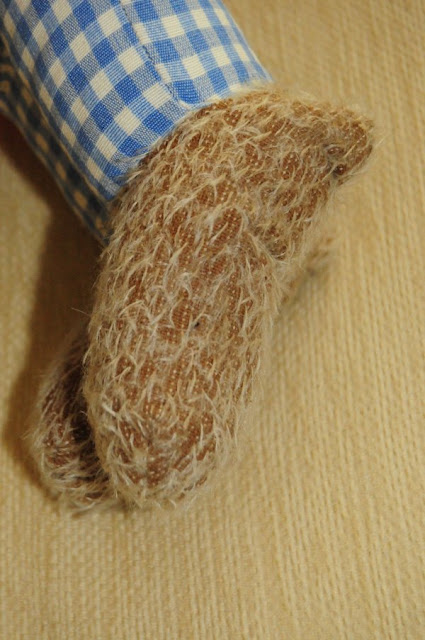 You do come up with new ideas. You must have a good imagination.
Floyd reminds me of a skittle.:)

He's nice!
I like the bow tie and fuschia marigolds.

Could the eyes possibly boggle a bit?