This is a kind of 'filler' post, whilst I fight with a bear.  Isn't there some kind of Shakespearian quote to that effect?  "I am gone forever!"  [Exits left, pursued by a bear.]

Things are not quite that bad yet, but they are getting there.  I had this bear in mind and the actual bear I've been working on for the past week looks nothing like him.  I kind of like the actual bear anyway, but I think that might be just because I've been looking at him for so long that I'm getting used to him.  When anyone else sees him though, they tell me how strange he looks - not a good sign.

So, he will be shelved for the time being, and I will go back and reassess and see if I can get actual bear and abstract bear closer together.

In the meantime, there has been a little progress with the kitchen.  The new floor tiles are down in the extension.  They are much shinier and more glamorous than we expected, but they are quite pale and neutral and have a sort of outdoor-patio-look, which is what we wanted. 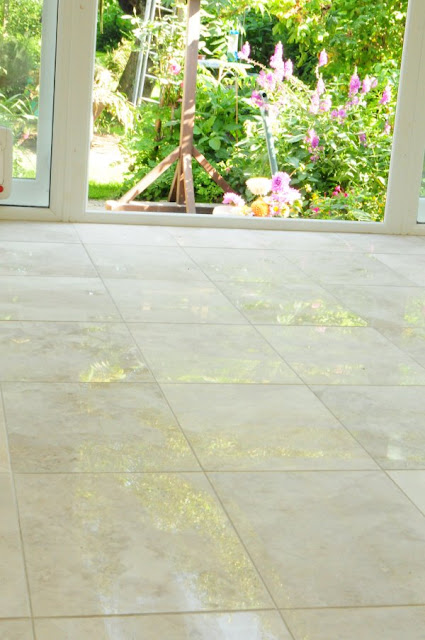 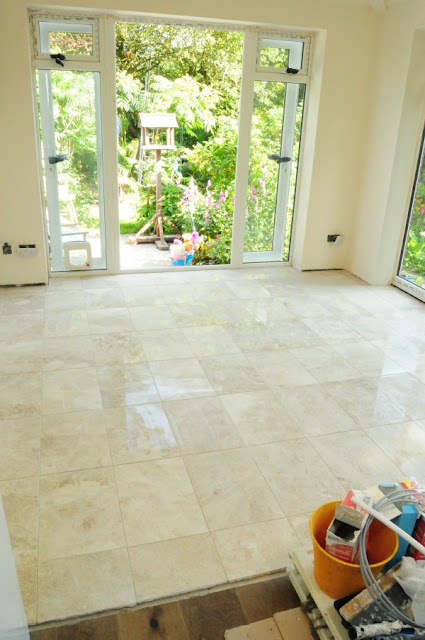 The new Ikea units arrived on Friday too, but they won't be put in until next week, so at the moment our kitchen looks like this... 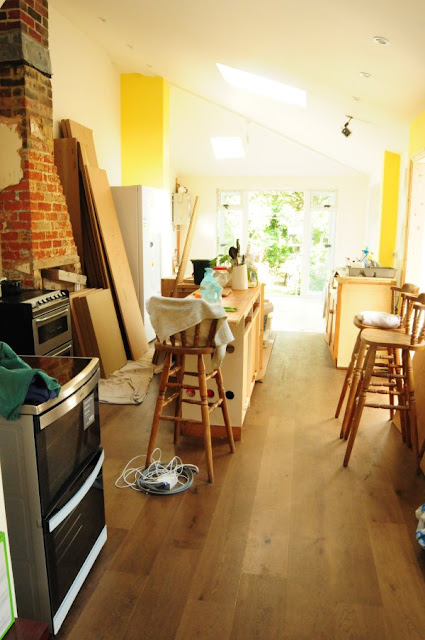 Oh yes, and as you can see, we've had bits of the wall painted yellow (which looks fabulous), and we have a new oven (front of the photo, on the left), but again that won't be installed until next week.
Posted by Ruth at 11:15