My meerkat is a complete disaster.  My face must have been a picture when I'd finished putting him together - he looks nothing like I'd planned.  I think I must have done something wrong when I was making the face: he's lost all the straight lines and sharp angles of the prototype.  And despite my trying to come up with a square, flat-topped head (and succeeding, in the first attempt, I thought), this one is rounded.

And the muzzle is all wrong, his balance is out, his shoulders are terrible, his limbs are too big and clumsy.

You might reasonably ask why I'm posting his pictures if he's so bad.  The answer is because those blogs which have been most useful to me are the ones which admit the disasters as well as the successes.

I might have gone a little too far, in showing something in which nothing at all went right - so I felt yesterday, after I'd finished sewing this one.  It was a truely depressing moment.  However, I honestly think I have lots of moments like this when I'm trying to come up with new patterns.  My mistake this time was to leave it so long - so this felt like a long-awaited result for me, rather than just part of the process of getting a design right.

So, the question is, not so much what went wrong, but what went right with this?  Well, he is very silky and tactile, and his limbs have a lovely shape to them. 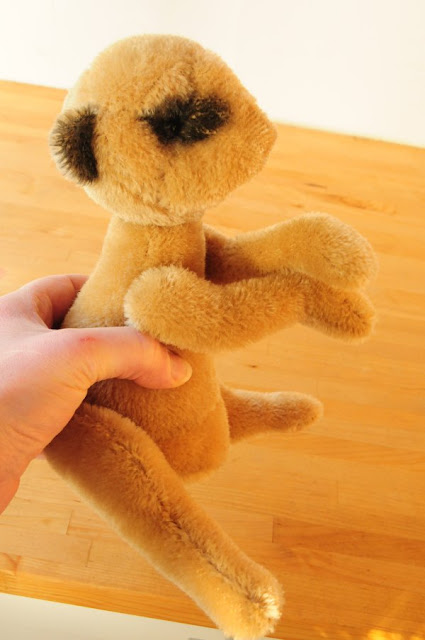 I like his backside too.  I think it might be because it is the only part of him that I managed to get perfectly symmetrical. 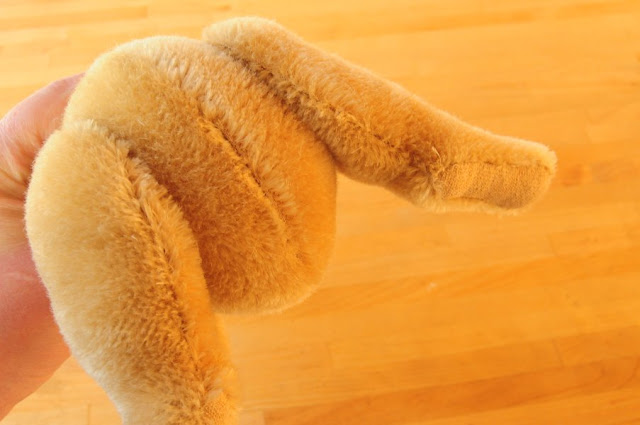 He has lovely feet - and they would be meerkat-like, if they were needle-sculpted and painted.  They are just proportionally too big for him. 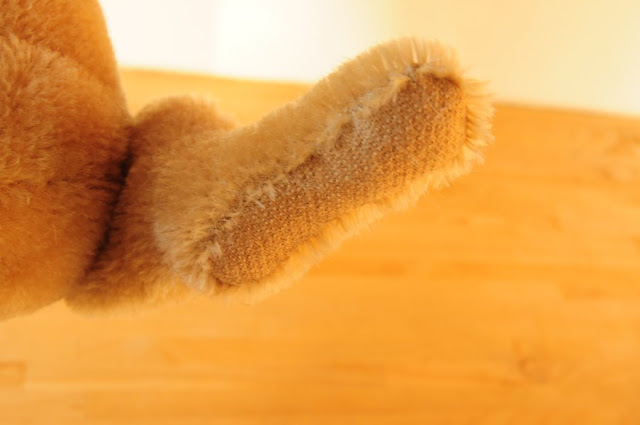 I like that 'T' shape on the back of his head, and the way he gazes upwards. 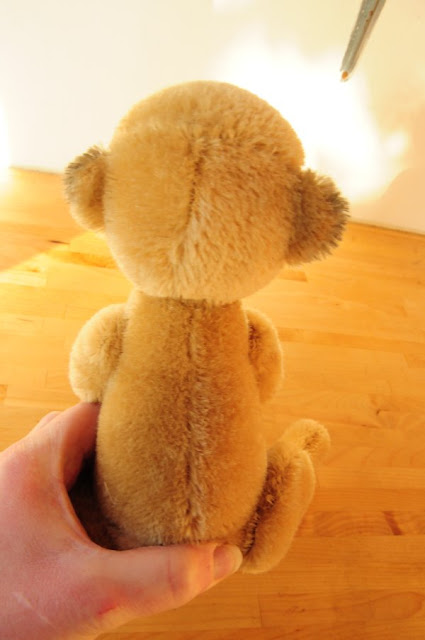 And although I'm not convinced they're particularly meerkat like, I think the hands are very sweet.  They remind me of that bit in Blackadder, with the actors - the little routine they go through when anyone says the word 'macbeth' - 'aaaaand, one potato, two potato, three potato, four...' 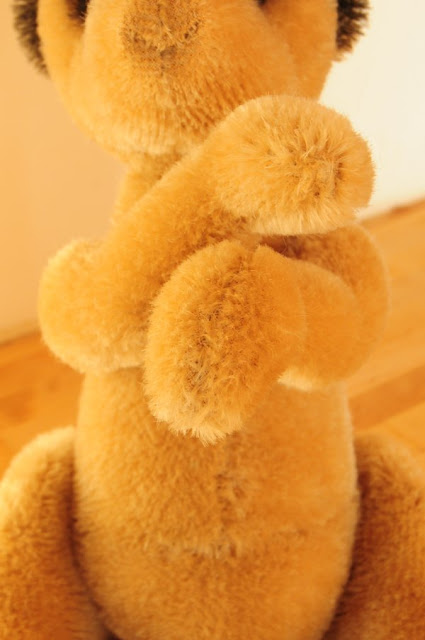 Anyway, I do like him more today than I did yesterday, so I am slightly more cheerful.  I think it is the face that needs changing the most, so I am off to work on that again.
Posted by Ruth at 09:18