The next thing on my list - having shelved the meerkat - was Christmas wreaths.  I had an idea for wreaths a couple of years ago, but I never got round to doing anything about it.  It includes a design of bear for which I've lost the pattern - but that design was an adaption of my realistic bear pattern, of which I do still have a copy.  So, I decided I would make a bear from the realistic pattern to test it, before trying to re-adapt it for the wreaths.

Anyway, I don't know why I'm boring you with the complicated explanations.  Meet Nicholas...! 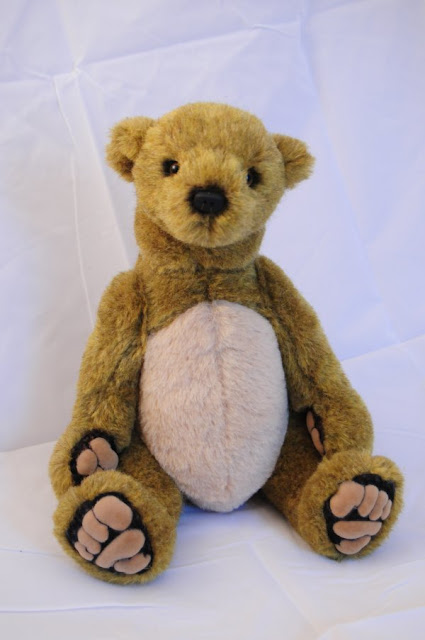 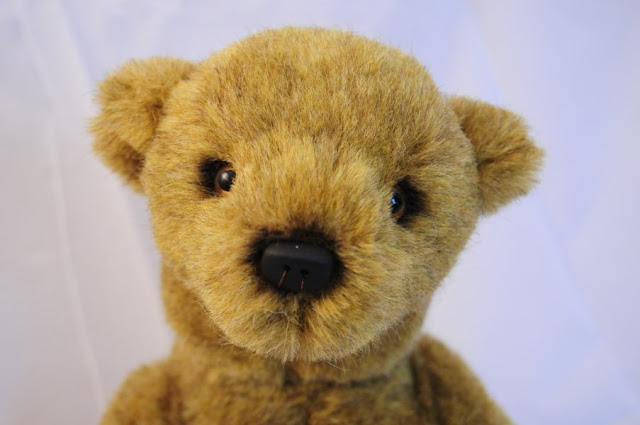 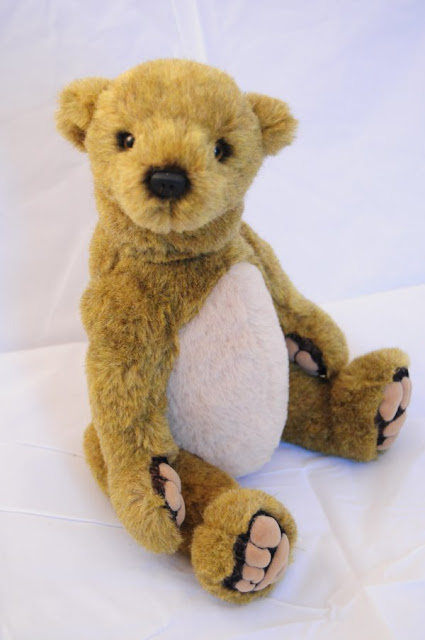 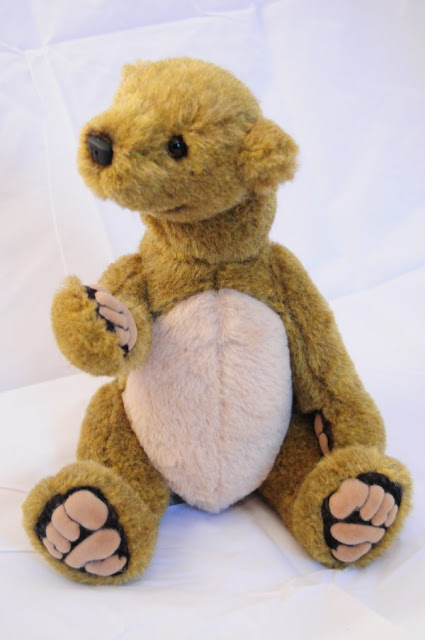 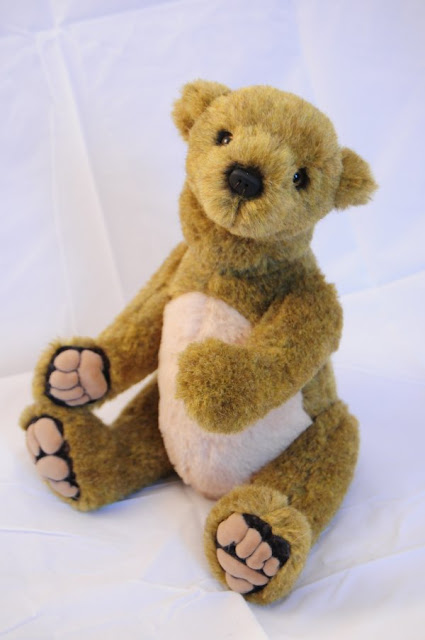 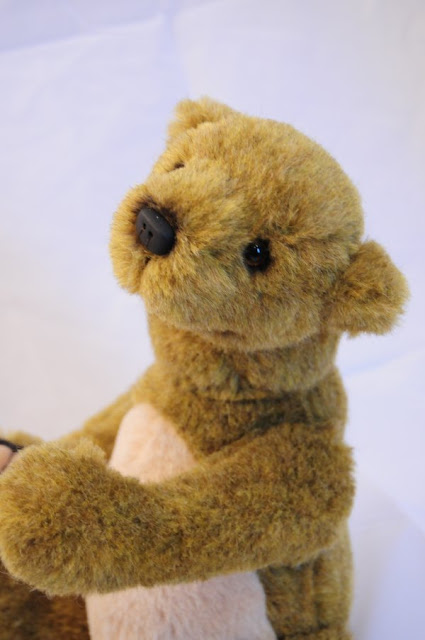 It is quite nice to revisit an old pattern, although he's not my favourite - and it does feel like a bit of a step backards.  I do like his feet though!  It's the first time I've tried making the paw pads like that - they are really tactile.

What do you think of the background?  Somebody very kindly let me a photo tent-thing recently, so I thought I'd have a go at it this morning.  It's not easy to use - it doesn't come with any instructions - and god only knows how I'm going to get it back in the bag, but the idea definitely has potential.  Below is the picture of the tent - with external spotlight (and that's what I didn't know - you really do need those spotlights).  Below that is a picture of Nicholas with the background removed in Paintshop Pro.  I guess that's where the tent was most useful.  The wrinkled-sheet-background doesn't do much for me, but it is easier to remove than the other backgrounds I've used. 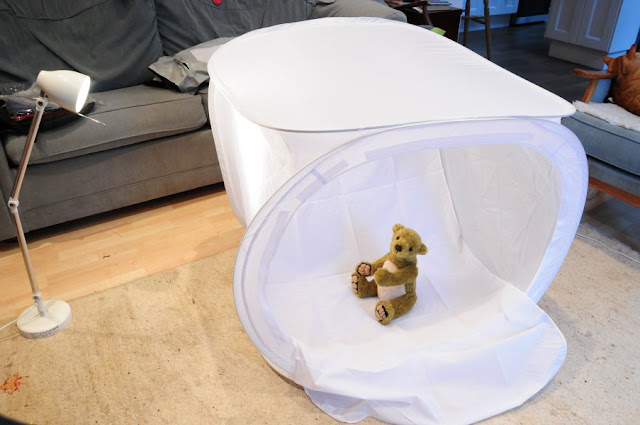 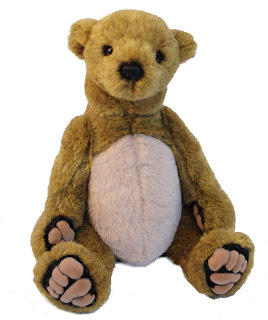 Oh, he is lovely! It's a shame you think he's a step backwards. The paws are great and the tummy is very distinctive.