I cannot believe it's been a week since I posted the pictures of Max!  I'm meant to be being super-productive - what is going on!?

I think it might just be that I've been doing a lot of days on the desk at the Art & Craft Centre - I've had two full weekends and Wednesdays as well.  I swear I have only spent three of the seven days working on Orville - this bear... 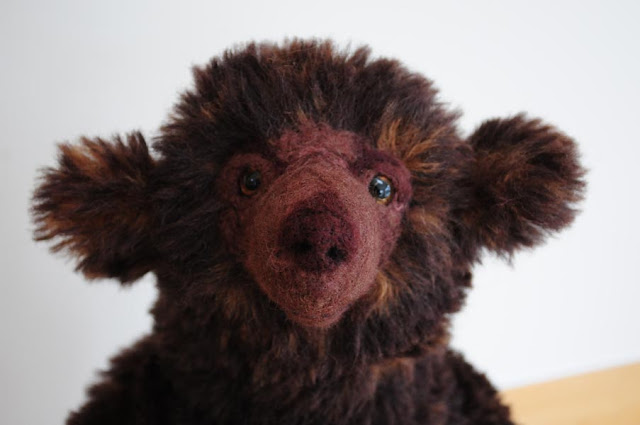 Orville is my third attempt at needle-felting - what do you think?  I wasn't keen at first: he has a very bald face.  I was trying to get the eyelids right, and as far as I can tell, you can't have needle-felting and mohair fluff at the same time - the former flattens down the latter.  So once I'd finished the eyelids - which took a long, long time - I suddenly realised that there was no fur left on his face, which came as quite a shock.

But I have warmed to him - I do think he looks quite realistic.  Possible next time I would place the eyes in a bit (and down a bit), so the bald bit is smaller.  And perhaps I would trim the actual fur, so there's more of a subtle graduation between the face and the head.  It would also be interesting to have a go at forehead wrinkles - or a frown!

But I like Orville's shaggy brown fur and jug ears.  I like his paw pads too.  They became a casualty of the dark photos, but trust me - they're terrific! 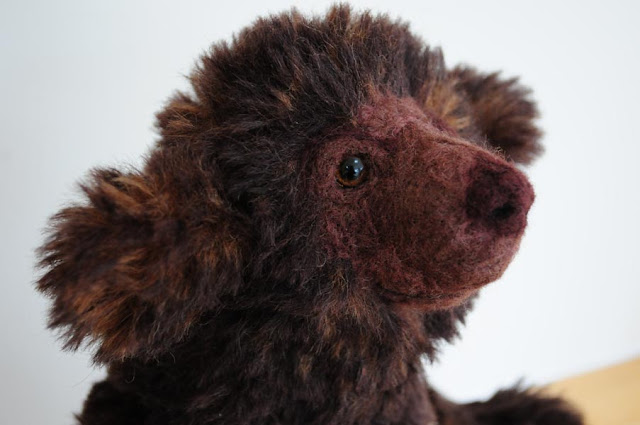 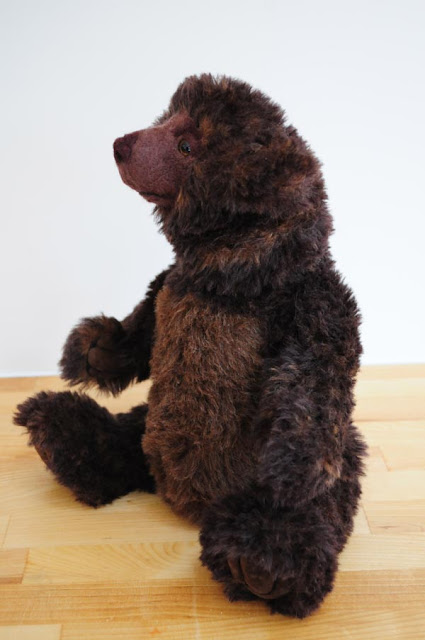 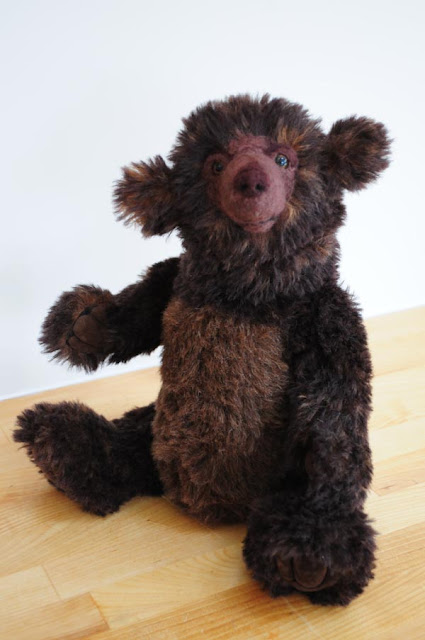 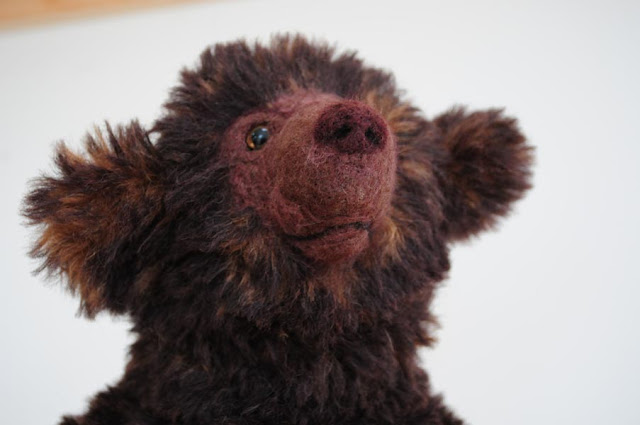 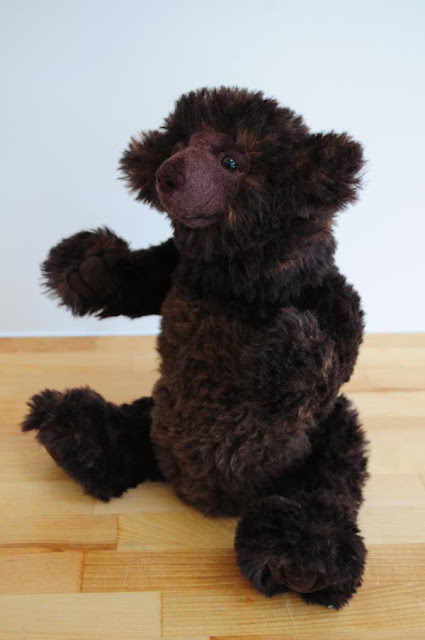 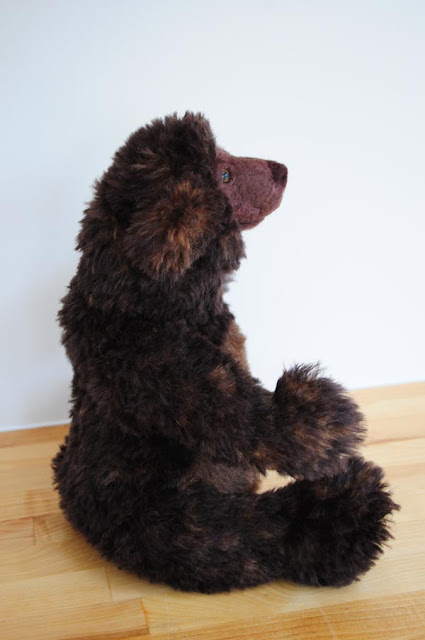 Hi Ruthie,
I haven't had a chance to look for a little while and now i find you've tried a whole new technique! I love the noses. Morrison is especially effective in terms of colour and shape i think. Orville is good too (all that practise?) but i think the colour is a bit pink for him. If you have white, can you dye some? Coffee can work well if they're not going to be washed - lots of other types of dye available if you do want the colour to be fast too. The places i bought fibre from didn't have that much variation in colour, so you might be better testing at home? All of the noses have really good shape though! How on earth did you get the felt to stay over the eyes? Do you do the paw pads in felt too?