My mother has gone off to Peru on holiday, so for a whole week the cats and I have the house to ourselves.  We are feeling a little mopey at the moment, but we have a few grand plans for the week ahead.  The first of these is to cook some new and interesting food.  Not that my mother doesn't like new and interesting food - she does - but when 'new and interesting' turns out to mean 'weird and inedible' in practice, it's definitely an advantage to be feeding only yourself. 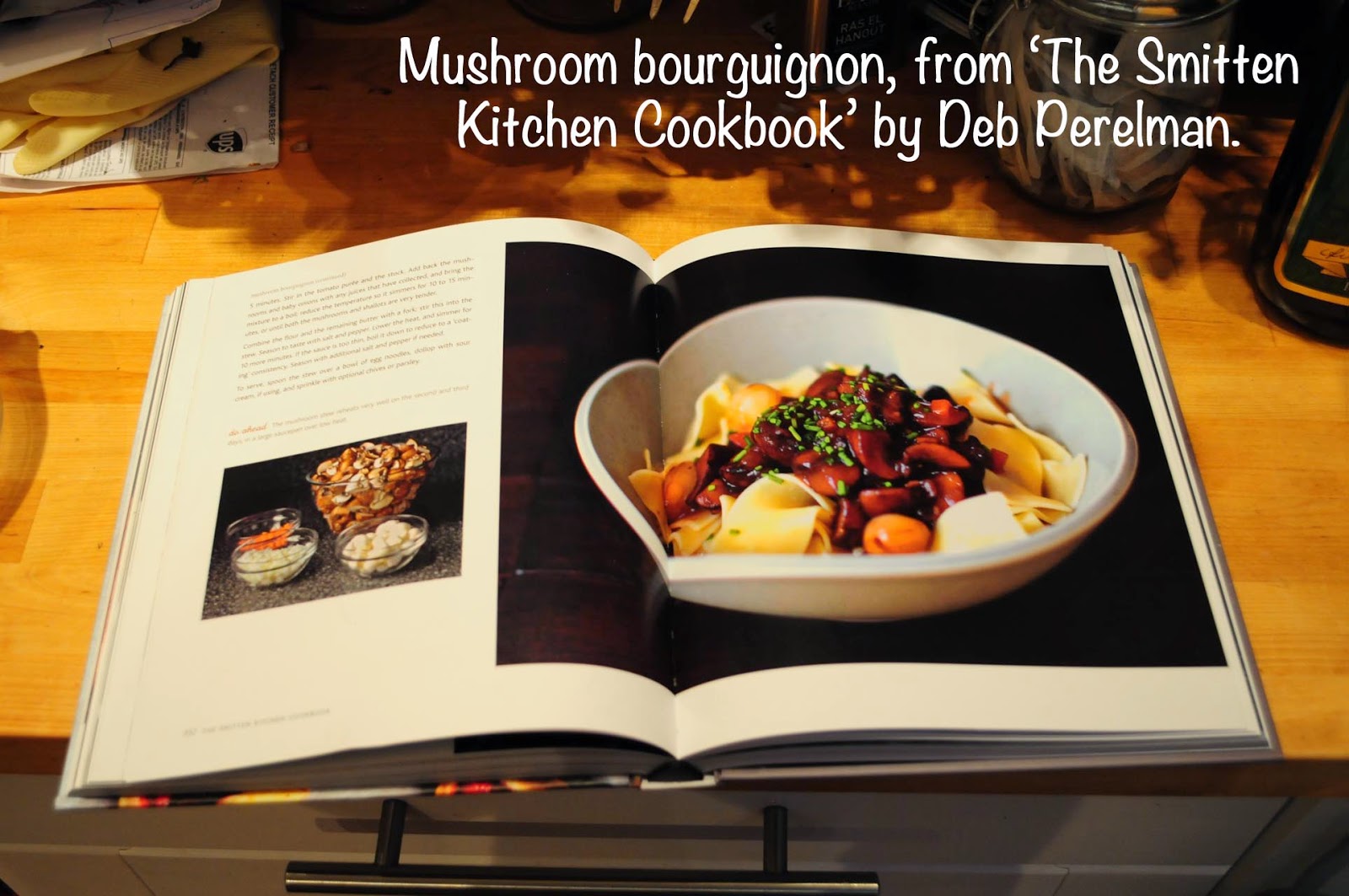 I added courgette instead of baby onions, and white wine as opposed to red.  I didn't have any egg noodles or tomato puree, so I decided to try couscous and juicing some cherry tomatoes instead.  Oh, and I added chestnuts.

I thought the white wine might make the whole thing look rather anaemic, but actually - since every vegetable component was browned before the wine was added, it didn't look white once I'd poured it into the pan.  And at one point I feared the juiced tomatoes were a mistake (they went pink! pink!) but actually, again the colour dissipated in the pan.  After that it started to smell really good, and when I added the butter and flour at the end, the sauce went lovely and thick and shiny.

I think I added too much salt, but actually it was really nice.  However, even though I halved the recipe, it still provides two large servings, so the acid test will be what it tastes like tomorrow when I heat it up for lunch.

In the meantime, I must figure out how to take a decent photograph in the artificial light... 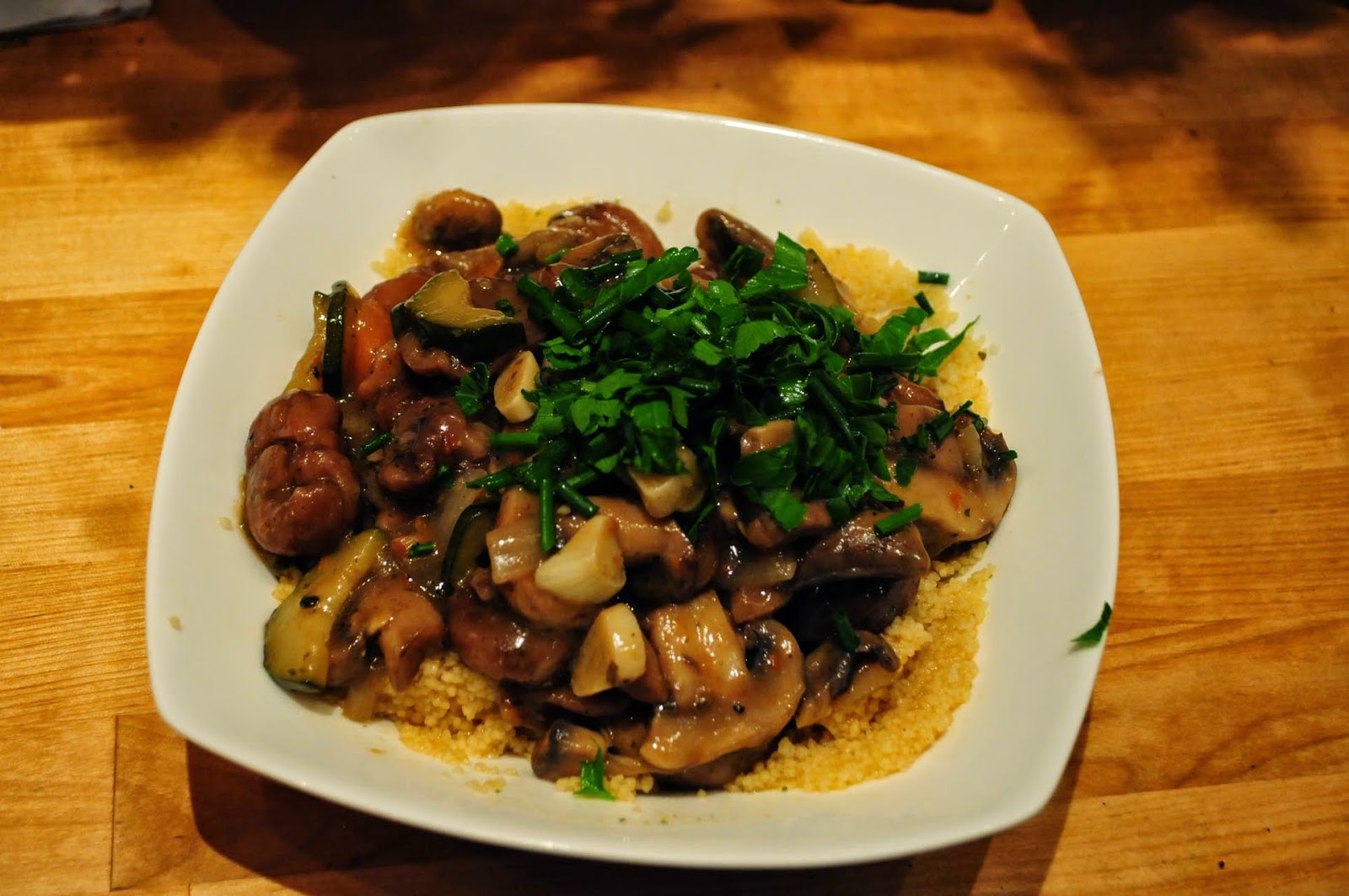 Edited to Add… Yep - tastes pretty good the day after too!