My first big show this summer will be the Teddy Bear Artist Event at Stratford on 15th June.  It's seemed like ages away from months and now suddenly it's too close for comfort.

Of all the shows I'm doing, this one is probably the most problematic, because it's a specialist bear fair, rather than a craft fair, and most of the other exhibitors will be selling one of a kind designs.  I must have mentioned this before, but I tend not to make one of a kind bears anymore.  They take weeks to design and several days to make, and I can't sell them for enough money to make it feasible to just turn away from the pattern and never use it again.

The one-of-a-kind thing does seem to be important to collectors, and although I know that there is some fudginess as to what it means precisely - for example, is it still OOAK if you make that bear again in a different colour, or in a different size, or with different shaped arms, or with some extra characteristic like a tail, or eyelashes, or whatever - these days I'm really not prepared to spend time worrying about it.  My bears tend to be all different, but the designs are not one of a kind.

So, I need to make up for my failures on the OOAK front by coming up with some truly spectacular designs.  No, that doesn't mean I'm making a spectacled bear.  I'm going to make a moon bear!

I have tried making realistic moon bears before (see the pictures below), but I've been re-inspired by following the Animals Asia Facebook page, which has been posting some wonderful pictures.  My first attempt - years ago - (below) was an albino (I've no idea if you really get albino moon bears), and sat on his haunches.  The second and third ones were more traditional but, looking at the close up photos, I think they suffered from the different shades of black mohair I was using.

I have created a Pinterest board to collect pictures of moon bears as inspiration.  I want my pattern to be quite long-bodied, and sitting on his haunches (but without looking stocky like my albino bear).  I want him to have a very wide neck, with long black mohair; a very wide, flat forehead; a long, square muzzle; and those fantastic, characteristic curly ears.  He won't have an open mouth, like the bears in the pictures below, and he won't have claws (too complicated!).  I'm going for shape, rather than fancy characteristics.

Fingers crossed I can get it done before 15th June - I'll keep you posted! 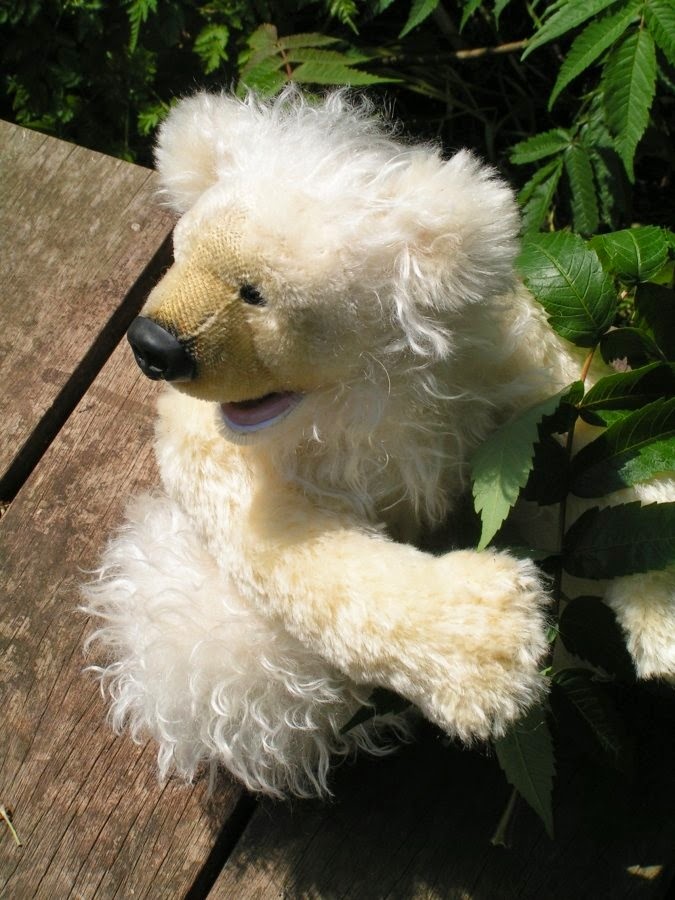 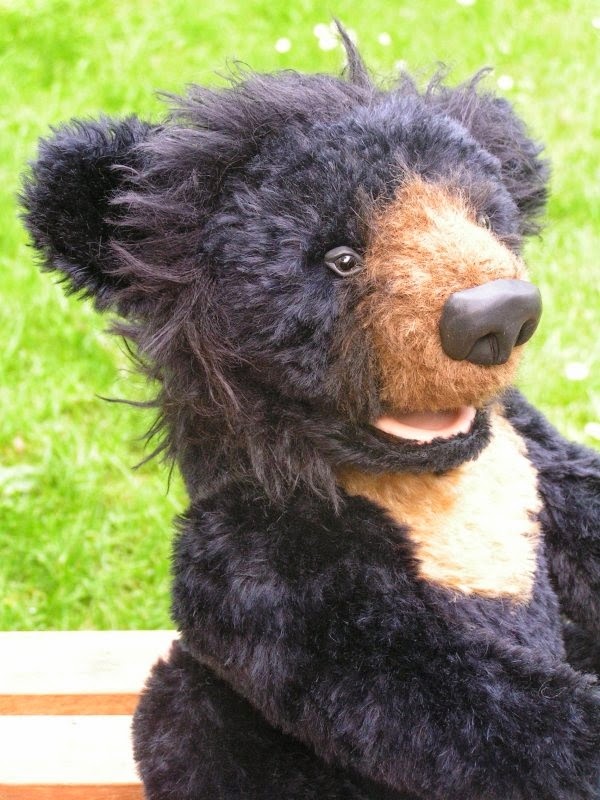 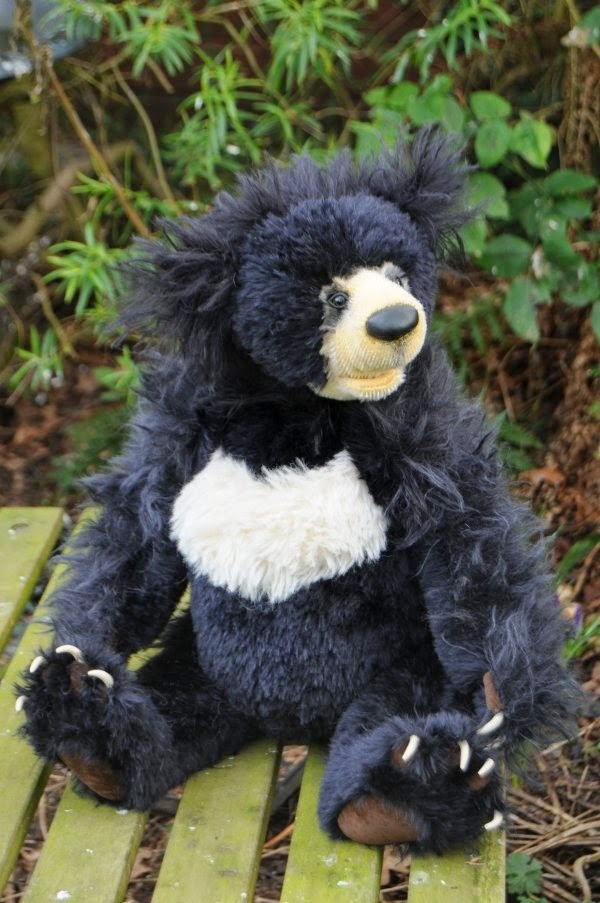 Yes they are still one of a kind, if they are the same basic pattern but with something added. Especially if you add a tail or change the arm shape. I think that collectors want to know that there is not another identical bear. Not that its the only one ever that is even similar in shape.For example these 3 moon bears all look completely different, each of the people who got one of these got one that was one of a kind.

But there is a big grey area between 'identical' and just 'similar in shape', and I think different people draw the line in different places. Re these moon bears: there are multiple differences between them - mohair colour, limb design, claws, facial shading. I am reasonably happy that they're all unique, but I don't often feel that way.