I am really not looking forward to the show this weekend - particularly since it looks like its going to be a five o'clock start.  In addition to being a nervous wreck, I shall be asleep - can one be both?  This morning my black linen finally turned up(!)  It's far too late to make any more crows for the show but by the next one, I will have my little gang of them.

In the meantime, I have made a few more things - this little yellow bird, perhaps called Boris. 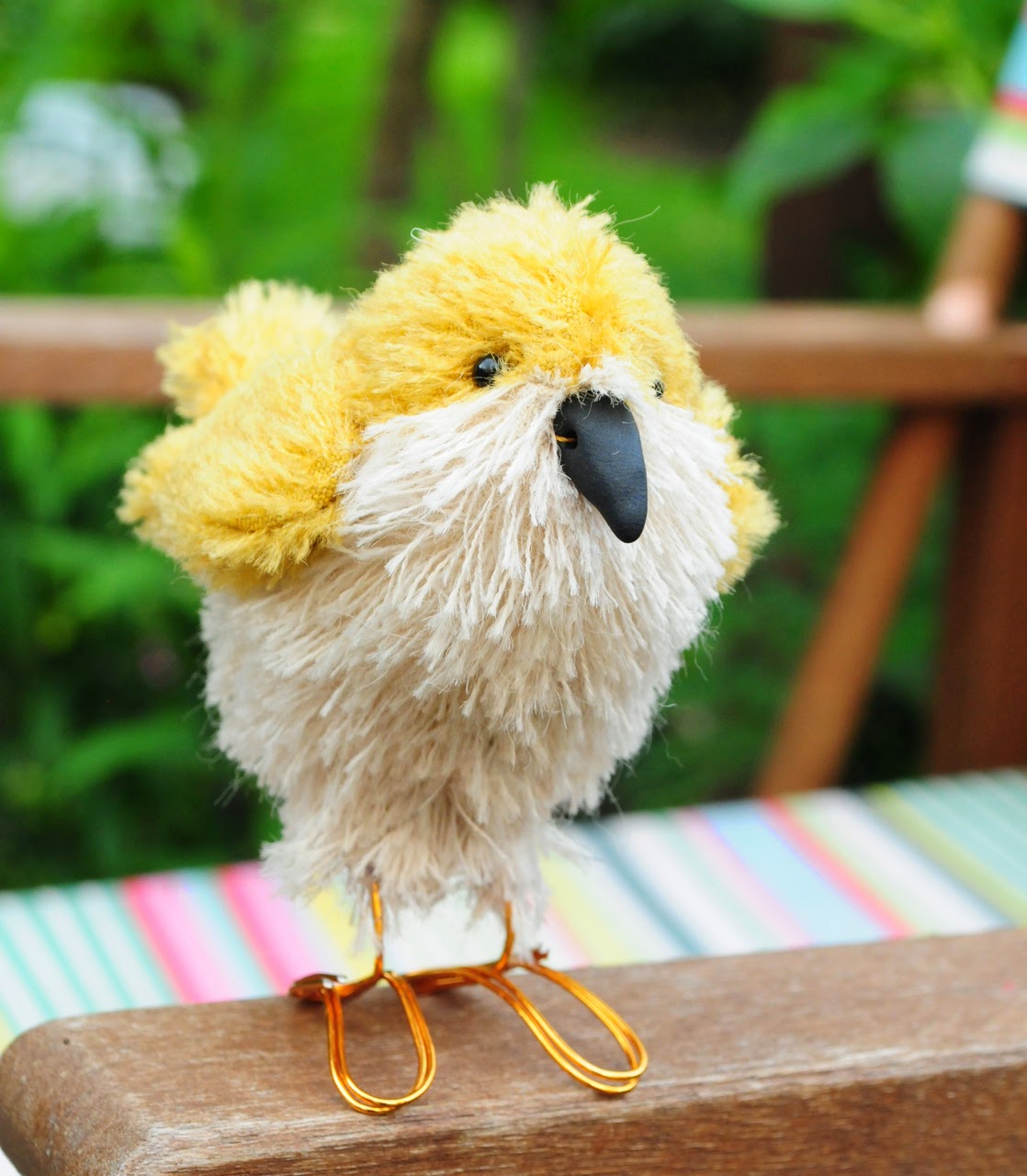 The organisers of the show run a competition, which visitors cast votes in.  I am entering two birds in a category called 'The Perfect Pair'.  The crow is one of the ones I made a while ago - she's called Mildred.  The little wren I've just finished, and he's called… Milton? And, since Holroyd found a home recently, I thought I'd make another bear of that design.  This is Plummie! 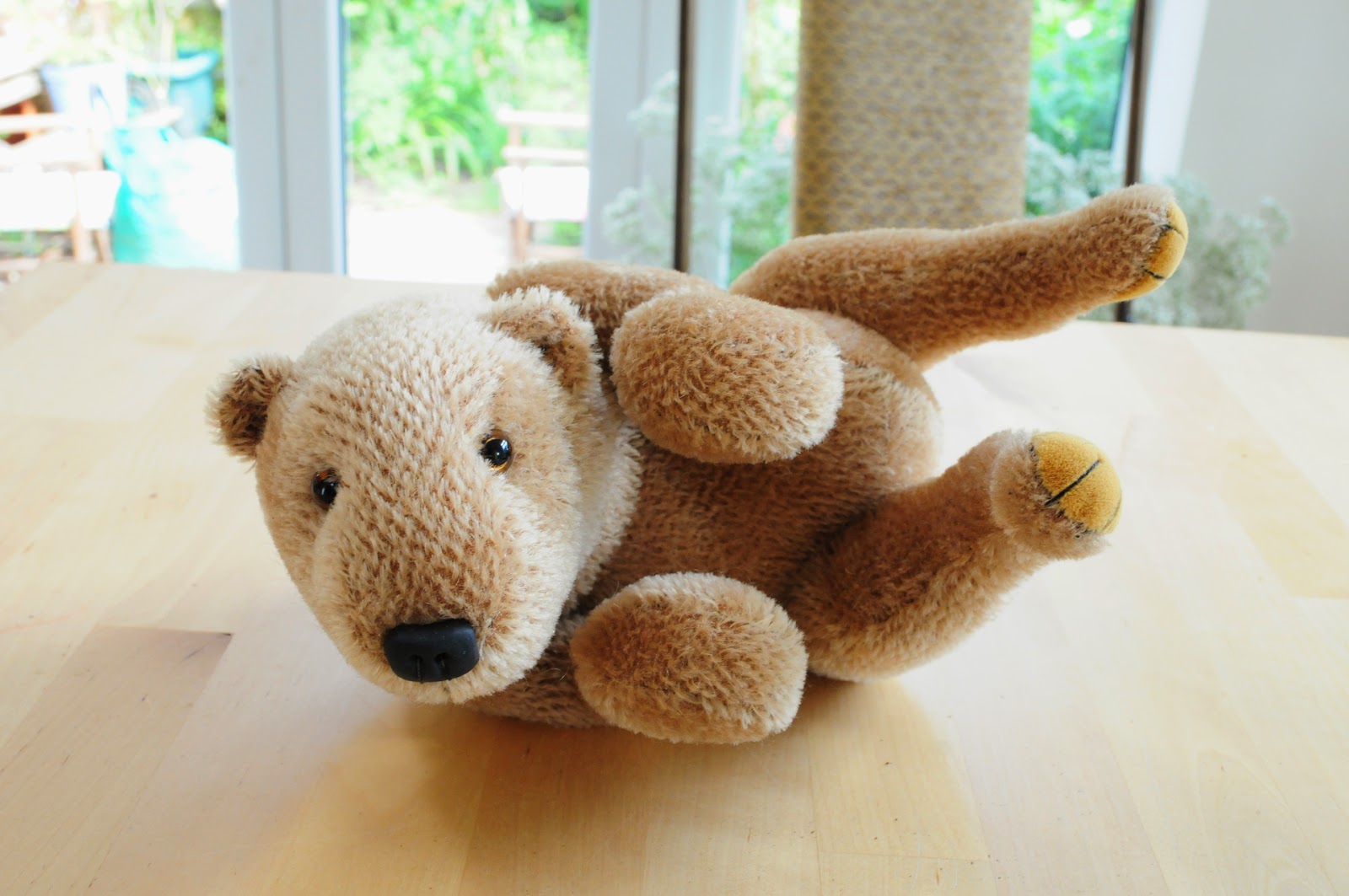 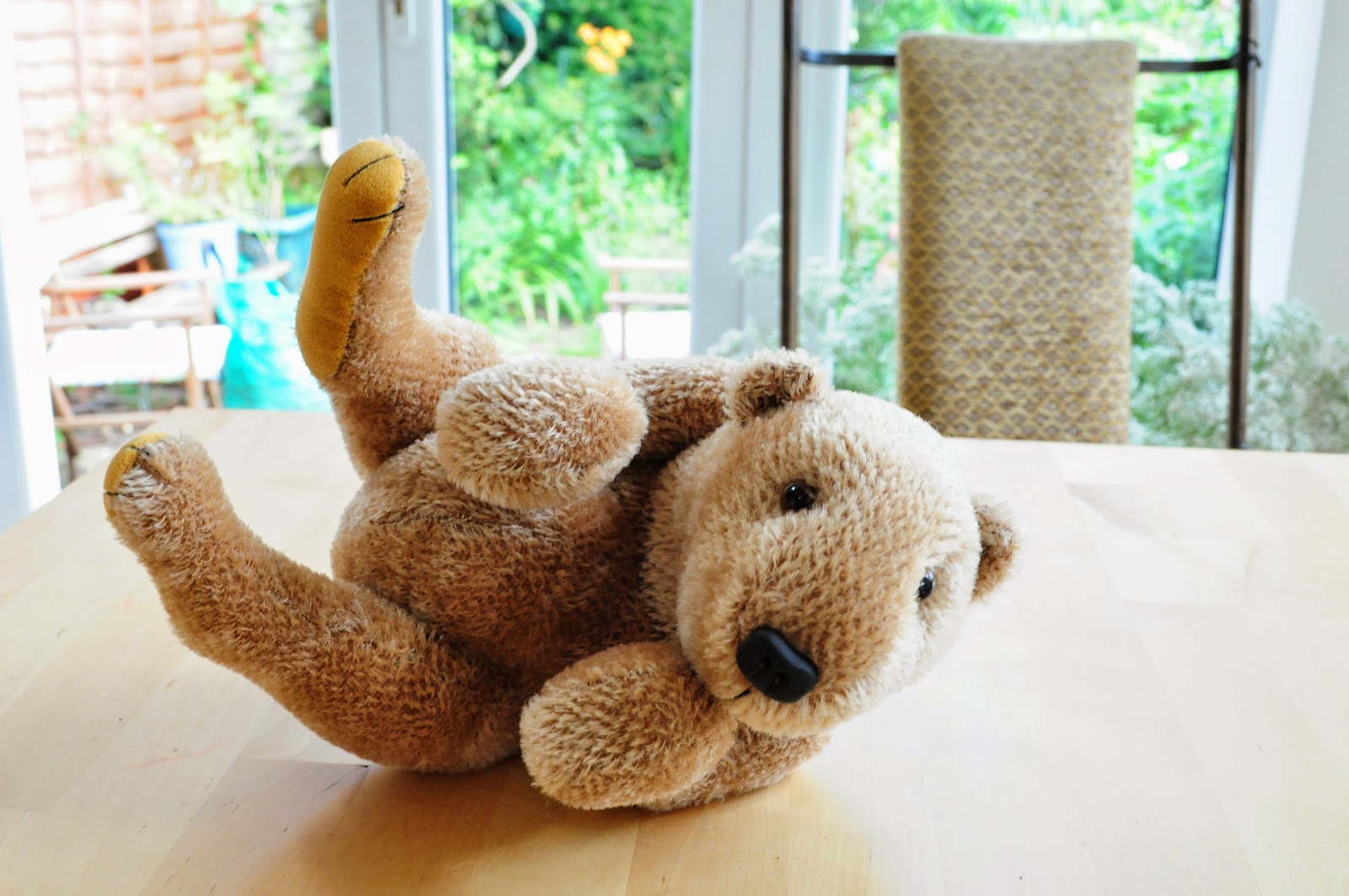 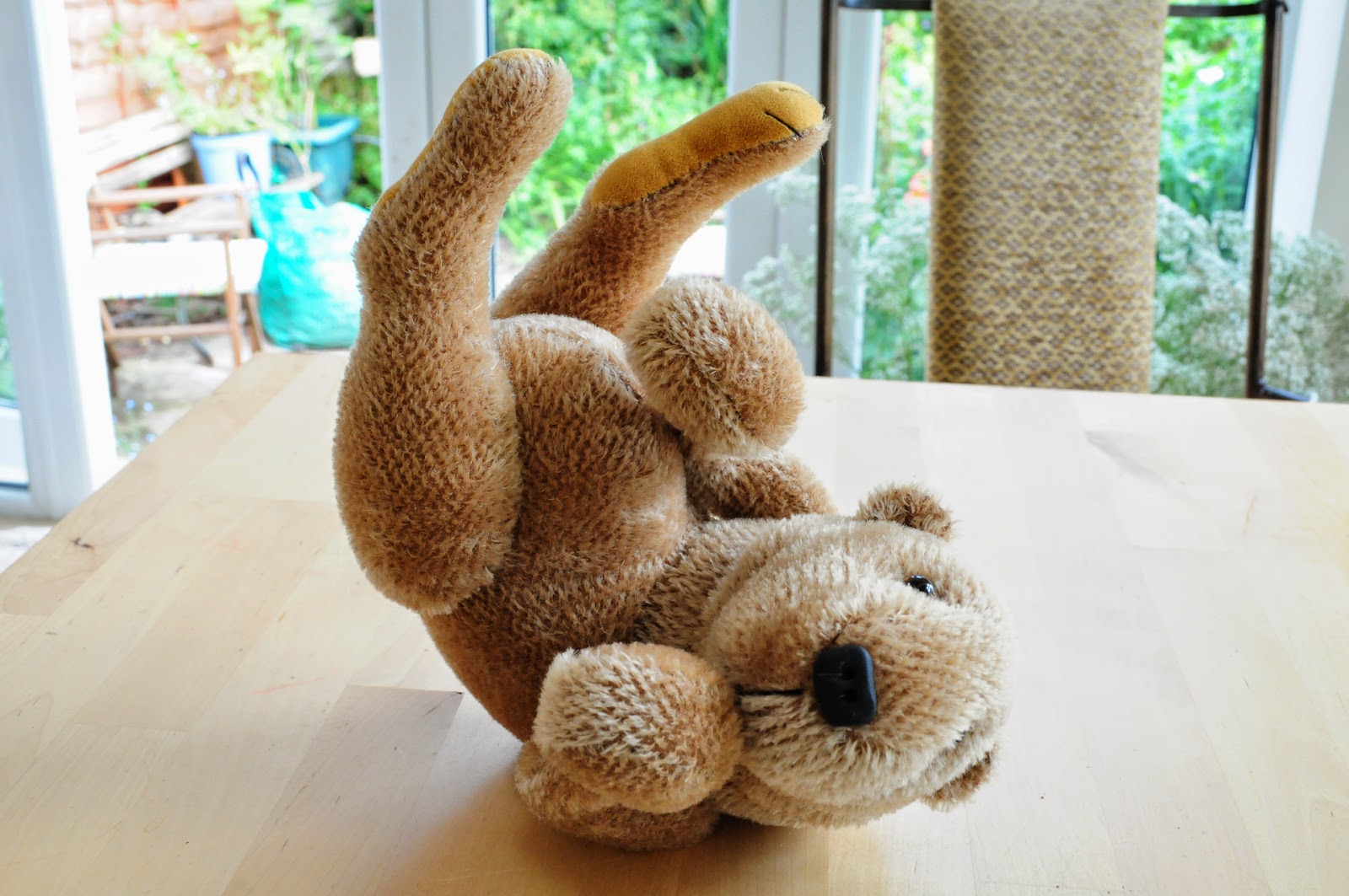 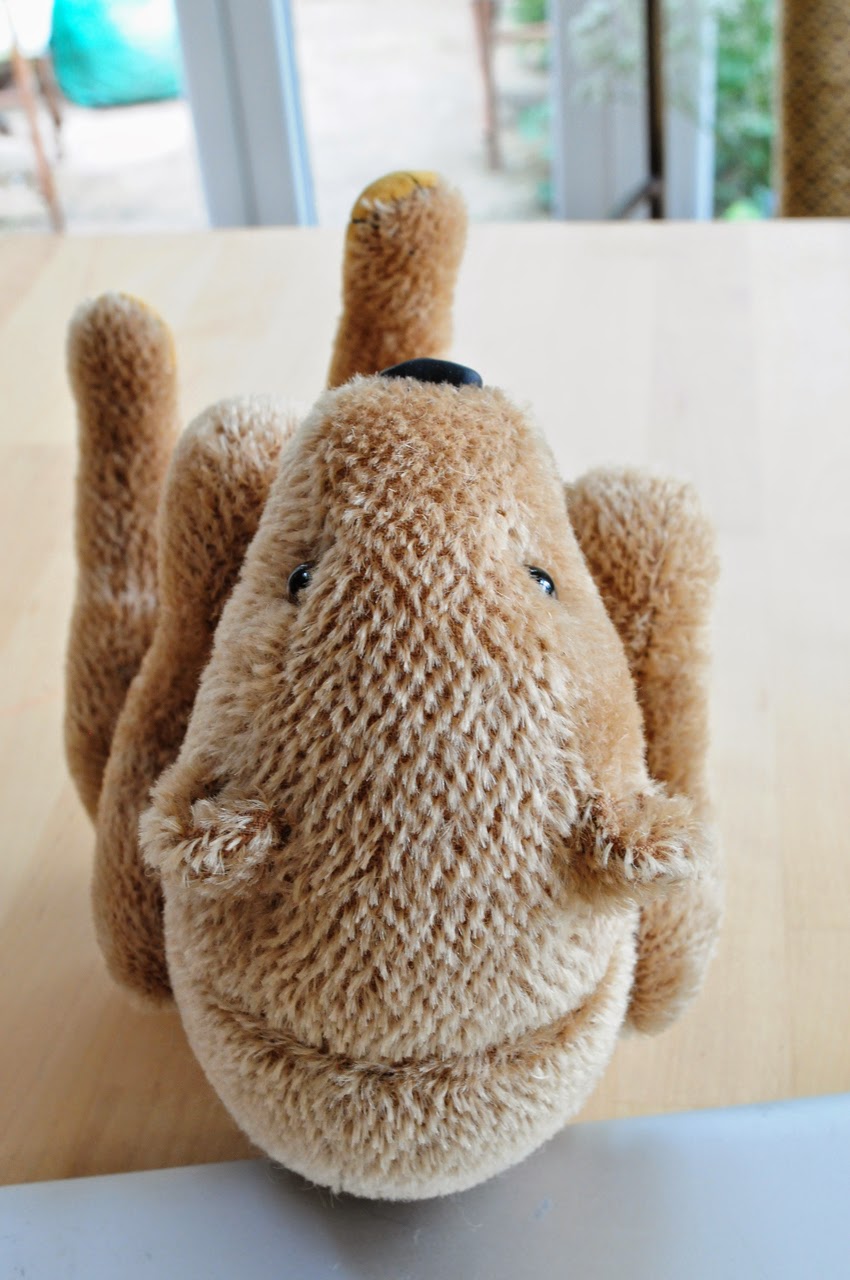 Wow! I never knew bears could break dance. Good look with the bird entry, they look great together.