New stuff I made for the Clare Priory fair

I didn't have as many small bears as I wanted for Clare Priory - partly because I spent a load of time in the run-up to it trying to design an open-mouth pattern for the crows.  I just couldn't get it right, and eventually that project went on the back burner so I could get something satisfactory made for the show.

I did make four more of the original crows - modified slightly so they don't have to sit right on the edge of the table.  At the last minute, on Saturday morning, I decided to take Peregrine with me.  He was a crow I made when I was experimenting with the linen-polyester mix fabric.  The experiment didn't work (I thought): the fabric stretched too much and he turned out rather chubby.  In the event though, he was the one that someone took a shine to, and off he went to a new home. I also wanted a new bear design.  A while ago - before the Winter Bearfest - I came up with a random head pattern that seemed to work (see this post), but I was having trouble with the body.  I finally decided that I would like a sort of slim, doll-like body, with long, straight legs.  Years ago, in 2011, I made these hanging bears (below).  They were made out of cotton, and the final versions had little cashmere wings.  They were meant to be a sort of baby mobile, hanging from the ceiling, but they didn't quite work.  The arms were a bit weird, as I remember, but I always liked the body shape.  If I did make bears for children, these would be an easy thing to grip on to. 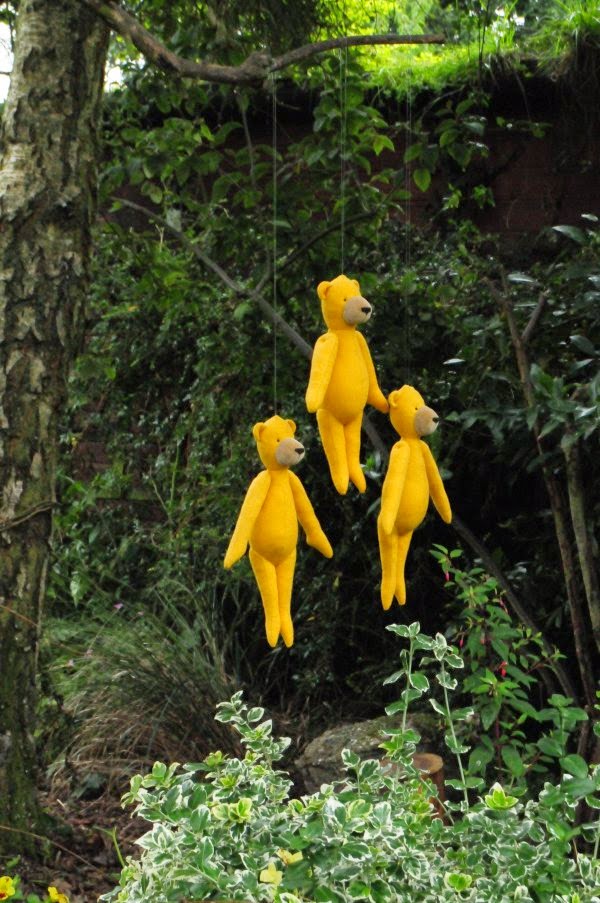 Anyway, that was the look I was going for with the new bear pattern.  I got them finished just in time for the Clare fair… Bingo (left) and Charlie. 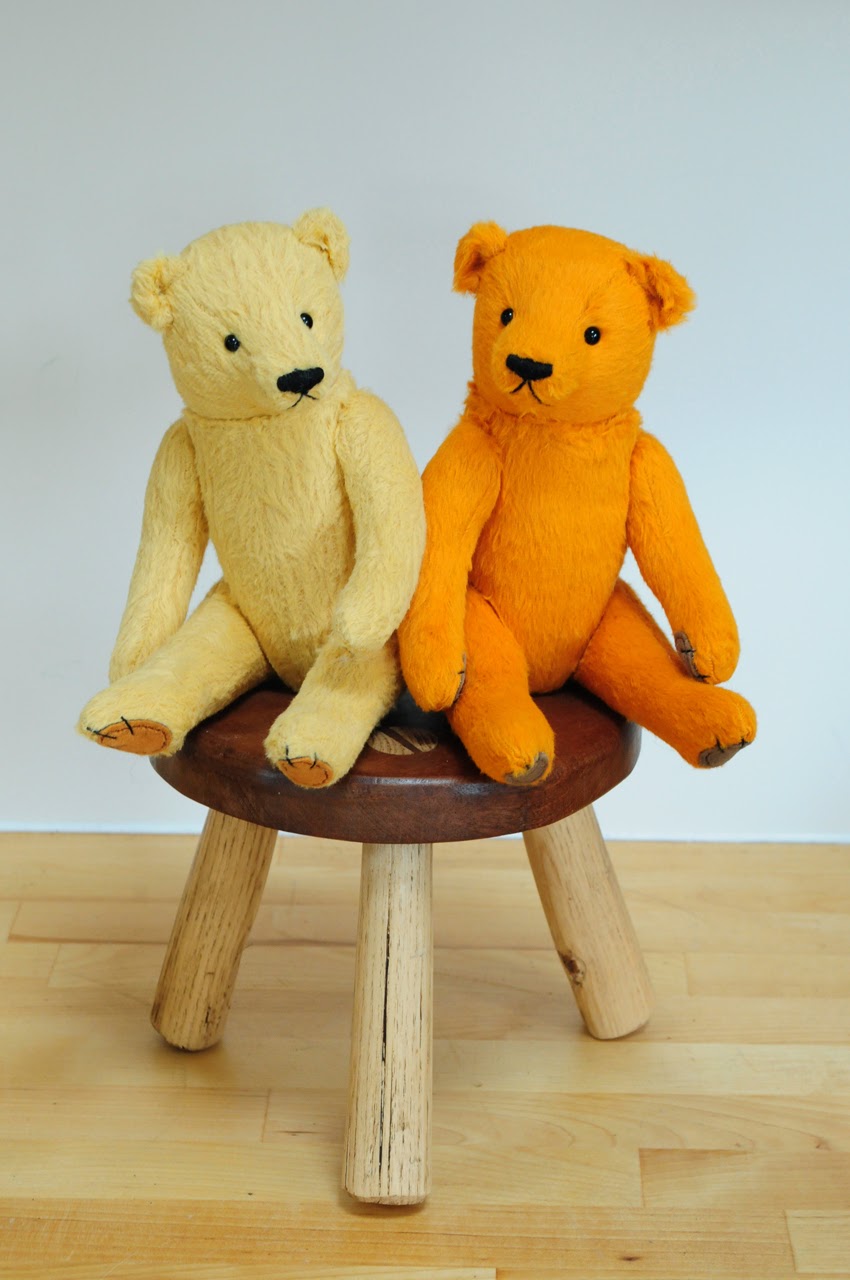 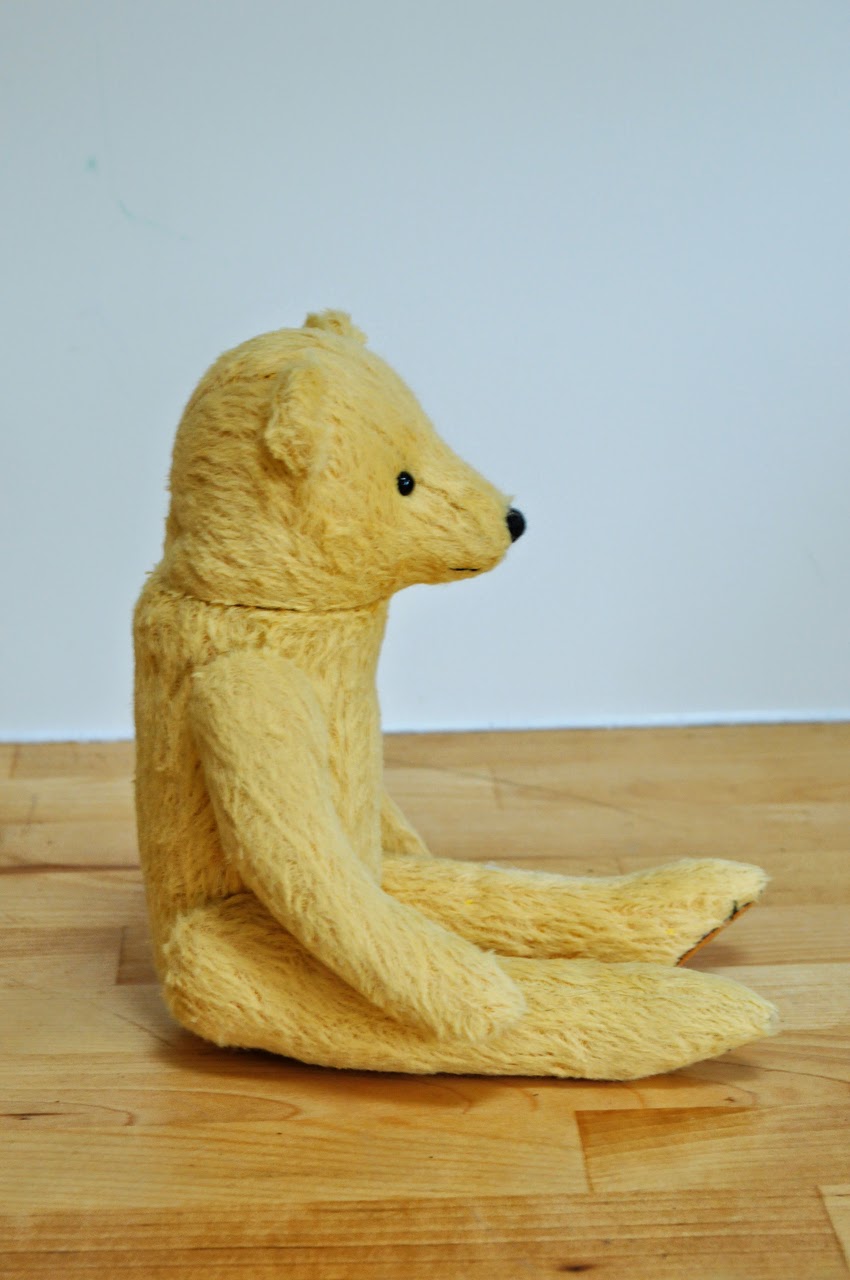 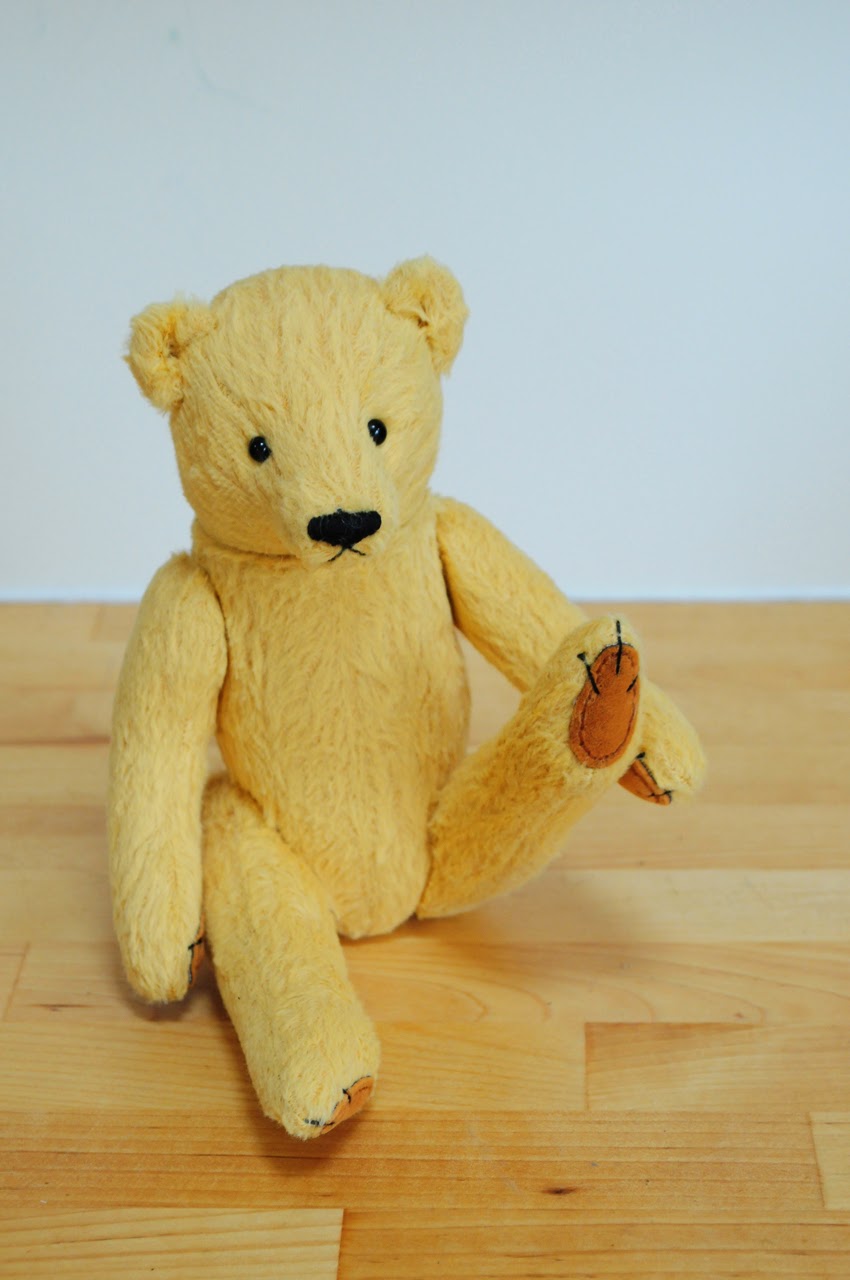 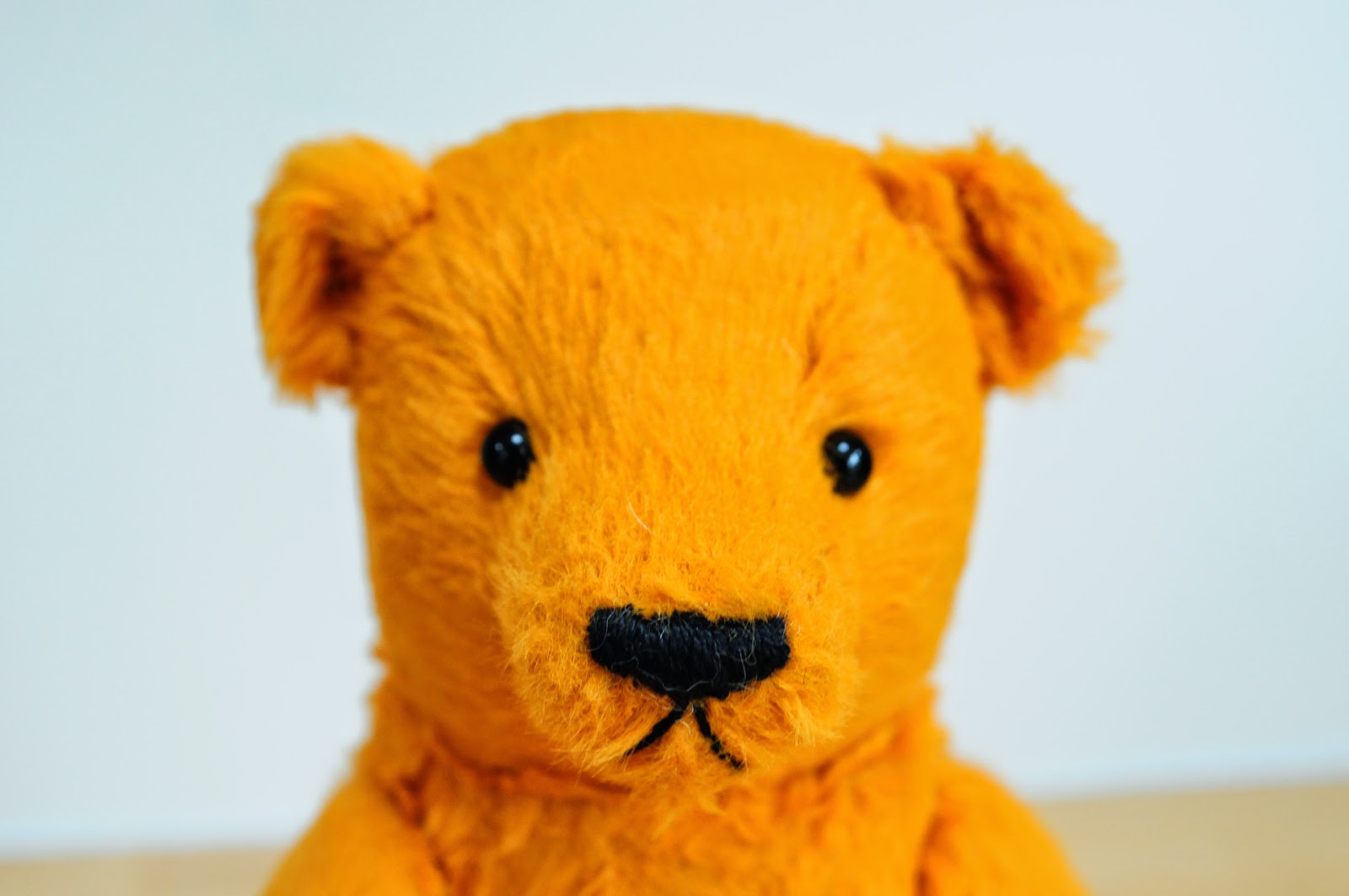 They look quite vintage-y to me.  Charlie, in particular, is a bit Sooty-ish.  Anyway, they are made out of a new fabric.  It is viscose I think, but made by the same German company than makes the mohair.  It is lovely and soft, and as you handle it, it loses the perfectly smooth look and becomes a bit… moth-eaten.  But moth-eaten in a good way!  It starts to look rather aged.  It's perfect for vintage bears.  And - although still relatively expensive - it costs less than the mohair.

I am going to try a larger bear in this design and fabric, just to see what happens, although I suspect it is more suited to little bears.

Finally, I had one more bear planned for Clare Priory, but she wasn't quite finished on time.  She is another little moon bear with wild hair.  Her name is Patti and she will be coming with me to the Marks Hall Gardens fair in Coggleshall, if she doesn't find a home before then! 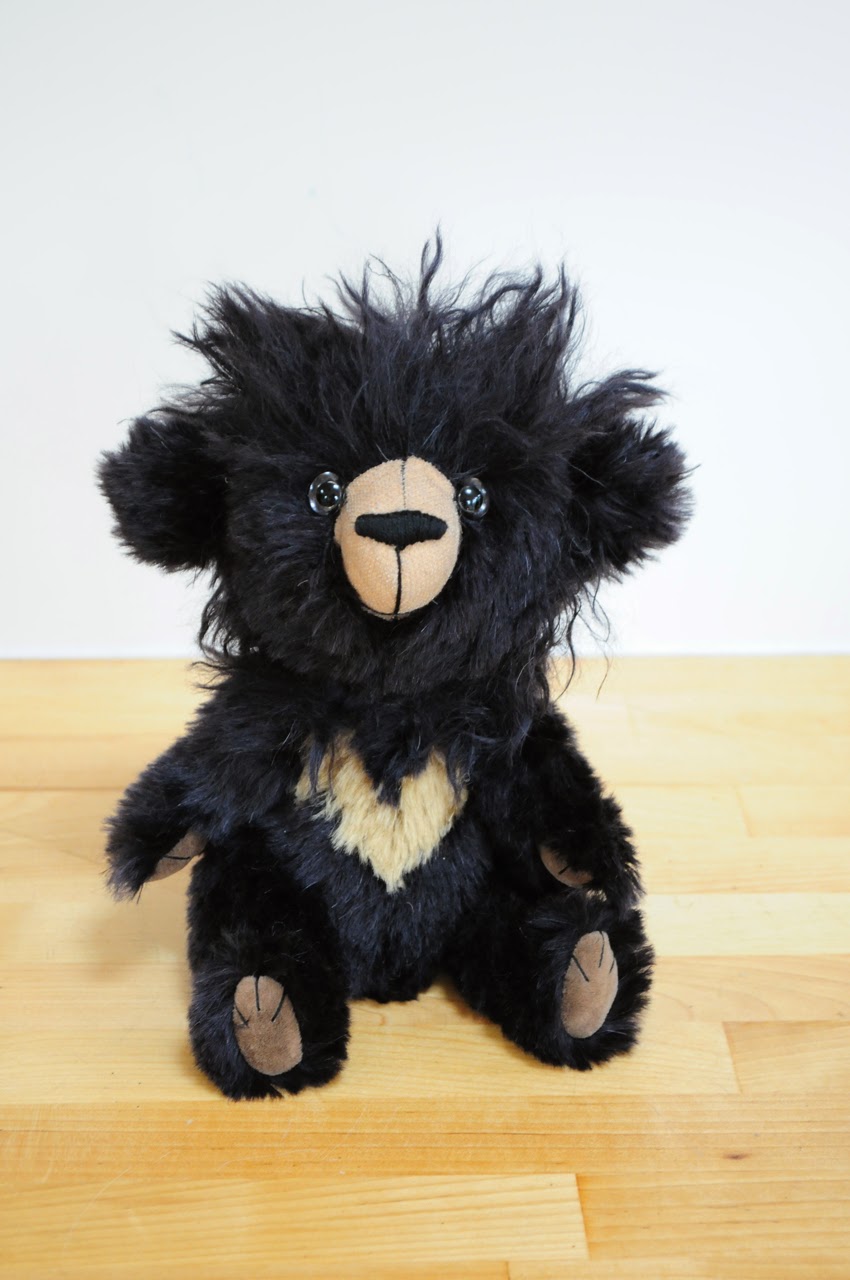