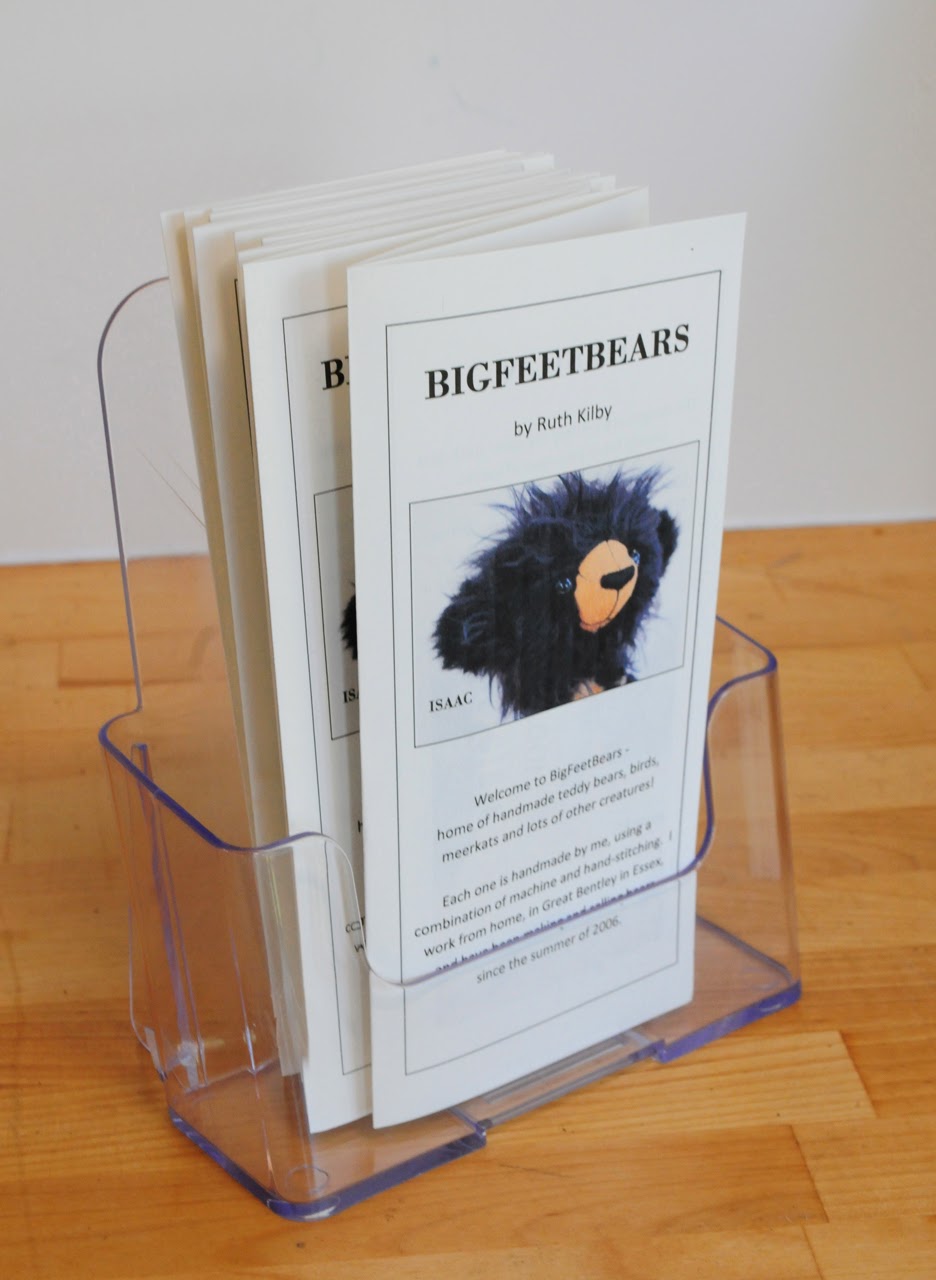 When we were at the Marks Hall Garden show, I was very envious of the guy opposite - not just of his ability to sell emu fat skin cream, but also of his stall.  He turned up with two sort of trunks and a few boxes of emu oil.  Inside one of the trunks was a gigantic folding screen which he used as a back drop, and the trunks themselves converted into two counters which he had at the front, with a few jars stacked on each.

The screens at the back were covered with wall-to-wall posters, with information about emu oil - the properties of the herbs in the balm, a brief history of emus, a list of complaints which could be treated - and it wasn't just a backdrop.  He used it every time he gave his spiel.  I guess on the one hand it made for a slightly more interesting presentation - than just telling someone directly.  But, whilst I'm sure he knew his spiel backwards, it struck me that the screens could also act as a kind of prompt - a reminder - and I wondered whether I could do something similar, to help me explain about the bears at shows.

So I have printed a leaflet.  I'm hoping that it will be useful anyway - it does cover a lot of the questions that people ask.  If I fail at the presentational bit, maybe I can just silently hand them a leaflet(!) but the idea is that I can pick one up and use it as a guide for explaining about the bears.

Its worth a try anyway!  I suspect it will be more useful at art & craft fairs than at bears fairs - since in the latter case, most of the punters will be collectors who know all about they are made.  Anyway, do pick up one up if you happen to be at the Centre, and let me know if there's anything I've forgotten to include! 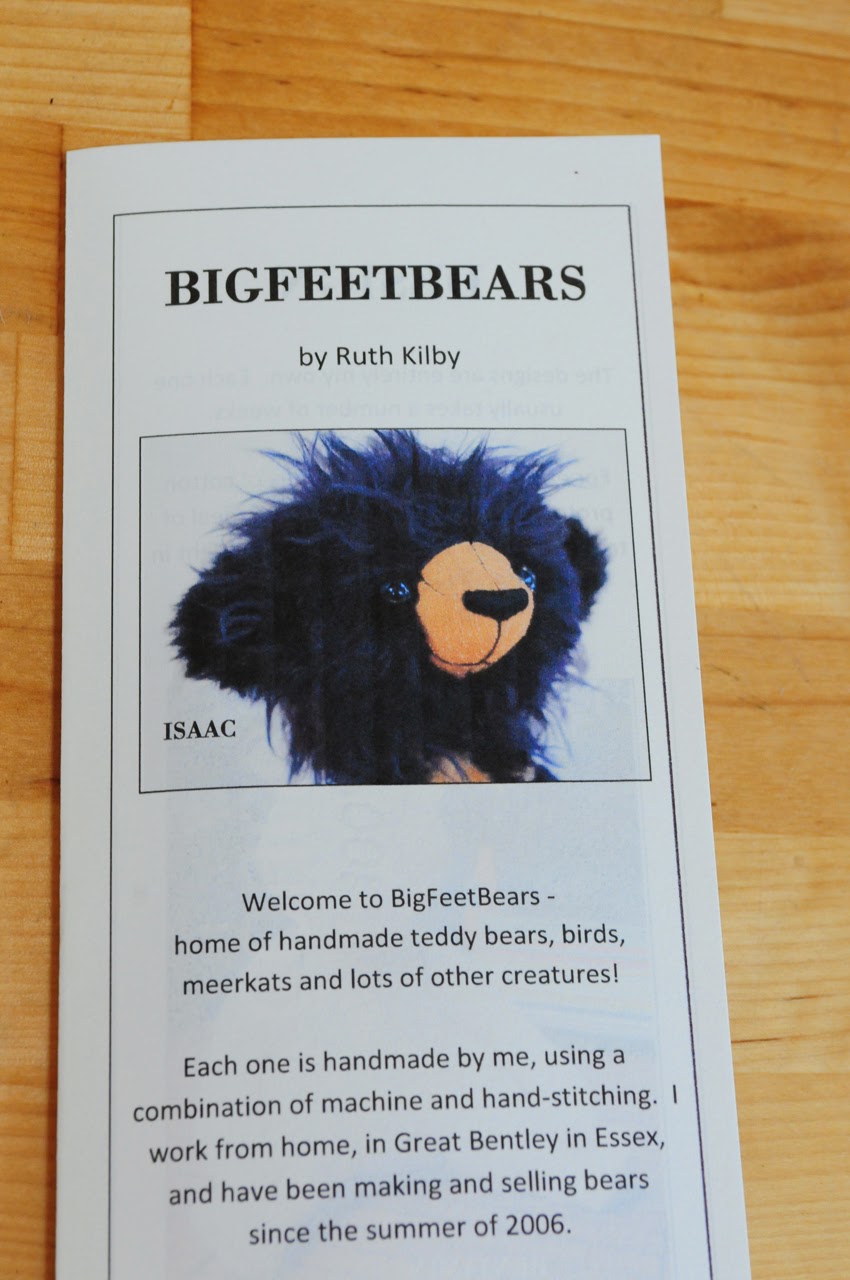 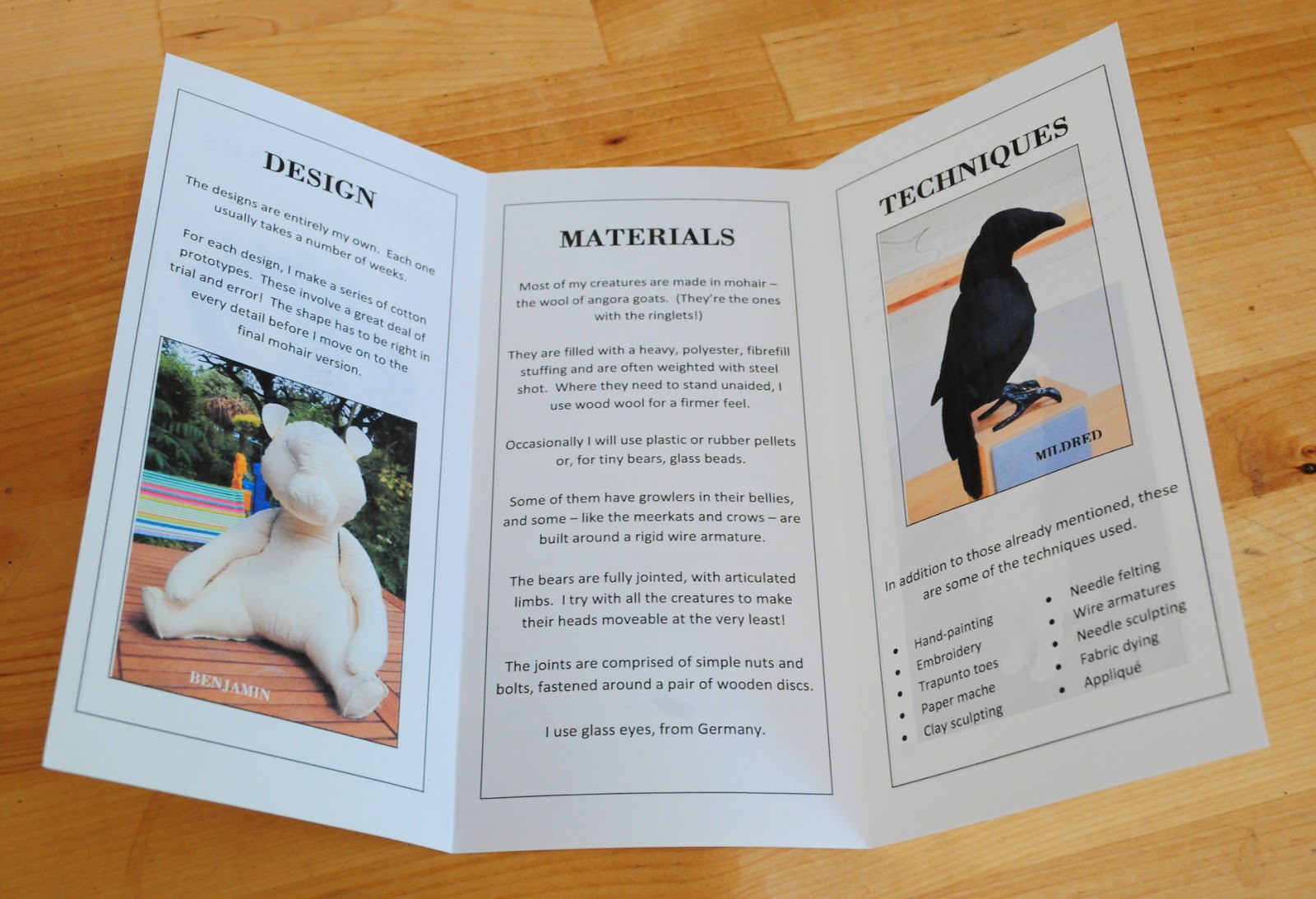 Email ThisBlogThis!Share to TwitterShare to FacebookShare to Pinterest
Labels: leaflet