Some photos from our first day of the Essex Craft & Design Show at Cressing Temple.

We were up at the crack of dawn (well, before the street lights went out, anyway). 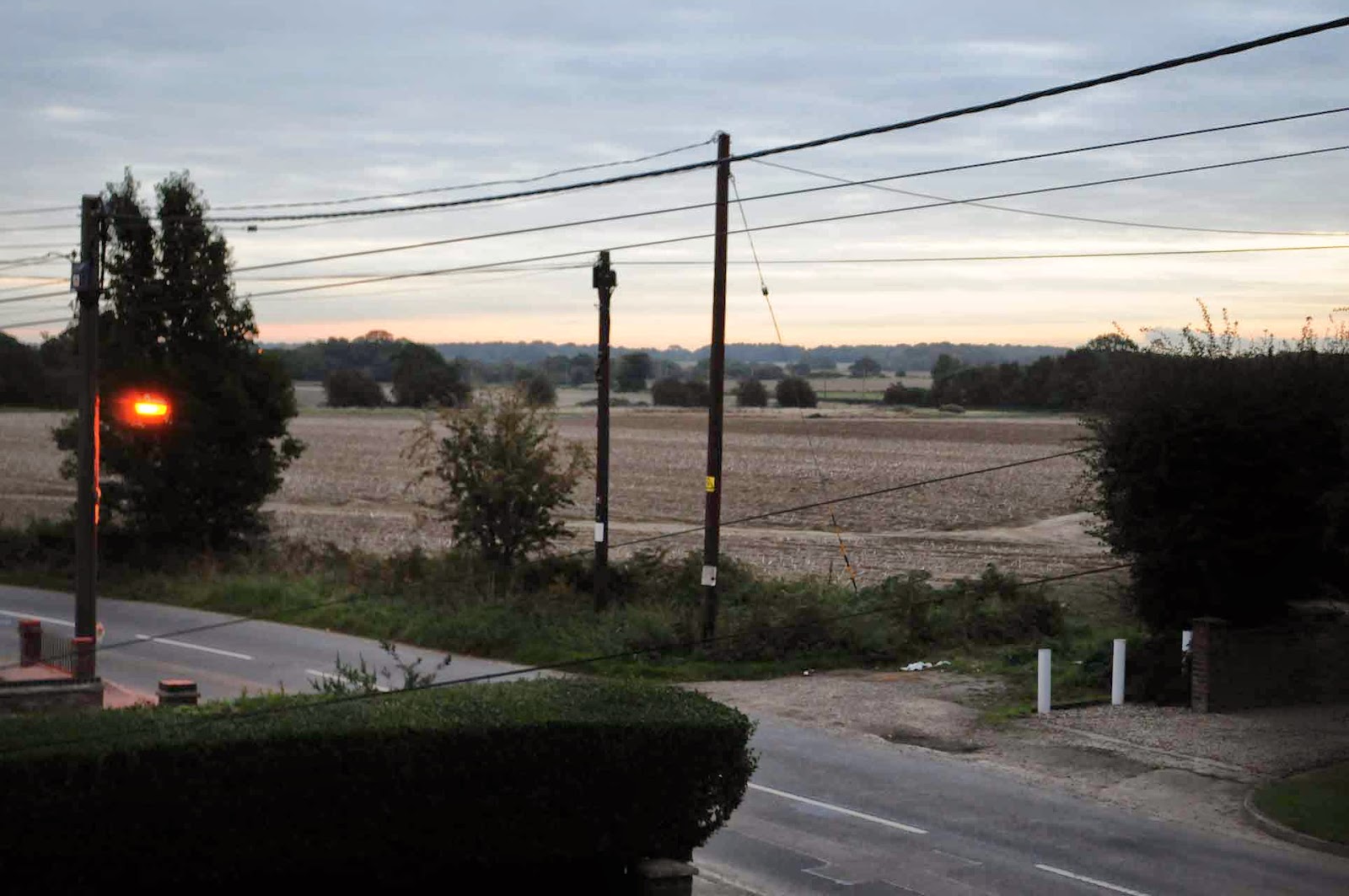 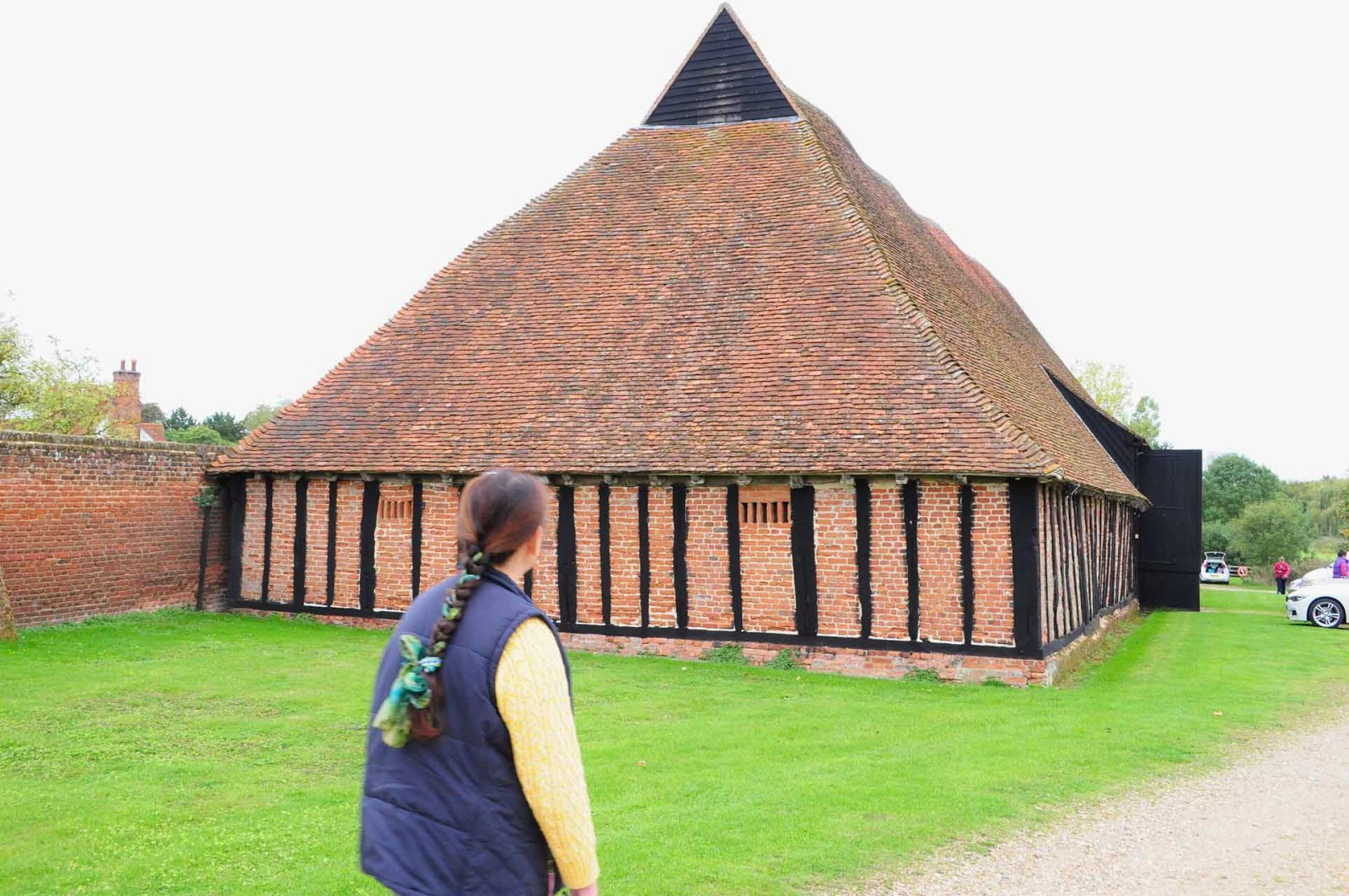 This is the second one, the one that we're in. 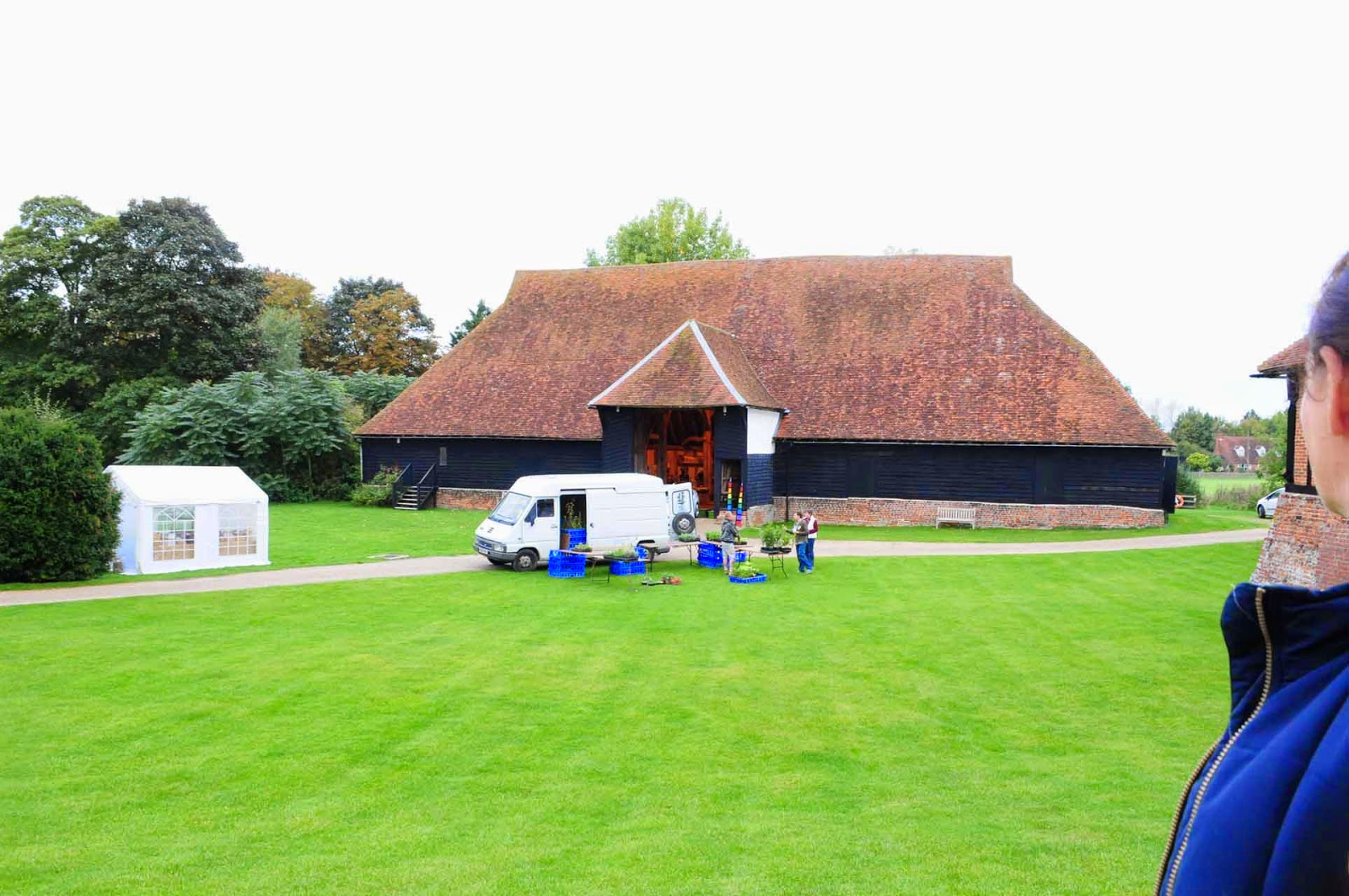 I tried my best to break into the walled garden, but I couldn't get the door open.  :-(  They opened it up later on, but I didn't get the chance to go in.  Tomorrow maybe. 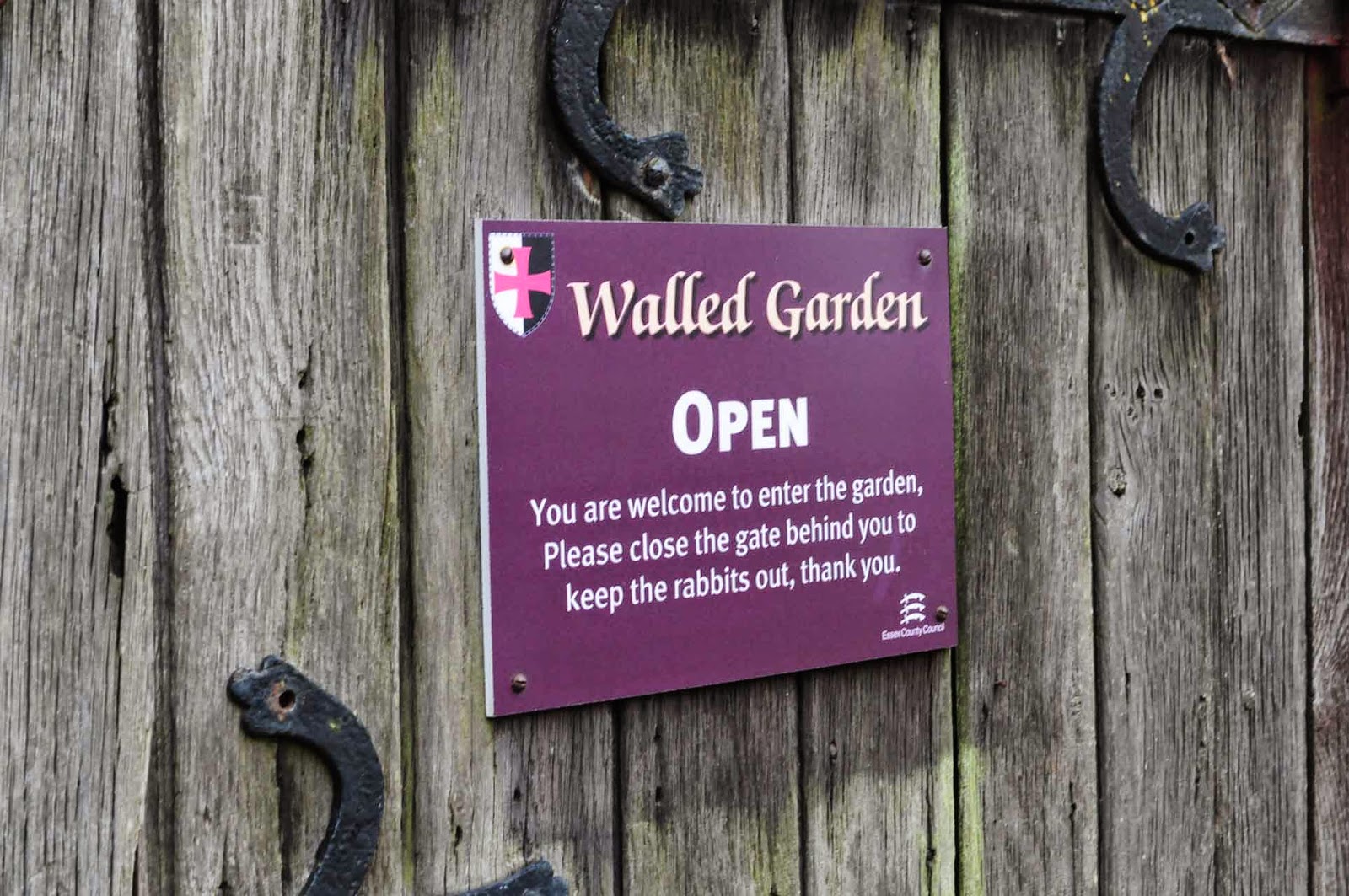 Our stall - looking rather diminutive and over-filled.  And orange.  It's difficult to see in the picture, but I thought it looked really good.  I was really happy with it. 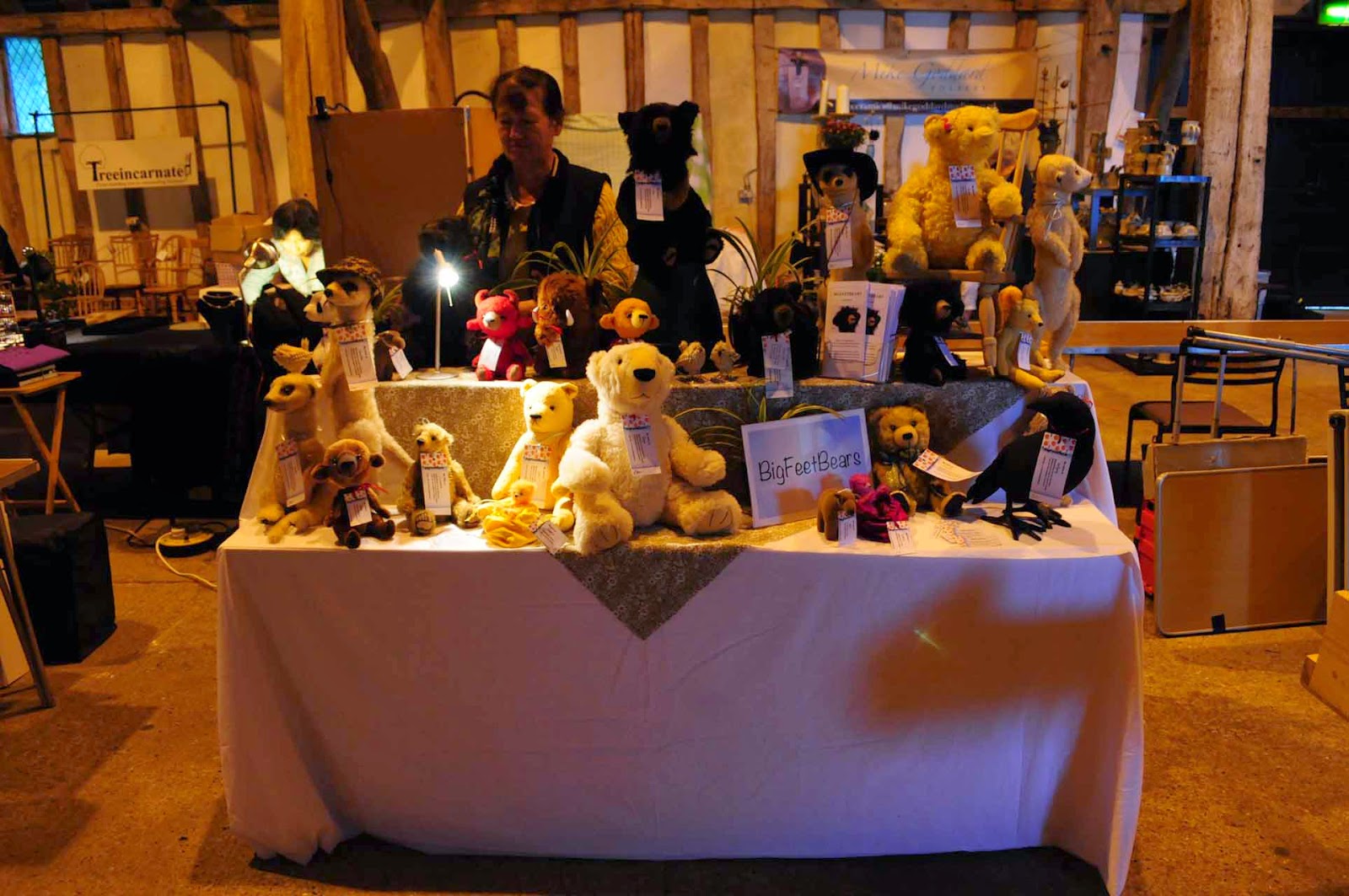 We managed to get breakfast in The Wooden Spoon Cafe.  They were great - "Vegetarian?  Hmmm.  Well, in an ideal world, what would you like to have for breakfast?  Fried egg sandwich?  We can do that."  And while we were waiting, one of the staff was faffing around with a gigantic wooden spoon, which I thought was quite funny.  I've no idea what they did with it - I didn't see it again.  I wonder if it's one of those things you put in an order for, and then take delivery of and realise it is a marketing ploy too far.

This is my mother in the photo. 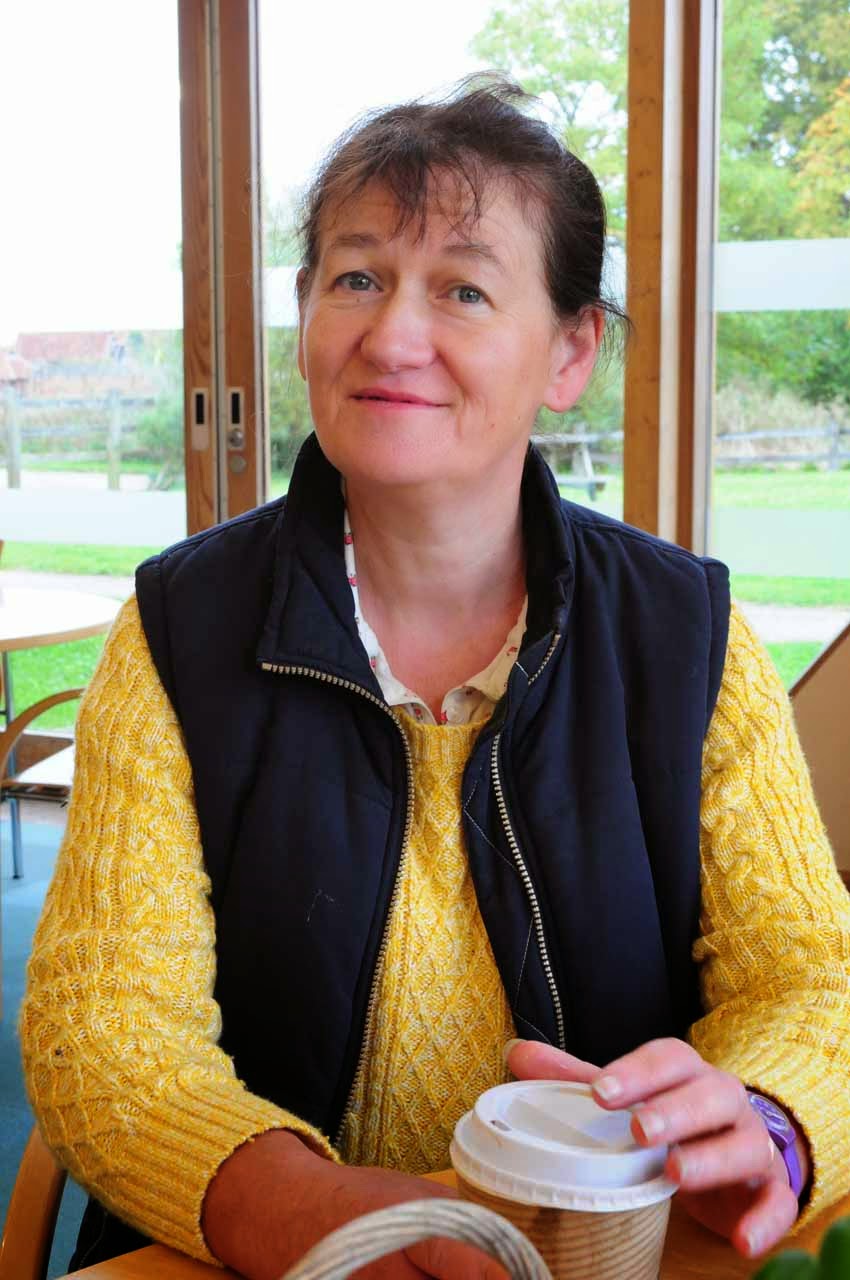 This is the ceiling of the barn we were in.  They have bats!  Luckily we had taken a spare sheet to go over the bears at the end of the day. 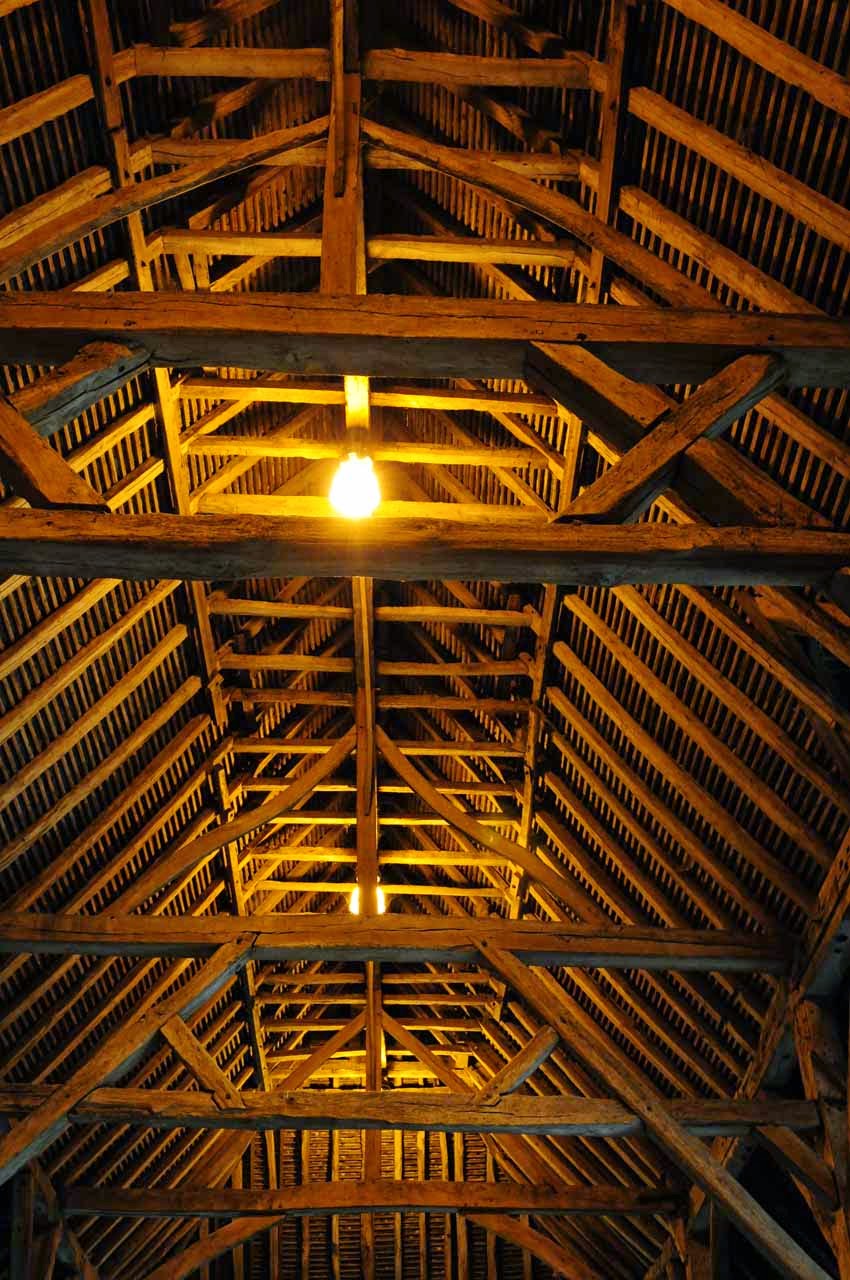 And finally, just outside our barn was a stall for a group whose name I can't remember.  I think they were volunteer Essex rangers.  Anyway, they had a stall with lots of handmade wooden items - bird houses, feeders, and things like that.  They had some wonderful wooden crates, so we bought one and ordered more, thinking they would be great for the bears to sit on.  They also had a lady making little round name tags for dog collars - which were absolutely perfect for the bigger bears!  So I ordered some of them too. 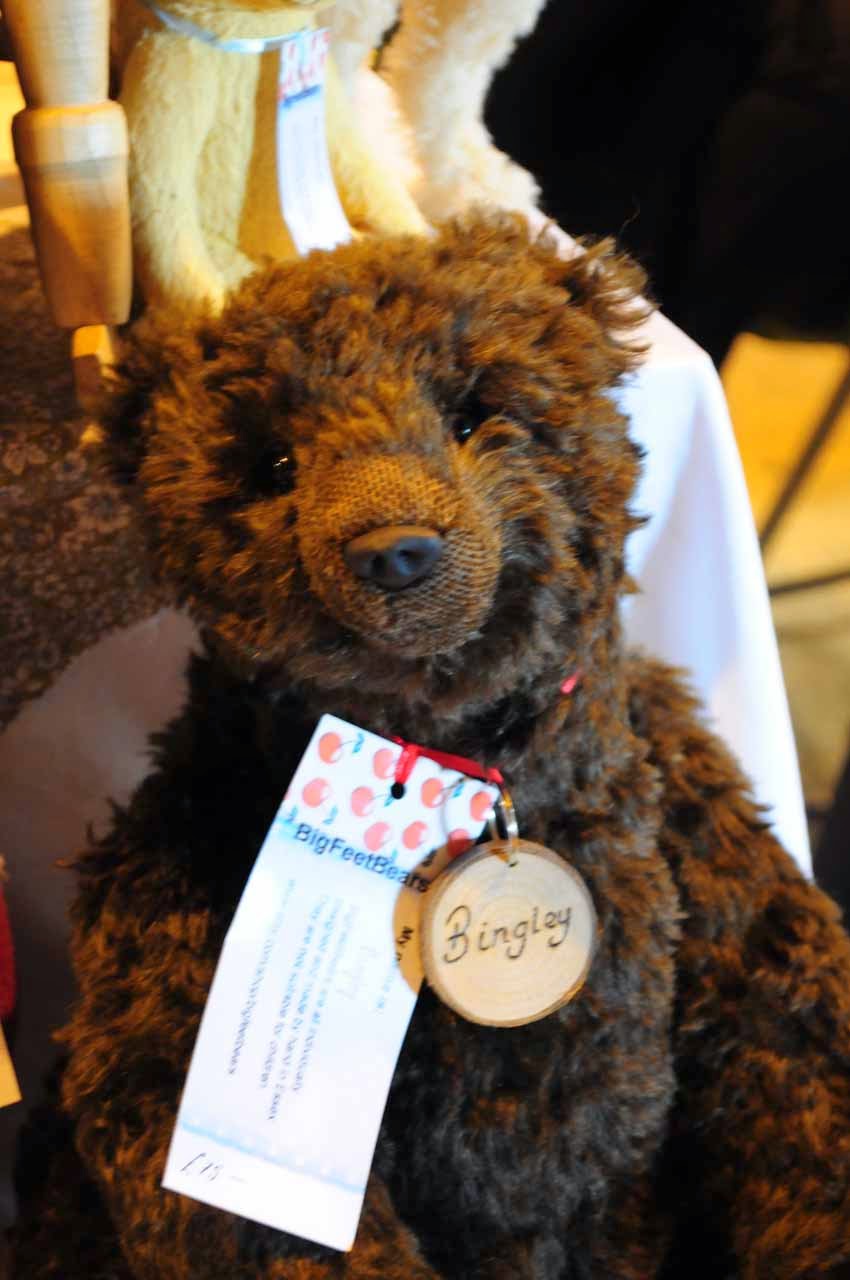 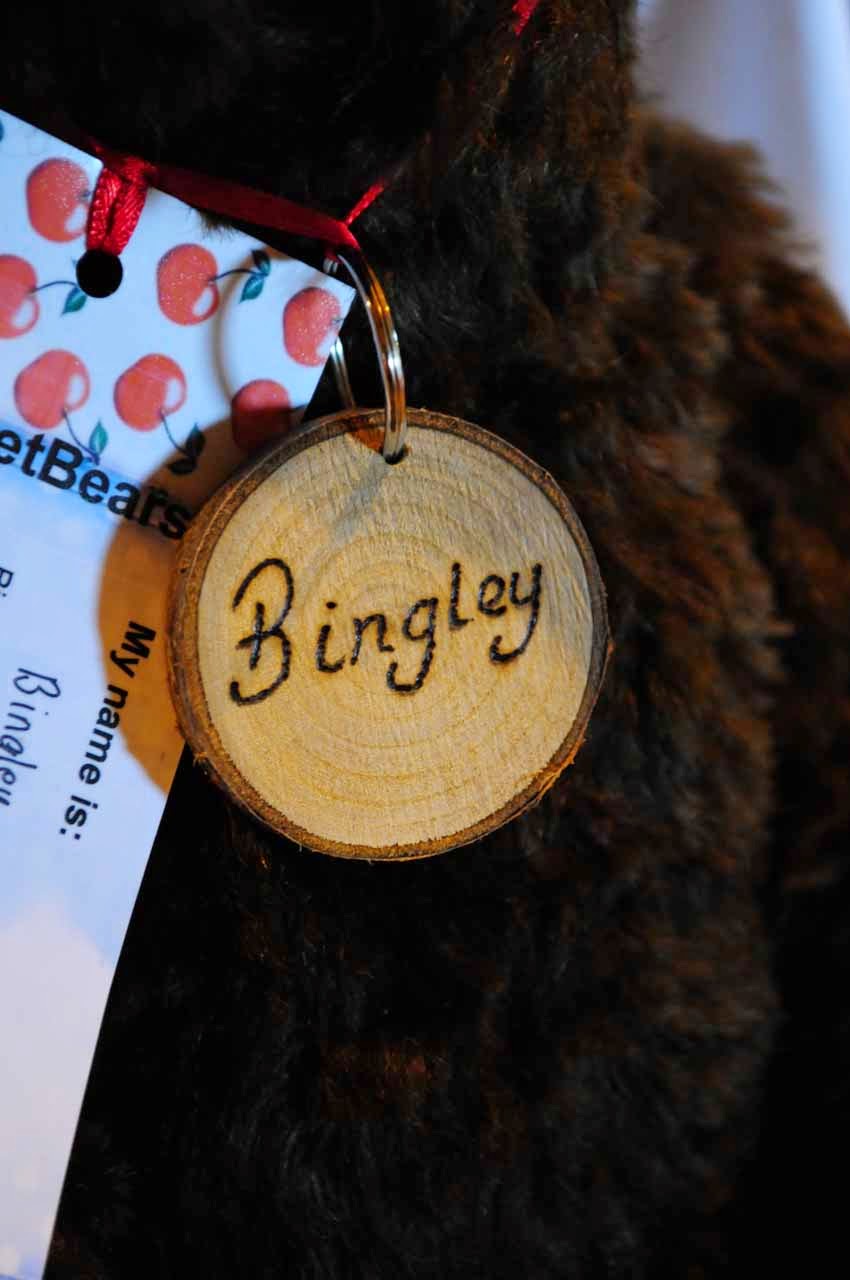 The fair was rather quiet, but we did manage to take the stall fee - which is quite a relief because it is one of the more expensive fairs.  I'm kicking myself for not getting my new crows finished.  Wolfgang, the only one I had left to take with me, was the first thing to sell.  I'm sure I could have found homes for a few more, had I had them.