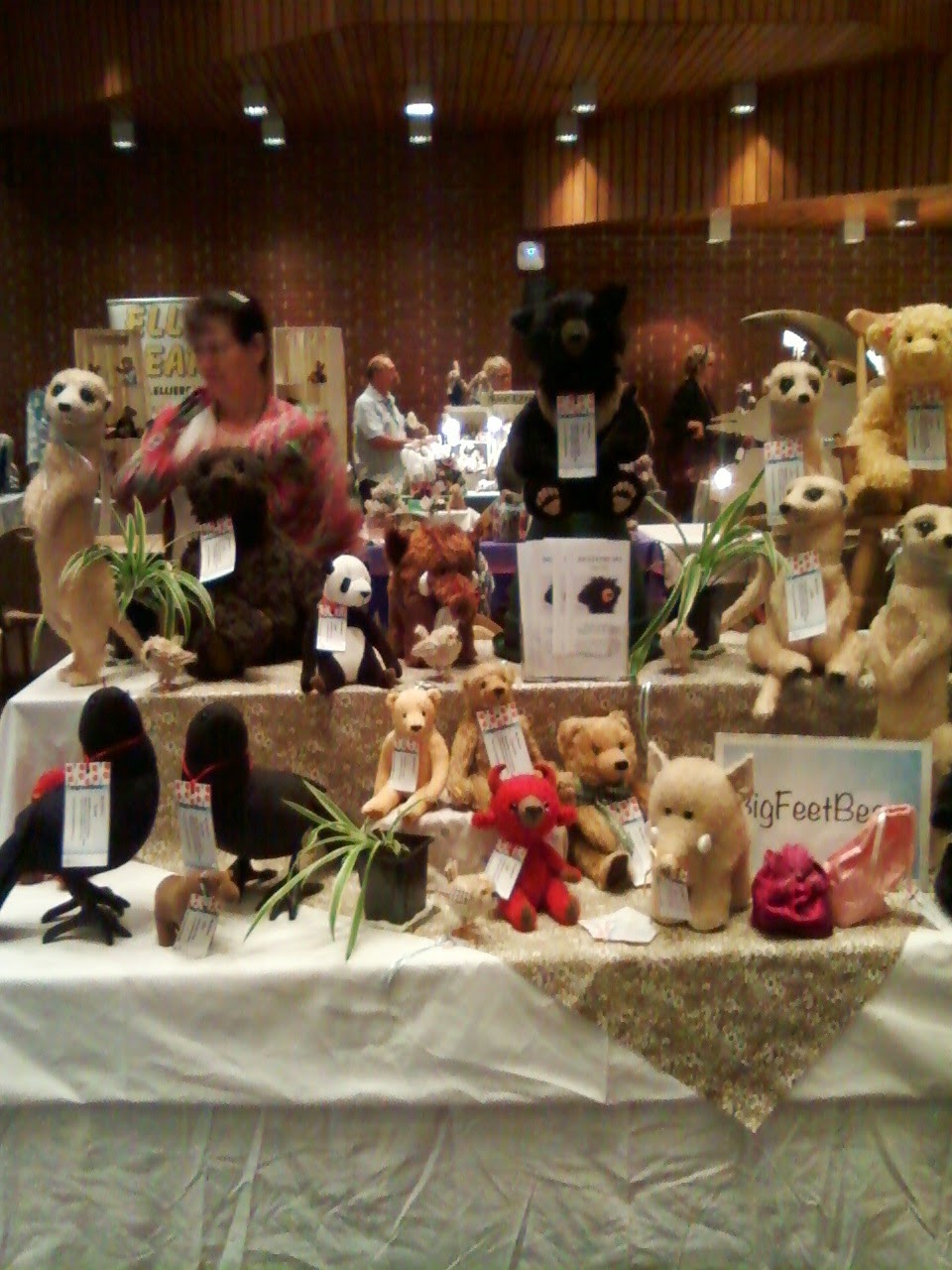 Hello!  Sorry for the long delay in writing anything.  I have been making bears for the Teddies 2014 show, in Kensington Town Hall, which was on Sunday.  We had been told that it was never quite as good as the February show (which is similar to the pattern of sales at the Art & Craft Centre), and it did seem quieter.  By lunch time, I was quite worried that it was going to be a complete disaster.  I took the view that it was best not to worry about it though, even if we sold nothing.  I'm sure sobbing behind your stall sends quite the wrong impression.  So, we struggled on, and we did manage to sell enough bears to cover the stall fee.  And we had a few people who seemed interested in ordering online.  Then, right at the end, a lady came up and bought the two linen crows.  So I went home with a smile on my face.  Or at least, I went out the door with a smile.  We then had two and a half hours lost in London, in terrible traffic, which was not a happy experience.  It was very good to get home!

Anyway, I have a fortnight until the next show, which is at Cressing Temple on 27th and 28th September.  I have been reconsidering my meerkats.  Today I was in town briefly and I passed the Build-A-Bear Workshop.  It struck me that perhaps what the meerkats need are hats.  I was really after a policeman's helmet, but they didn't have any of those.  Instead I came home with a cowboy hat and a camouflage helmet.  They looked great!  And pleasingly random(!)  I think they'll have to come to the next fair with me.

And now, back to the bear-making! 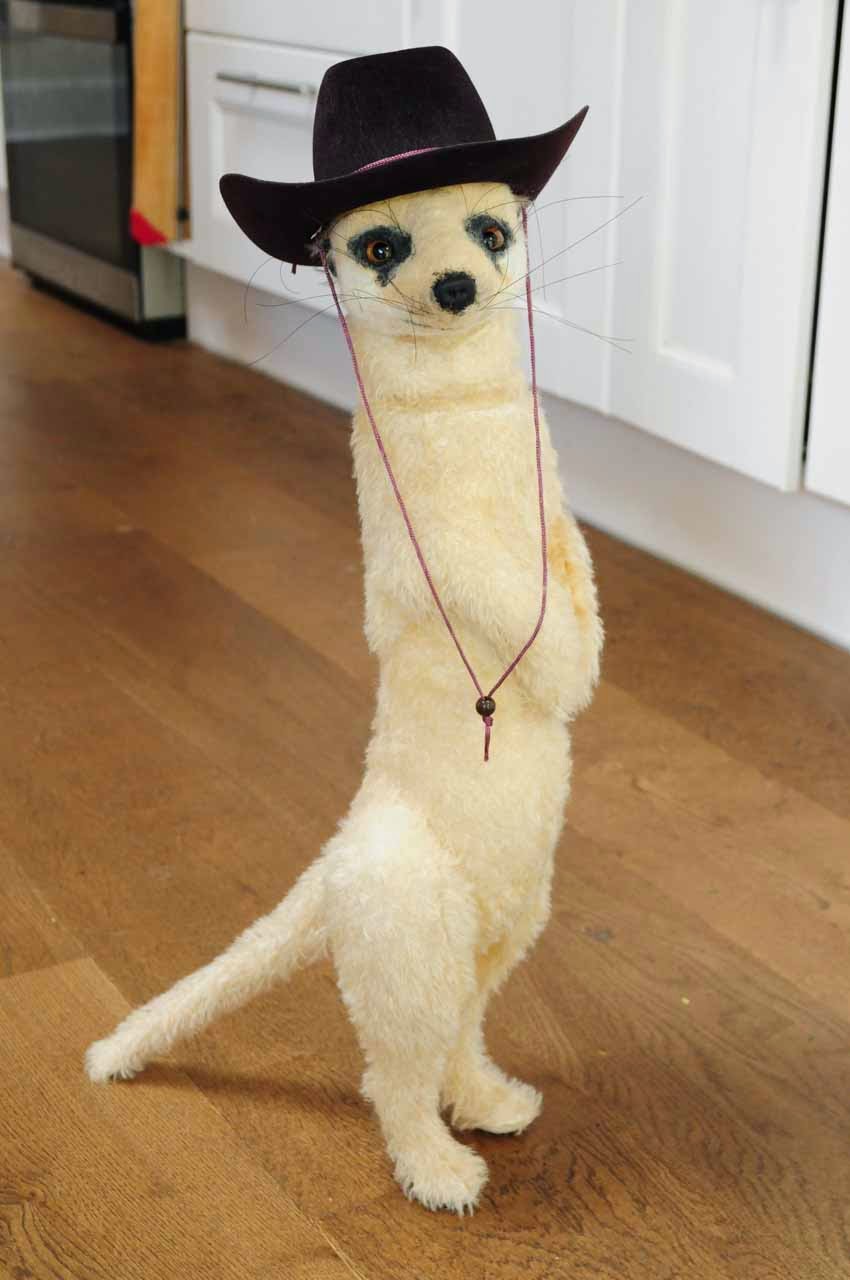 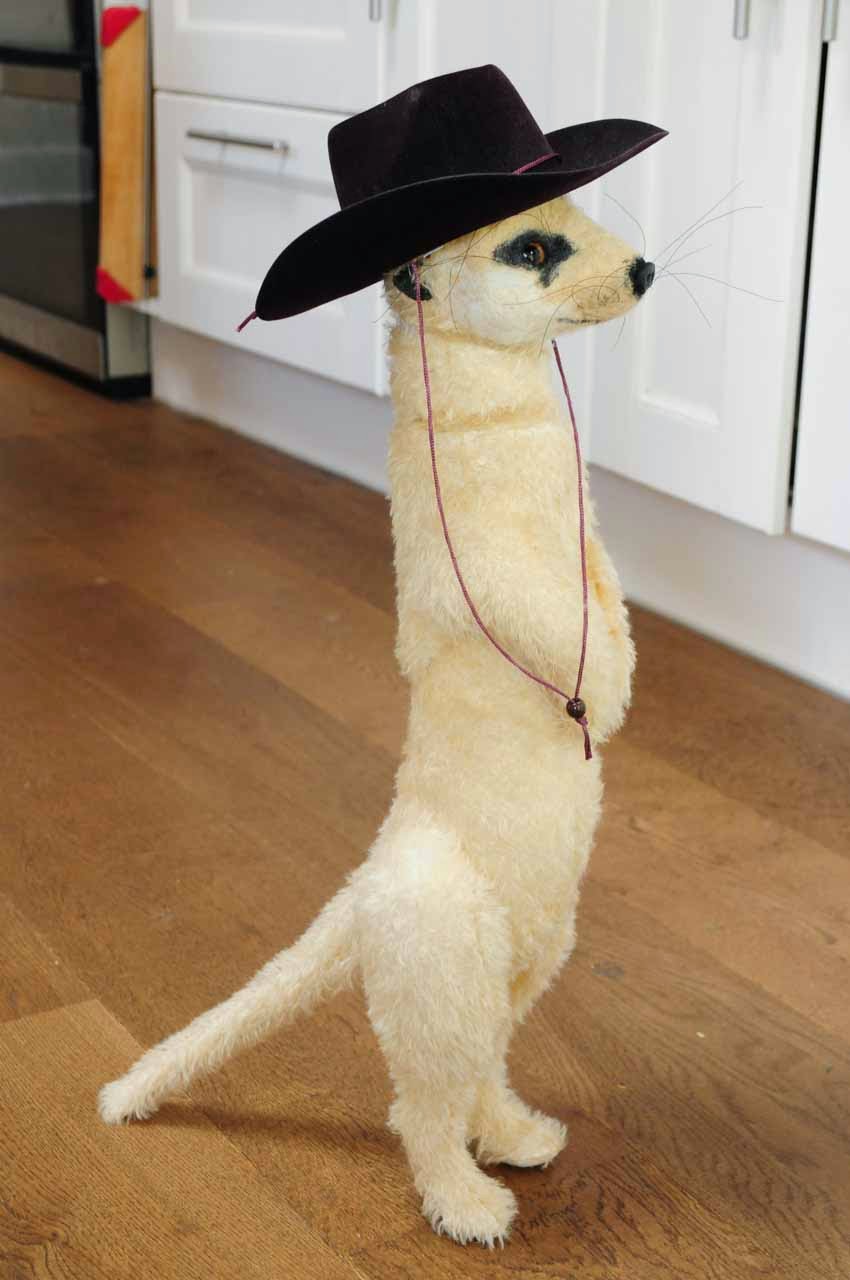 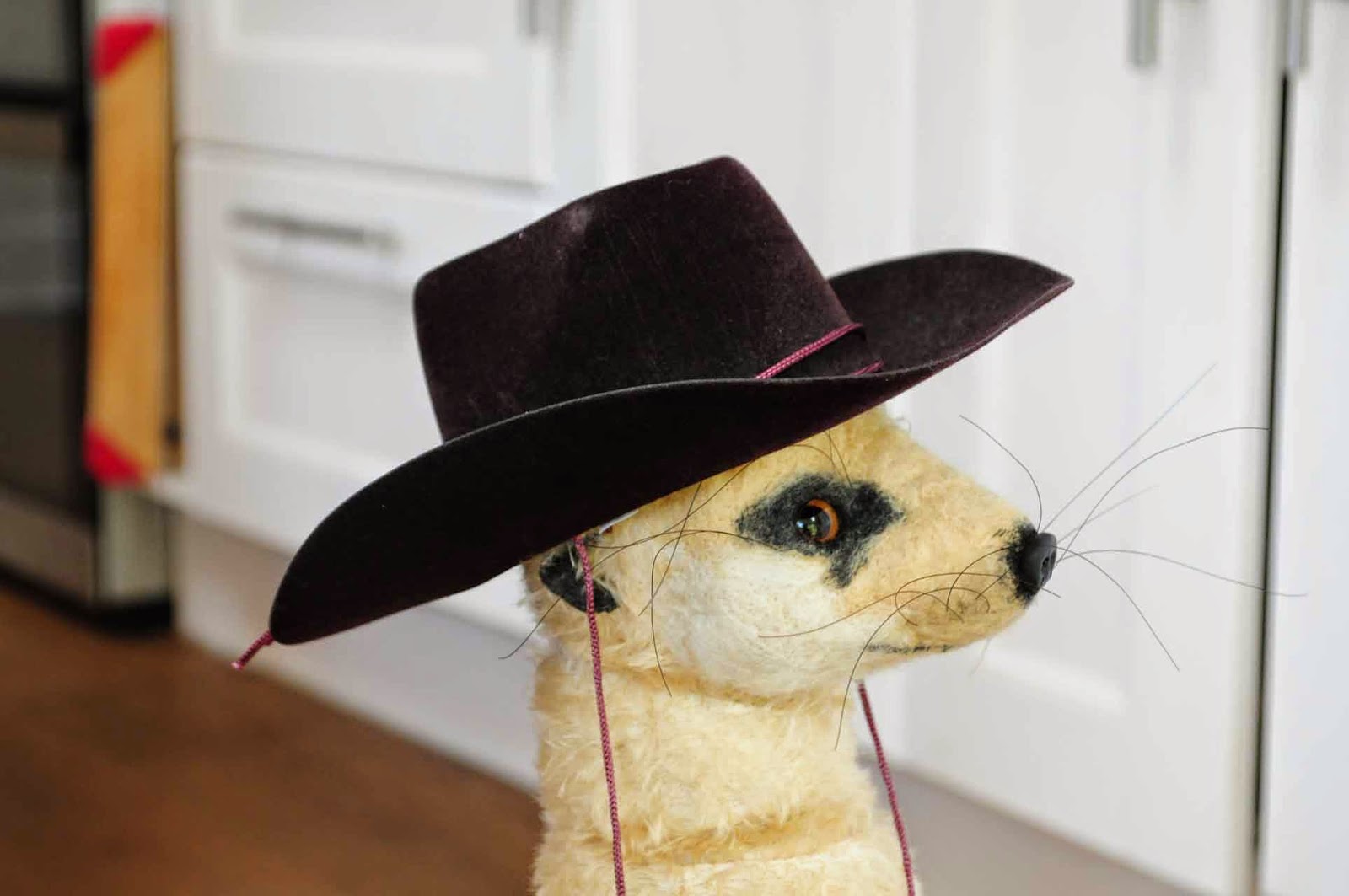 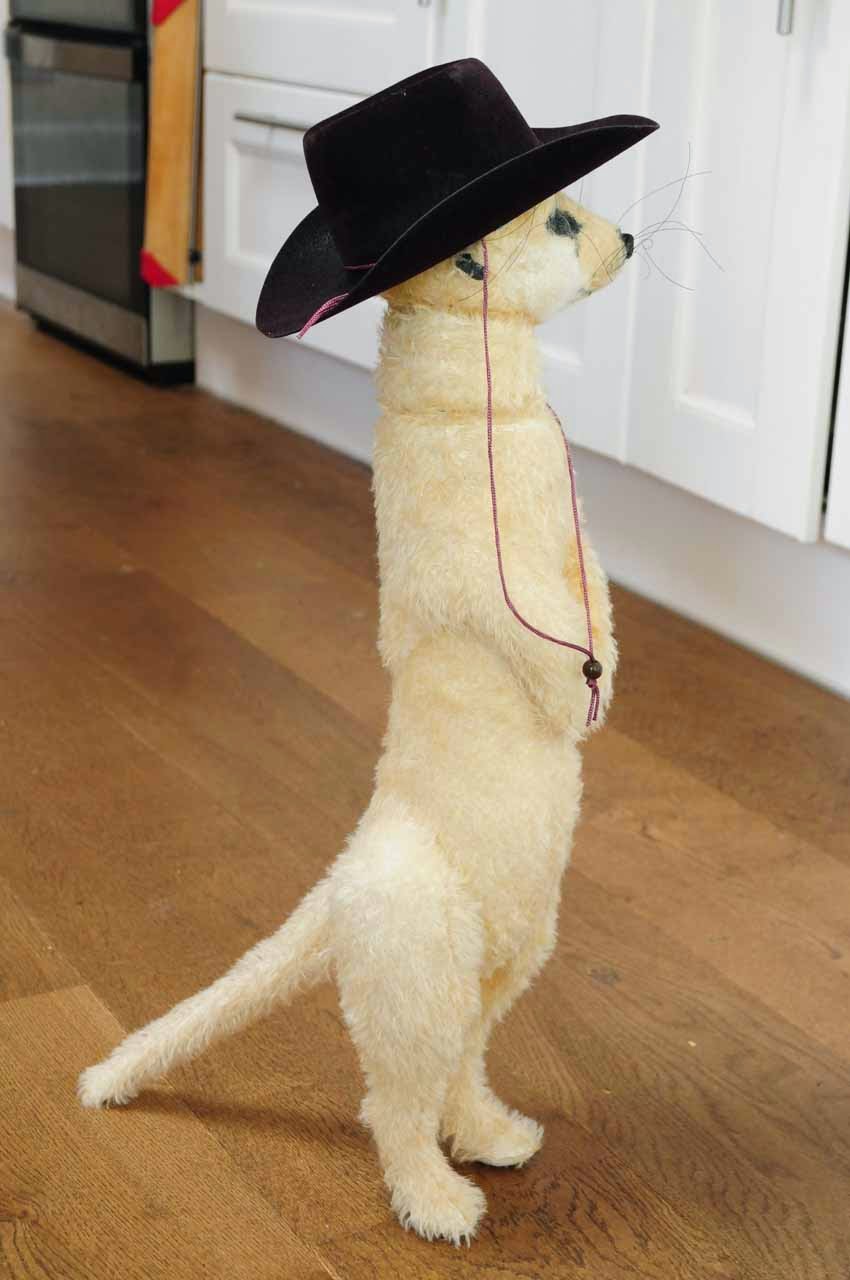 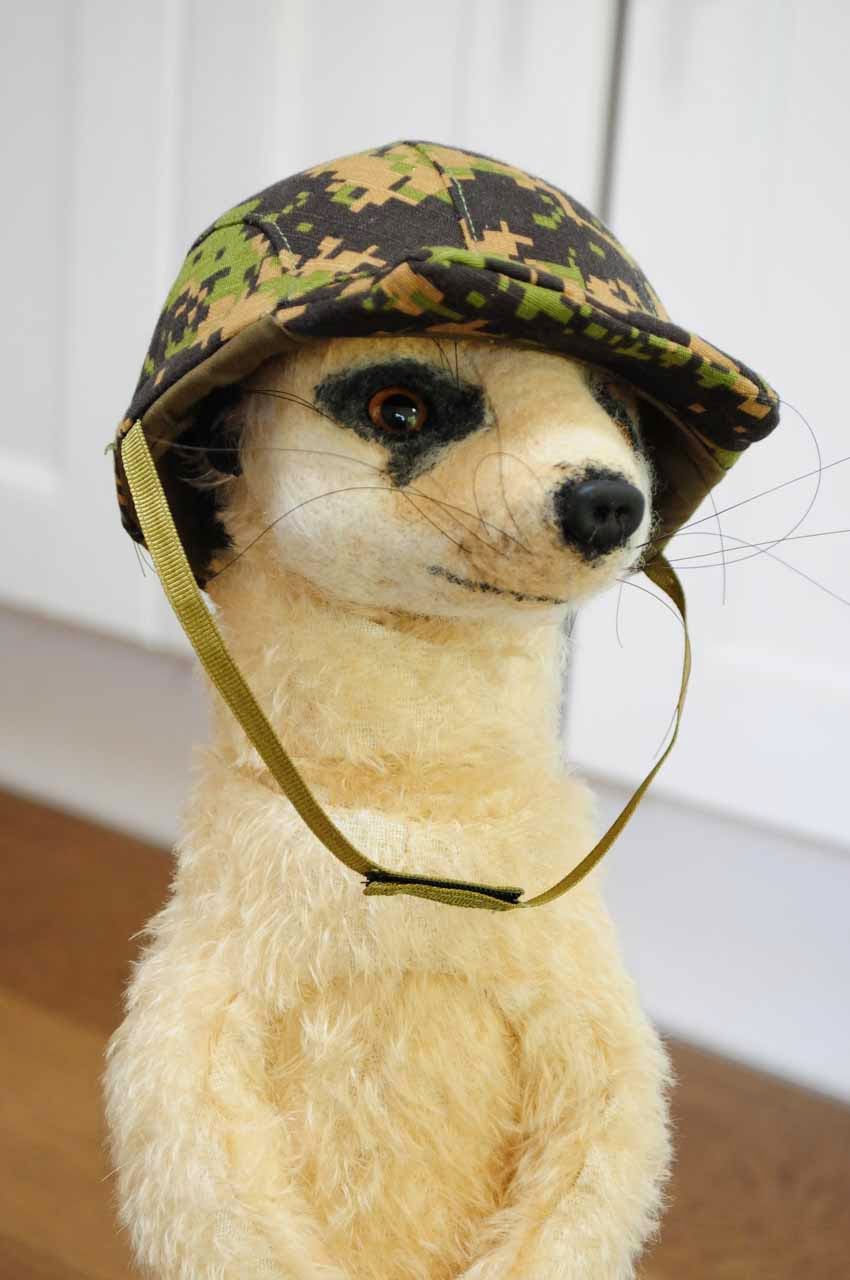 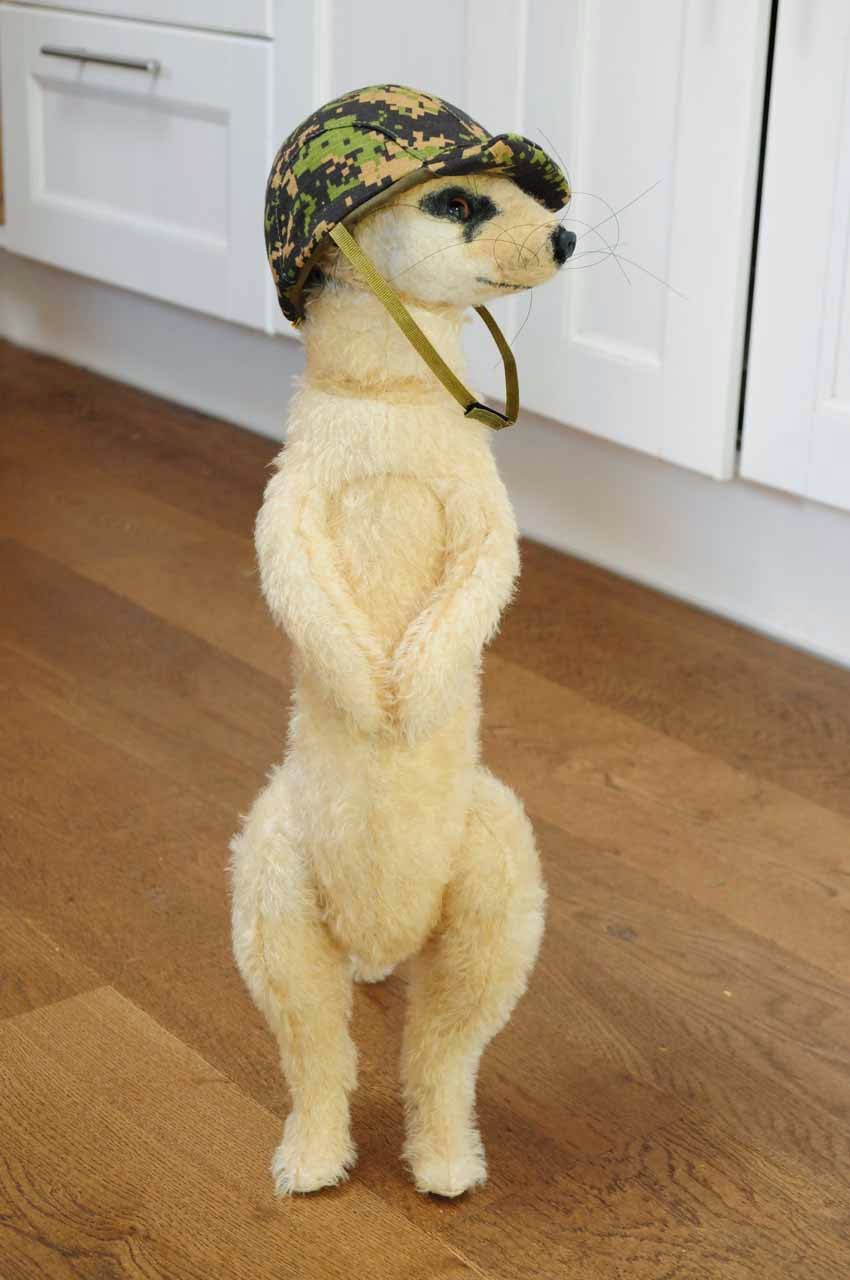 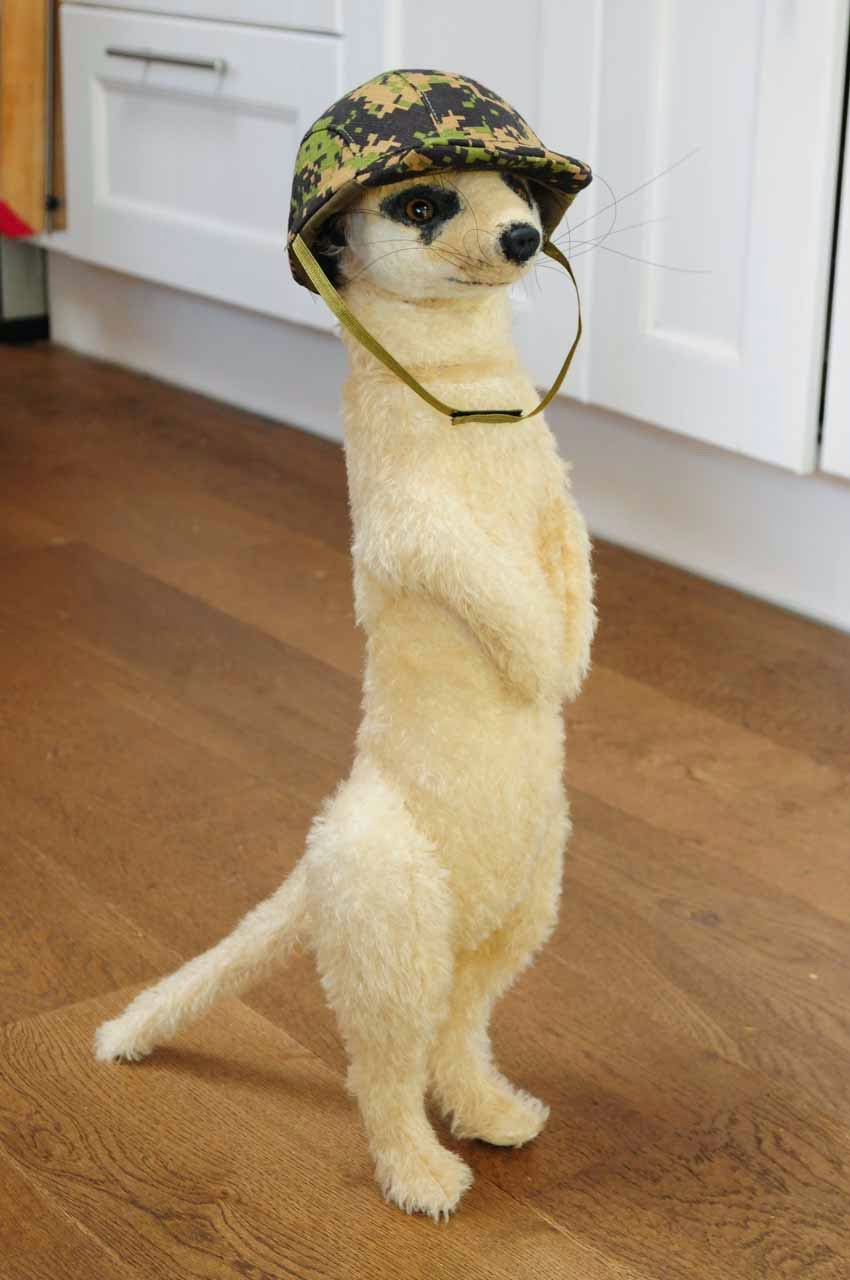 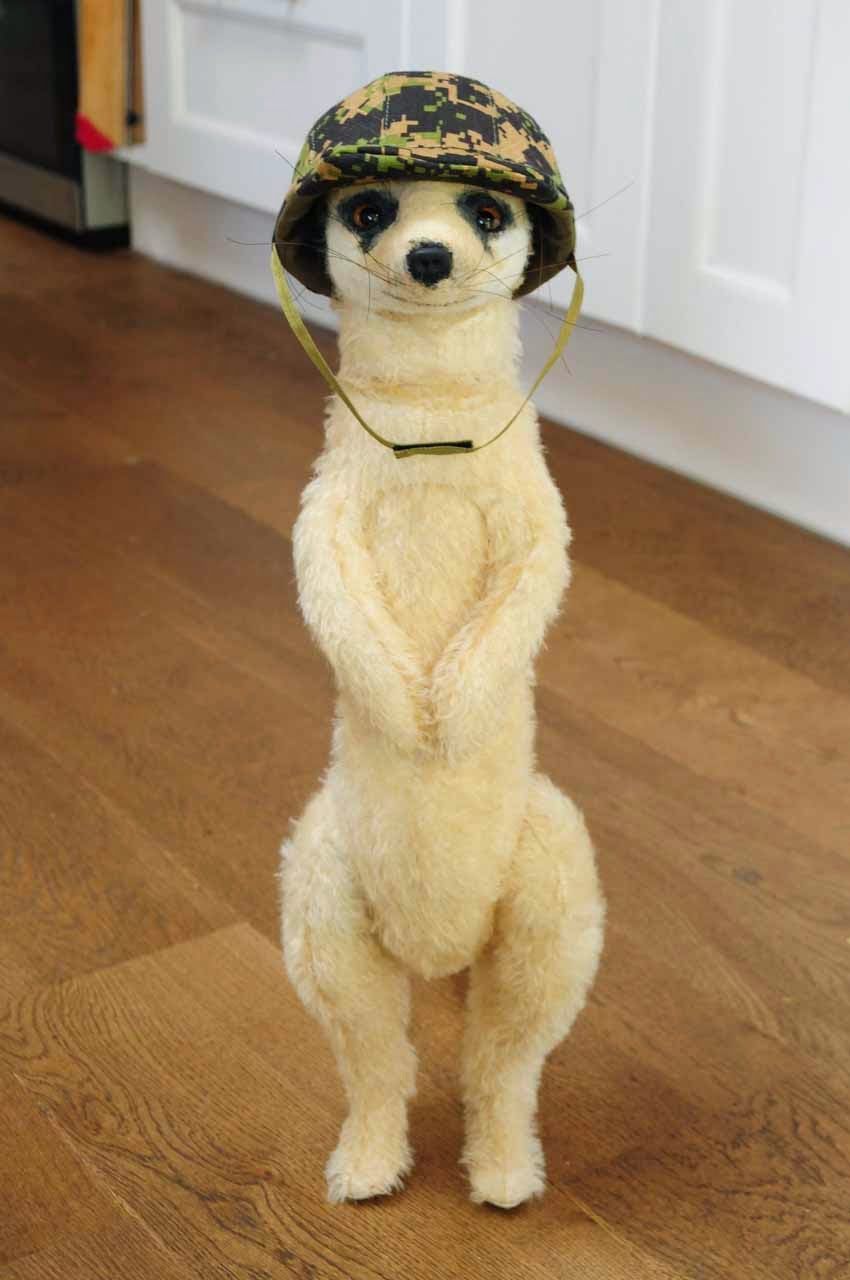 Your stall looks great (not a big foot in sight though lol). I didn't realise how big the crows were. Well done for your sales.