Good morning!  Yesterday I was at the Lavenham Christmas Craft Fair.  It was the first one I've done on my own.  The bit I was most worried about was getting there, and actually finding the venue, but that all went smoothly.  It was the sales that I failed at(!)

There were lots of people there, and I think some stallholders did do well.  The wildlife photos next to me seemed to be selling like hot cakes.  I spoke to several other people who said they'd had a quiet day though, so I wasn't the only one.

I took a few photographs on my mobile phone.  This is my stall... 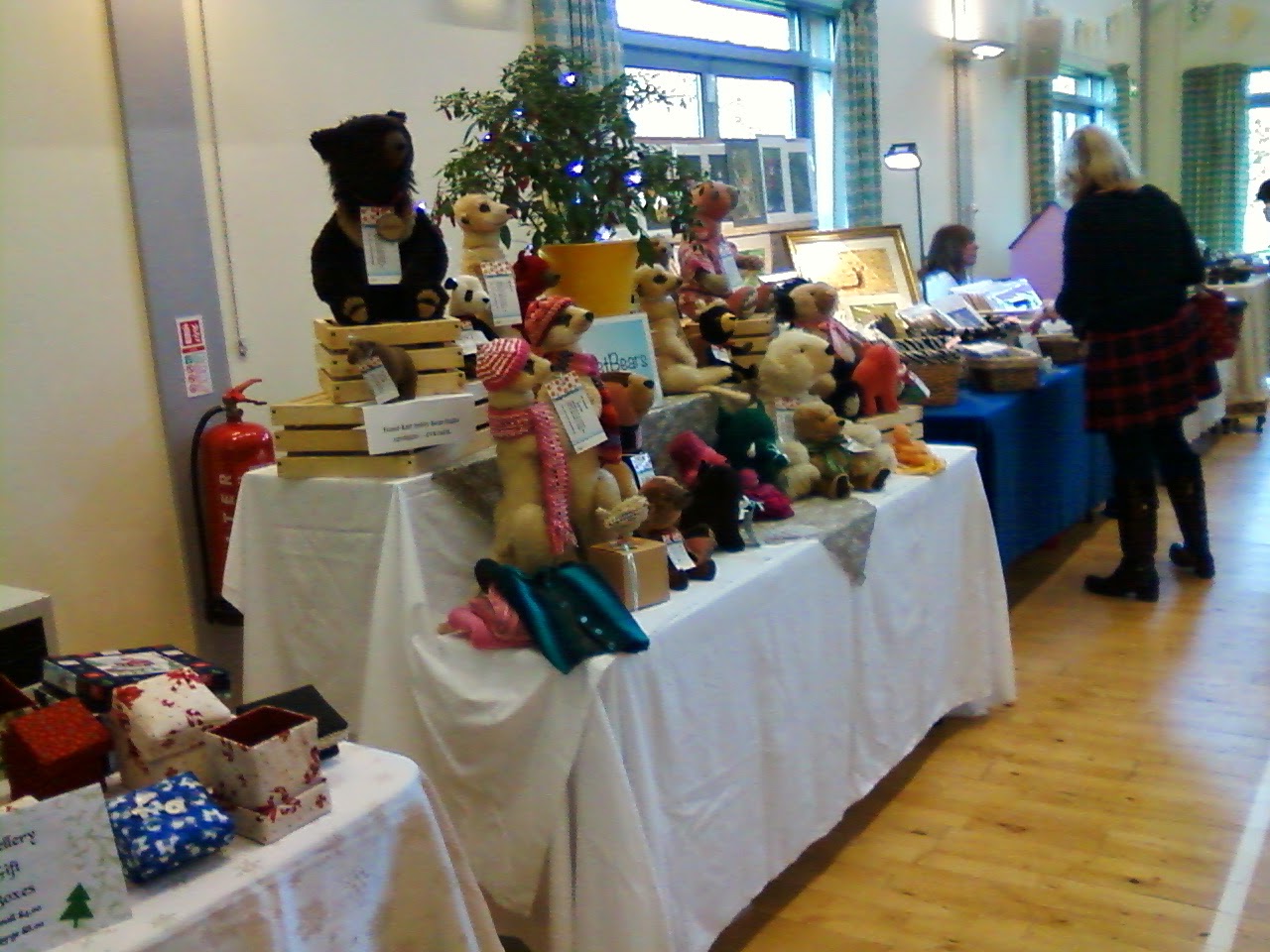 Pavlov and Samantha, wearing their new winter outfits that my mother made for them. 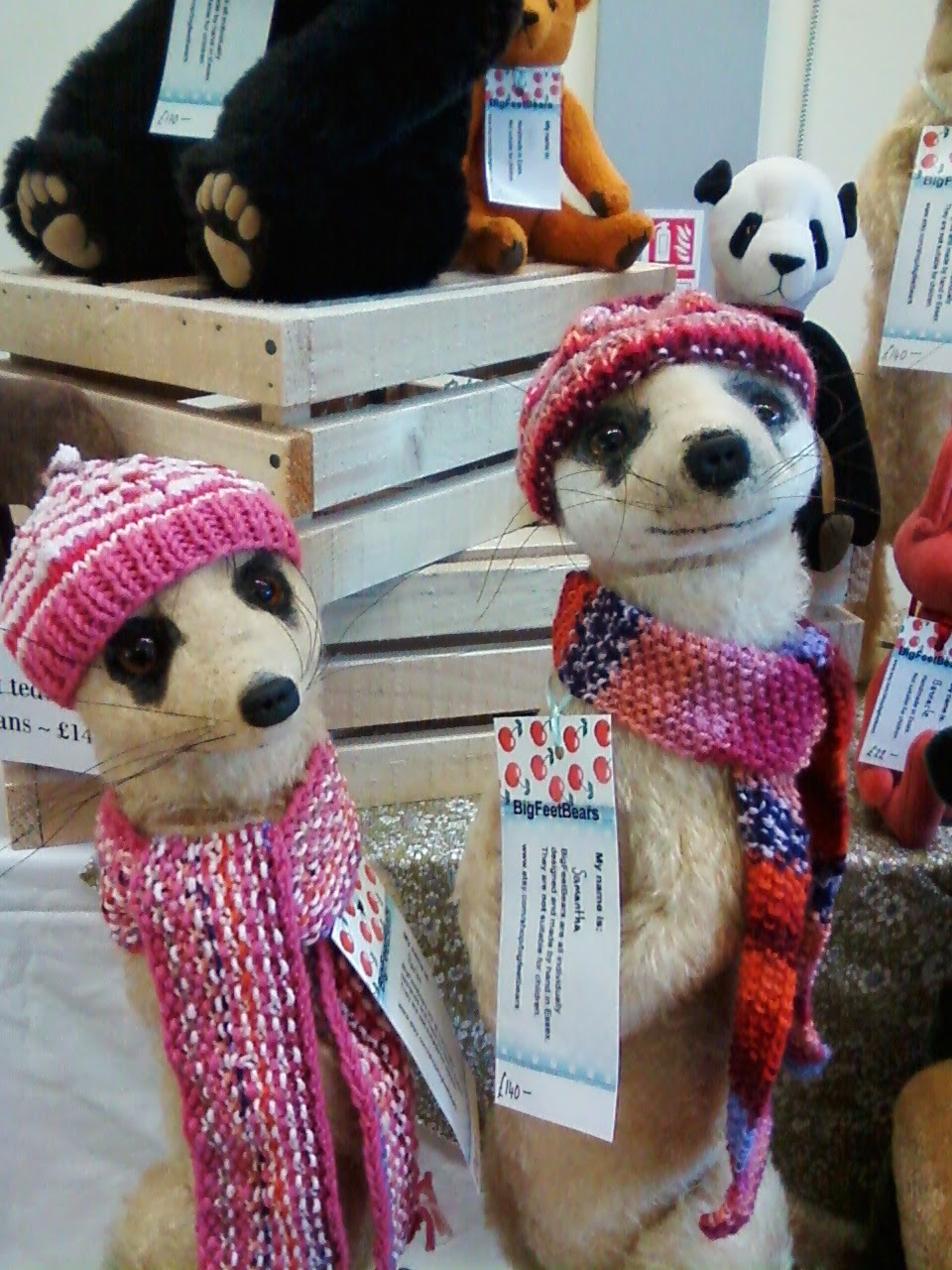 I took my mother's chilli tree and covered it in fairy lights, hoping it would look Christmassy (which it did, sort of). 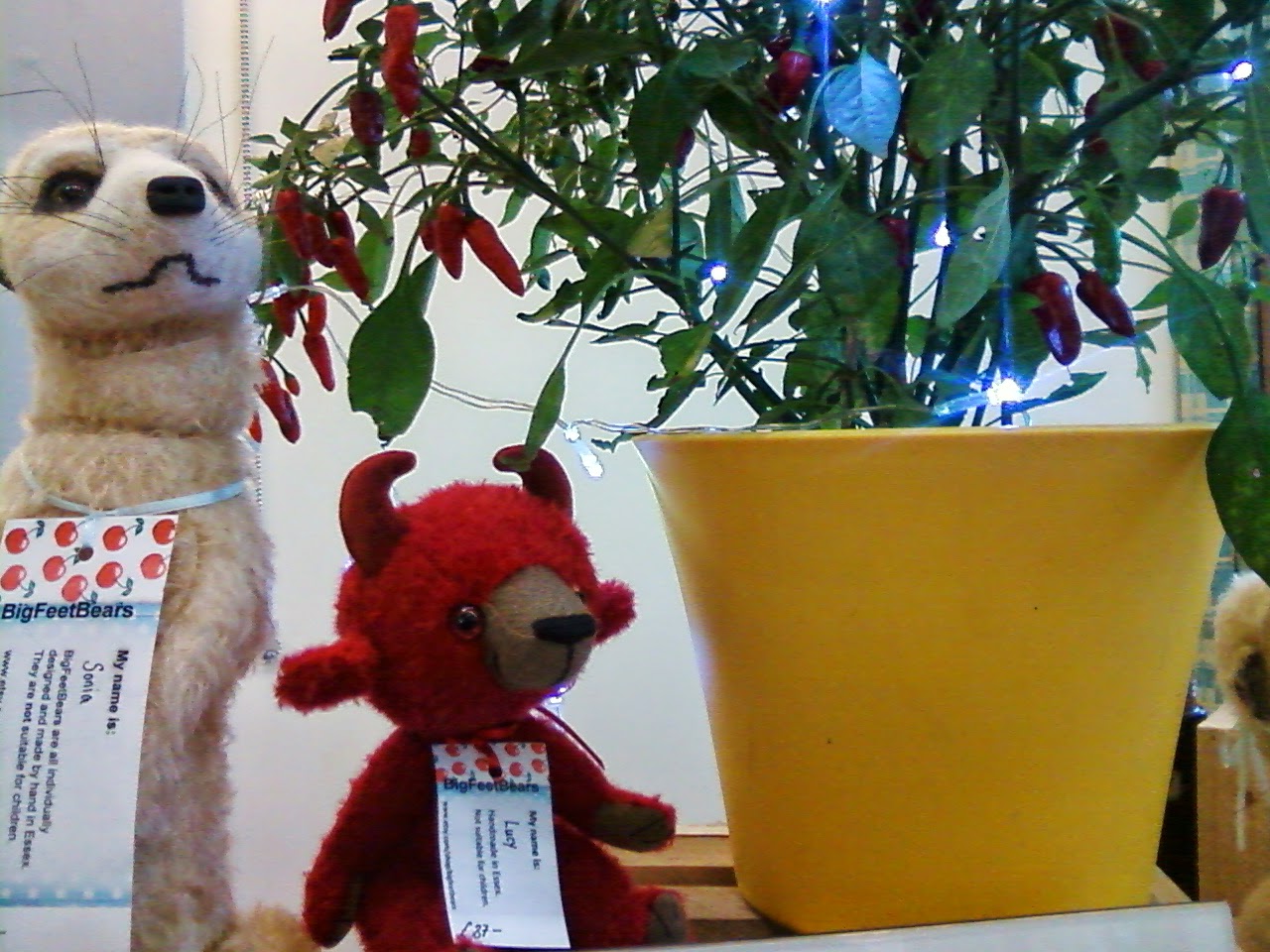 Barnacle, the pink rabbit, who I made last week. 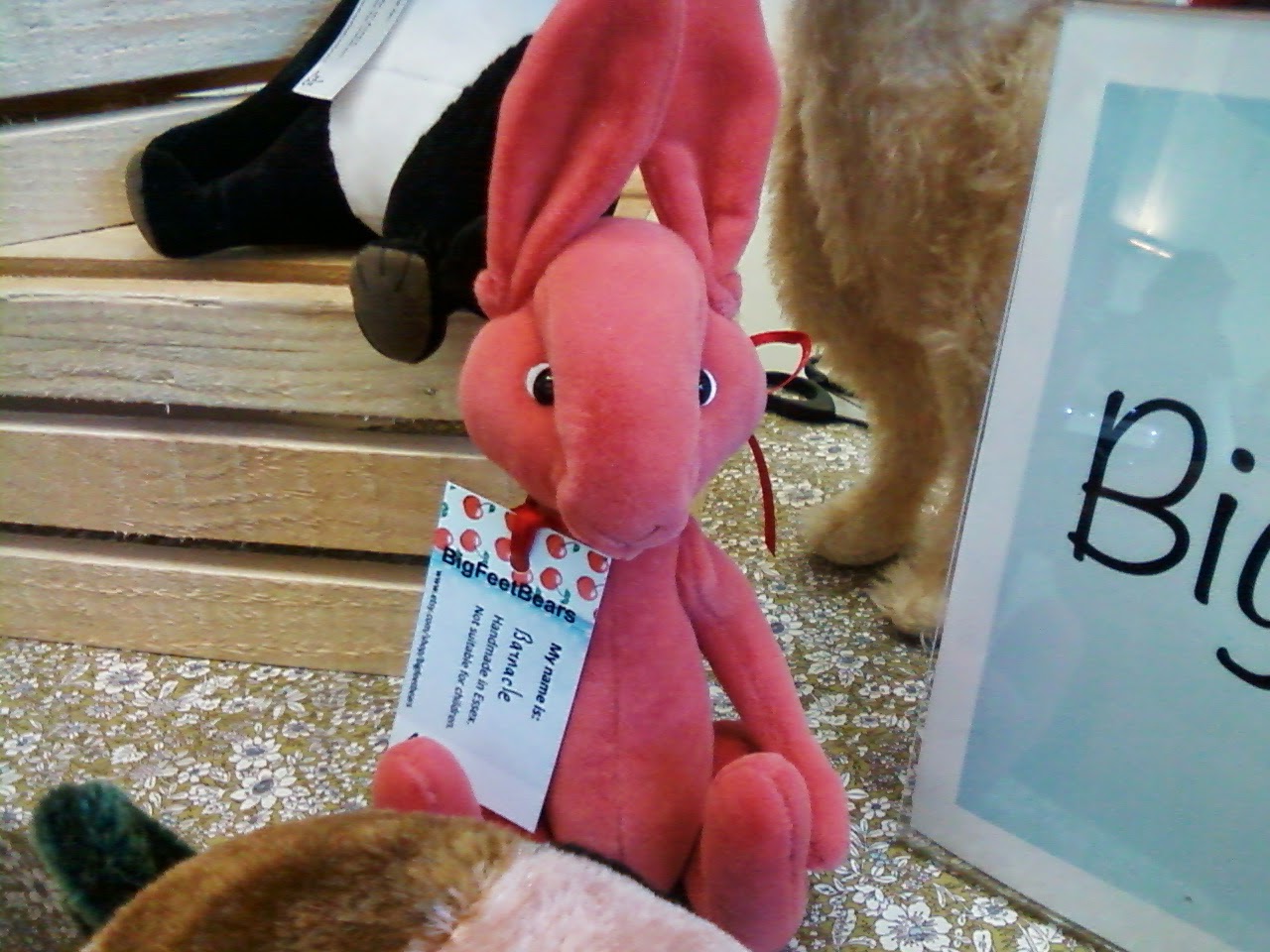 And... Beni the bird, made out scraps of mohair. 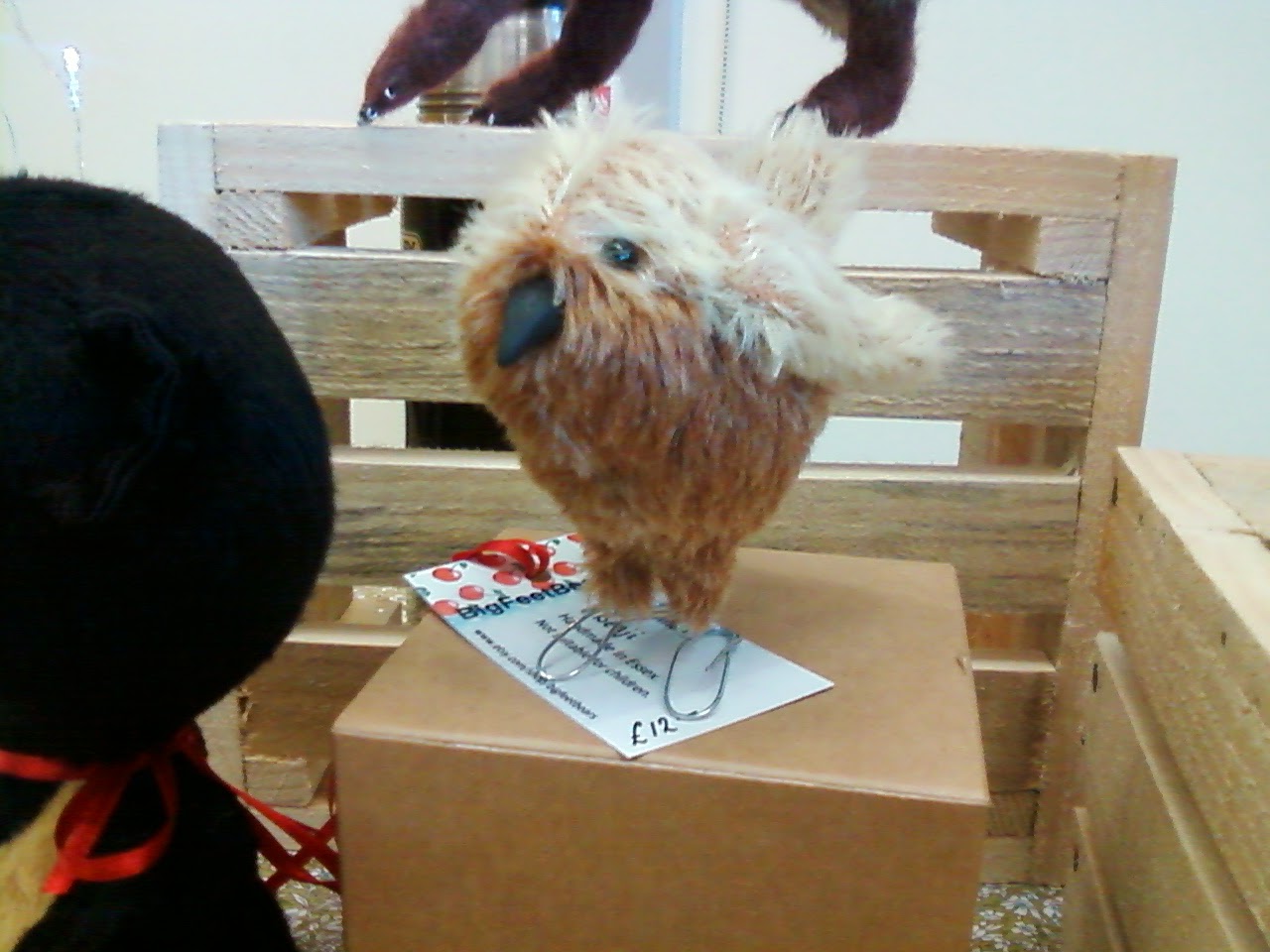 I've got just one more fair before Christmas.  Next Sunday - on 14th December - we will be at a bear fair in Waltham Abbey.
Posted by Ruth at 10:34