I have my first little lot of items for Snape!  In addition to Hattie (first pic below) who you've already seen, I have made four more hedgehogs. 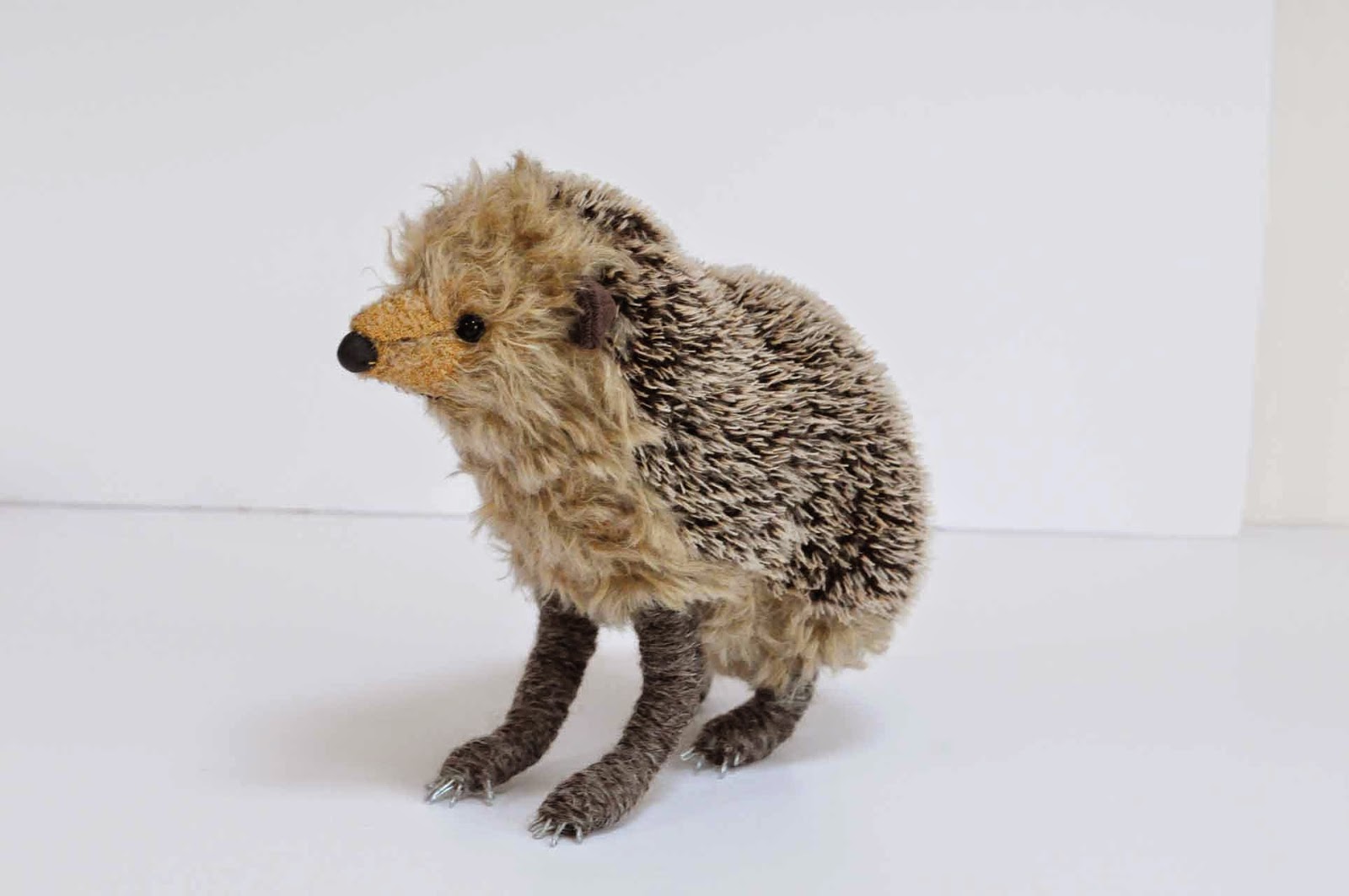 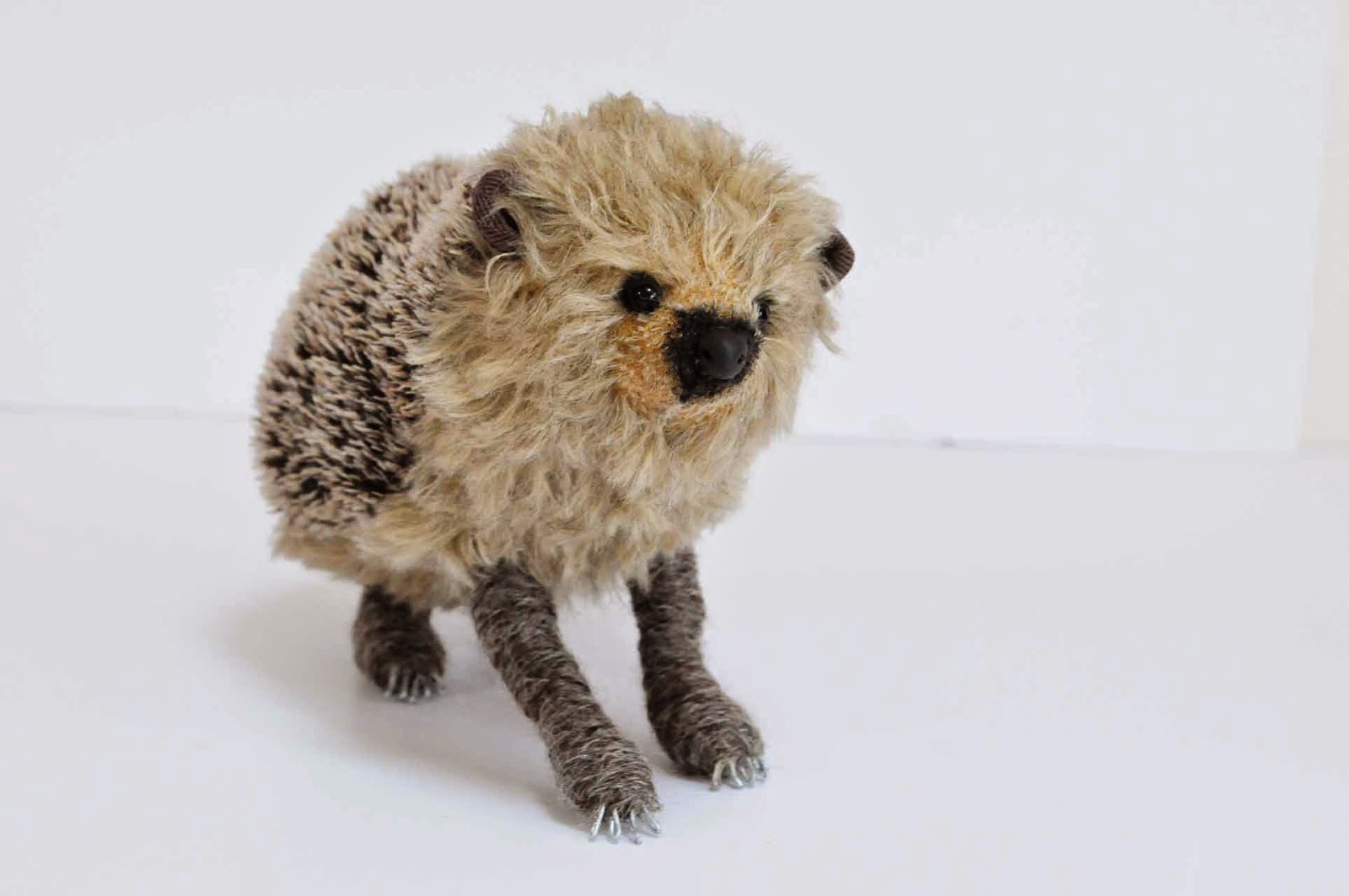 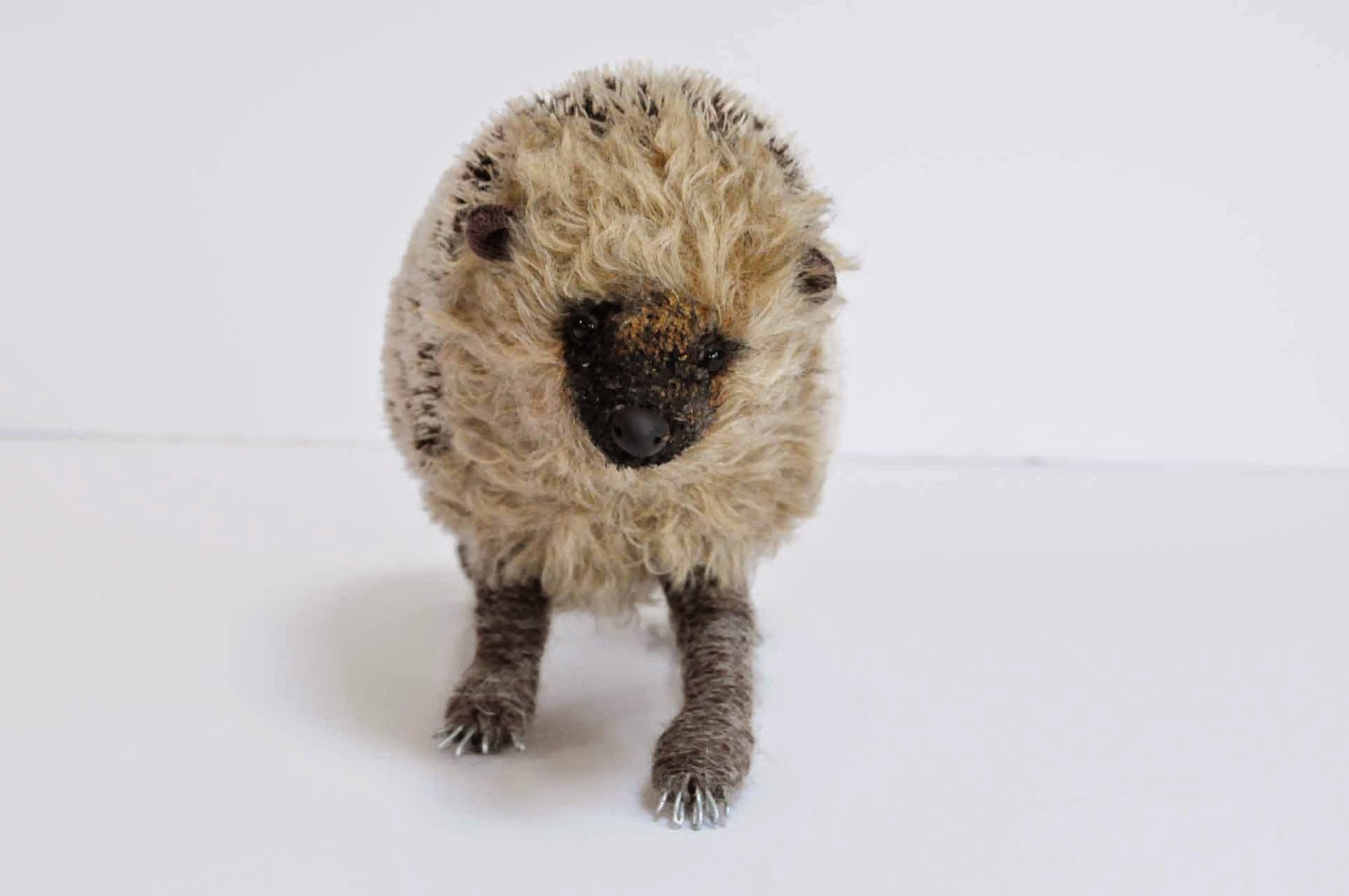 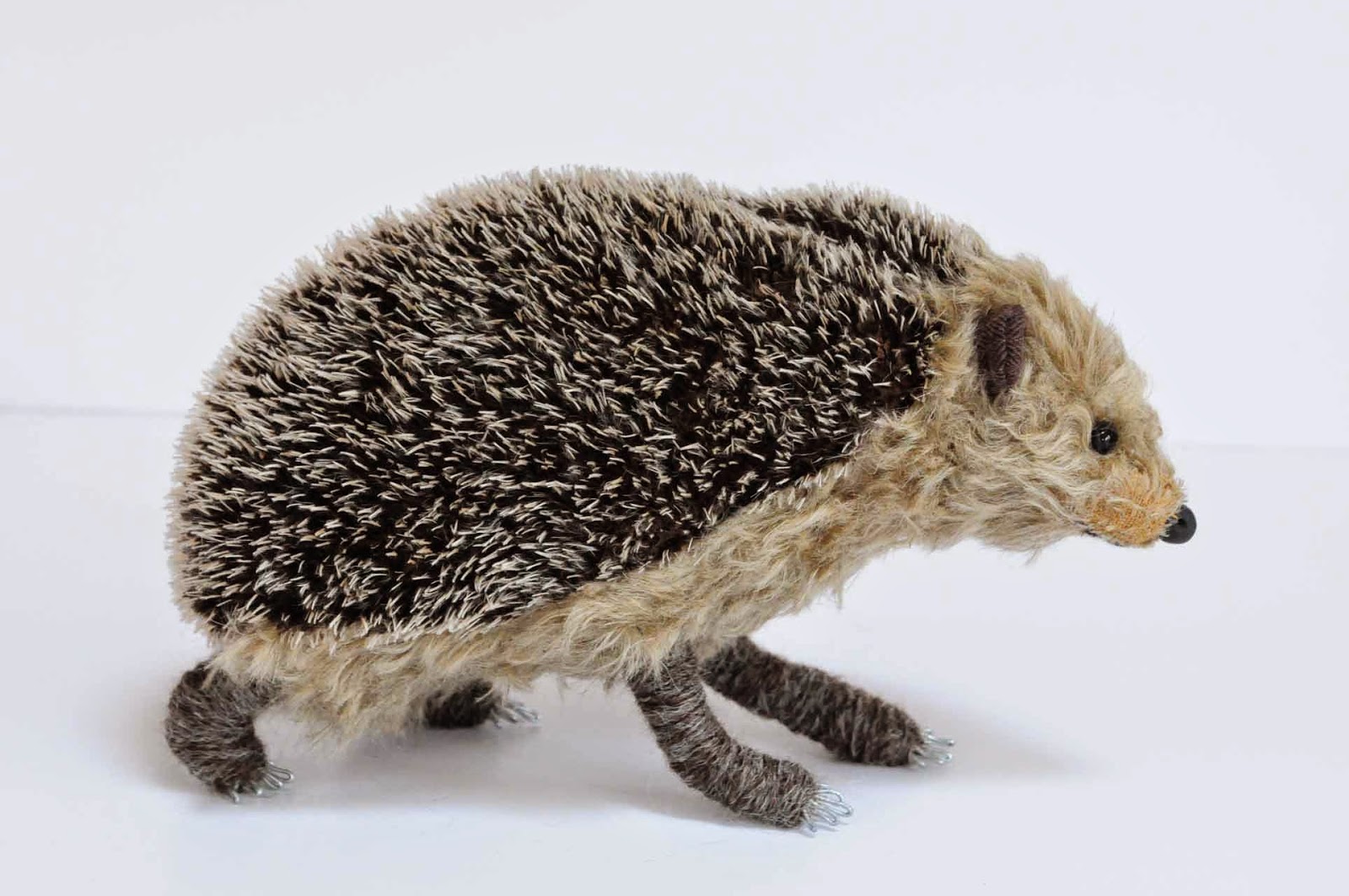 And this is Copenhagen Monty. 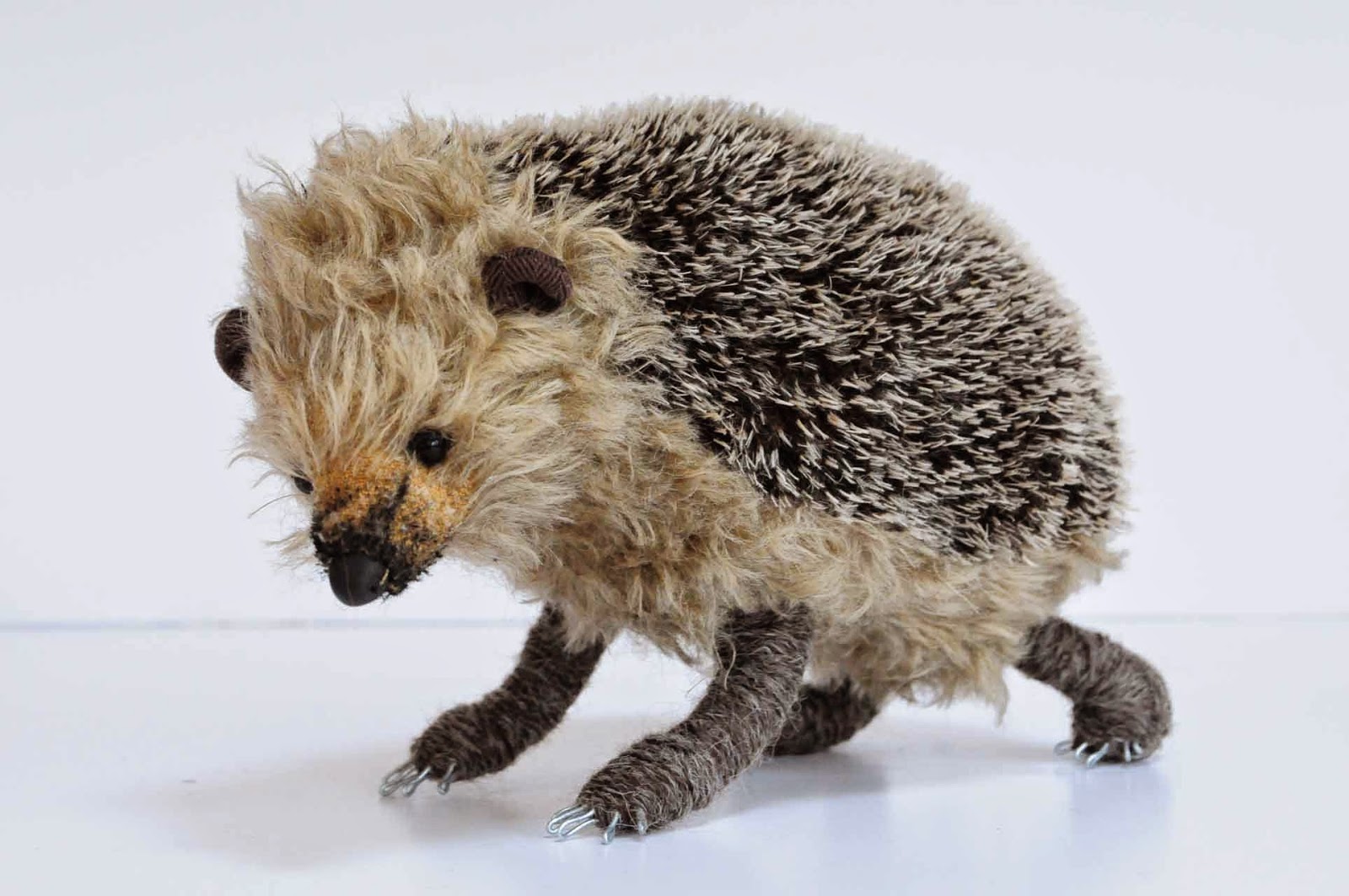 I very nearly came unstuck with Monty.  I wanted to make a hog with his head slightly turned to one side, and my first attempt looked like he had some serious neurological condition.  I did finally get it sorted out though.  Here is another pic to show his little head turn. 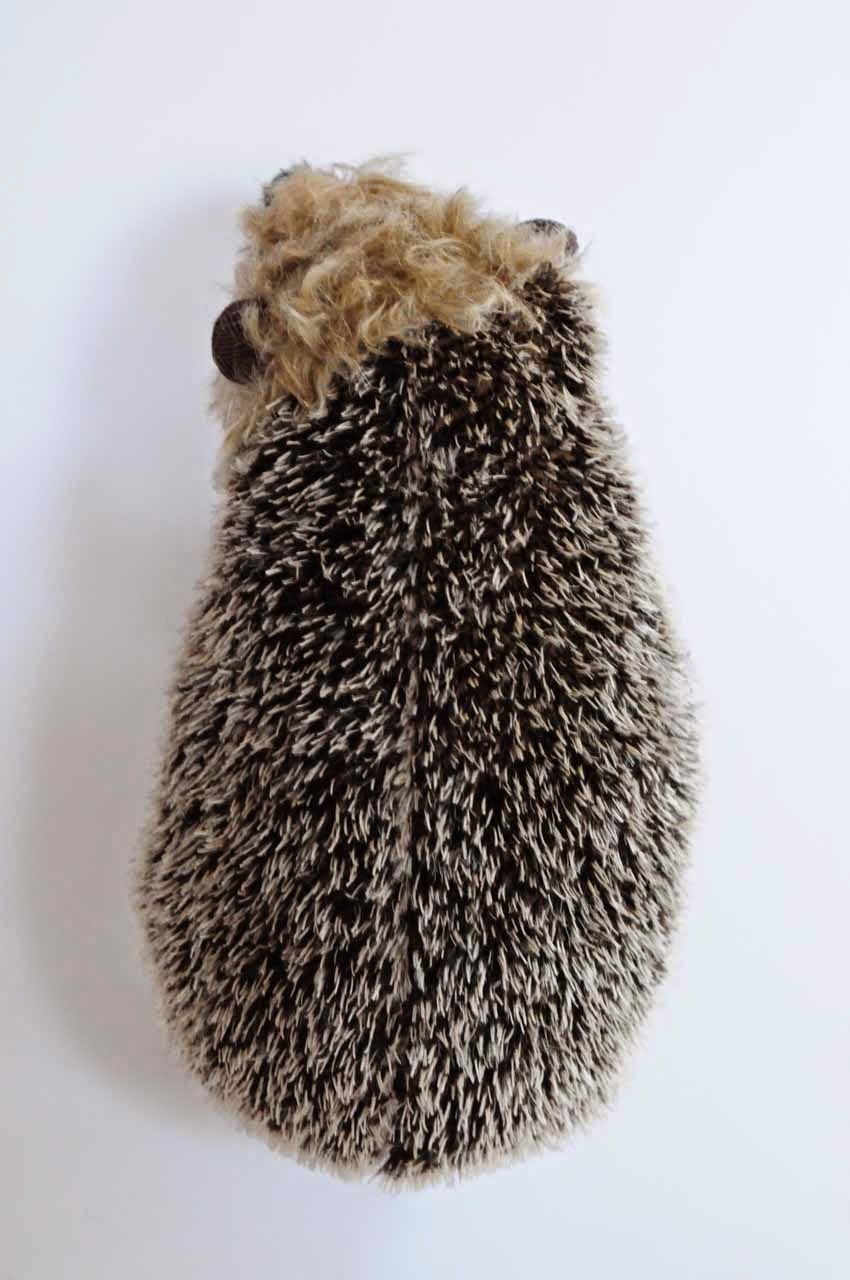 And finally, doing what hedgehogs do best.  Ignore the fact that the biscuits are fish-shaped(!)  They were the only cat biscuits I had to hand at the time, but real hedgehogs generally prefer meat biscuits.

Tomorrow I am hoping to go into the Art & Craft Centre and get some photographs of them next to some Embar Pottery, to use as advertising for the show in April. 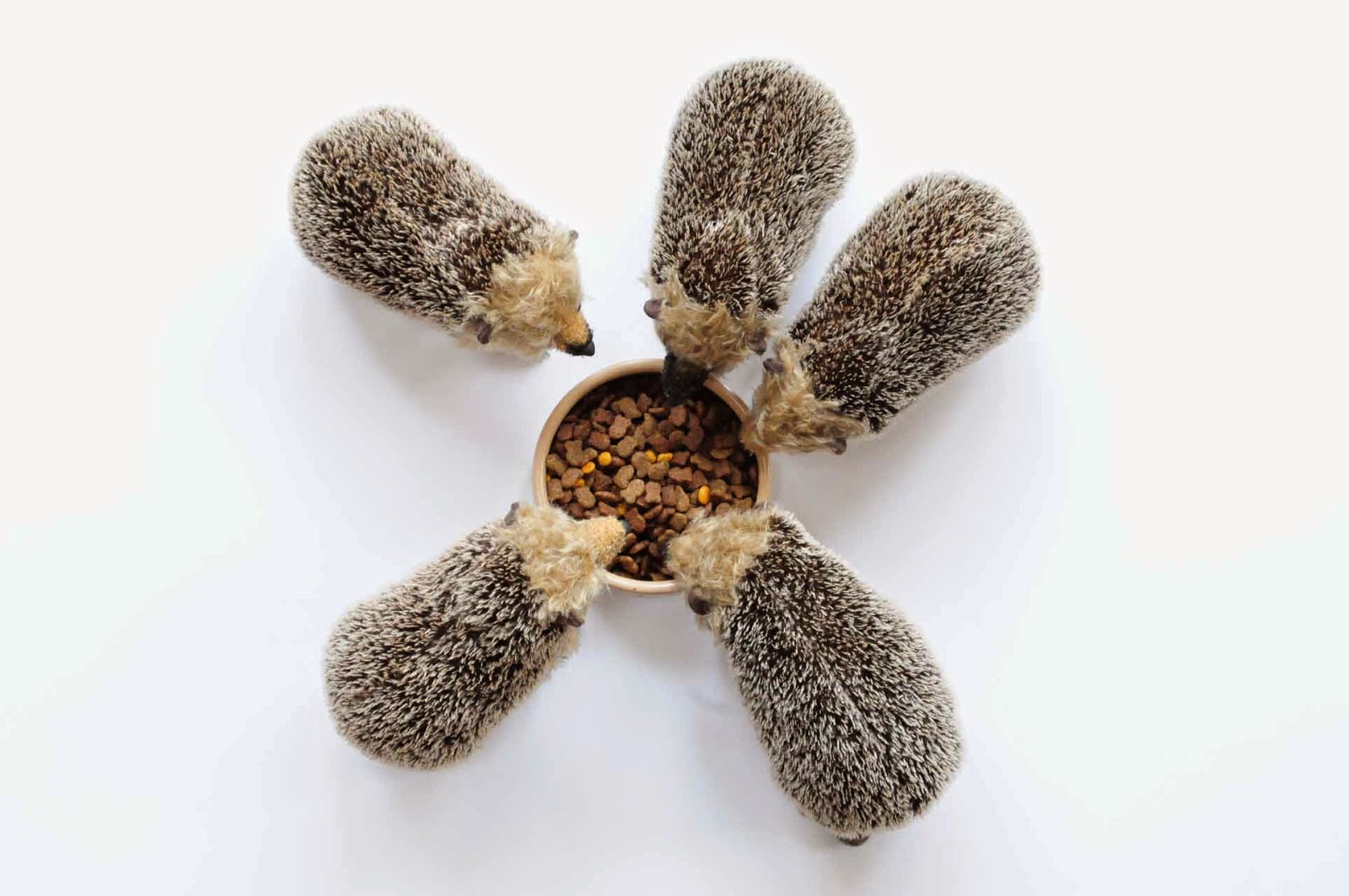 I am a teeny bit worried about having enough stock for the show.  I have been working more days than usual at the Art & Craft Centre, and so my sewing schedule isn't really going to plan.  I am absolutely determined to have some new designs ready though.  Will keep you updated!