Hey - he didn't turn out too bad!  This is Orwell - an unjointed bear made out of brown/blonde silk, with glass eyes and a clay nose.  He is filled mostly with polyester fibrefill, but I had to stuff his head with wood wool otherwise it just wasn't firm enough (a complication for people trying to make him from a pattern).

I love his bulky, realistic shape!

Orwell is about 10" long, from nose to tail, and 7" tall, to the top of his hump.  He weighs 394g unpackaged.  (Excuse me while I confer with myself for a minute.)  The fabric cost £80 per metre, and he requires just less than a quarter of a metre.  Unfortunately I can't buy it in fractions smaller than an eighth, so I have to buy a quarter of a metre to make a bear like him.  Stuffing works out as £4.22; glass eyes as £0.68.  That makes £24.90 in materials.  I'd usually double this to get a sale price but £49.80 sounds quite steep.  How about £45 - my usual fallback option?  The crows and puffins are both £45.  Orwell has less detail, I'd say, but he is made from a much more expensive fabric.  I have some lovely orange/brown wool that I bought from the Frinton carpet-and-curtains shop.  Perhaps I should make a similar bear in that fabric as a less expensive option. 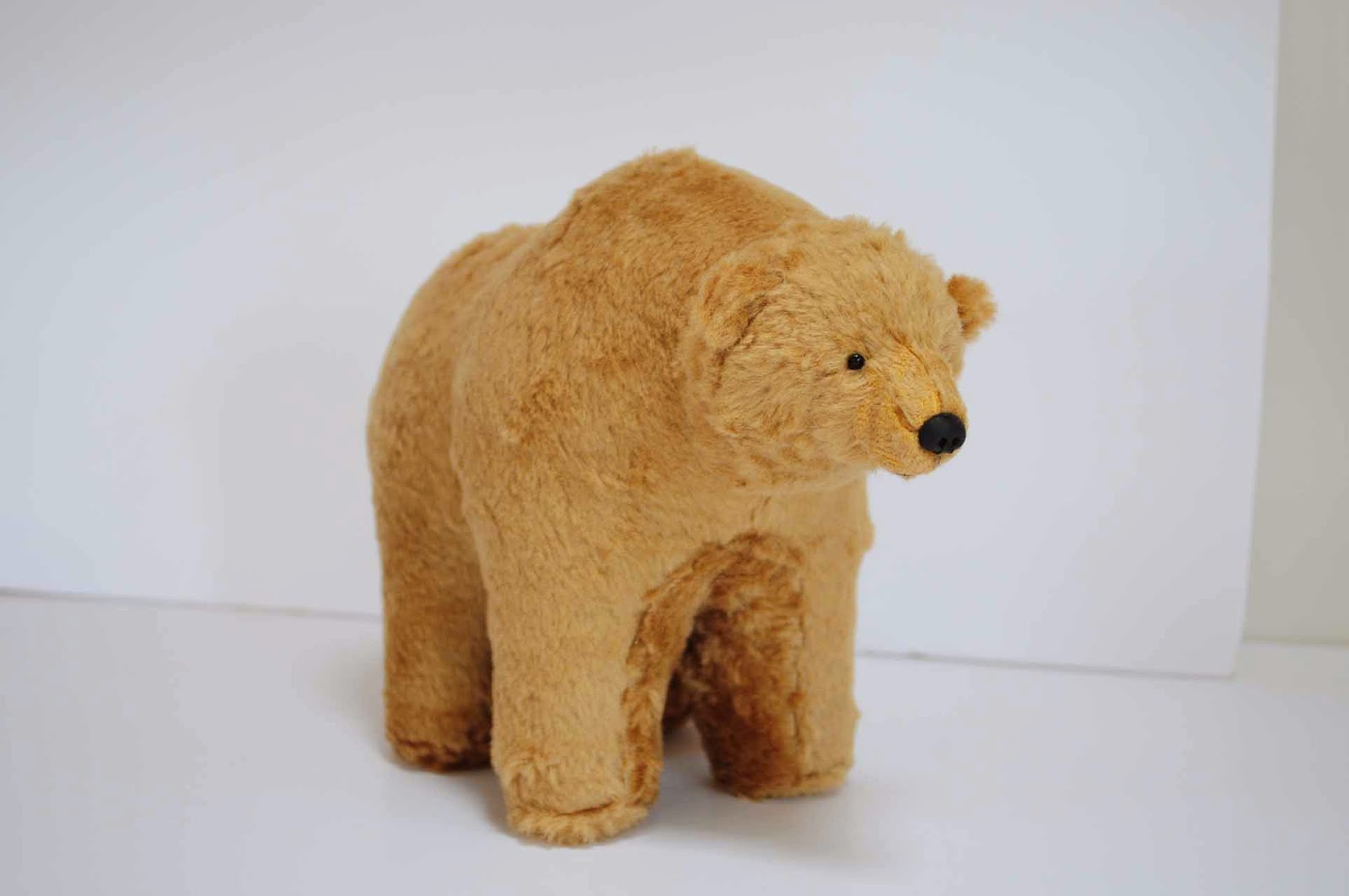 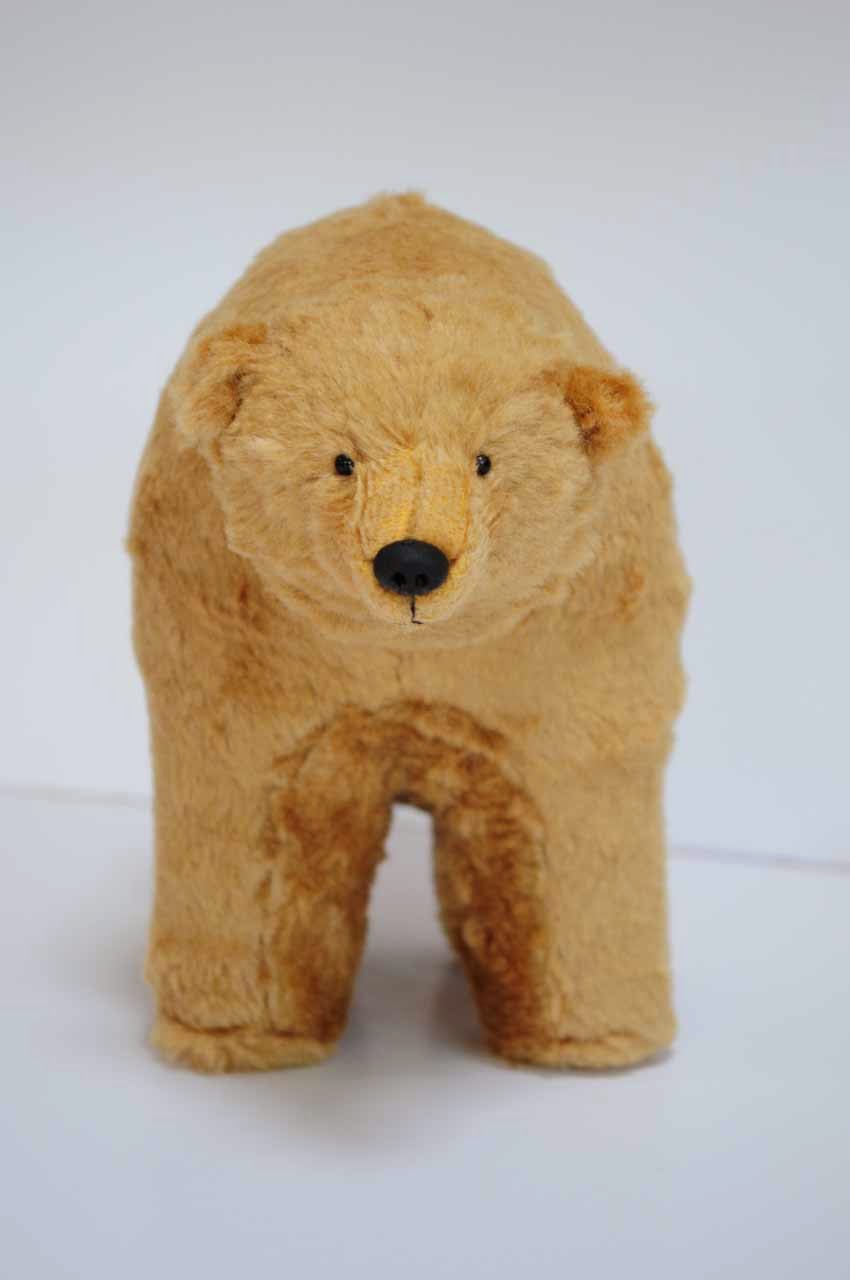 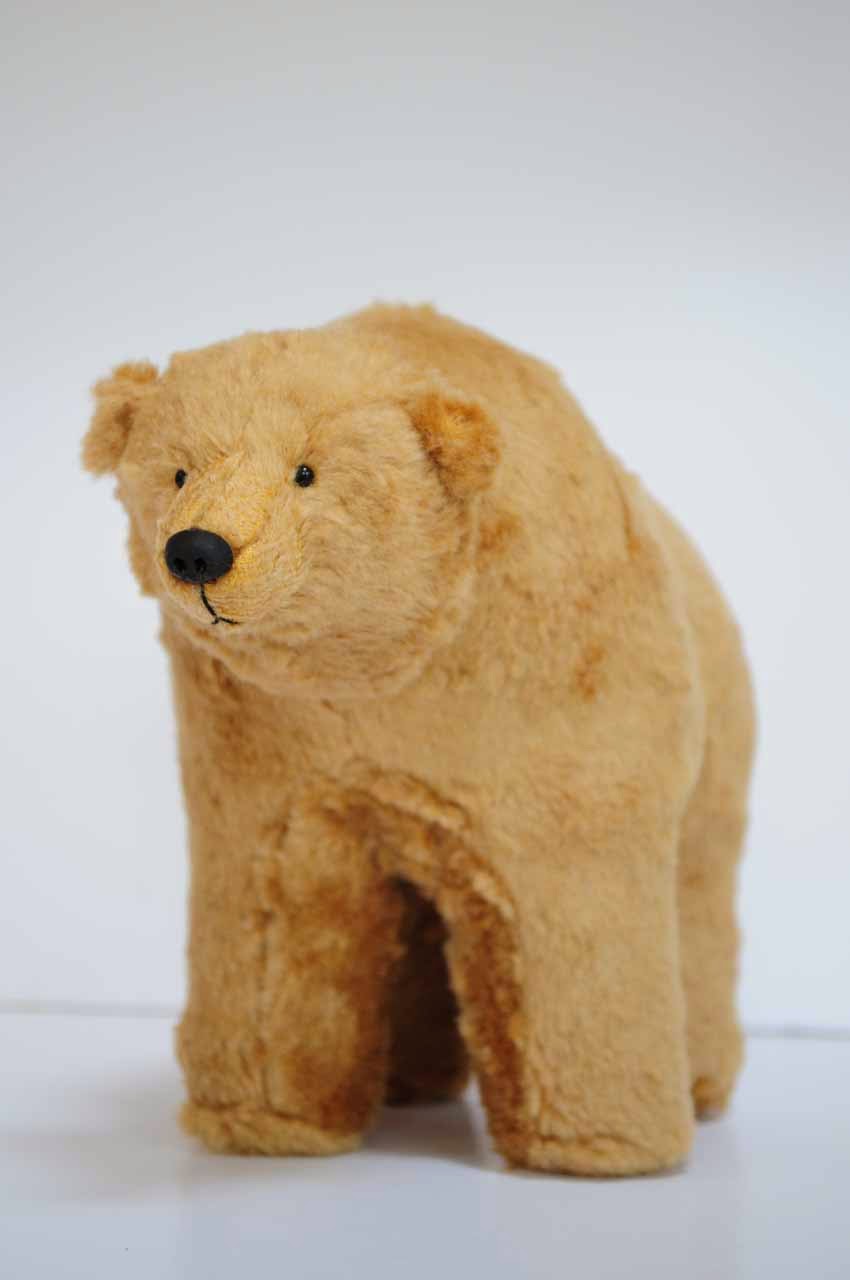 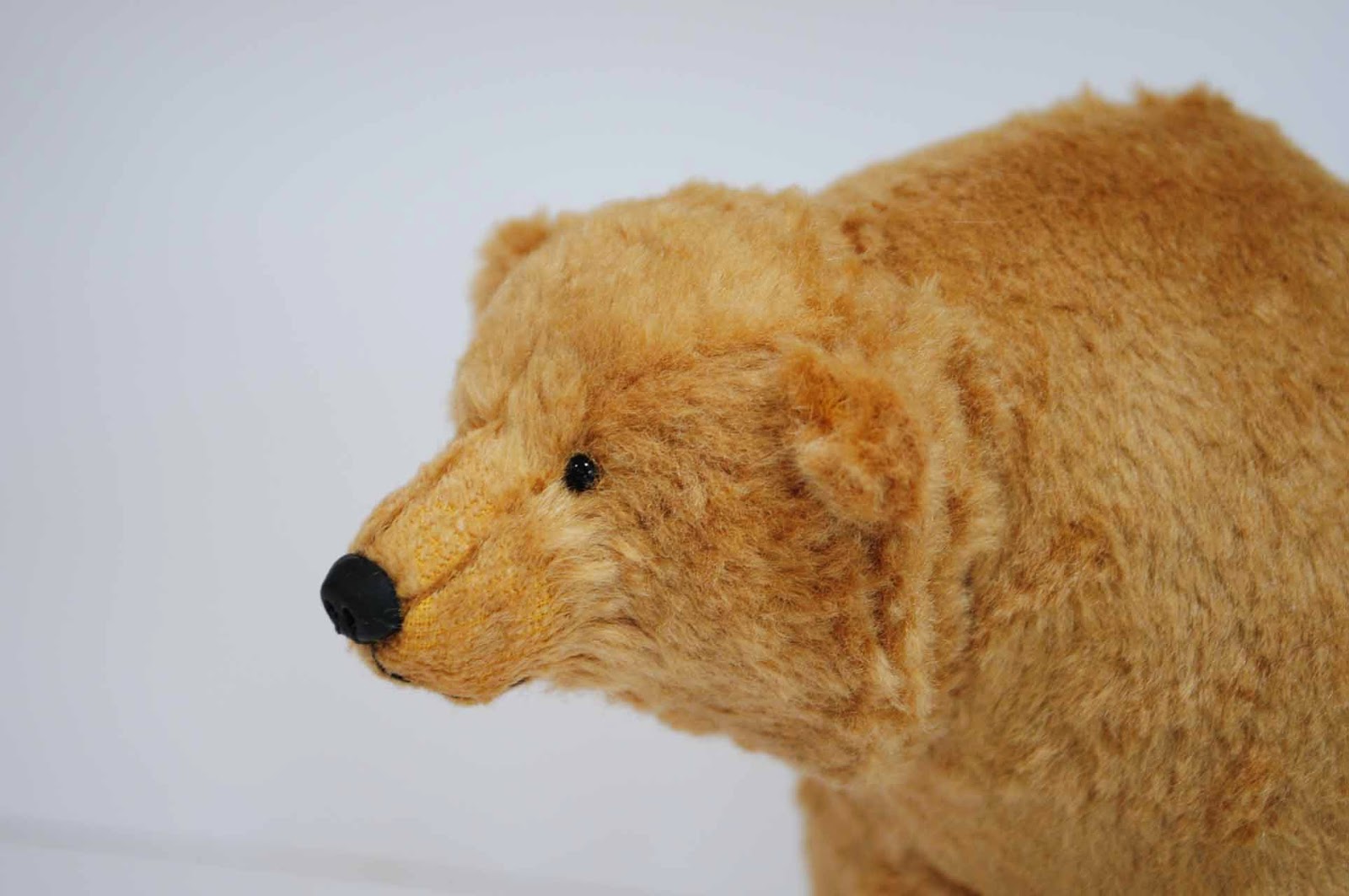 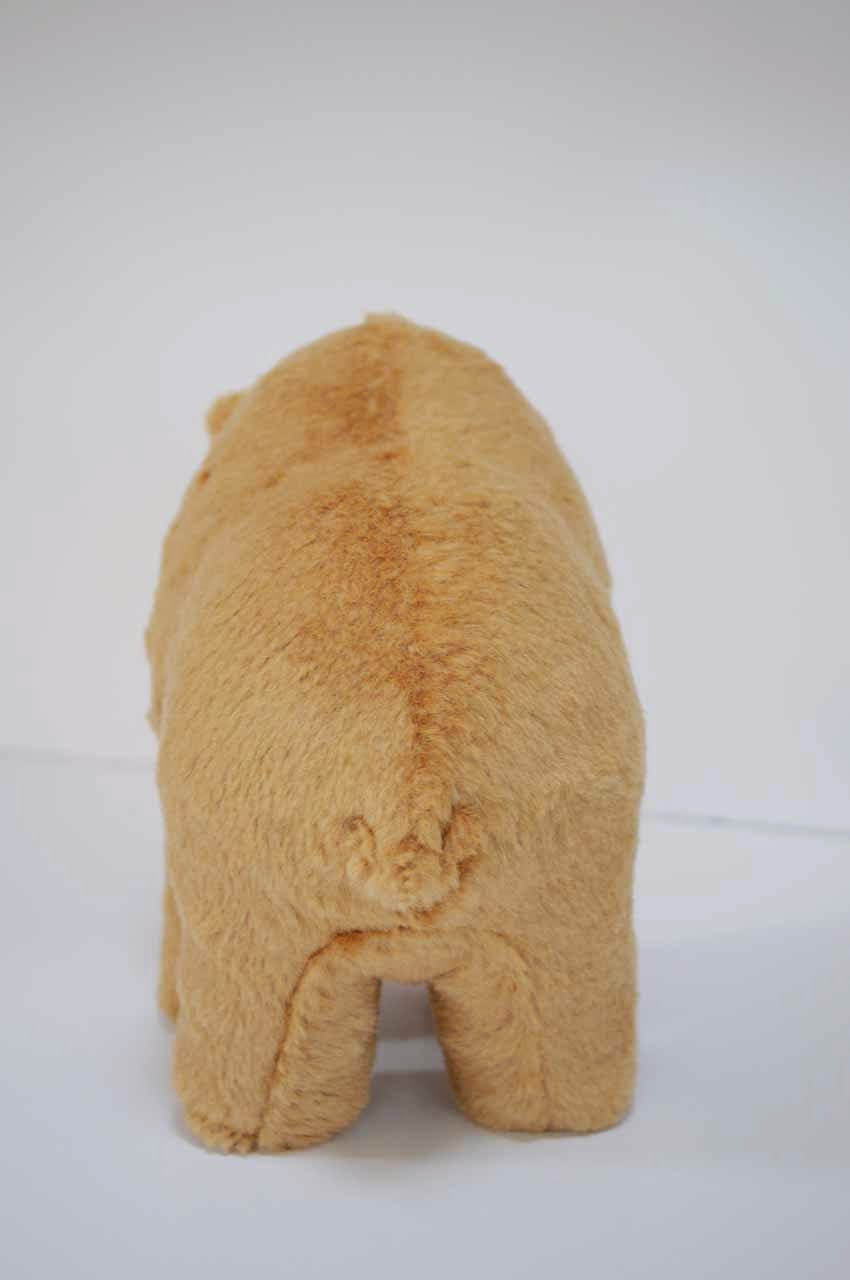 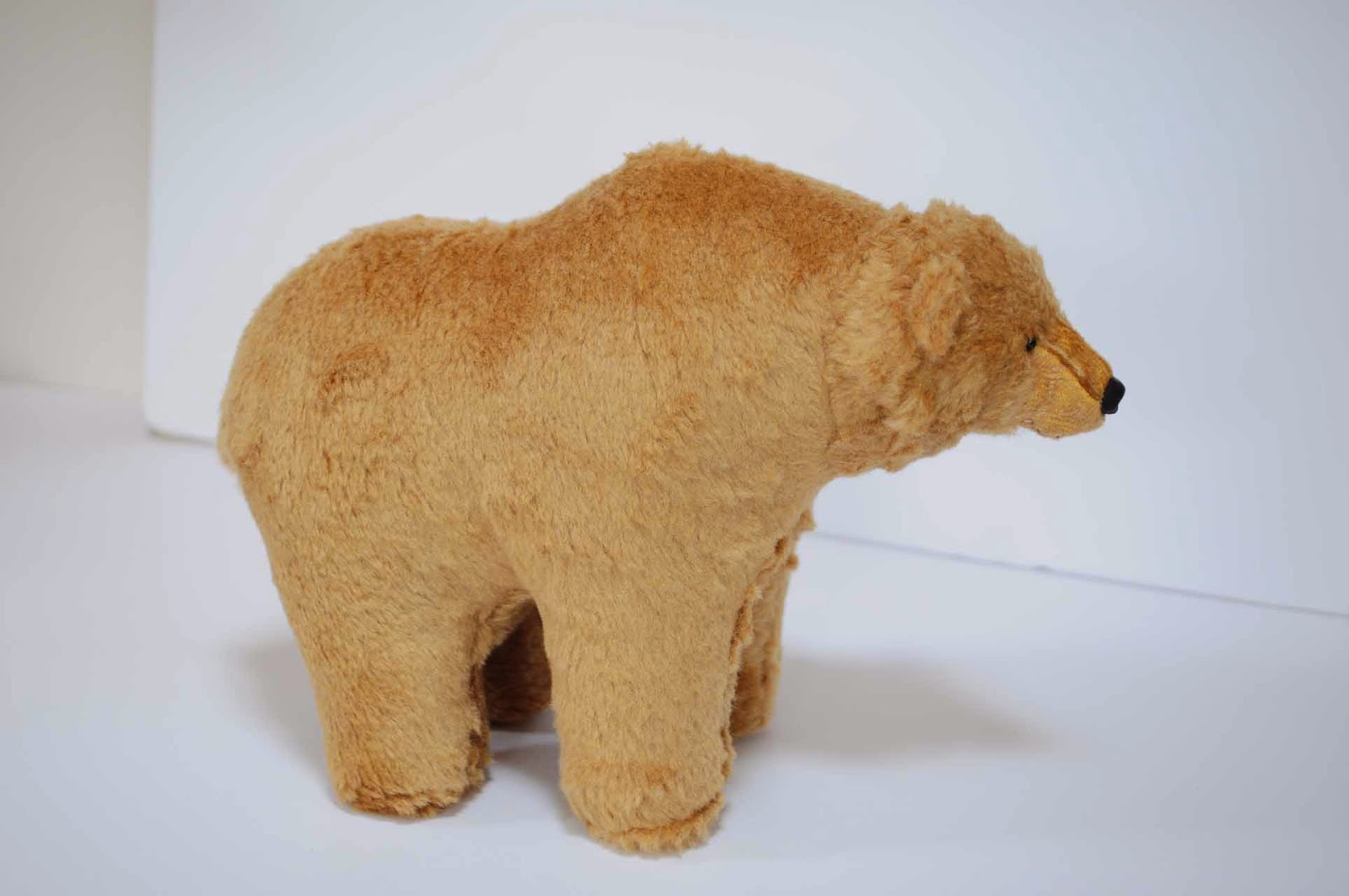 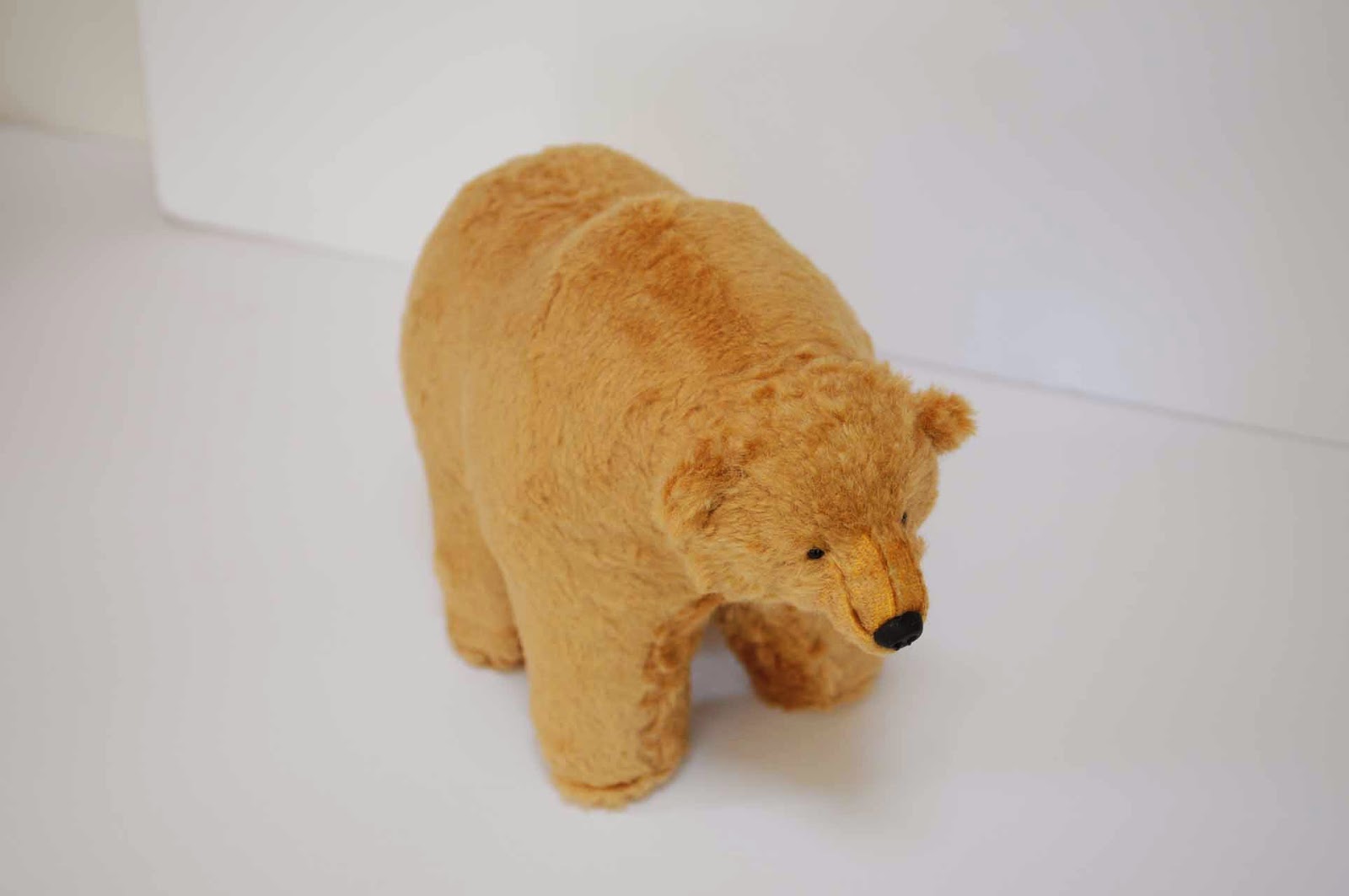 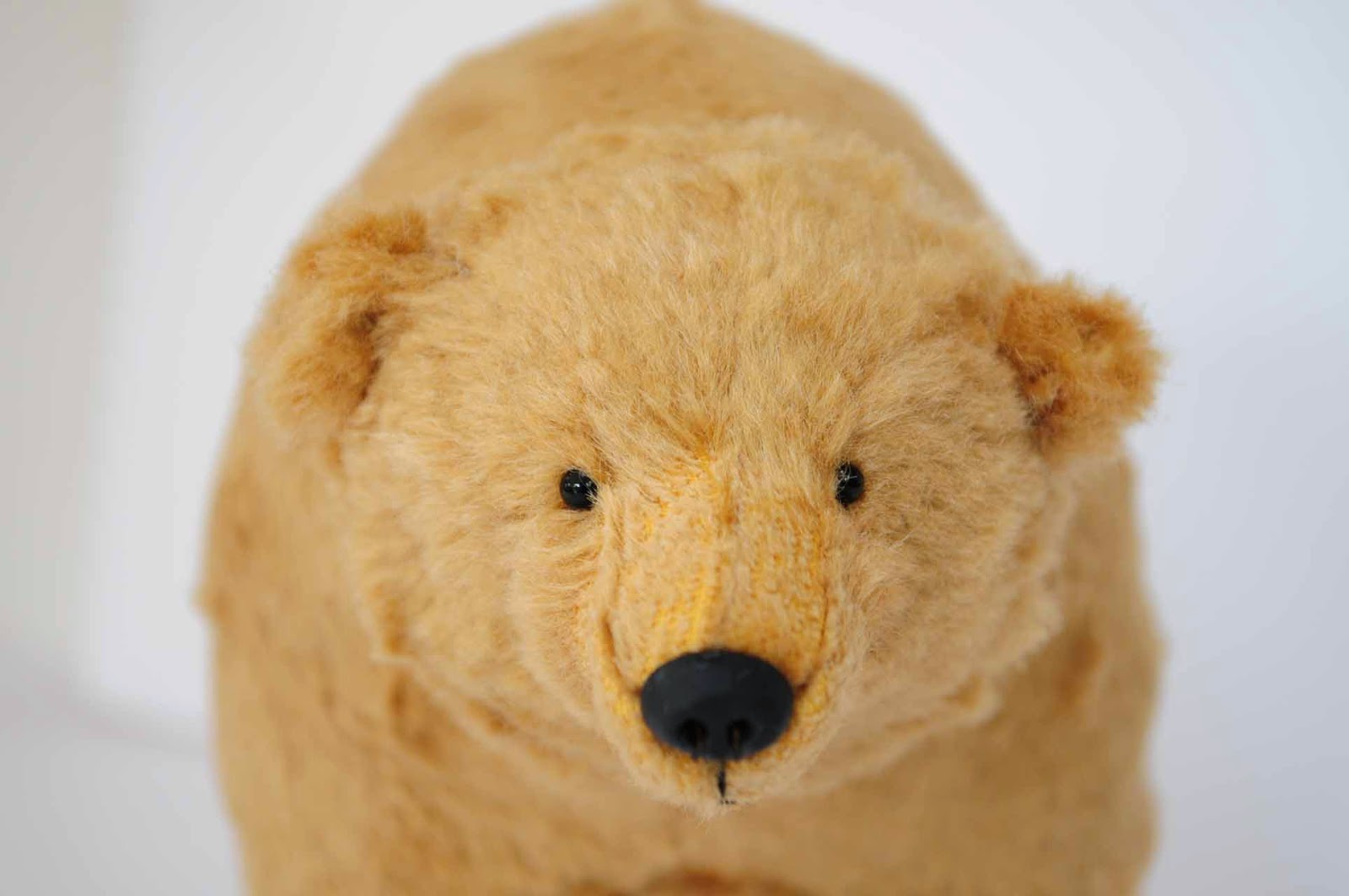 I recognise that bottom! I like the high shoulders too.