How to write Etsy descriptions for mohair bears

I've been thinking about how to improve my shop listings, and recently I read two short Etsy articles  - here and here.  Interesting stuff - particularly the bit about search engine optimisation.

After reading the first article, I tried Googling Evie (my moon bear - who literally just sold as I was writing this!), and I got the following:

This is Evie - a little moon bear, designed and handmade by me in beautiful soft...
Evie - collectible mohair artist moon teddy bear, 10 inches, by BigFeetBears

So, what should go right at the top of the description - what matters most to people who like BigFeetBears?

From speaking to people at shows and online, I would say that there are two things my customers particularly like.  One is the fact that the bears are made out of mohair.  The second is that fact that, because they are handmade, they are all slightly different - they all have different expressions.

I wrote about this a while ago in a post on unique selling point.

Whilst a lot of what is written on sales and marketing centres around explaining the 'benefits' of your item, this is an inadequate concept when you're talking about items which are purely decorative or sentimental (like mine).  I think, rather than benefit, I need to try to convey the personality of the bear - in a way which can compete in the buyer's eyes with the benefit of an alternative purchase.

Conveying the personality of a teddy bear involves what might, if I remember rightly (and let me see if I can spell this correctly), be called anthropomorphising - that thing where you ascribe human emotions to "beings other than human" (a Wikipedia quote).

I struggle with this.  I used to work at a wildlife rescue centre, and occasionally we would get people (well-meaning people, certainly) come in with, e.g. a baby blackbird that they'd carried around in their pocket for a week.  "It thinks I'm its mum!" they'd say, but the bird would be struggling to stand up because it hadn't been given access to the twigs and branches that little birds need to develop properly.

Then once, we had someone come in with a fox cub.  They had found it when it was tiny and they wanted to keep it as a pet, but after a while it grew unmanageable, so they had to bring it in.  And of course, they had been giving it cow's milk, so it was very sick...

So anyway(!) I used to see anthropomorphism as a bad thing - and no doubt it is, when it leads a person to mistreat an animal.  However, although I haven't really thought about this before, I do anthropomorphise my cat... 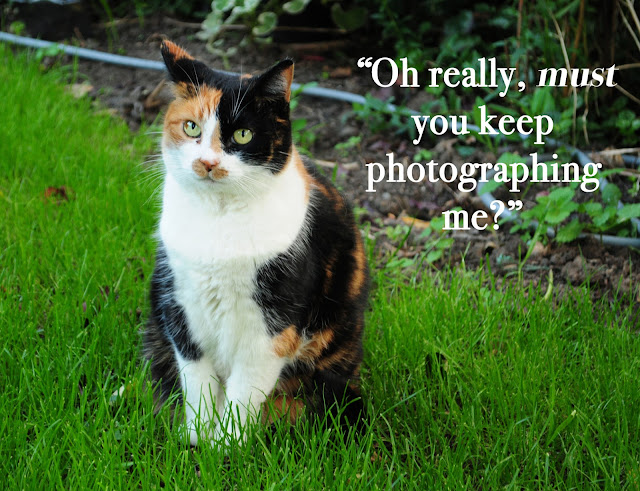 And I do anthropomorphise my bears... 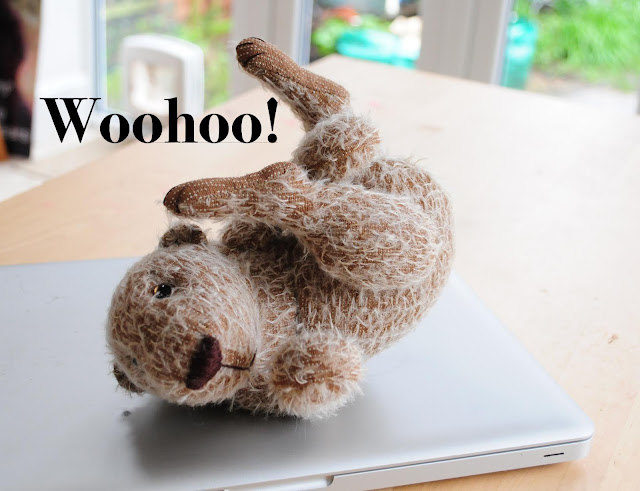 Indeed, finding the character of a bear is often 'make or break' for me.  I usually have them sitting on the table in front of me for some time after they are completed.  Sometimes I even take them with me when I go places.  They can have lots of wonderful detail and technique, but if I don't come to recognise something akin to a human expression or emotion in their eyes, it feels like I've failed.

And it helps to put it into words... 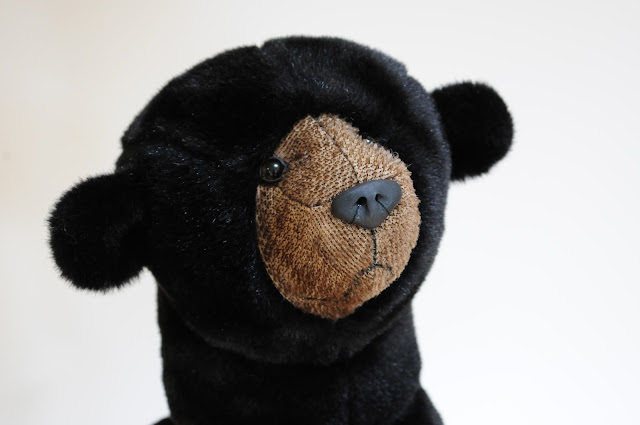 I liked Maurice (above) when I made him, but I'd fall in and out of love - he was made out of faux fur, rather than mohair, which may have had something to do with it.  Then, when I was preparing for a show one day, I had this arrangement all set up in my unit at the Art & Craft Centre... 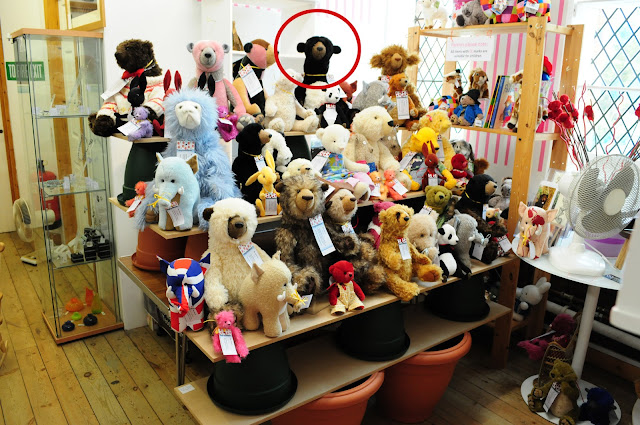 And a friend, a retired teacher, said that Maurice reminded her of a boy she used to teach - he always sat in the back row of the class, and had very similar ears...

After that, I did think of him affectionately as being like a gangly, noisy teenager with big ears.

So, despite supposedly not being a big fan of anthropomorphising(!), and despite feeling that such descriptions can sometimes cross the line into twee-ness, so to speak, I don't see why I shouldn't use my own characterisation of my bears and animals when sharing them with customers.

So Evie's Google listing should (had she not sold) now read:

This is how I think of those little moon bears.  Whilst each one is slightly different, they are all slightly wild-looking, with a blinding smile.  Blessed with happiness, if not with manageable hair. 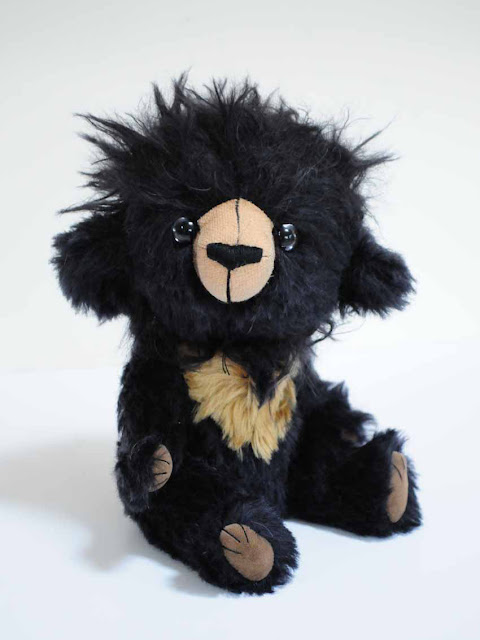