Good morning!  It's been a very fattening week!  I've been sharing some of my food photos on Instagram, and since I don't have anything much to share on the bear-making front, I thought I'd share the food photos here too.  This first one is 'American-style' pancakes.

As part of my job at the pub, I'm supposed to do the breakfast prep for the next day, including making pancake batter.  I was getting in a flap about it because it's a very different recipe from anything I've seen, and I don't know where anything is kept, or which bowls/spoons/whisks/whatever to use for what.  And I'm always in a flaming rush because there's usually so much washing up to do.  I wasn't getting anywhere asking people, so I ended up taking a covert phone photo of the recipe and bringing it home to practice (not sure I should be admitting that online).  It went alright - although I shall have forearms like Popeye after a couple of weeks of whisking egg whites by hand.

The pancakes were good!  The blueberries didn't really work unfortunately.  I did try actually putting them in the batter, but because they're about twice the height of the pancake itself, when I turned the pancakes over, it sat on 'blueberry legs' as it were, and the base didn't brown as it should do.  Hmmm. Perhaps crush the blueberries first? 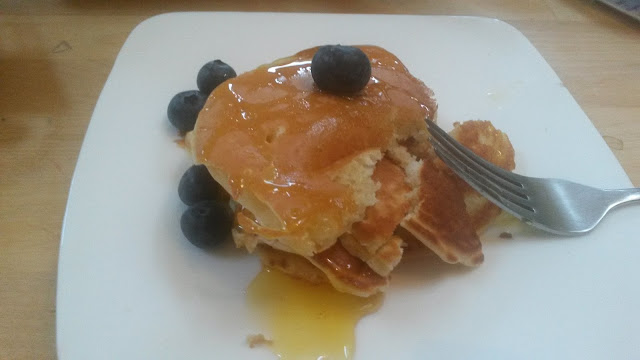 Croissants are another recipe I've been struggling with - but I did get it right in the end.  My biggest mistake was starting from a recipe I found in a random old cook book, entitled Best Kept Secrets of the Women's Institute.  It turned out the recipes found therein really would have been better kept secret, because the croissant recipe didn't work at all!  After two attempts with that, I found a Paul Hollywood recipe via Google, and that does work, thankfully. 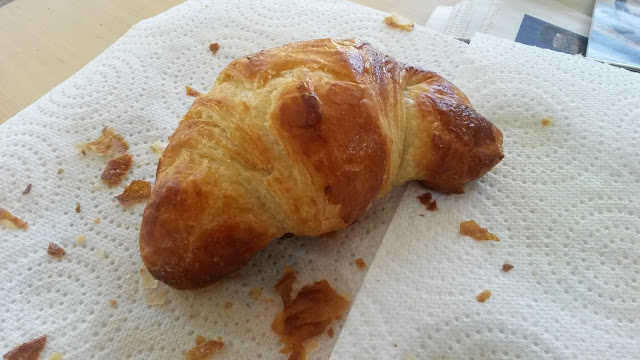 I also made florentines from Mary Berry's Ultimate Cake Book.  The recipe worked well, but I think I mucked it up again.  I used cooking chocolate, which wasn't very sweet, and the walnuts were slightly bitter (too old maybe?), so they weren't much of a 'sweet treat', as it were.  They did have chopped cherries and mixed peel in them too, but I didn't really notice them.  Next time maybe more fruit, a better choice of nuts, and slightly sweeter chocolate. 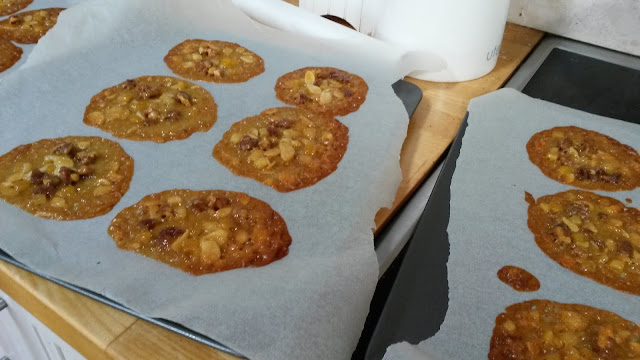 I tried making crisps - like they do at work.  I was convinced that they baked them, but I've found out subsequently that they deep fry them.  Anyway, when you bake them, it turns out they can either be pale and slightly chewy (which is quite nice when they're hot, but rather sad when they're cold), or crisp and much darker in colour (i.e. burnt).  I'm not sure either really works.  I might have another attempt, but I'm not sure it's really practical without a deep fat fryer. 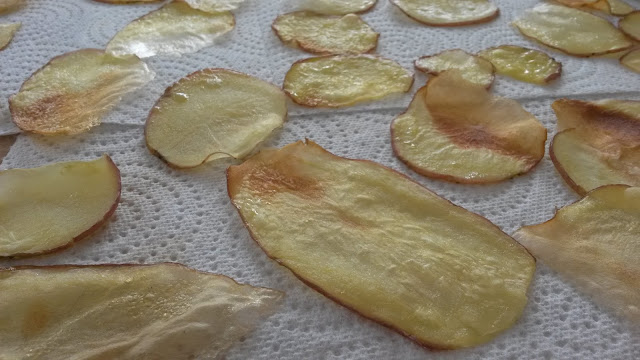 It's difficult to know how to stay healthy, with all this baking.  I actually lost a bit of weight when I started my washing-up job - which was kind of nice - but it's all gone back on again now, and then some.  I have been jogging every so often, but its not always so easy when I've been working and my feet hurt.  I might dig my bicycle out again and try some cycling - a nice, British, sitting-down sport!

Anyway, I have been trying to compensate for all the baked goods, so I've eaten lots of these... 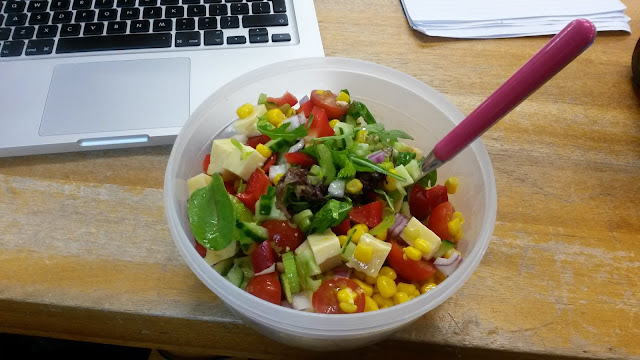 And finally, the sole result of my sewing efforts last week - the beginning of a new design.  I put this picture on Instagram, with what I hoped was an encouraging 'any guesses?' kind of comment, trying to get people to engage.  I got one response, from someone who told me it looked like a cat's arse.

Note to self: never try to get people to engage on Instagram! 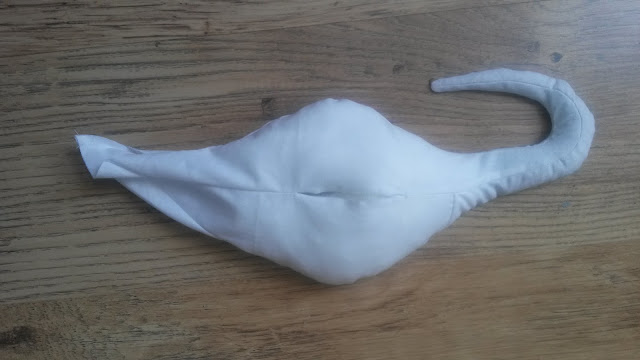