Hmm - not quite sure why Blogger decided to put this pic first? 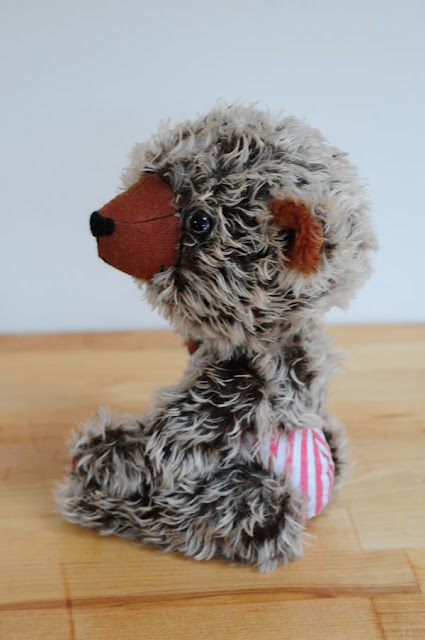 This is Apollo - Thursday's bear.  He is called Apollo because his shorts remind me of those of Apollo in the Rocky films.  Unfortunately, as I said in the last post, they didn't sew up particularly well, so I'm not quite sure what to do with him.

The gel-tipped fabric, incidentally, was fabulous.  It was slightly stiffer than the mohair I usually use - almost as if it had been starched - which made it much easier to work with.

Anyway, Friday's bear was completed successfully too - although again, just slightly later than the last. I am going to have the weekend off - and perhaps do some felting or revisit the meerkat - then I will be back with a vengeance on Monday.  Have a great weekend! 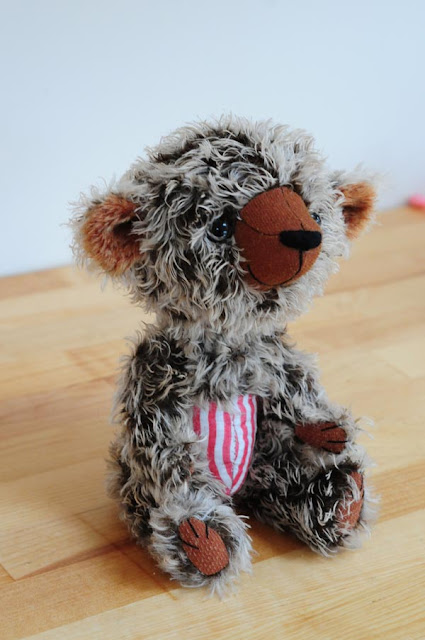 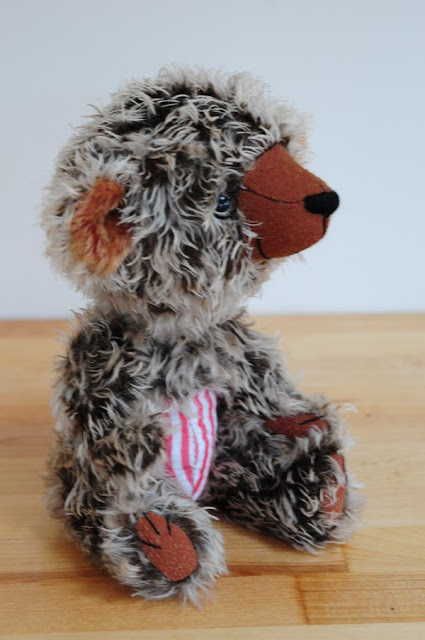 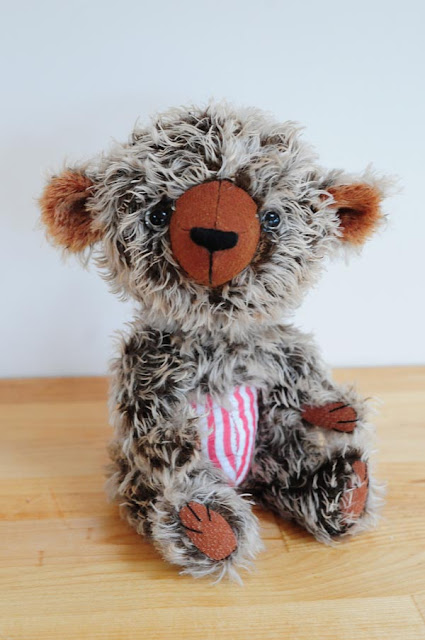 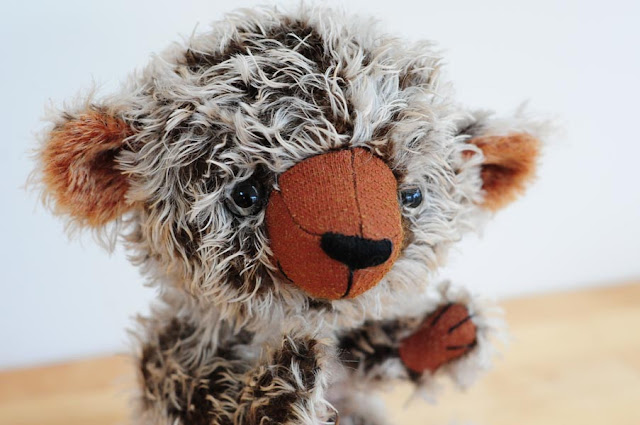