Good morning!  Sorry, I haven't been doing well with the blogging recently.  My last fair of the year was at Waltham Abbey on 14th December, and it was a good one!  Several creatures found homes - including my big moon bear, Arthur.  The lady who bought him later emailed to ask if I could make a crow for a birthday at the end of December, so I have been working on that.

Because the paper mache is such a faff, they are the kind of thing that I feel I ought to make several at a time, so I spent a day trying to quickly wire up four of them, and then I could barely move my hands!  They are feeling better now though (the hands, that is - and the crows too), so I'm just about to dig into the paper mache.  Not sure they're going to be finished by the due date unfortunately, but they won't be long after that. 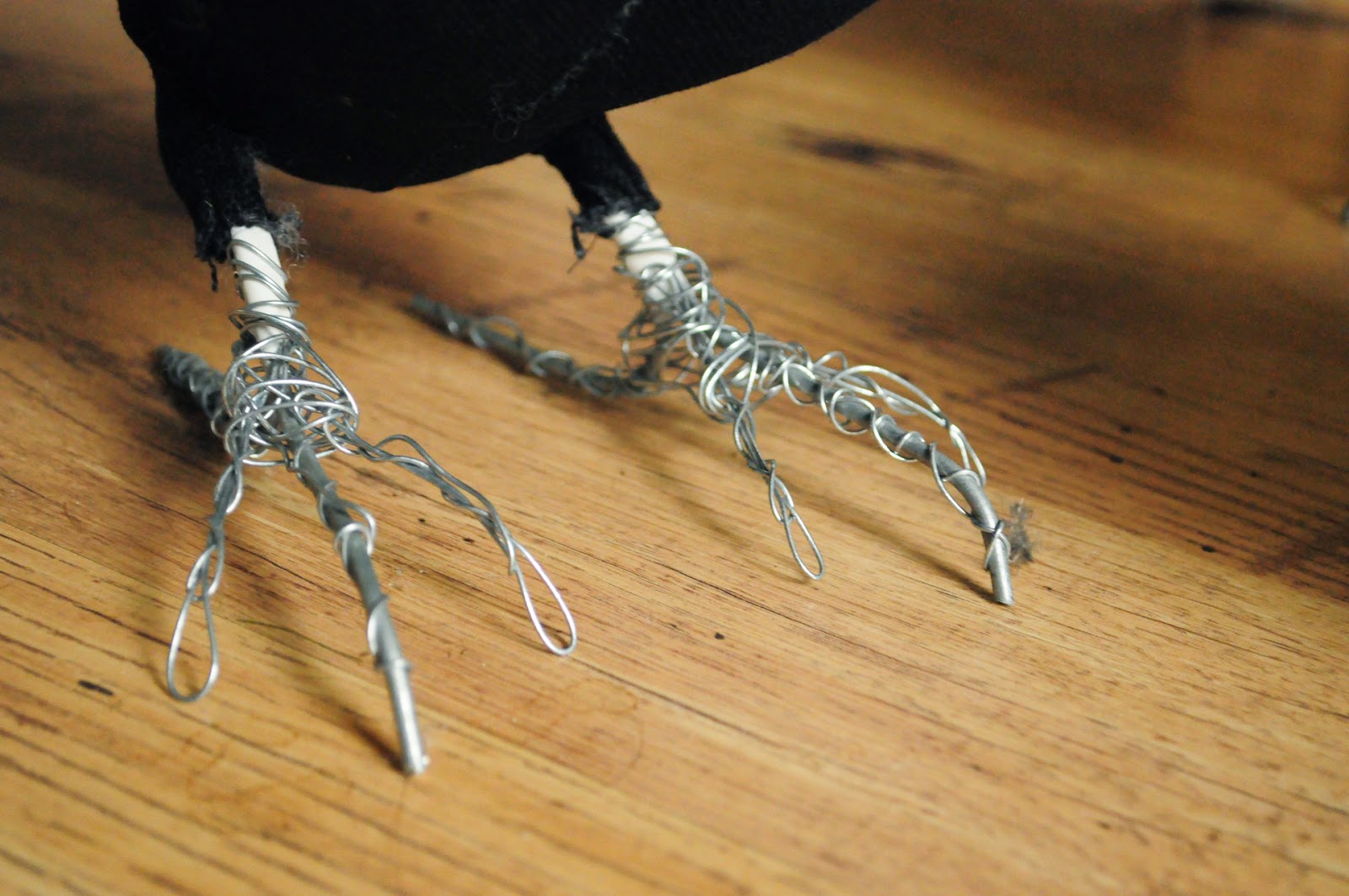 Have you tried brown floral tape? I use it on my birds' feet and love it.

Hi Abby. I did try floral tape (although I could only find it in green!) - back when I first read 'The Artful Bird' - but I never really got it right. My attempts always looked lumpy. I've found with paper mache, it's easier to smooth over any blips in the wire. And it's so much sturdier.