Just to show I do occasionally do something other than read books... I bought a house!
It is a very tiny, Victorian, mid-terraced property in an urban area, with not a few problems to its name (and guarded by a trio of rather sturdy, delinquent-looking dustbins), but I have plans to fix the problems (among other things, I am going to paint the front door yellow) and that rose is lovely when it's in flower.  Life is going to be stressful for some time to come, but of course I am very lucky to have it, so do let me give you the tour. 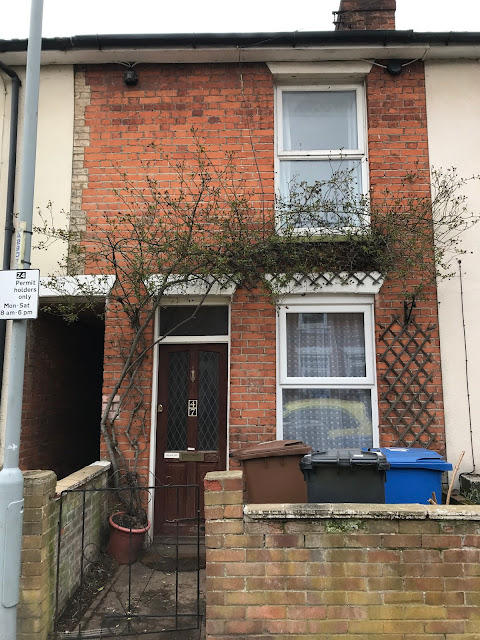 The front room.  I think I must have taken this photograph in the morning, because for most of the day, this room looks darker than this.  It is extra specially small, but has lovely built-in bookcases on both sides of the fireplace. 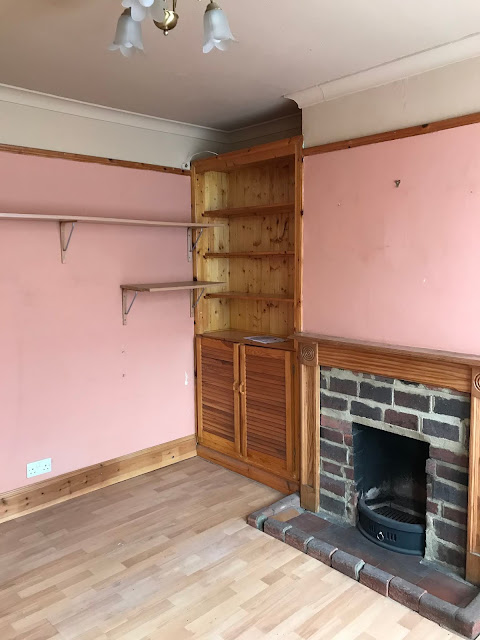 The dining room.  Again, this is quite deceptive: the room looks dark here, but it does get the sun - particularly in the afternoon.  It, too, has lovely built-in bookcases (or perhaps 'dressers'?).  The stairs run between the front and the back rooms, from left to right, parallel with the road.  They're a bit difficult to photograph, because they're narrow and dark, but they are very Victorian-looking stairs - definitely one of its best features. 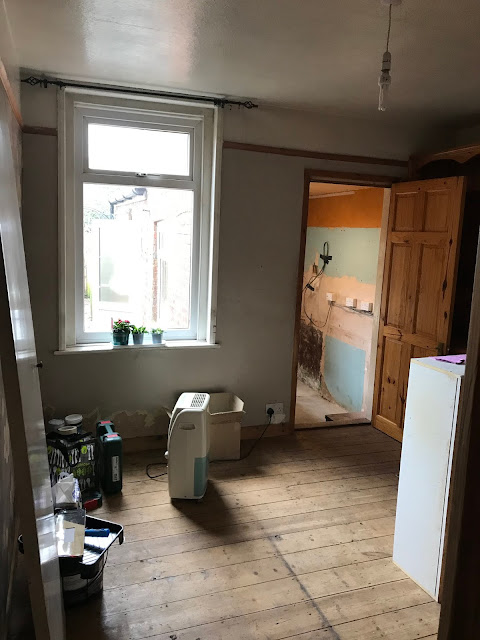 Kitchen!  Which looks dreadful at the moment.  I had thought that I would keep the old cabinets and decor for a while while I settled in and saved up some money to change it, but it turned out that the concrete floor was damp and the cabinets mouldy(!)  I'm afraid I pulled everything out rather quickly, without thinking too hard about what would replace it, so now I am rushing round worrying about how to make it liveable before I move in, in April.  It will be fine, although I might strain the boundaries of everyone's hospitality for a while. 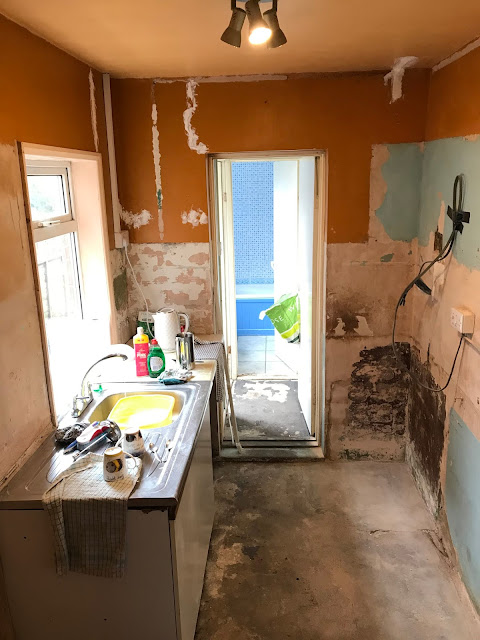 The house has a little garden, more than shown here, but it's difficult to photograph because it's narrow, and cluttered and rather overgrown.  I am leaving it to the gardeners in the family, while I worry about the kitchen, and the possibility of damp problems, and woodworm, not to mention paying bills and the prospect of living alone for the first time in twenty years. 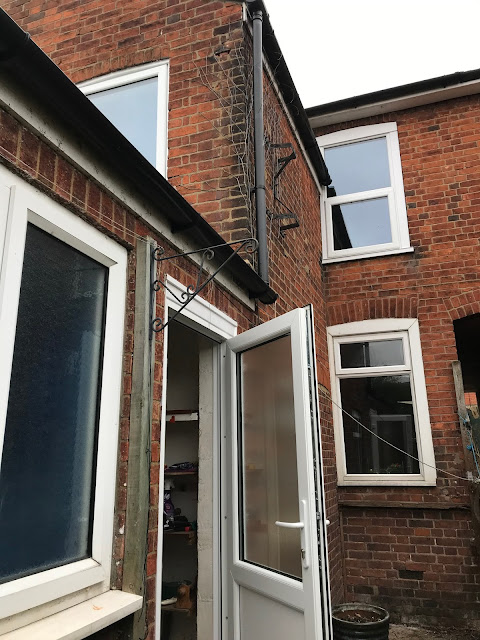 Upstairs, there are two bedrooms and then a tiny room over the kitchen - barely big enough to fit a bed into.  I didn't photograph them because there's nothing in them at the moment.
I was not at the front of the queue when DIY skills were being handed out, and I don't think I'm taking particularly well to being dumped in at the deep end - I seem to spend most of my time wondering around with a tape measure in my hand, wondering if there's something I should be going to B&Q for, or whether it's time to make coffee again yet.  But I'm sure I shall get better.  Yesterday I spent several hours trying to scrape away the remains of that stuff the splash back tiles were fixed on with, before I gave up and sanded it to within an inch of it's life!  If nothing else, I have learned how to use a palm sander.  I then attempted to remove some shelves and a door, and failed on both counts because I couldn't get the screws out(!)  So I gave up and scrubbed the shower and the hallway instead.  There's certainly plenty of cleaning to do.
Today was a day off from the practical stuff, trying to arrange utilities and order tiles for the kitchen floor.  Tomorrow I am going to renew my assault on the shelves and the door and, with any luck, get round to painting the pink front room.
Posted by Ruth at 19:29