I have a new bear to show you. He's not really 'new' - I made him before I made Jackson - but he is a slightly different style for me, or at least, he has different eyes, and I really wasn't sure that they worked.

Baldwin (that is his name) has plain black glass eyes and no eye sockets. His eyes are also high-lighted by hand-painting the fur around them. I am a bit self-conscious about the hand-painting. I'm aware that the effect isn't quite as impressive as that of airbrushing, but I have never managed to get around to learning airbrushing. I tried it once, and I found it messy and awkward and inconvenient. I guess these things take practice, but I just haven't been inspired to work at it.

The black glass eyes are also a problem. At one point, I had a go at making dolls - like the ones Sue Gibson makes, here. I had a book on it, and - with regard to the painting of the eyes - the author wrote that it was incredibly important to paint a little white glint in the eye. Otherwise they would look flat and lifeless.

I think that is my problem with the black glass eyes: they are shiny glass, so they do 'glint' when held up to the light, but if you catch them in the wrong light and the glint isn't there, they look rather... rather like an empty black hole.

Anyway, as you can see in the photos, he does generally have a glint. And the scarf - added at the last moment - does wonders for him. 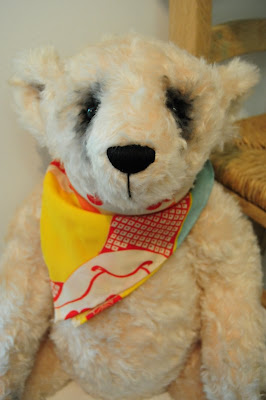 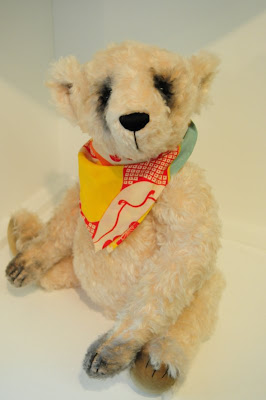 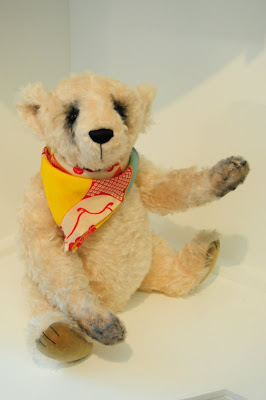 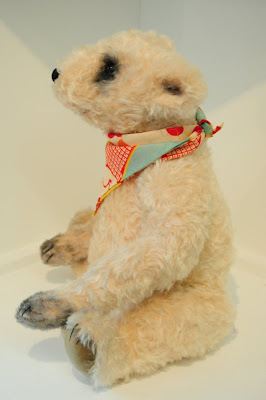 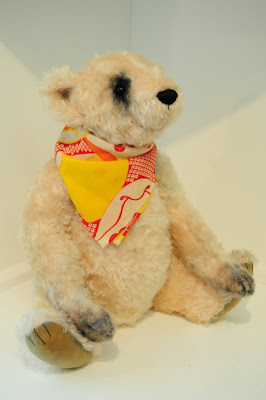