I was thinking about the way I go about working recently, and decided that maybe - instead of my usual "Hmm, what shall I make now" attitude - I should instead make a list of all the things I want to make next, along with the date by which I intend them all to be completed, and try to stick to it.

I don't know why I haven't thought about this before - except for the fact that the mere thought of a deadline usually kills my creativity stone dead.

It would certainly be a more efficient way to do things though, and having a specific plan might quell the tendency to sit around, paralysed with indecision over what to do first.

So naturally, I make a very long list and give myself a very short time to complete it (no sense in being realistic here). I may have to extend my deadline by a couple of weeks.

However, it has had a positive effect - I have done the first two things on the list:

1. Two full-length aprons: one in blue/green, one in red/white. 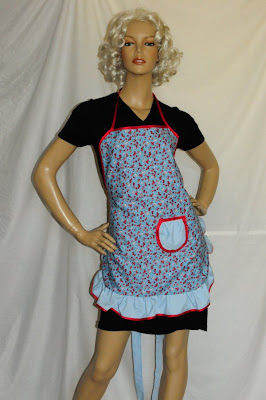 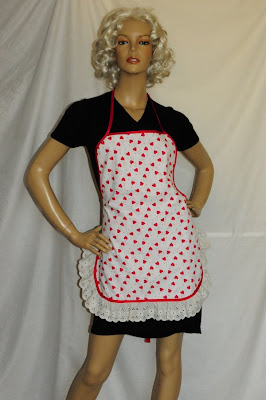 Anyway, I think I need to change the neckline of that apron pattern - it's not the most flattering - but otherwise they turned out quite well. 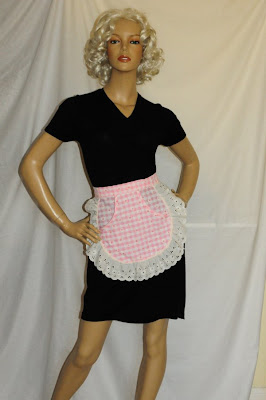 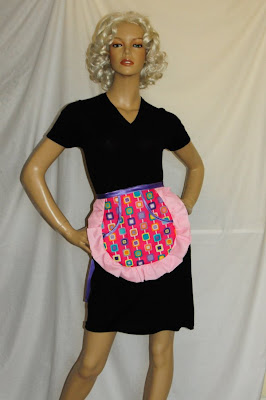 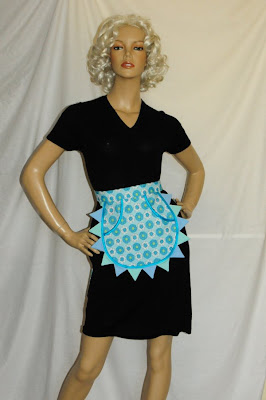 I think the first one is more 1950s, but they all turned out well too. How well aprons like this sell, I've yet to find out. And how effective they are at doing the job of aprons, being so tiny, is rather questionable too.

Anyway, I'm not going to share the entire list with you, just in case I fail badly at it. However, the next thing on the list is...