I keep meaning to do a post on my mother's flower festival which took place a couple of weeks ago. She organises it for our local church. On the Friday, she's there all day - welcoming people who come to represent various local groups. At around 5pm, she starts arranging flowers herself, and then staggers home to bed at about 6:30 the next morning.

Then up at 8am to teach a maths lesson!

I stayed up to help out this year (didn't get up at 8am next morning though). I slept through the actual flower festival itself (both days), but on the Sunday night, I took some photos of the flowers. The photos are not great I'm afraid. I'm not really good with a camera, and it was dark, so I was struggling with the lights and the flash, and then there's the terrible orange/brown walls in the church. Next year I am going to hang a white sheet, and photograph the flowers in front of it.

Anyway, here they are. 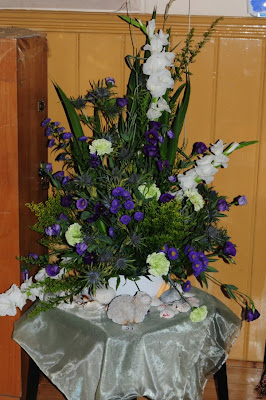 Each arrangement is supposed to represent an island - and they have a quiz on the day, to see who can match the flower arrangement with the island. The arrangement above is the Shetland Islands (note sheep in foreground). 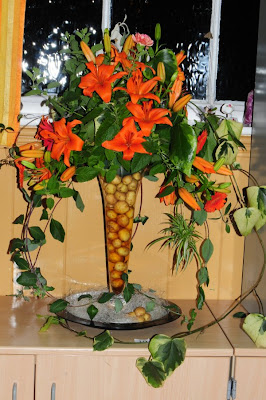 This is Jersey - arranged in a vase full of jersey potatoes. 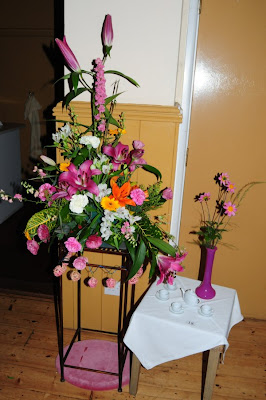 Sri Lanka. This one might take a bit of explaining. Sri Lanka apparently used to be called Ceylon, known for its tea. Hence the tea set. The little straw lanterns strung around the flower stand were my idea, but unfortunately made everyone think it was supposed the represent the island of China. 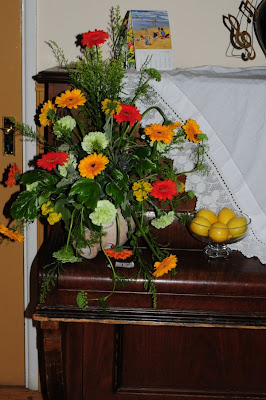 Sicilly. Ignore the calender on top of the piano. Pay attention to the bowl of lemons. 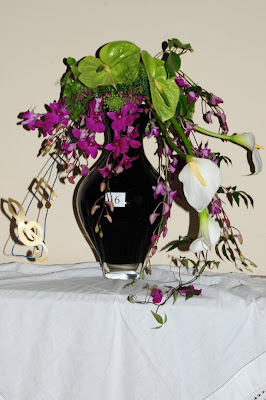 Singapore. I loved this arrangement - it was really striking. The music notes on the left were supposed to represent the 'Sing' and then the flowers 'pouring' out of the vase completed the word. 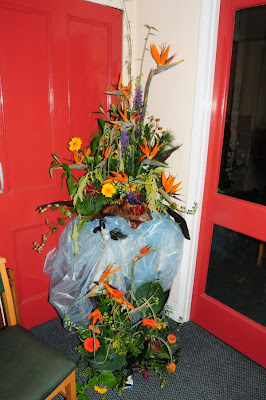 This is a really bad photograph - sorry. It was actually a lovely arrangement, with those big Bird Of Paradise flowers, and the colours actually went really well with the red walls - although I think the camera flash ruined that. This one represents the Galapagos. There are models of seal lions on the stand, and a blue-footed booby. 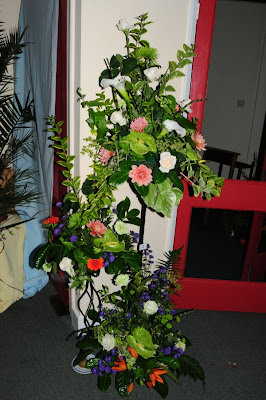 This is New Zealand. It's a lovely arrangement, but the actual links to New Zealand were a little vague. If you look closely, there's actually a kiwi fruit sitting on a saucer on the floor next to the arrangement. 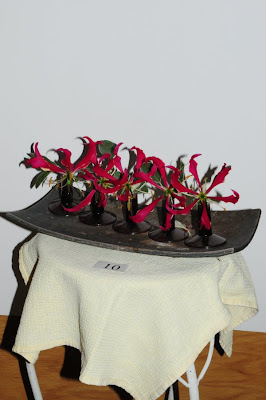 This was Ascension Island. It's supposed to look like a runway, since the island is an RAF base. There's also a cross on the wall behind it, if you prefer a religious interpretation of ascension. 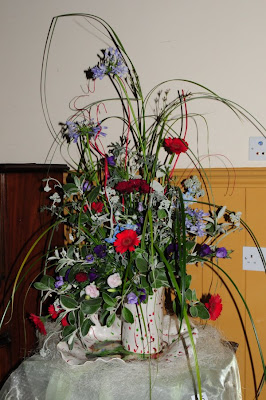 This is Iceland. It was supposed to look volcanic, and it was arranged in a lovely vase and dish made by the potter at the Art & Craft Centre where I work. The dish in particular is beautiful: it has a sort of glass residue in the bottom, which looks like water. Have a look at this website. 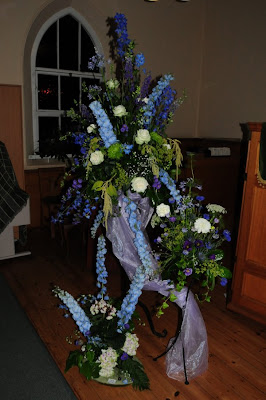 This was the Isle of Skye. Hopefully no explanation needed (except for the quality of the photo - sorry). 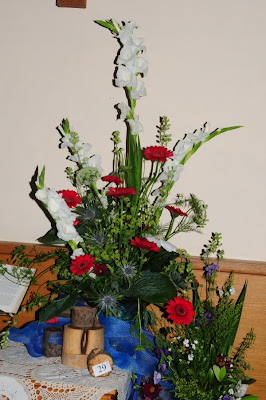 This is old Malta. Apparently, this is where Saint Paul was shipwrecked. There is a tiny model of a ship in there somewhere, with a Maltese flag. 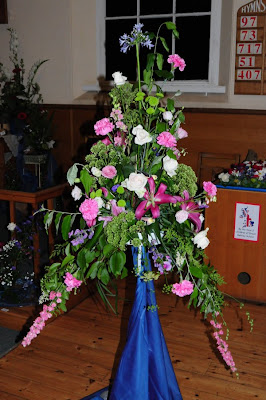 Lindisfarne. This was known as Holy Island, so the arrangement was right at the front of the church. The blue around the stand is the sea, and there were rocks and seals around the base, and little birds actually in the arrangement itself.

Phew. Anyway, it was all very successful, and there were some fantastic arrangements from other local groups. Next time I will take more pictures - I was just really unprepared this time.