A little while back, I made some hand-made gift tags (see this post). I only made six, and it took a little while for anyone to notice they were there, but they did actually sell. I'm not sure you can really judge success with just six tags, but anyway I thought I ought to make some more.

I wanted to try something different. 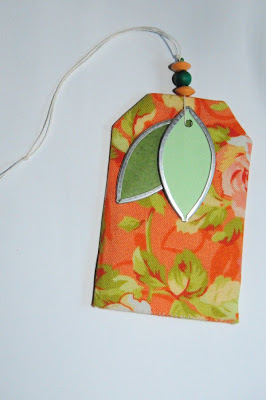 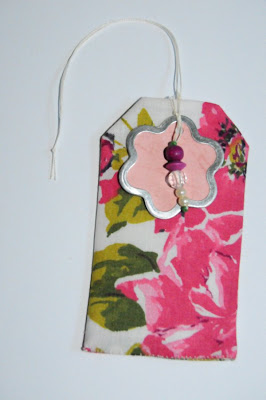 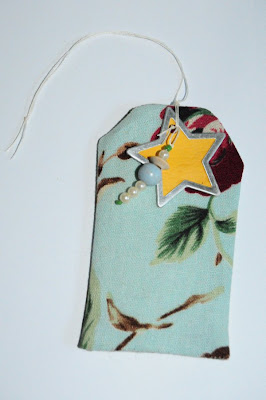 These are fabric tags, with a stiff piece of interfacing inside, and a paper tag and a little string of beads attached. They're easy to make, but quite a faff - with all the cutting and pinning, sewing, turning, then ironing all the seams flat. It does all seem a bit much for £1.30.

Anyway, I was looking at the tag in the first picture, and thinking how much the paper components look like leaves, when I thought about doing a leaf-and-berry tag. I didn't have enough of the paper bits, so I cut them out of green paper and laminated them. Then a few white beads and a piece of cream card for writing the message on... 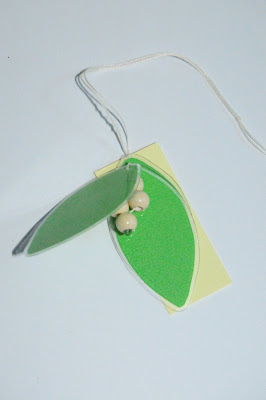 They don't actually look like much in the photo, but in the flesh they look like mistletoe. I was so chuffed with them, I got carried away and made ten. They hit all the right buttons as far as timing is concerned though. After laminating the leaves, they take just minutes to make.

I think I would buy these if I saw them in a shop - they're Christmassy without being gaudy and slightly romantic - again, without being OTT. I have never been a great judge of what people want to buy though so... prepare for these to be completely ignored by all and sundry.

My title asks for opinions - not for the labels, but for this... 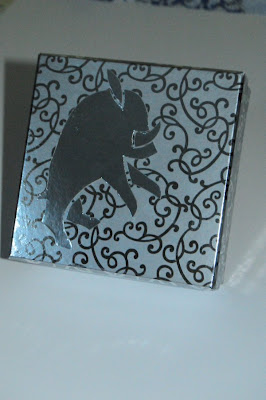 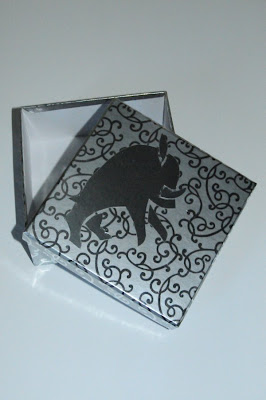 It must be about a year ago now that I announced to all and sundry that I intended to sell gift packaging in my unit at the art & craft centre - in addition to mohair teddy bears and other hand-made gifts. The organza bags that followed immediately became a bestseller, but the few gift boxes I bought in never really took off.

Frankly, they were a little uninspired. They came from Moreplan, a wholesaler that lots of people seem to know and use and, although the boxes are nice enough on their own (and certainly good quality), I believe I've seen several other shops selling them. Mine is supposed to be an arts & crafts unit, so I feel like I've rather let the side down with the standard-issue boxes.

I've been meaning to do something with them for quite a while now, but never gotton round to it. I brought one home recently because I had this idea about sticking mohair scraps to it. However, it turned out to be one of those ideas which sounds like genius when conceived, but turns out to be totally ridiculous in practice.

Anyway! After much contemplation, I took one of my doodled drawings, revised it so that each piece could be cut out separately, then cut it out of silver card and glued it to the top of the box.

What do you think?

It's a little pig - or a wild boar - Asterix-style.

It was difficult to get a photo of because both the box and the pig are highly reflective, but effectively they're both the same colour. The box has a subtle pattern to it though, whilst the pig is made of solid silver-tone card.

I did try adding BigFeetBears white satin ribbon to the box also, but my ribbon has 'not suitable for children' printed all over it, which rather distracts the eye.

Anyway, I shall contemplate it for a while. Any opinions - positive or negative - would be much appreciated on this one.
Posted by Ruth at 16:56