This is the first of two commissions bears I am making. The brief was simply a bear similar to Gilbert (here). I managed to find what I think is the same mohair, but for some reason, the pile length is considerably longer than that of the first piece I bought.

On the good side, that means his seams are far less visible. On the bad side, he can look rather scruffy when his fur is ruffled (which doesn't take much).

To be honest, I haven't felt quite the same about this design since someone told me it looked like he had been hit by a car. The inspiration behind him was a Farnell pyjama case. I don't have any photos of it - it was just something I saw on Ebay once - but that too, could look quite pathetic, if you are inclined to view it in that way. I guess it's all about context. Lying on a bed, or flopped over the arm of a sofa, the road-traffic-accident connotations don't really arise. 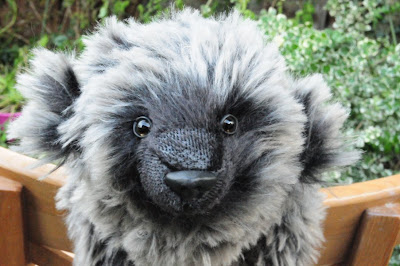 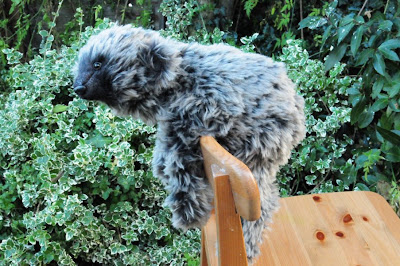 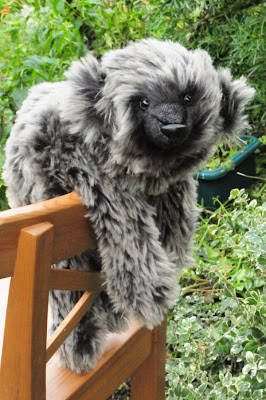 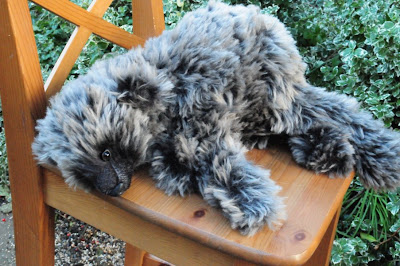 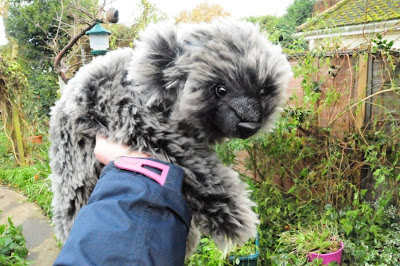 I would still like to make a teddy bear pyjama case. I have also been quite interested, recently - reading other people's blogs - to find them making what I would call 'plushies' or 'softies', but calling them cushions.

How about a teddy bear cushion? Could I call this bear (currently known as Gilbert II) a cushion? Perhaps if I made him a little larger, and out of less expensive faux fur, rather than mohair?