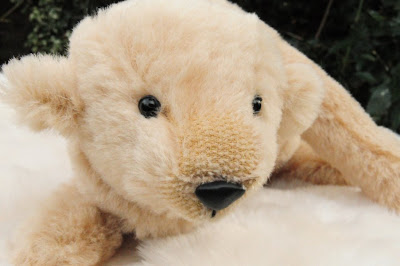 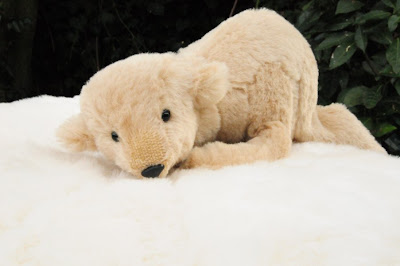 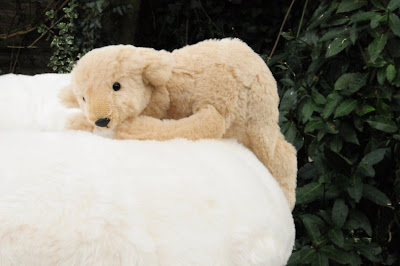 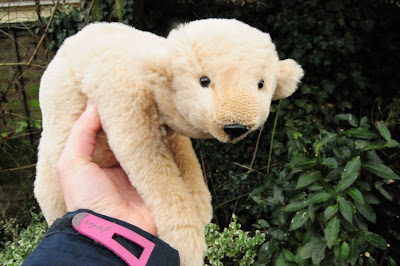 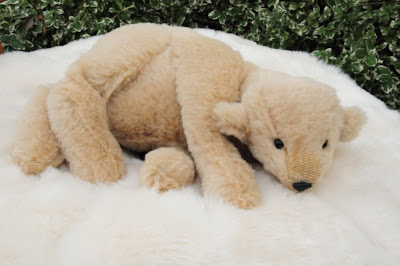 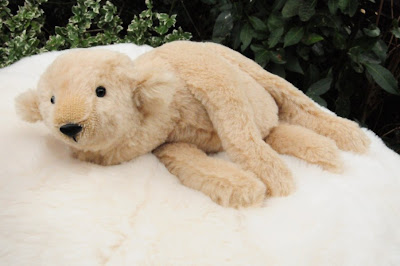 Made it! My new bear is of the floppy, unjointed design - it is the first time I have tried him in the smaller size, and he has turned out quite well. The more difficult aspect was making a realistic bear in plain beige mohair. The last beige bear I made was probably Cordelia (see here), but she was a character bear - she had big googly eyes.

Using such pale mohair, the realistic, black-rimmed eyes sometimes look a bit unnatural. I guess what is needed is shading, but I have gone off the idea of painting bears since my disaster a few days ago.

And beige bears are so difficult to photograph! I have used my pouffe here, but I'm not sure it doesn't just wash the whole thing out. Maybe he looks better in the picture where I'm holding him(?) - although the top of his head appears to have disappeared in that pic.

Anyway, the important thing when I was making Pascal was the silhouette and the sort of natural pose of the body. He does remind me of Rory, one of our cats - particularly in the last two pictures - which feels like a success to me.