These are my first two bears of the year - the bears I blogged about in the two previous posts. The first one, who I think is called Claude, is quite similar to my last bear of 2010. 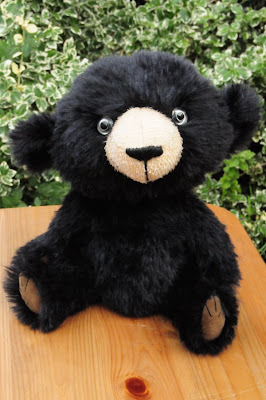 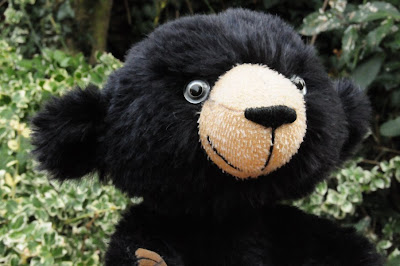 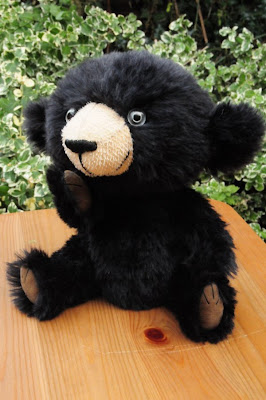 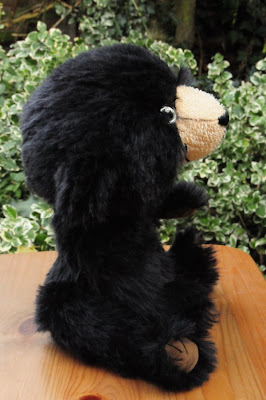 He does have a little friend... 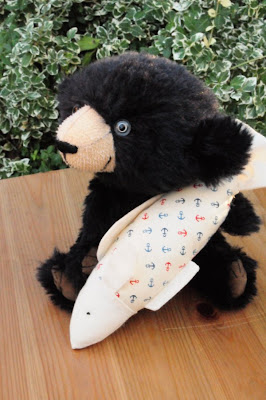 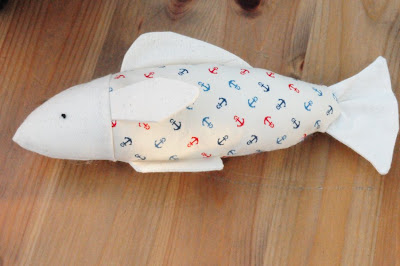 I've been thinking for a long time about making a bear with a fish. This is my first attempt at the fish. He's not bad! A little... pointy in the wrong places, if you know what I mean. He needs smoothing out a bit, but only a little.

The second bear is a teensy bit bigger, and made out of long pile blue mohair. I'm thinking he might be an Henri (although Gandalf might be more appropriate). 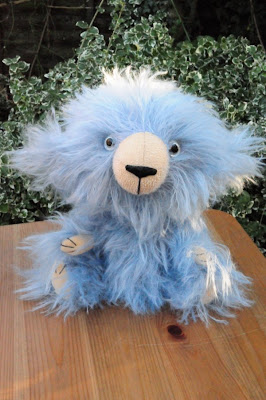 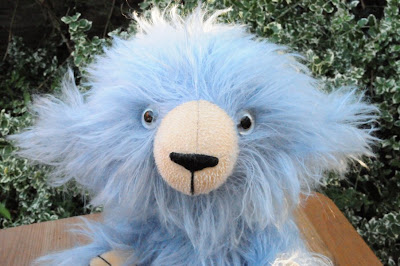 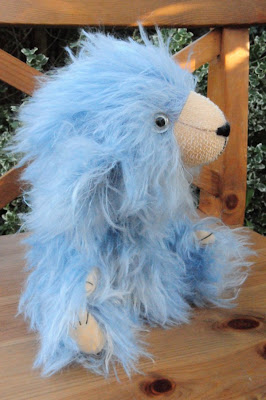 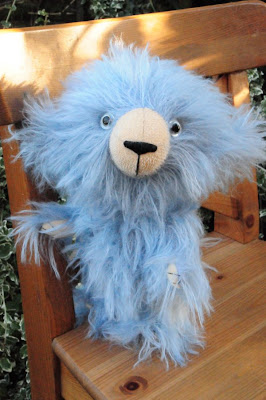 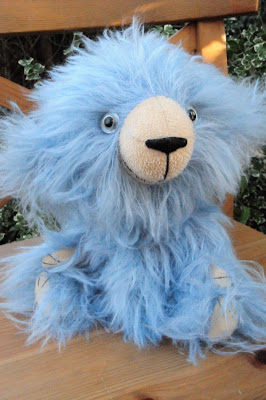 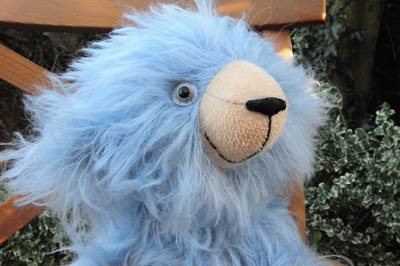 I am rather taken with both of them. The design may not be wildly exciting, but they have such cheerful little faces. And I got my two bears in a week made!

The black one please! The fish must be attached in some way though otherwise it'll end up in Hugh's new saucepan - or worse: in his handbag!