I seem to have been particularly prolific at the blogging recently (maybe I'm just all talk). No, the work has been going well too: I have some more mammoths for the show in July.


Lots and lots of pictures coming up!


I can't get good pictures of this first one. The floral print is the right colour, but the background behind the print is actually more cream than pale green. 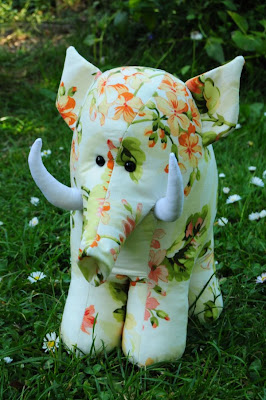 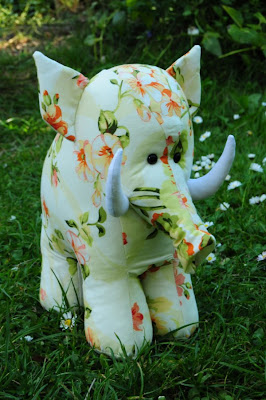 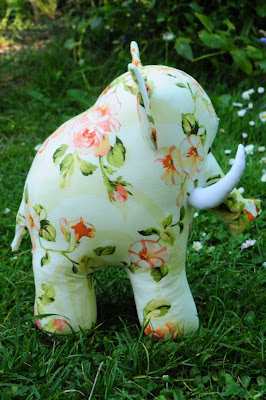 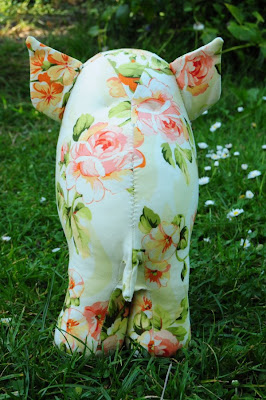 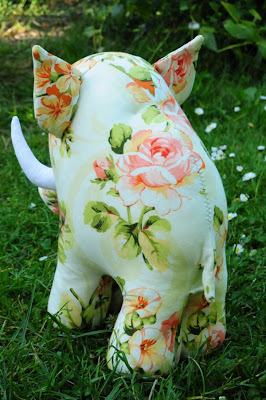 And I'm not completely sure this next one works. This one isn't a camera glitch: he really is greeny-brown. I liked the fabric because it looked sort of faded and vintagey (shabby chic!), and I thought that the darker colour would make the tusks stand out better. He does look like a bit of an ugly duckling next to the other mammoths though. 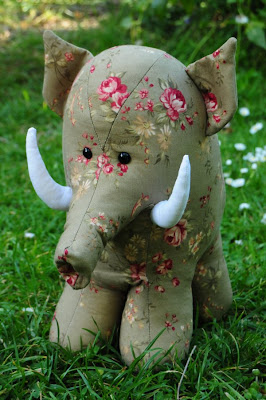 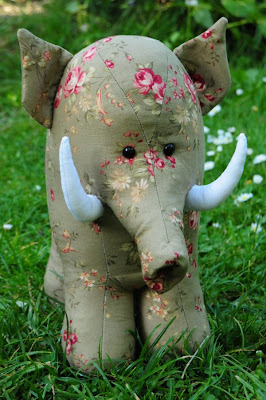 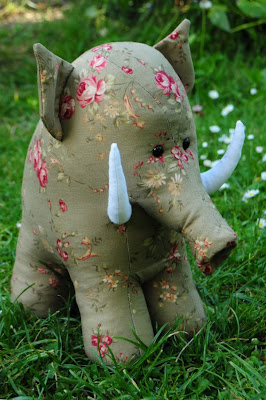 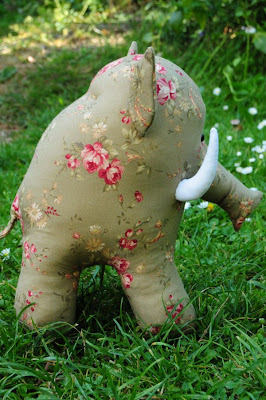 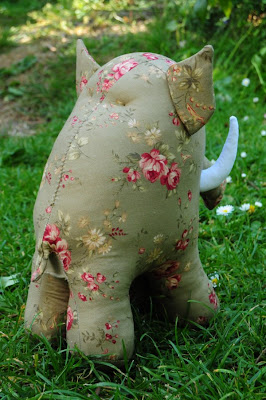 This one is almost twice the size of the others. I was a little disappointed: I had hoped he would be sort of foot stool-size, but he isn't quite there. He is about 13.5 inches tall. And there were other uncertainties: I wasn't sure I'd cut the flag out the right way (would the red cross have been better across his back?); trying to stuff him firmly was a bit of a nightmare; and those little blue triangles above his eyes - a sort of art deco eyebrow effect?


But, he has a nice chunkiness to him, and he will certainly stand out at the craft fair. I was thinking of taking him into the Art & Craft Centre - he would certainly go a long way towards filling the empty shelves. But then, by the same token, if he found a home before the craft fair, there'd be a massive gap in my stall there. Hmmm. 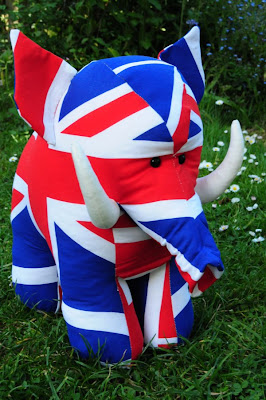 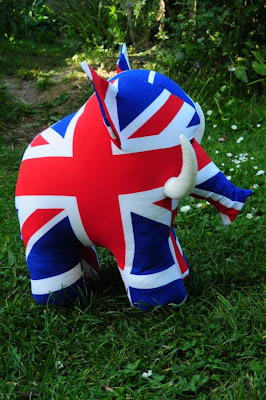 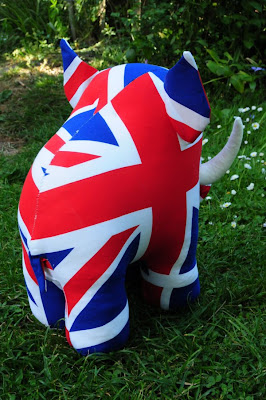 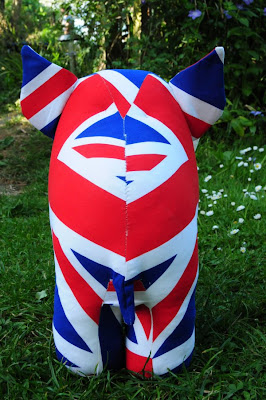 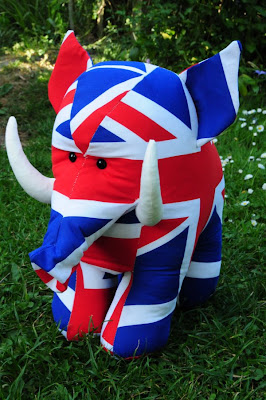 And the three of them together, so you can better see the sizes... 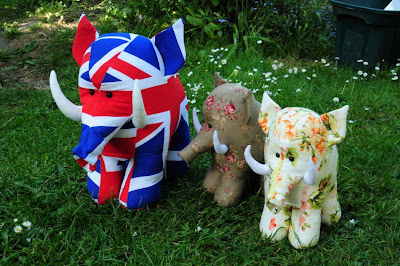 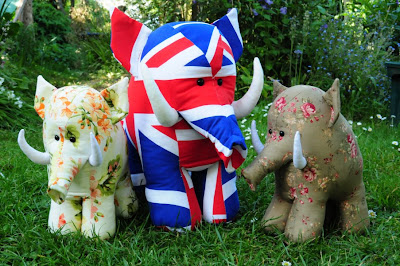 I have one more I'd like to make before I move on: a little mini-mammoth. Hopefully, I will be back tomorrow with him.
Posted by Ruth at 18:33

Email ThisBlogThis!Share to TwitterShare to FacebookShare to Pinterest
Labels: mammoth

I love these mammoths, they are so colourful and I am sure they will look great on your stall.

Thank you Polly! I am just this moment sorting through photos, hoping to actually put something up for sale in the Folksy shop. I thought the mammoths would be a good start.