Just to set myself straight on a question posed earlier... "the question is, never having made a bowler hat before, and without a pattern (the few patterns I've found on Google use a hat block, which I don't have), can I make two of them in the next three or four days?"
No.  The answer is no.
It has been infuriating me all morning, this!  I'm sure it must be possible to create that rounded shape without the hat block, but every pattern I've found requires one.  I had a go by myself, but unless you like your bowler hats with pointy bits (I don't, as it turns out), it doesn't work.
I had a go at making a fez, which has a simpler construction, but that didn't work either - wrong materials, I think.
And to top off a day of failing to make hats, these bears are practically unphotographable!  Either you add enough light so the eyes are visible - in which case it looks like the garden behind them has burst into flames - or you reduce the light enough that you can actually make out the texture of the white fur - in which case the two of them look like they're sitting there in the dark.   Grrrr.
Mortimer is the more poe-faced bear; Bailey is the one with the ear sticking out sideways. 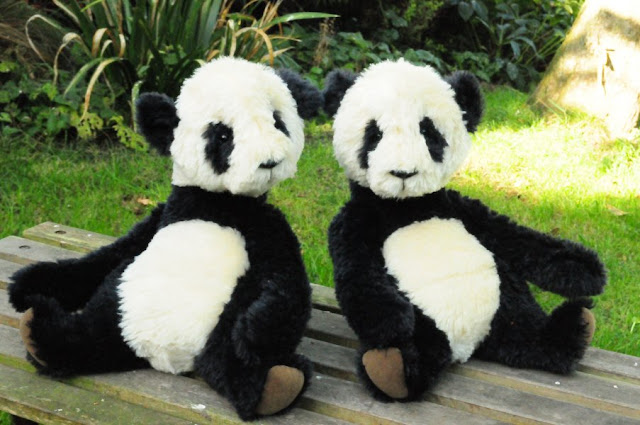 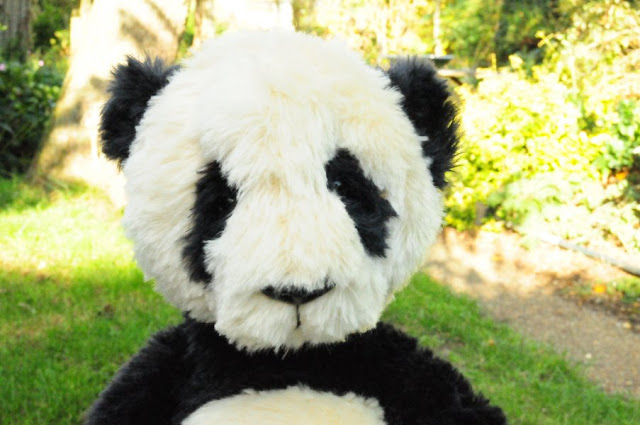 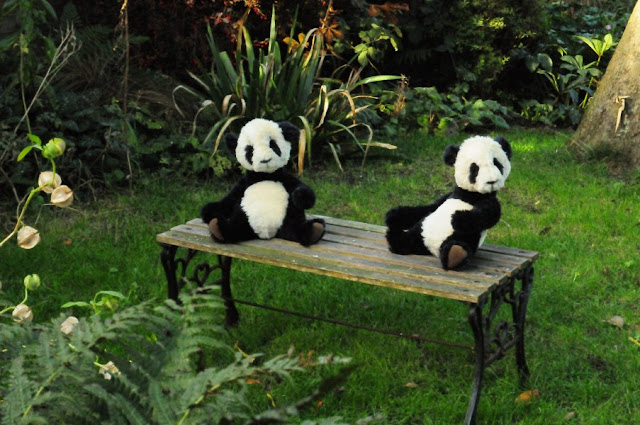 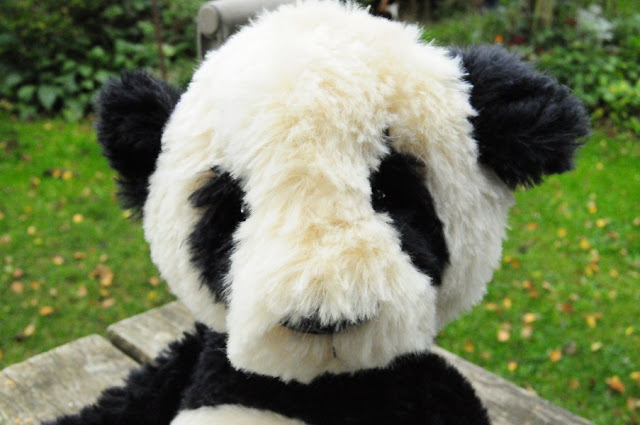 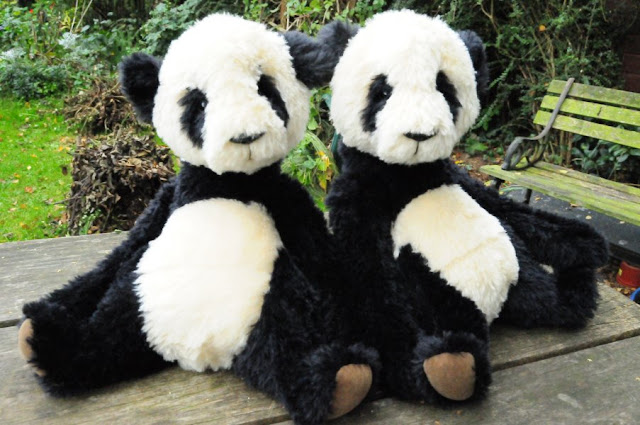 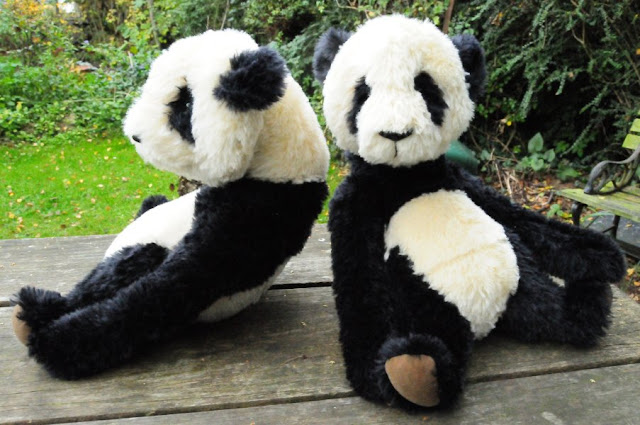 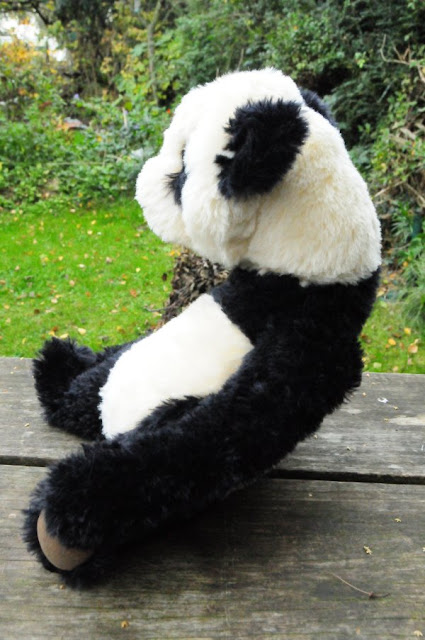 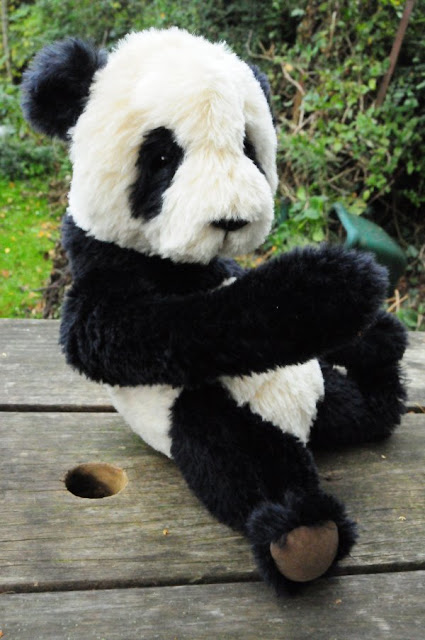 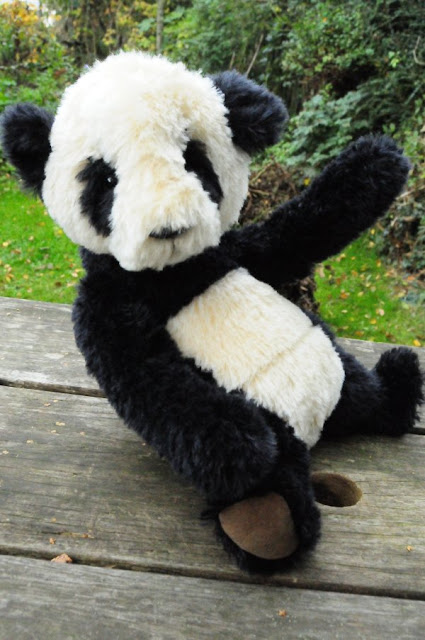 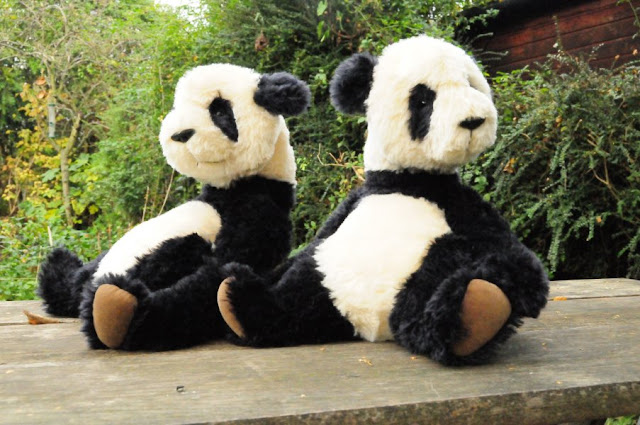 That will be it for the gallery for the moment.  I was intending to make a mammoth, but I'm out of time.  Besides that, the house and I both look like we've been dragged through a hedge backwards - I really need to do some cleaning up!
Posted by Ruth at 15:36