A little bit has happened since I posted last.  With the toilet that is - sadly not with the bears.  The new light are in... 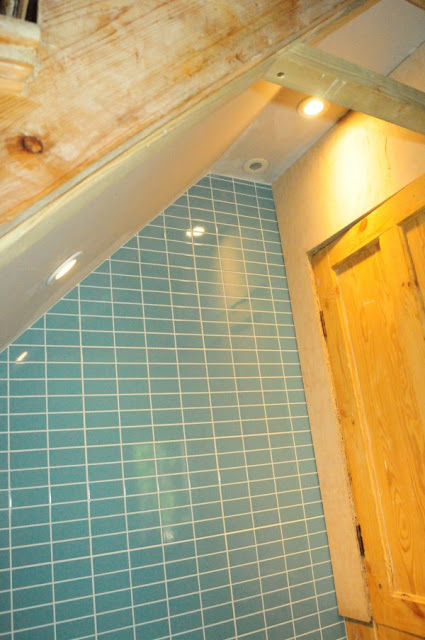 There are two of them - one at the very top, and one on the sloped section of ceiling.  The blob at the back isn't a light, it's a movement sensor.  I personally think that an eyeball painted on it would be very effective!  Effective as decoration and in inhibiting people from using the facilities!

The hole in our front porch has been filled, and the new steps are in progress - here... 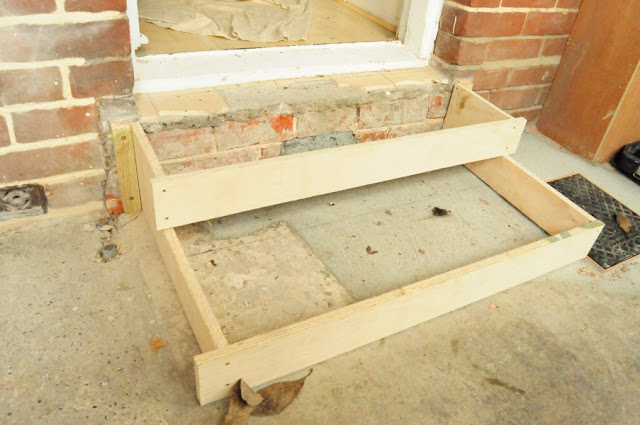 And here is Rory perusing the new concrete.  This will be tiled eventually. 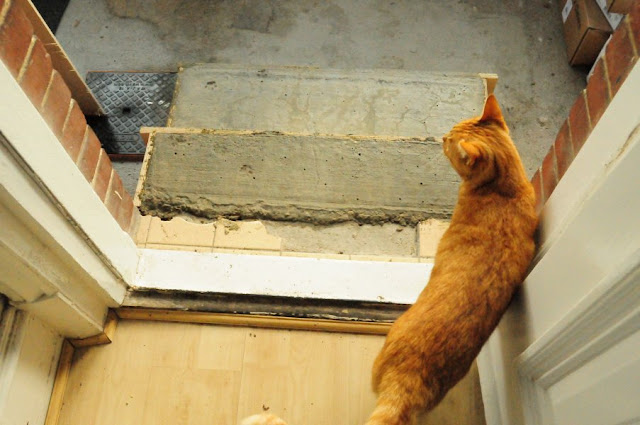 Poor Rory hasn't been right recently.  He has had weird moody spells where he jumps on Maude (our other cat) and follows you around, whinging and trying to bite your knees.  He had a very bad accident a few years ago, and apparently it can take several years for the injury site(s) to become de-sensitised.  We think the temper might be due to his injuries hurting, so my mother took him back to the vet for some painkillers yesterday.

She emerged with her purse considerably lighter, the painkillers, a bottle of flea killer, and this strange little plastic vial, which attaches to a plug, which you then plug into a wall socket.  It apparently releases pherenomes which have a calming effect.  So, we're all feeling quite relaxed at the moment.

Anyway, here's Rory - before the pherenomes - looking a touch peeved.  That ankle he has stuck out the front - that's the one that was pinned after his accident, and he always tucks it out one side.  His opposite hip was broken as well. 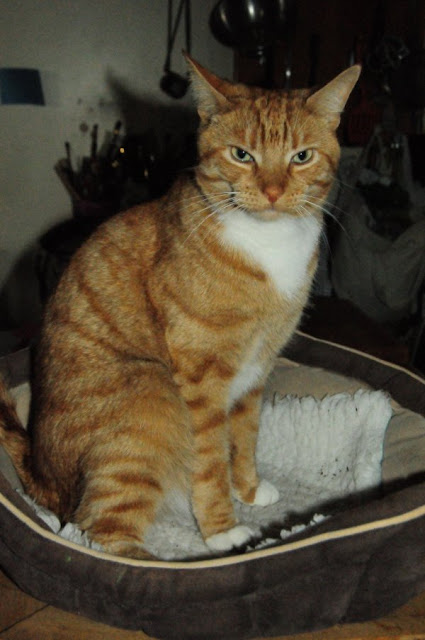 He certainly does look peeved, bless him. He is a handsome cat though. We've sometimes thought of getting Foggy some of that stuff as he can be very nervous and jumpy.

Hi Polly. Rory seems calmer, but I'm not sure whether it's the painkillers, the pherenomes, or the flea killer. Pherenomes came with an interesting 'Is your cat stressed?' booklet. Stress factors included other pets, not being able to get in and out at will, not having their own food bowl/litter tray, having too many visitors to the house, and having changes made to the home environment. We do have a problem with those last two things at the moment!