I'm losing track of the days here, but the work is progressing with the kitchen extension.  Our poor builder has had to work in the most horrible weather recently - it's generally been overcast, and often peeing it down with rain, and blowing a gale.  But, despite all this, the walls are going up!

The idea is that there will be long windows on the side facing the camera, in the first picture below, and then french doors in the wall on the right of the picture, facing down the garden.

We still haven't figured out where everything's going to go inside.  I think we started out with the idea of a conservatory on the back.  Then we decided it would make a good workroom.  Then we thought, if its going to be a workroom, it would be nice if it had a big table - suitable for pattern cutting and both our sewing machines - so we decided not to have a wall between the kitchen and the new bit - so the table could sort of bridge the two.  This means it can't be classed as a conservatory - it's actually an extension.

Then, we began to have doubts about using the extension as a workroom (or, I did, at least), so we've sort of started talking about having a bigger kitchen.  We don't really need a bigger kitchen though.  The original point about redoing the kitchen was (a) to get rid of the flat roof, which is really difficult to maintain, (b) to be able to fit in a new fridge/freezer, which we need to buy anyway, and (c) to improve on our existing set-up - which has its little problems, as I'm sure most kitchens do.

One of the things that has come up since we started this though, is that - give the extra space - it would be nice to stick a dining table in there somewhere.  Not like a formal dining table (we don't do formal), but just a larger space so that when we have people over - and we do have family over most weekends - everyone can sit more or less together, instead of like, some people sitting at our [current] breakfast bar, some people standing, some people perched on the sofa with their plates on their knees.

It's strange though, to me, the idea of having a dining table in that space when, five days a week, there will only be two of us.  Not that it will go unused; I'm sure it'll be covered in stuff - such that it will take an hour to uncover it every weekend!

Anyway, I'm sure we'll come up with something eventually (maybe). 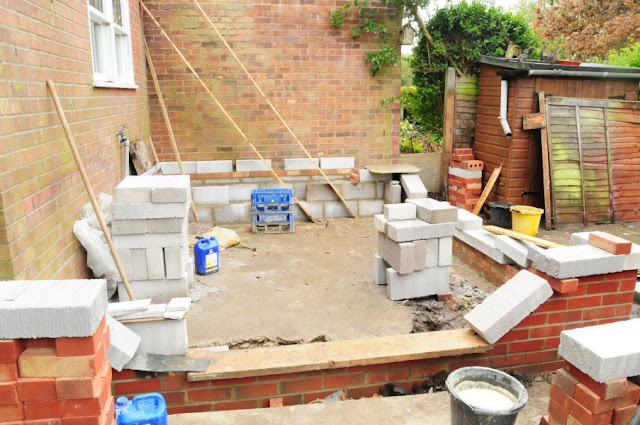 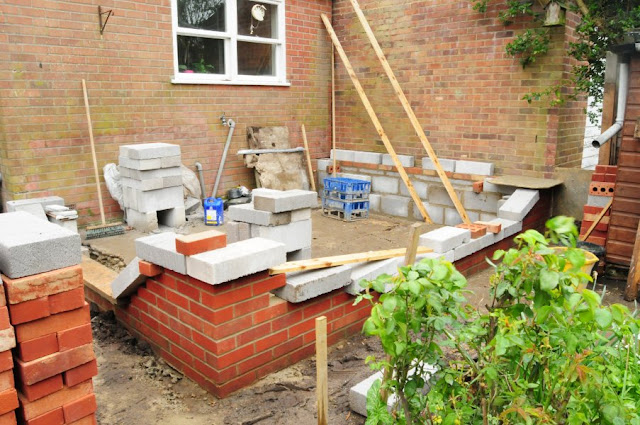