Yesterday, the plasterers started putting up the plasterboad.  It looks reasonably white in the photos, but it is actually grey.  We have considered it, and decided against decorating in grey. 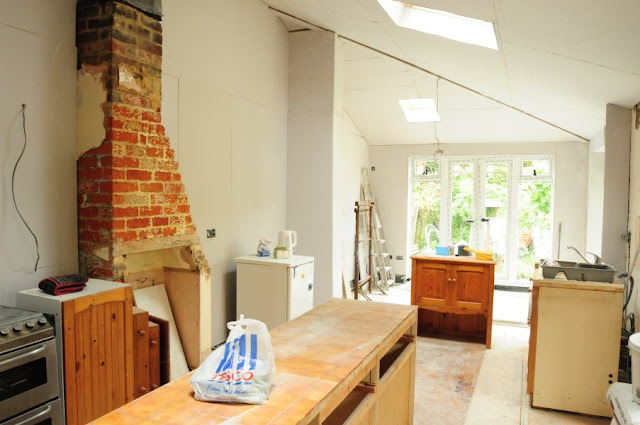 Then, today, the guy came to plaster the wall.  It's sort of a vagely pink colour.  Again, we have decided against decorating in pink. 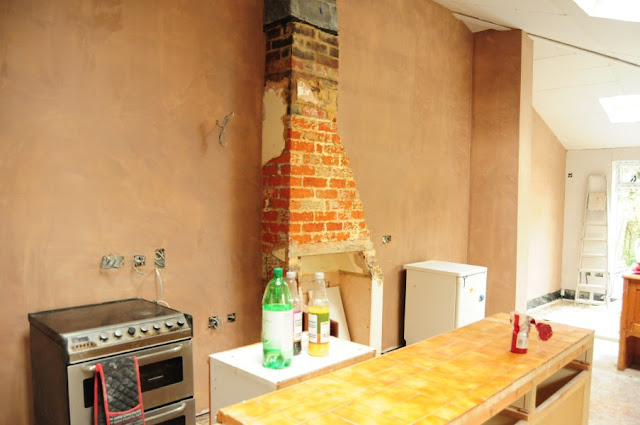 It is amazingly soft and smooth though.  I took this picture to try to show that, but it doesn't really work. 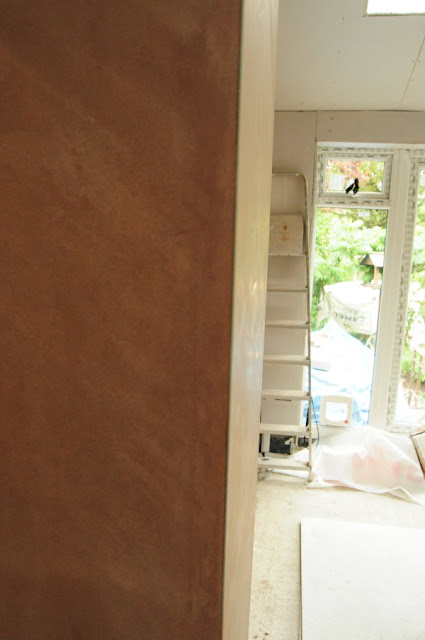 And I have made two cardinals with paper-clip feet... 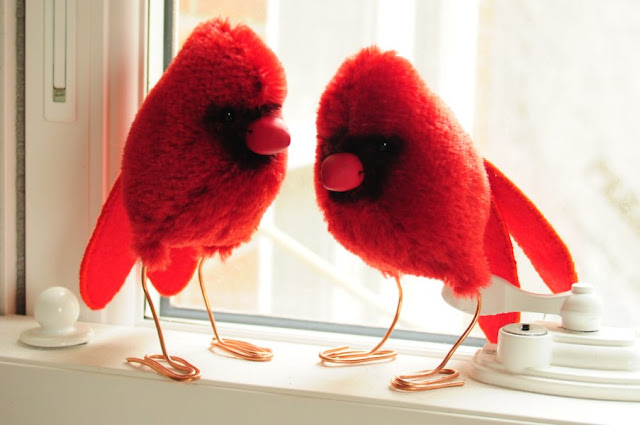 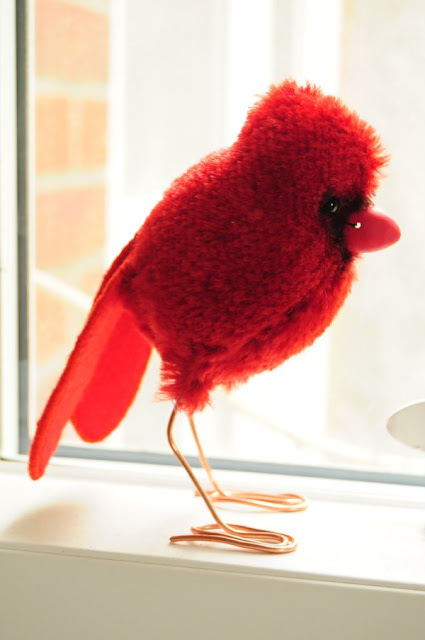 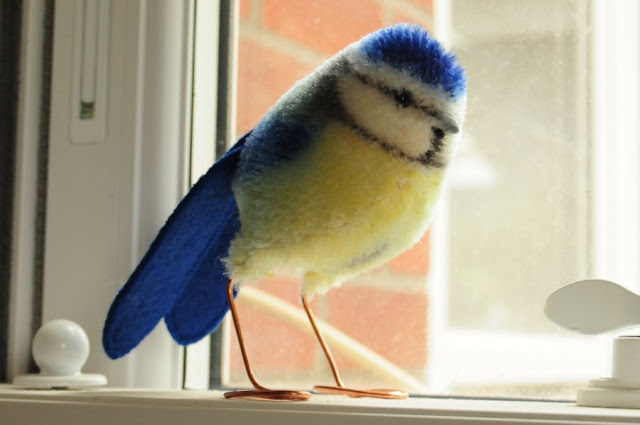 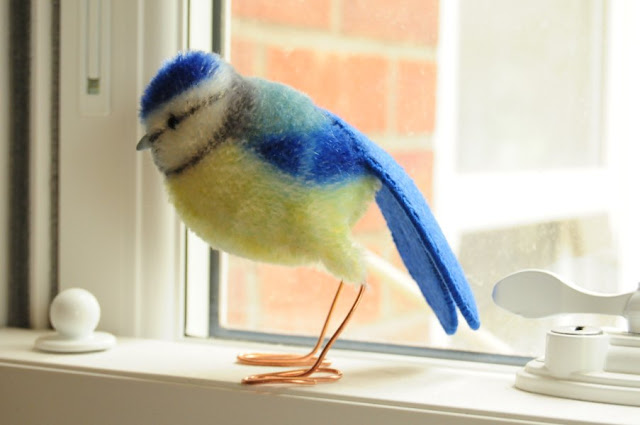 I'm not sure he really works.  For one thing the colour - which is supposed to be permanent - has been coming off on my hands.  And, although he is clearly recogniseable as a bluetit, he's not as textural as he should be.  He also looks a little hunch-backed.  He's not very perky for a bluetit.  Anyway, hopefully I will get a few more birds made in the next couple of days.
Posted by Ruth at 18:48

I love the bluetit. He's not as textural as he could be, certainly, but i think he looks pretty good. Considering his size and the price you'll probably put on these birds, i think you have the level of detailing about right. What a good idea for the feet too! I'm slightly unsure about his tail.

The cardinals are cute! They remind me of the little birds in that short before Monsters Inc

Thank you. Why don't you like his tail? It is a bit peacock-like, I guess. But embroidering all around the edge of each feather took longer than anything else. But it was very relaxing!

I would love to make bigger, more detailed birds, but there's no way I would get any return on them at the Art & Craft Centre. These ones are going to be around the £9.99 mark, I think.

The birds are really cute, so original!