It is unbelievably cold here at the moment!  The builders have knocked part of the way through the wall between the existing kitchen and the extension.  The gaps for the windows and doors in the extension are just boarded up, and we are still open all around the eaves.  Unfortunately, we don't have a door between the kitchen and the rest of the house, so short of going back to bed, there's no getting away from the cold.

Anyway, I wanted to show you my latest attempt at bird-making.  I loved this little red cardinal, right up until the point where I put his eyes in.  Then he started to look extremely cross.  'Cross' in an ever-so-slightly evil way.

Part of the problem is that the glass eyes are too big, and too close together, I think.  But also, the combination of the thick pile to the fabric, and the type of eye - which has to be pulled in tightly - means that the eyes looks quite deeply recessed.  In reality birds' eyes tend to sit flat against the surface of their face (do birds have faces?), or even protrude slightly.

The solution would seem to be to do the eyes in a different way, and not to use mohair, but I am really reluctant to give up on the mohair.  I wasn't sure it would work for a bird - being furry, rather than feathery - but actually in that respect it works perfectly.

My angry cardinal does have a few other problems.  I kind of like the tail like that, but the fabric looks a little... baggy.  It could do with being a bit more jersey-like, and stretched taut.  He also has no wings - they just didn't look right.  I'm not sure whether he will do without them - does he look like an amputee, or is the impression of wings given by the shape of the body?

The alternatives to forming the feet properly and having him stand independently would be - either to supply him with long wires (as in the photos), so a buyer could secure him as they wish, or to form the feet around something - some kind of perch - which would make him more secure at the craft fair.

I need to make some decisions fast: I'm hoping to have a little collection of birds ready for the fair.  It's getting scarily close! 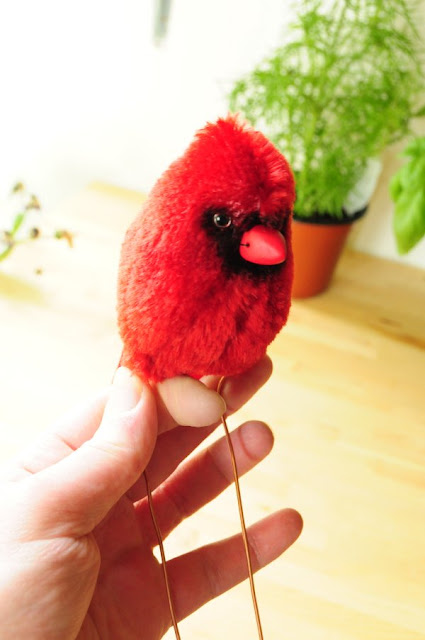 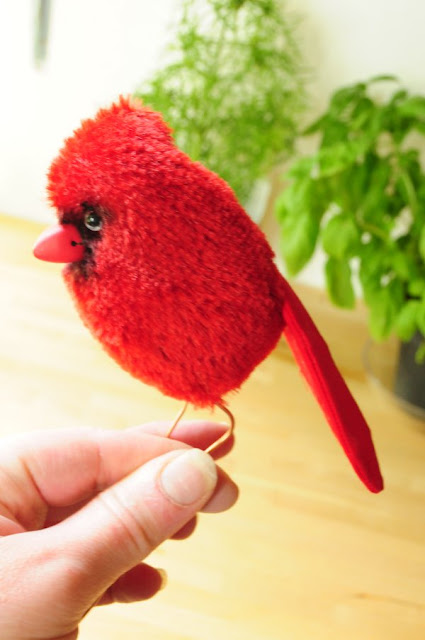 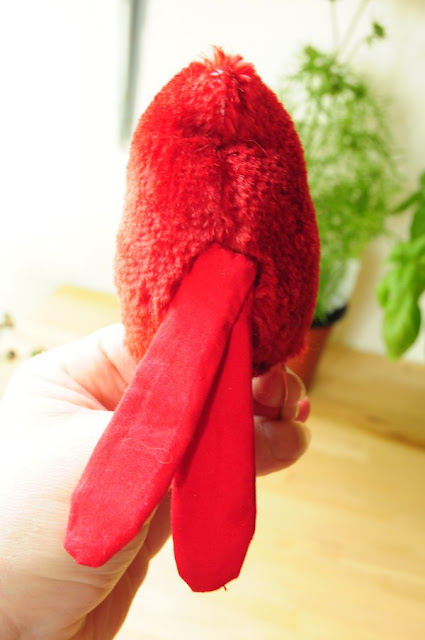 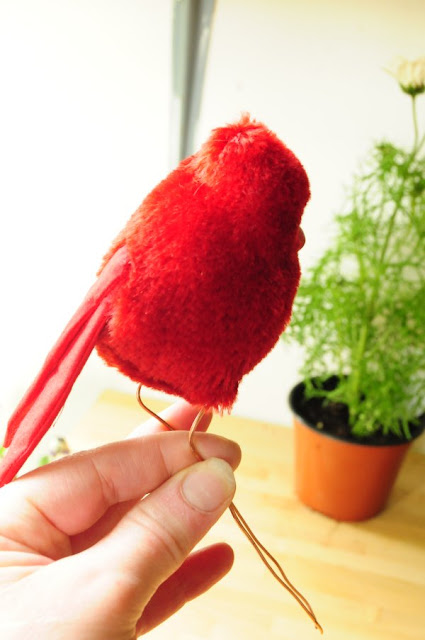