I'm a bit late with these: the building work has moved on a little since then, but during the week, the builders knocked out the little toilet and back porch, and removed the counters on that side of the kitchen.  That window you can see in the picture below used to be the toilet window.  The rectangle on the floor is where the walls were.  Isn't it tiny?  If we were doing this in reverse and marking out space to put in a downstairs toilet, I would never have thought that would be enough space.

The second picture is taken from the extension.  It's lovely to come in the back door and have the counters forming a u-shape in front of you.  Hopefully the new kitchen will be similarly arranged. 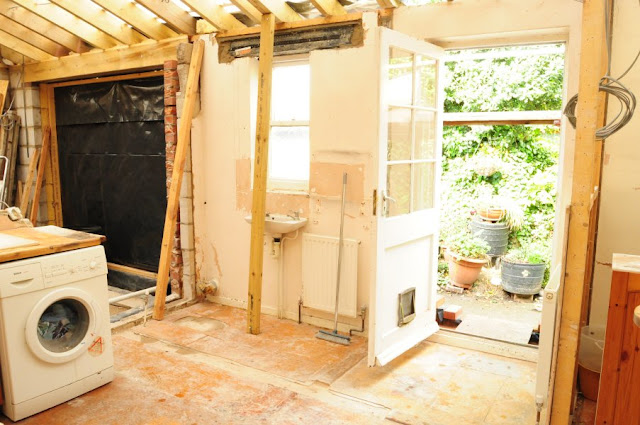 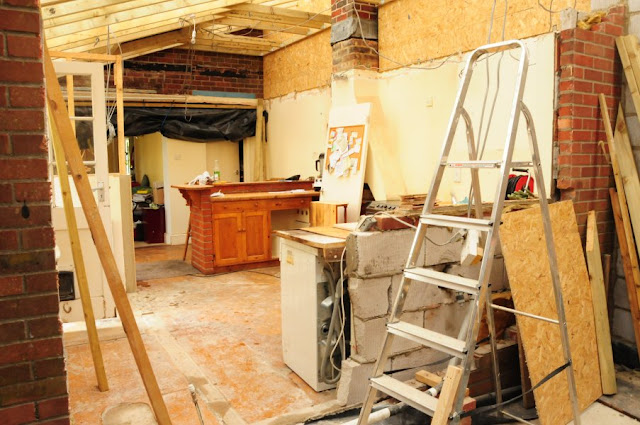