One of the letter keys on our keyboard isn't working.  I can't type it obviously, but it's the one next to the 'n'.  So lets see if I can get through an entire blog post without using that letter.

Right, this is Silas - the walking bear!  Isn't he lovely!  (Please excuse the chicken *anure pellets.)  The balance thing was an issue, but in the end - in addition to his three tripod legs - I put steel shot in his back right leg, and used light-weight stuffing in his front left leg (the lifted one).

I feel like I have overdosed on big-eyed baby bears, so Silas has tiny, intelligent-looking, adult eyes.  The lifted paw is just an ordinary paw pattern, over a piece of curved wire: there are a few wrinkles, but they are actually quite realistic-looking.

So, a success, I think.  I really like the bears I have created using wire skeletons, and I especially like the fact that they constitute a stylistically recogniseable series of bears.  I have thought recently that working this way - with a 'series' or 'range' - could be particularly efficient, focusing on one style at once, rather than going back and forth between one and another.

Having said that, I need to stop this style of bear for a little while because the Clare Priory craft fair is approaching fast, and I need to have lots of little, less expensive bears to sell there.  On the other hand, it would be nice to display the wire bears there as well.  Ah well, I'll have to see what I can fit in - I do still have four weeks. 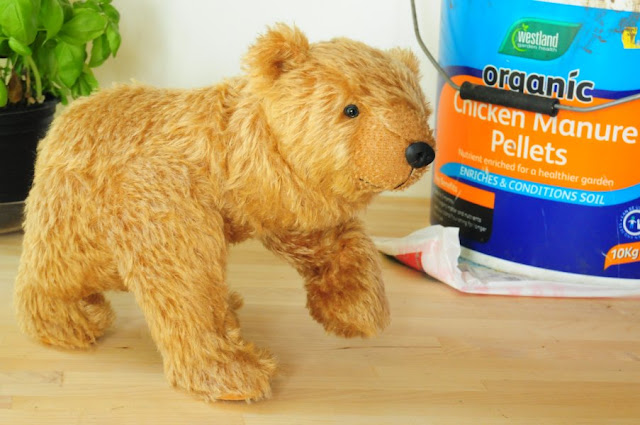 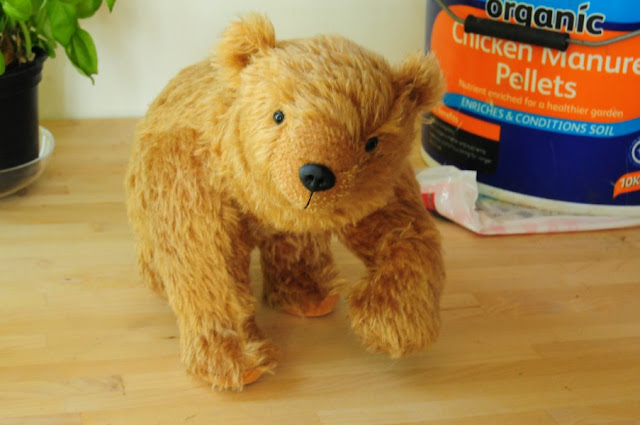 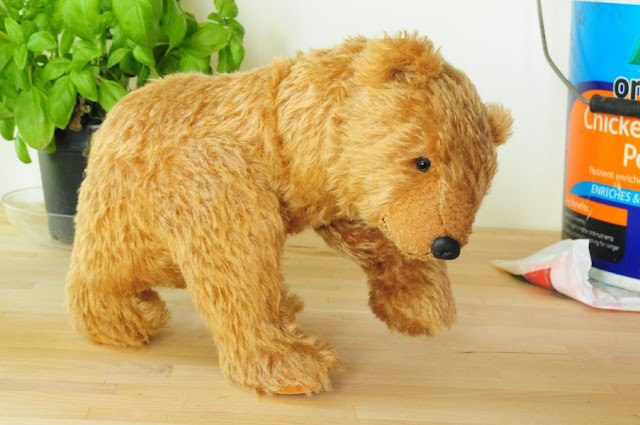 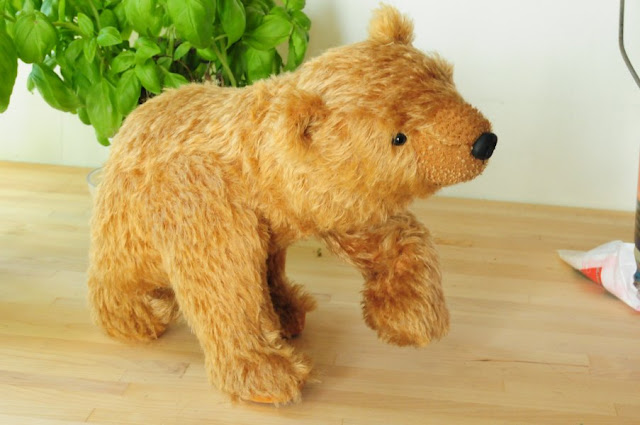 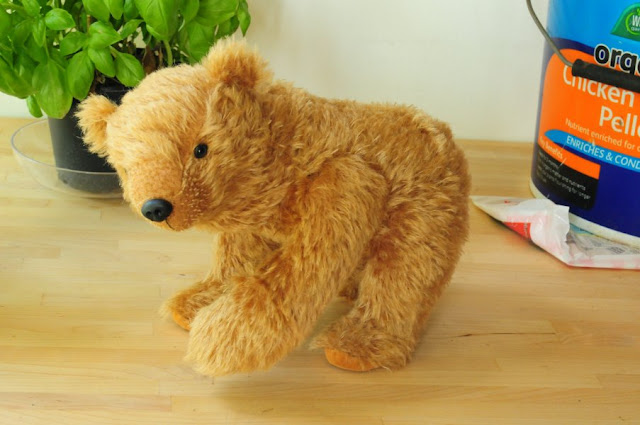 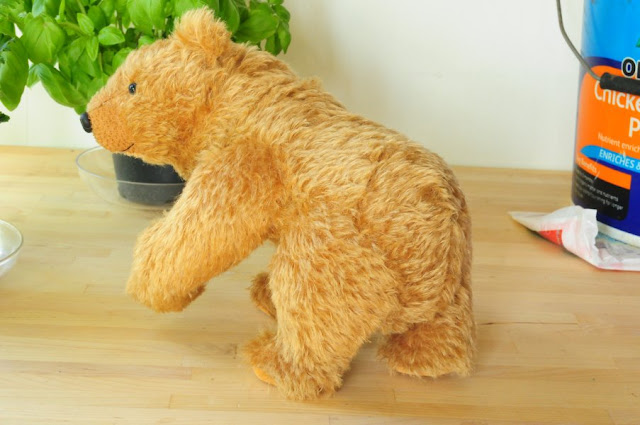 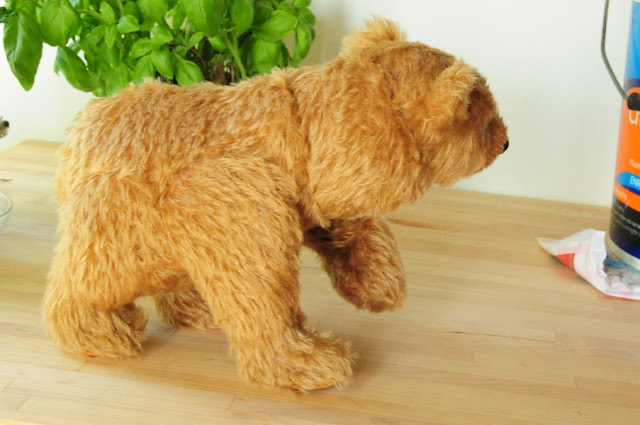 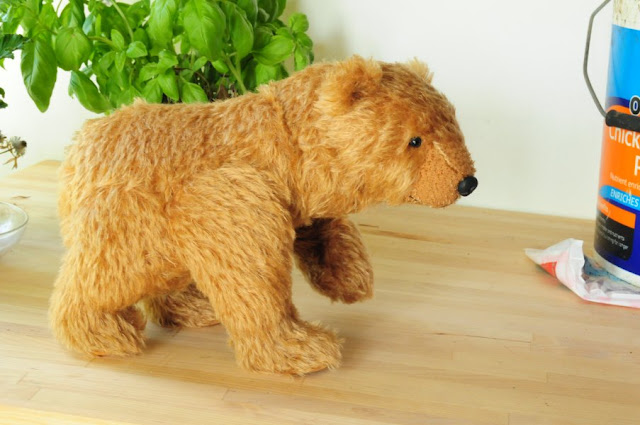 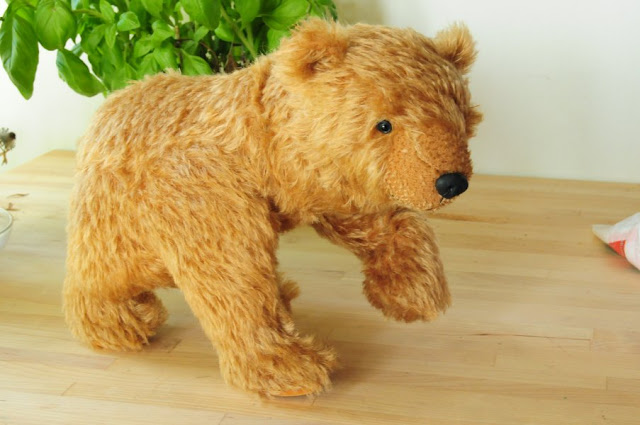 He is Fab! He's actually more realistic than the other three-legger you made recently.

The kitchen is a mess at the moment: the tilers are here and the hall ceiling has been taken down because we're having electricity problems. Will post photos of roof if they finish it today.

(The other one with three feet touching the ground)