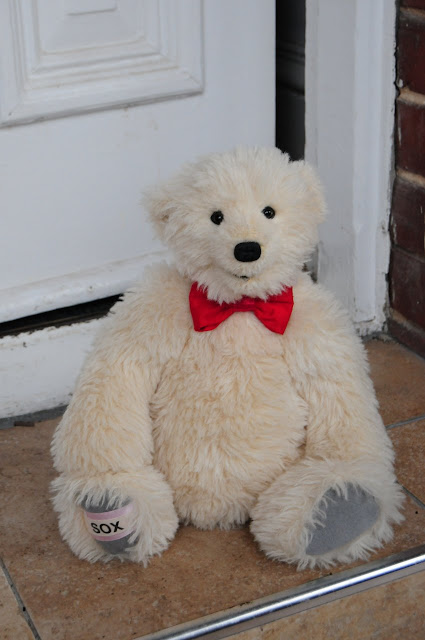 I made this bear ages ago - it must be over a year - and the lady brought him back for repair.  Her dog had gotton hold of him - as a result of which, his ear and his nose had disappeared.  Sad as it was to see him without said essentials, it was really nice to see him again.  He was a good bear!  He doesn't have a distinctively polar bear shape, but then cubs don't seem to - they are a bit more fat and round and blobby.

The customer asked if he could have a red bow tie too, so whilst I was sewing another ear and cooking another nose, my mother got to work on the bow tie.  She made three - all on bits of elastic - so I took the remaining two into the Art & Craft Centre yesterday to try on the other bears.  Aren't they sweet? 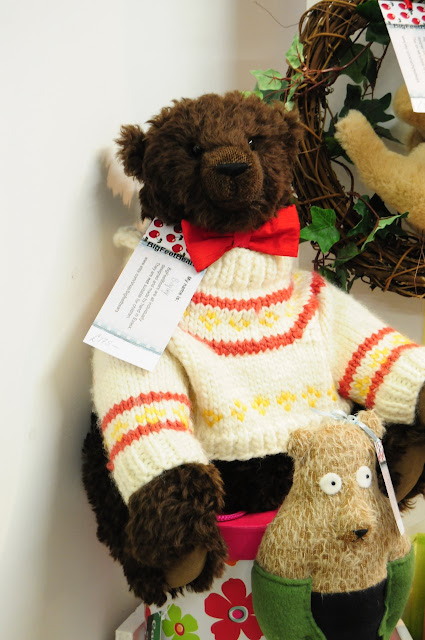 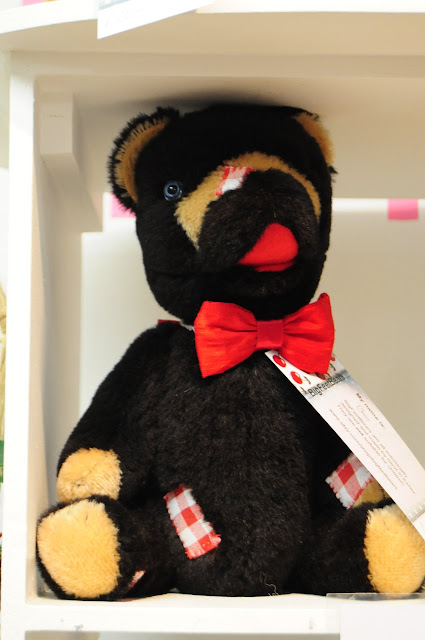