This is hibernating bear no.2.

He is closer to what I was hoping to make - partly because of the sleepy look created by the eyelids, but also, weirdly, because his head isn't turned so far round as Otis's (see my last post).  He hasn't particularly turned to look at his audience, so he doesn't look so alert as Otis.

His body could be more tightly curled though, and I think I might bite the bullet and give the next one completely closed eyes.

Note that the fourth picture below is taken from the back of the wreath. 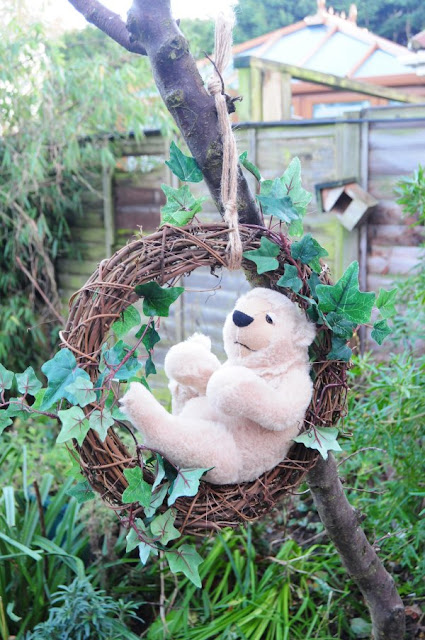 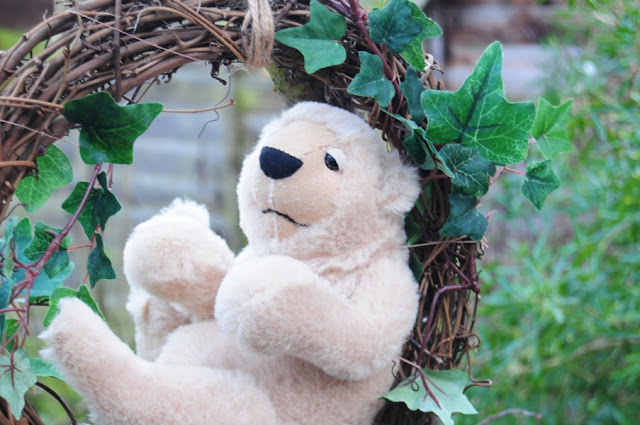 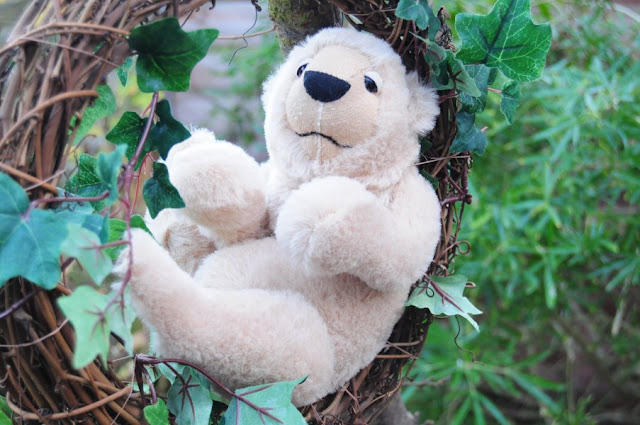 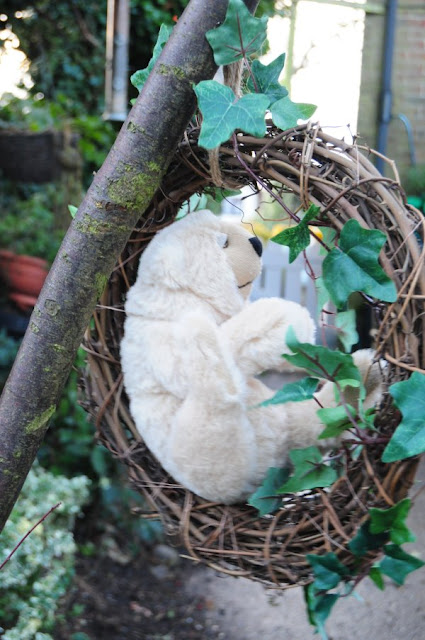 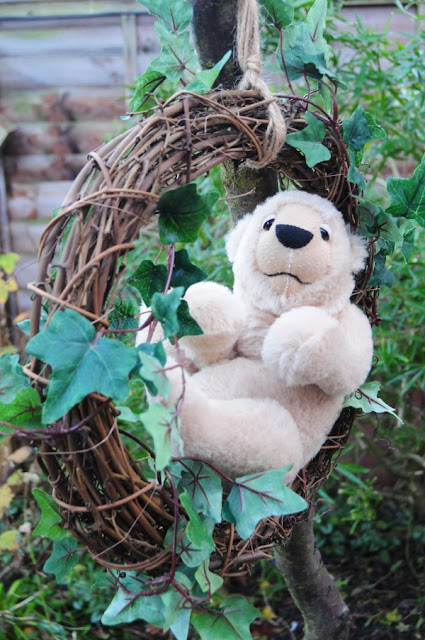 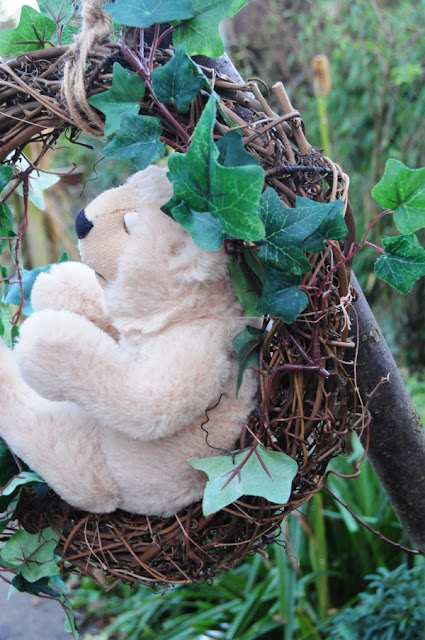