And this is Bobby!  He is a lovely, solid bear - with a big bag of steel shot in his stomach to make him feel more substantial.  His face is quite plain in some ways but I think that - as with Donald - I am really happy with the way he is made.  It is one of the advantages of cutting out 10 bears of one design, and making them one after the other: you quickly work out the most efficient, effective way of doing things, and then apply what you learn as you make each subsequent bear.

I can give an example - although it might not mean much if you don't make bears yourself.  In the past, I have tried adding features to the face (eyes, nose, ears, mouth) before I attach the head to the body, and afterwards.  In the first case, I then have to remove some stuffing from the back of the head in order to fix the joint - in which case all the stitched-in features loosen slightly.  In the second case, if something goes wrong when I am adding the features - I then have to open up the whole bear to remove the head.

I have worked out now though that, when using a double neck joint, I can joint the head to the neck first, then add the features, then joint the neck to the body.  It's a minor thing - and I suppose really obvious if you think about it - but if you only have to deal with the problem once, you don't bother (or I didn't bother) trying to come up with a better solution.

So, cutting out ten of one design may mean they seem less unique (although I think Donald and Bobby do look very different), but hopefully they are better bears as a result of being one and two of ten. 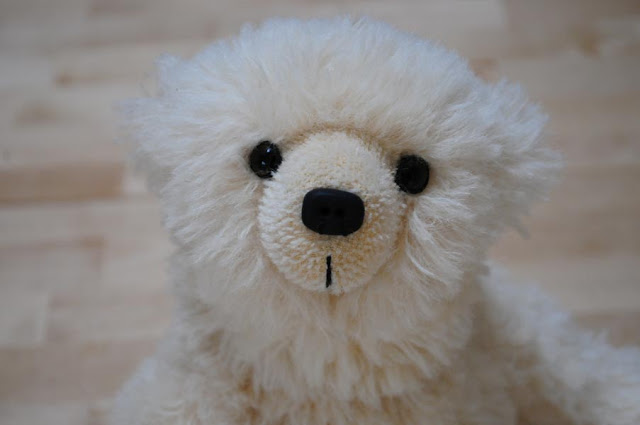 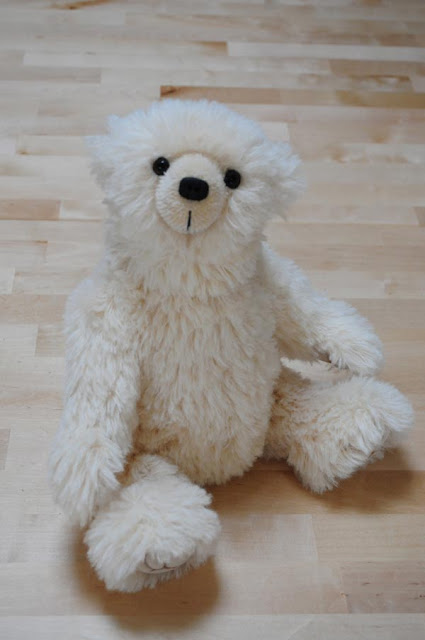 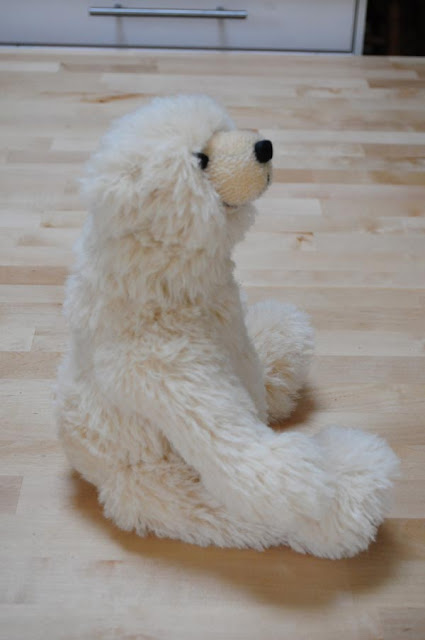 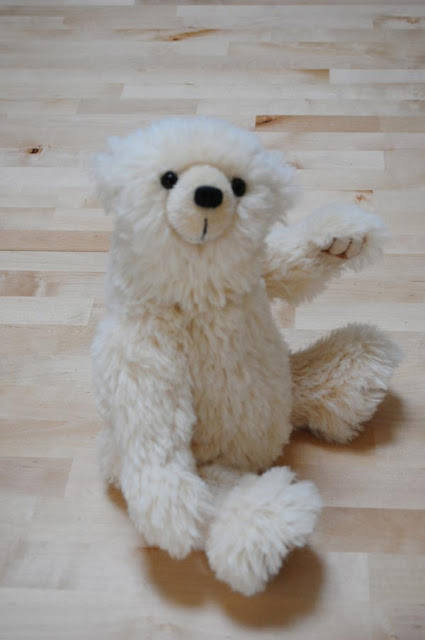 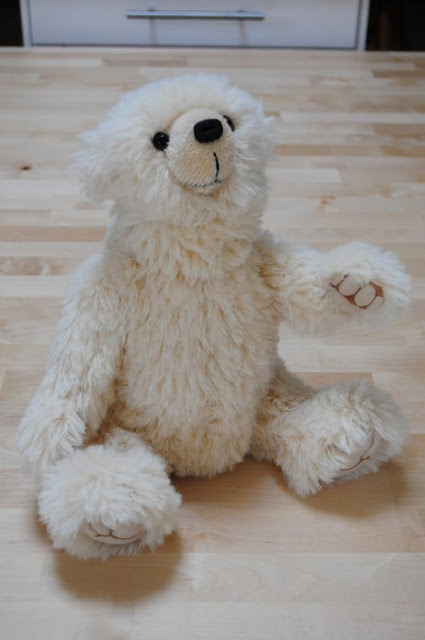 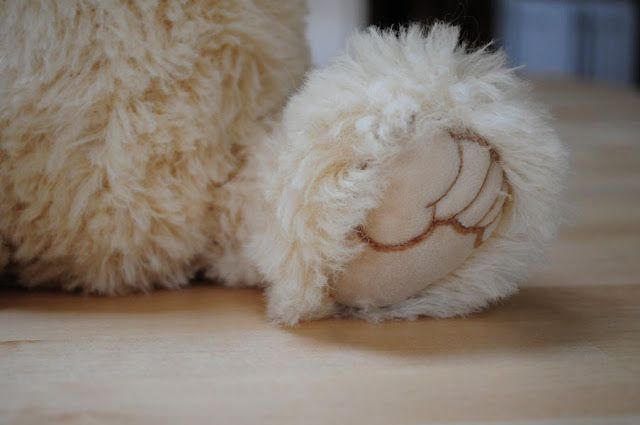 I like him much better than Donald. You are getting very clever with your designs. I especially like the way you have done the neck so that the bears can look up.
I have always made the heads first, but I use traditional cotterpin joints, not nut and bolt ones like you so it is not a problem, as once the head seam is closed it need not be touched again.
Pauline

Thanks Polly. I have a confession to make though - this design is a very old one; I often make them with double neck joints. I think its because I'm very keen on realistic-looking bears, and I always thought the extra neck joint made them look more realistic.

I did try cotter pin joints, but I could never get them tight enough.