I'd be interested to know what anybody thinks of Morrison.  He is an experiment.  Recently, I was sent some needle-felting wools.  I did have a go at making something before Morrison - although it was only partially successful.  Morrison's face - his entire muzzle, eyelids, and nose - have been needle-felted.

I like him.  He's not a pretty bear - I'll give you that - but I do think there are elements of him which look more realistic than usual.  The colour gradations on his muzzle for example, and the bit around the eyes.

I am slightly worried, as I always am, about durability.  I spent a great deal of time jabbing the poor bear with a felting needle, and it does feel very firm.  I can't get over the idea though that, given a pin or a pointy pair of scissors, you would be able to loosen the fibres, and even remove bits.  I suppose a test is what is needed.  Not on Morrison - he's suffered enough!  Perhaps I'll just try felting a shape of some kind, then trying to pick it apart.

Other than that concern, I thoroughly recommend felting though - it seems wonderfully versatile. 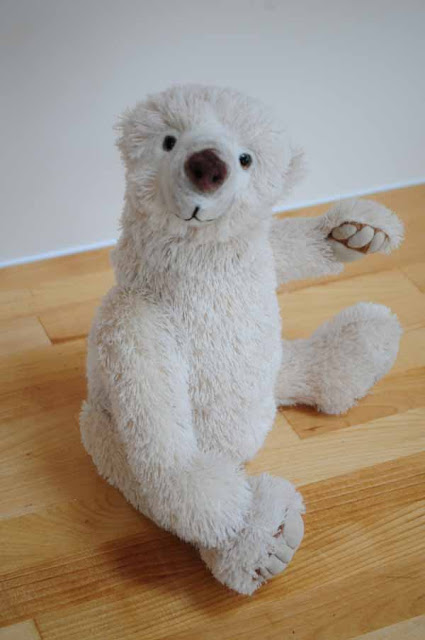 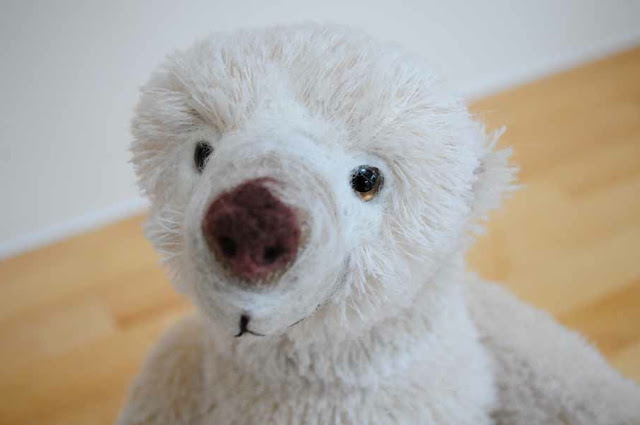 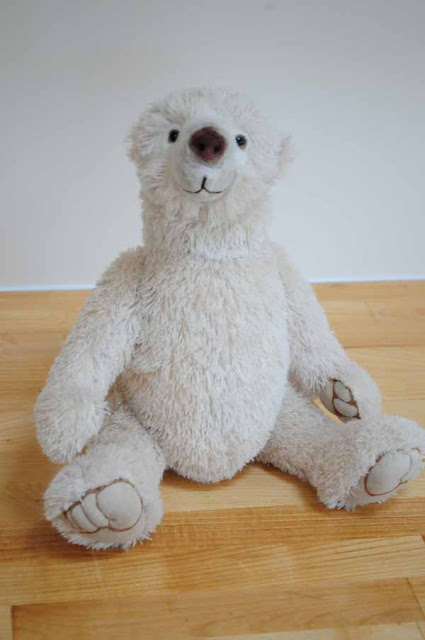 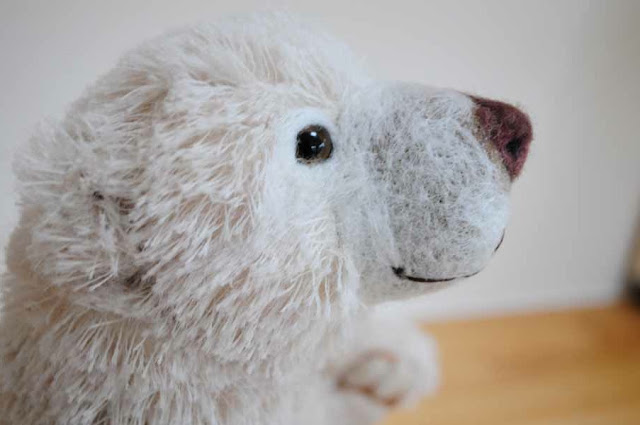 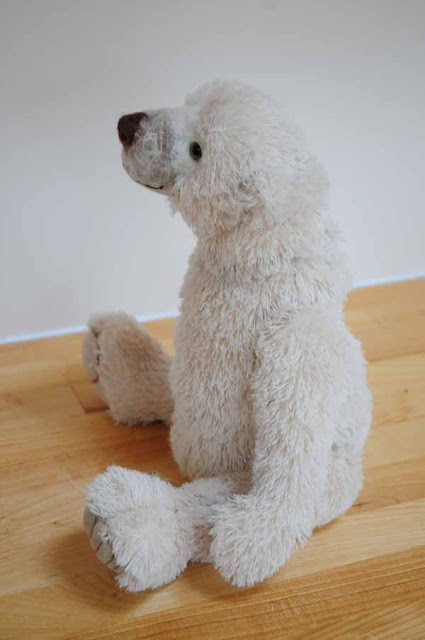 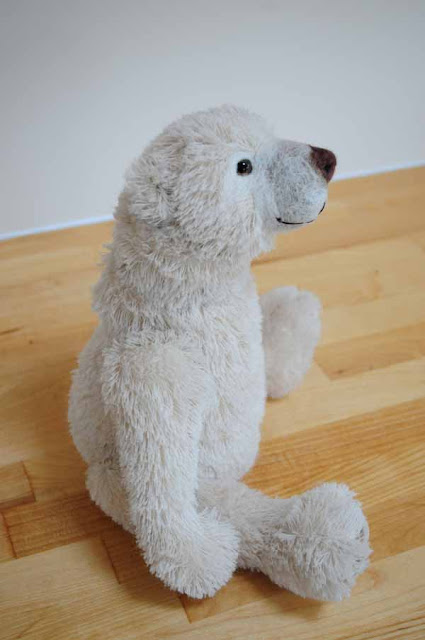 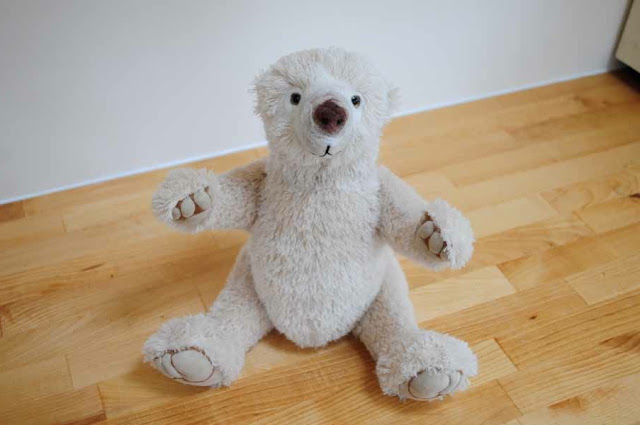 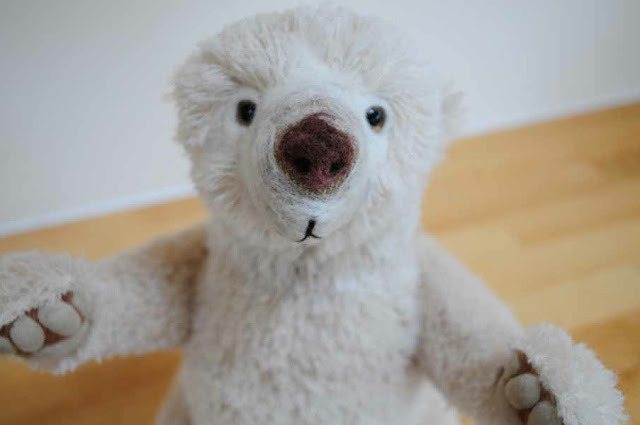 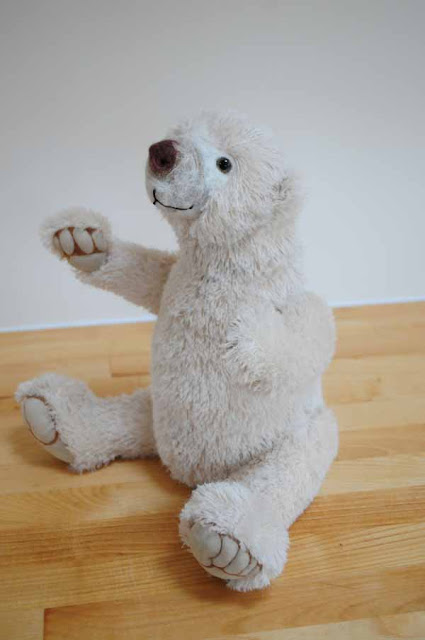 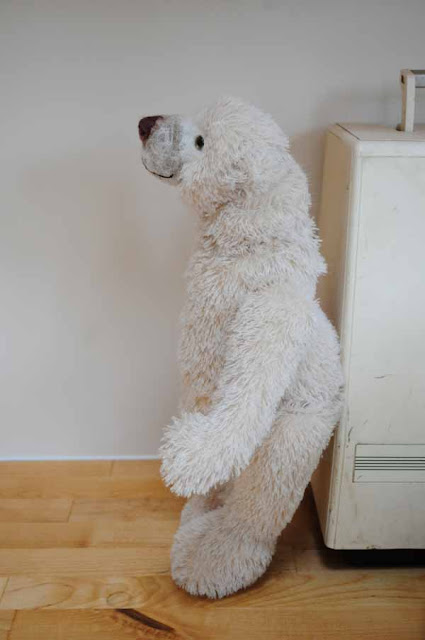 I love the shape of his nose from the side view, but not so sure of the texture of the felting.
I watched a video on utube on how to do it and it looks very time consuming. I don't think I would have the patience for it.

Hi Polly. The timing's not all that bad, once you get into it. Re the texture, I suppose I was trying to use the brown colour of the backing to create a sort of patchy, natural look, but it doesn't really work because you can see the fibres of the felting wool. :-( Next time I shall try felting the entire thing, and not leave any gaps.