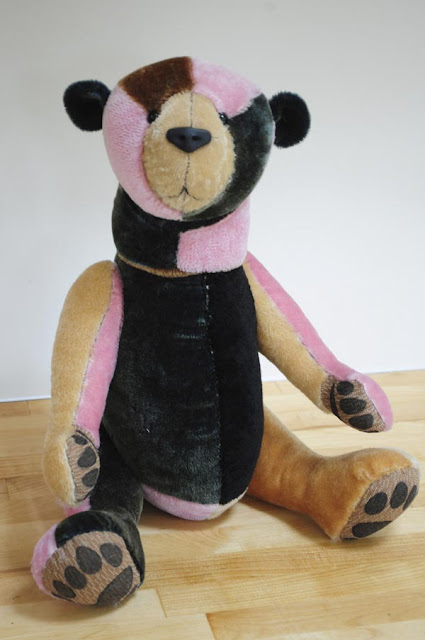 I finished this bear on Friday night, and took him into the Art & Craft Centre with me on Saturday morning.  I named him on the spot, then promptly forgot the name.  Now I have to wait until 10am, when the Centre opens to ring in and, embarrassingly, ask the people on the desk what name I gave the bear.

He is another short pile bear, made from scraps of fabric which I was desperate to use up.  I do like his colour range - and his face - but I don't think he worked quite as well as Giles, the pink and grey bear of a similar style.  The dark green mohair in this bear is antique, and the backing was very prone to fraying, which made him difficult to sew up at the end.

Anyway, can I ask a question, if anyone is of a mind to answer?  People have said in the past that it's very difficult to leave a comment on the blog, so I wanted to try and remedy that.  There are two features that are supposed to stop spam comments.  One is the bit where they give you a garbled picture of a code, and you have to say what the letters are.  The other is the moderation bit - where I get to see it before its published.  Which is the bit that causes the most difficulty?

The bear's name is Benson! 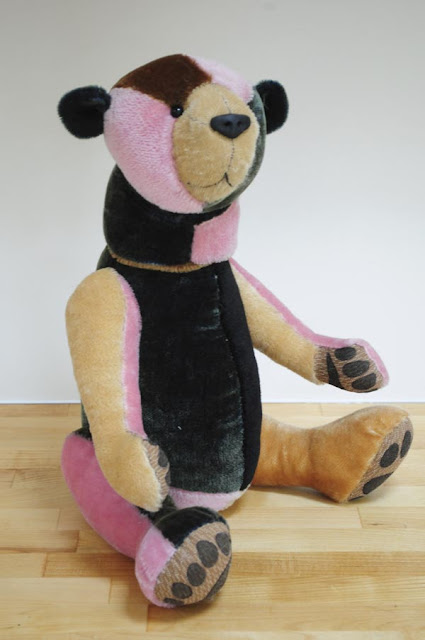 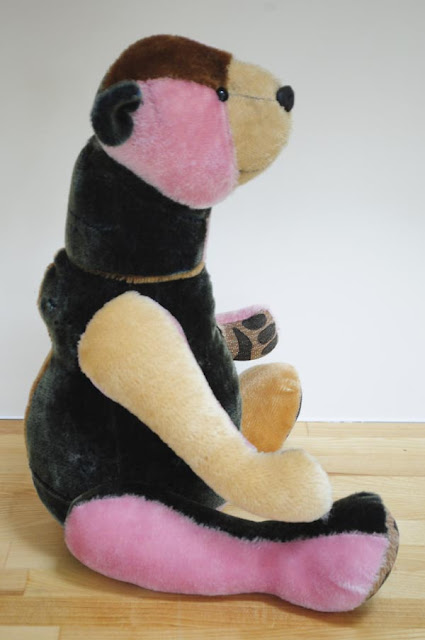 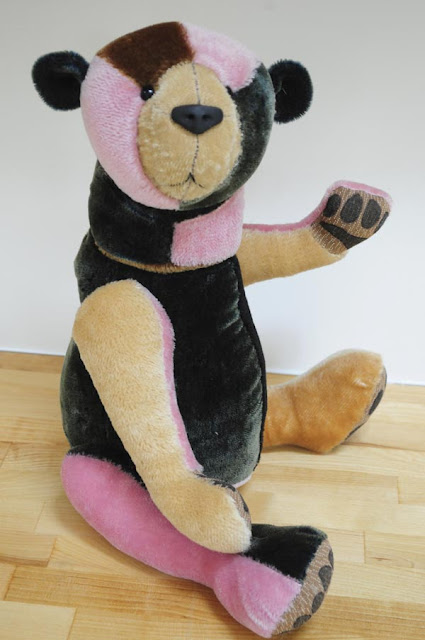 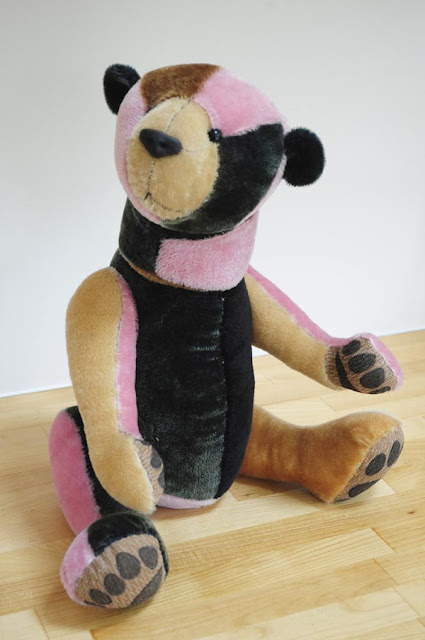 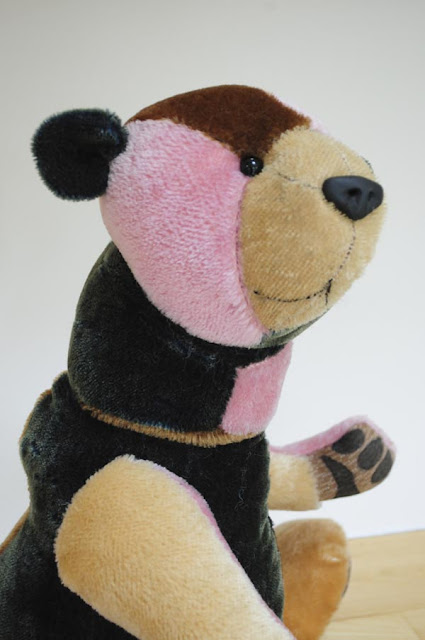 It's the word you have to type in that makes commenting hard work, I think.

I love both this bear and your previous patchwork bears. For me, the hardest thing about posting comments is the bit with the garbled words. It can be hard to figure out what they are. Keep up the great work, all your bears are amazing!

I have now [I think] disabled the word verification bit. Comments will still be moderated, but it should be easier to make them!

I adore this collection of bears....so individual. The more off the wall colour the better!