Hello - I finished my meerkat this morning!  I decided to try something new with the feet.  It didn't look very promising at first, but it has creases sewn across the middle, and when it's stuffed... 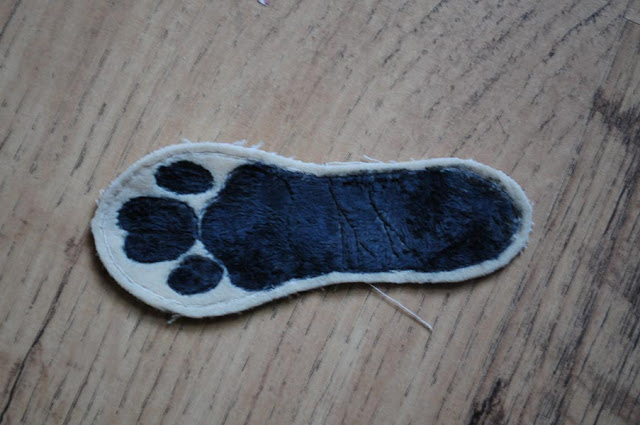 ... I think it actually looks quite effective. 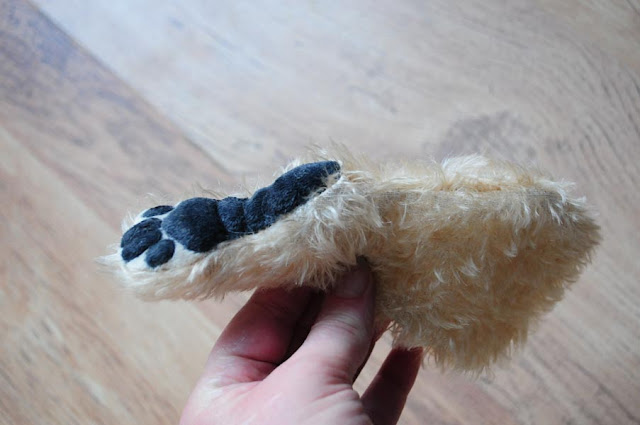 I also tried putting claws in the front paws.  The middle two looked good, but the outer claws stuck out sideways!  Then, after stuffing the arms and sewing them on, I managed to break one so I had to unpick the whole thing, remove the claws, then stuff and sew the arms back on again.  I didn't risk a second attempt at the claws.  They obviously were not strong enough but also - the way she holds her hands - they were barely visible anyway. 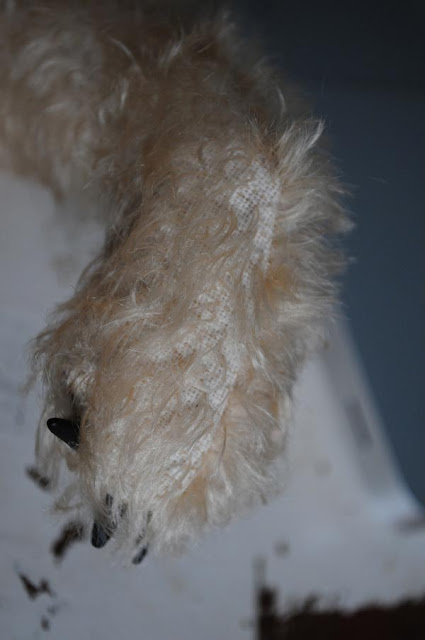 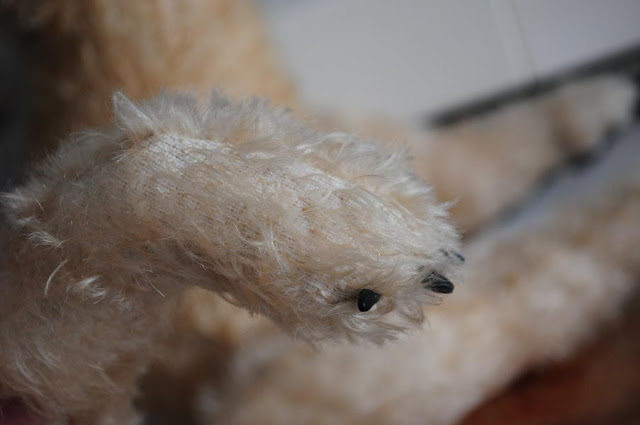 Then there was the problem of the whiskers.  I tried them first on my poor prototype, with fishing line, but they're far too substantial. 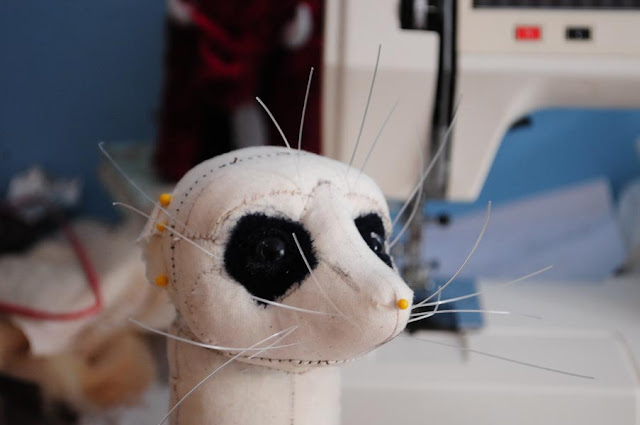 Reading up on it, the best thing to use is apparently horse hair.  I posted about it on my Facebook page, and a lovely person agreed to send me some! 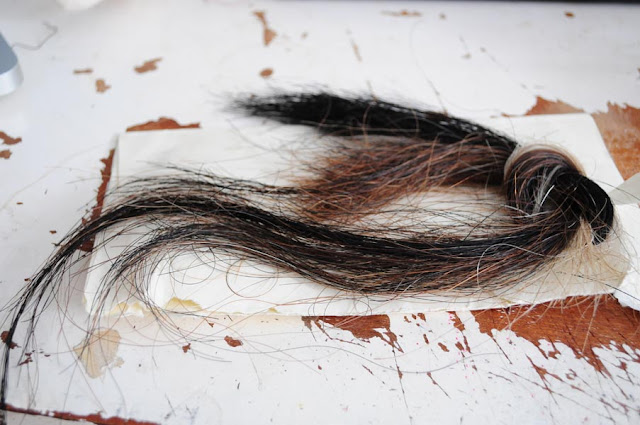 This is Amelia with her whisker (and eyebrow) placements marked out... 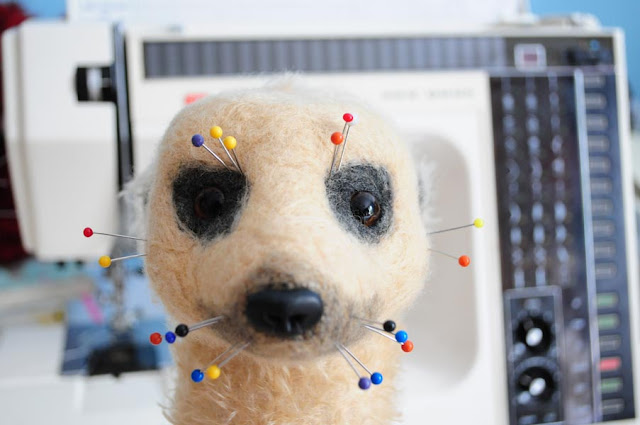 And this is her finished!  I absolutely love the whiskers - they definitely maketh the meerkat, so to speak! 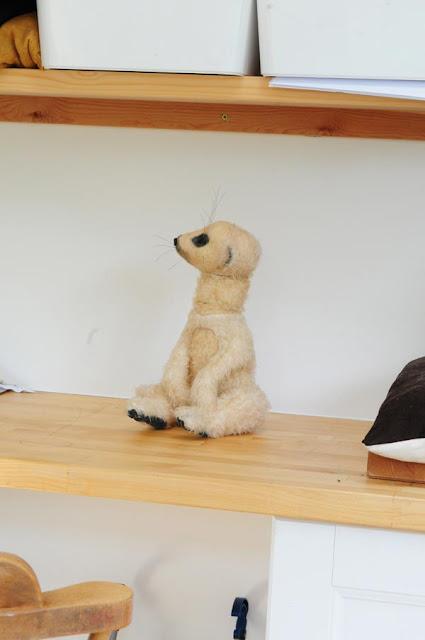 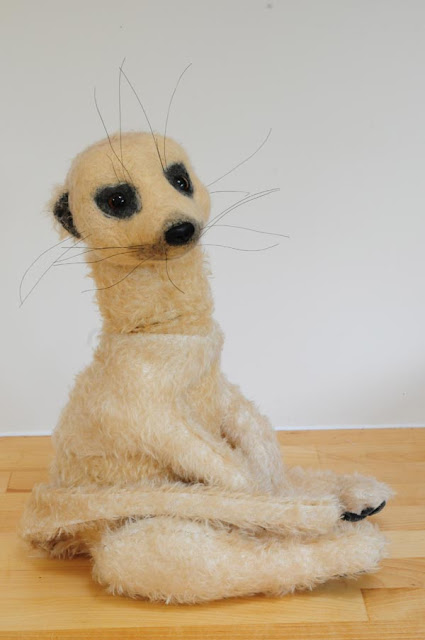 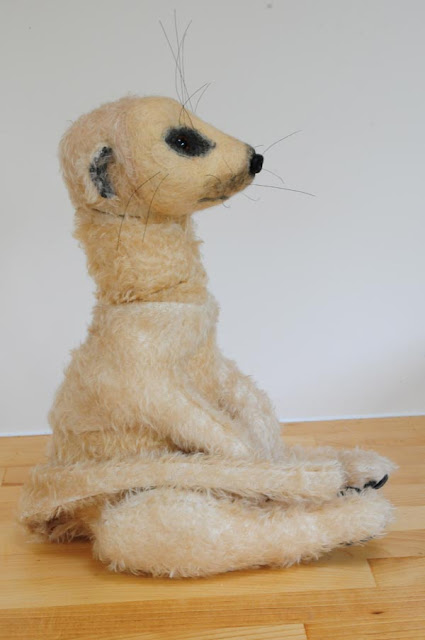 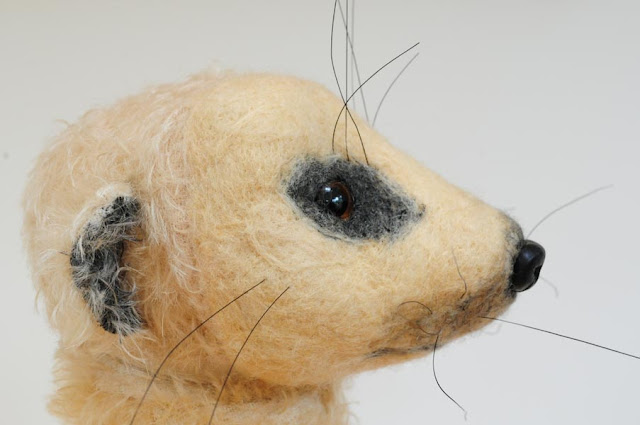 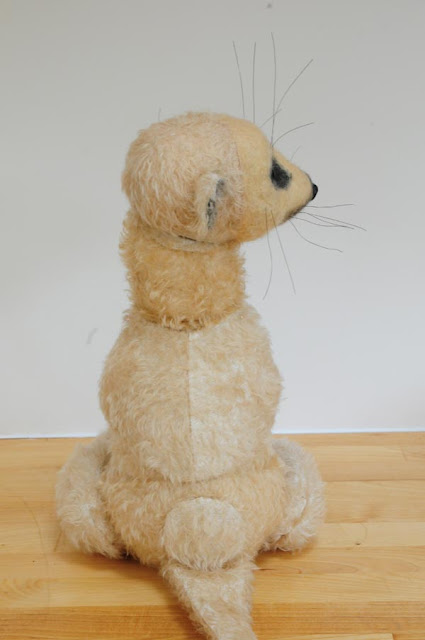 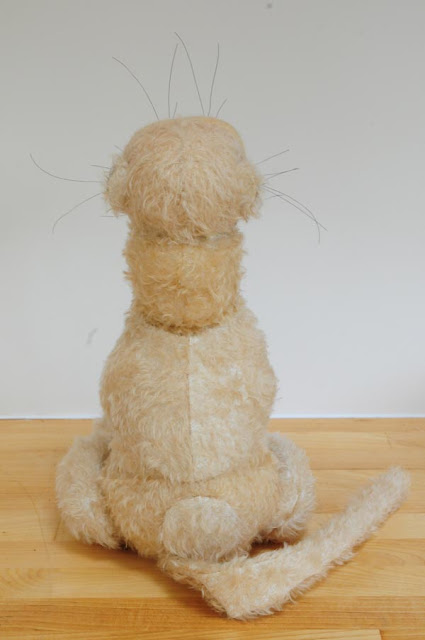 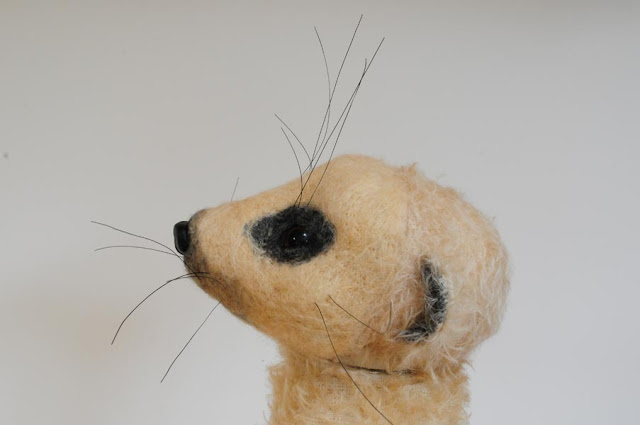 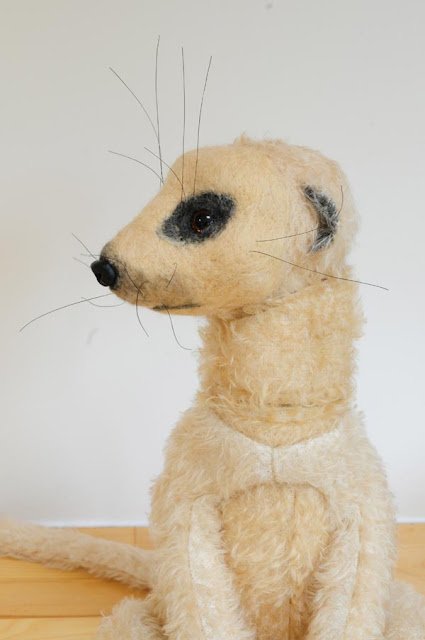 I did just happen to have a pair of meerkat spectacles handy, and she does remind me of that meerkat in the Compare the Market advert, so I took one photo of her disguised as Sergei :-) 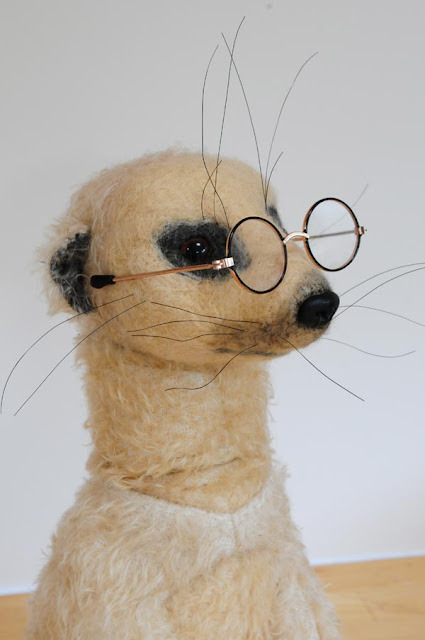 Stunning! I'm so glad that you stuck with the meerkat. The little creases on her feet were a nice touch and the whiskers just look so perfectly crinkly. I can't wait to see what you come up with next.

Oh very good!
We like the picture of her with whiskers with little bobbles on the end too actually(!)

Paw pads are brilliant - and on a bear? Would be good on a monkey to...

Thank you! The whiskers with the bobbles are pins, but I might certainly consider some kind of whisker decoration at a later date. For the meerkat, that is(!)

Thank you for the monkey picture from Pinterest - absolutely gorgeous! I always wanted to make a monkey for Adrian - with a little placard saying 'Primates Against Animal Testing'. I might even do that now I'm focusing on the patterns more.

I'm currently trying to make a standing meerkat. He is tall and teetering, with tiny feet!

Just LOVELY! I love the feet, they're so effective. Your bears all have such personality and character!