Good morning.  I'm sorry I've been such a terrible blogger recently.  I have been working on meerkats and I have finally finished my little group - although I've still yet to go down to the beach and get good pictures of them (that's an early morning job).  I took a snap of them on the counter in the kitchen though - that's Sidney on the left, Amelia sitting at the front, and Samantha second from the right.  The other three are new - and slightly younger and shorter.

It's not a great picture, but I wanted to 'check in' here just to show I'm still around.

I have been reading a bit about blogging lately - how to be successful at it - and I am in two minds.  I do enjoy occasionally going away and doing some research and writing serious stuff that might be helpful to people, but that seems like another job altogether and I'm not sure whether I want to get into that.  It begs the question whether it's worth having a blog at all - if I'm not going to write stuff that other people want to read - but actually it is quite useful for me.

A lovely customer asked me recently if I could make a bear like Rowan for her.  I don't forget any of the bears I make, but I'm not so hot on their names.  I typed it into the search box of this blog though, and up came Rowan.  So as a searchable record of the bears I've made, it's quite helpful.  Of course, it would be even more helpful if I could record patterns here (Rowan's pattern is one of the one's I lost), but that would be a little too much information.

Talking of patterns, I have been wondering whether to move on to that next - making patterns which I can sell on their own, for other people to make.  But really I need to work on new designs for the glass cabinet at the Art & Craft Centre.  The next thing I want to make is a moose! 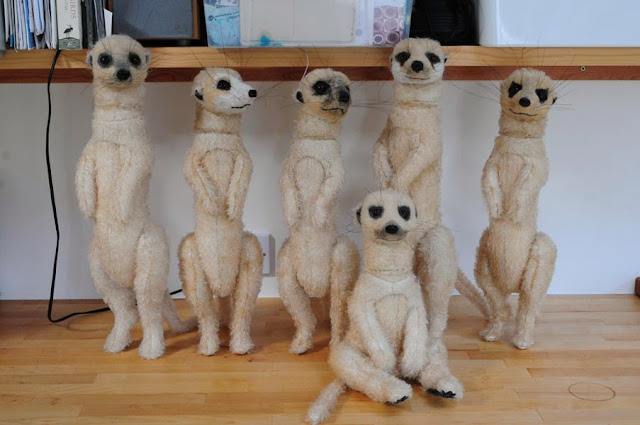