My second standing meerkat is called Samantha.  She is not the same as Sidney, but obviously they are based on the same basic pattern.  With Samantha, I added some white colouring to her face, and I tried to give her the little groove down the centre of her head which adult meerkats often seem to have.  She also has a more alert tail - balancing on the very tip of it!

If you scroll down to the last couple of photos, you will see Samantha and Sidney together.  He has a rounder head, and a more relaxed tail and front paws.

I'd like to make a few more - so I can have a little chorus line of them - like you often see in photographs.  I think the next one should be slightly shorter though.  I'd also like to have a go at a crouching meerkat at some point. 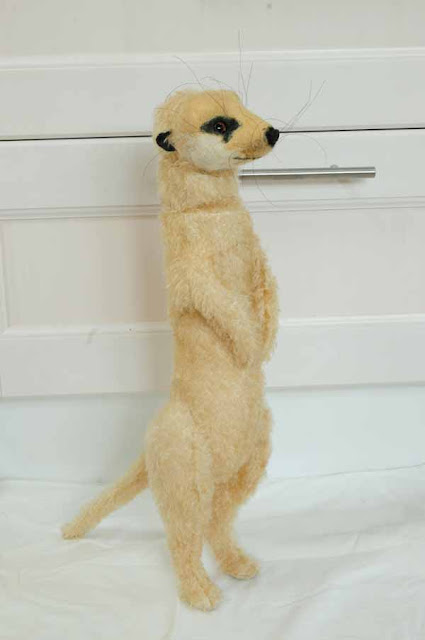 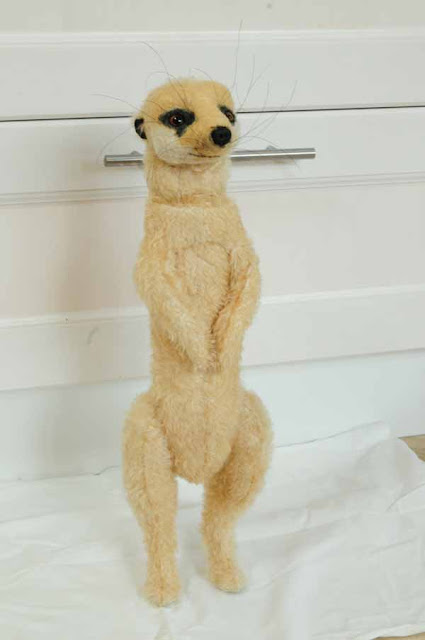 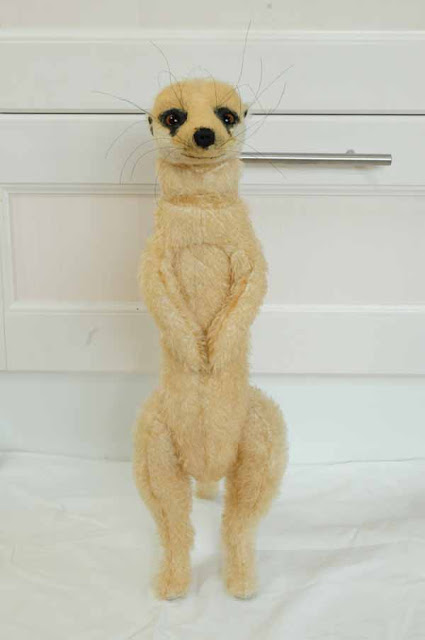 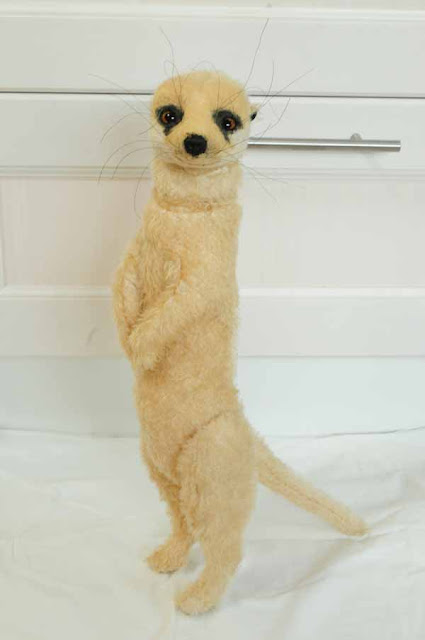 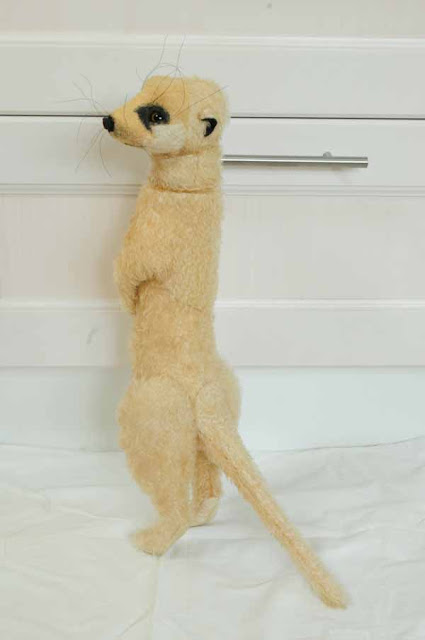 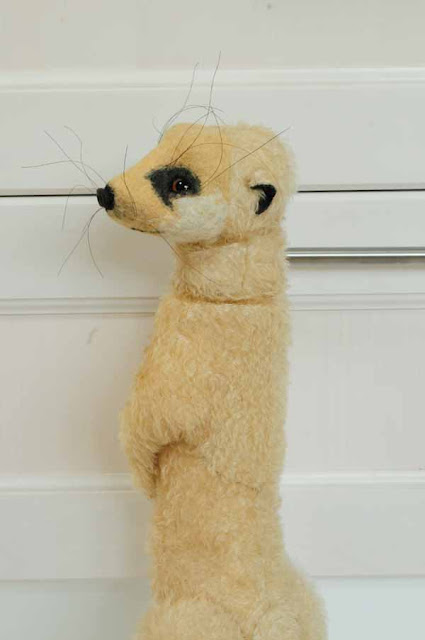 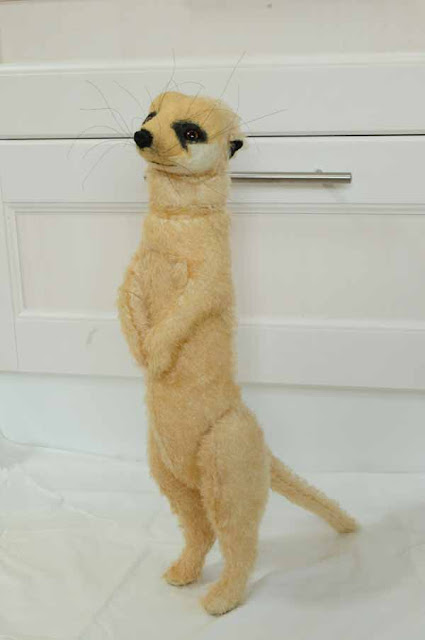 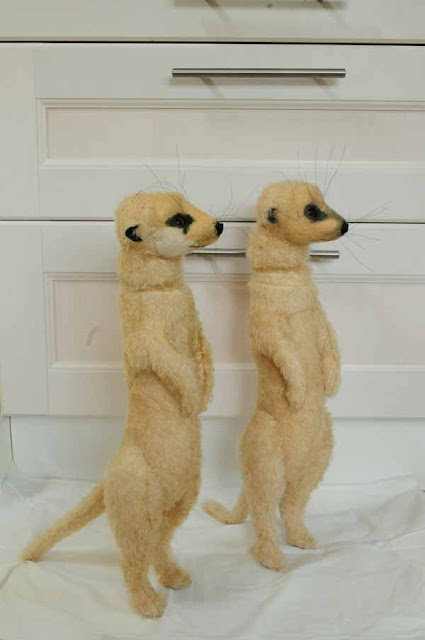 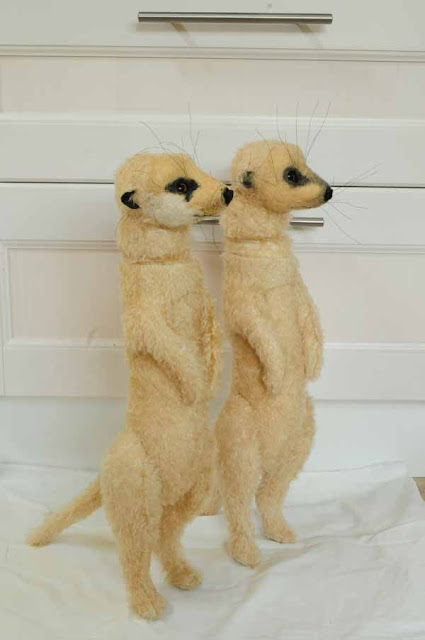 We saw Meerkats on holiday and you have got them to a 't'. Samantha's face is lovely. They look really cute laying on their backs too. Maybe one for the future??
Pauline