First bear for the Stratford Fair

This bank holiday weekend, between the 24th and the 26th May, some of the bears will be at a pub called The Shipwreck in Shotley Marina, organised by Peninsular Crafts.  I thought I'd send one of everything, and emptied out my glass cabinet at the Art & Craft Centre accordingly.  Then I stood back and looked at the few creatures that were left and wondered how on earth I'm going to manage at the Teddy Bear Artist Event at Stratford-upon-Avon on the 15th June.

It's not that I don't have enough bears - there are plenty of big bears sitting on the shelf at home - but it isn't big bears which are selling at the moment.  I need more little bears, birds, and a new moon bear design!  Unfortunately, the crows have faltered again.  My black linen supplier has run out of stock, and isn't going to be getting anymore in (unless I want to order 300 yards!).  I had a frustrating day yesterday trying to cut a crow out of an old black linen skirt - which is how I made my first two crows. This skirt was too thin and stretchy though - and when I had cut out the pieces and laid everything out on the floor, all the supposedly 'matching' pieces were different shapes.  So that was the end of that.

Between now and the 15th June then, I need to concentrate on making more little bears, little birds, and a new moon bear design. This is the first item - a little bear called Robbie. 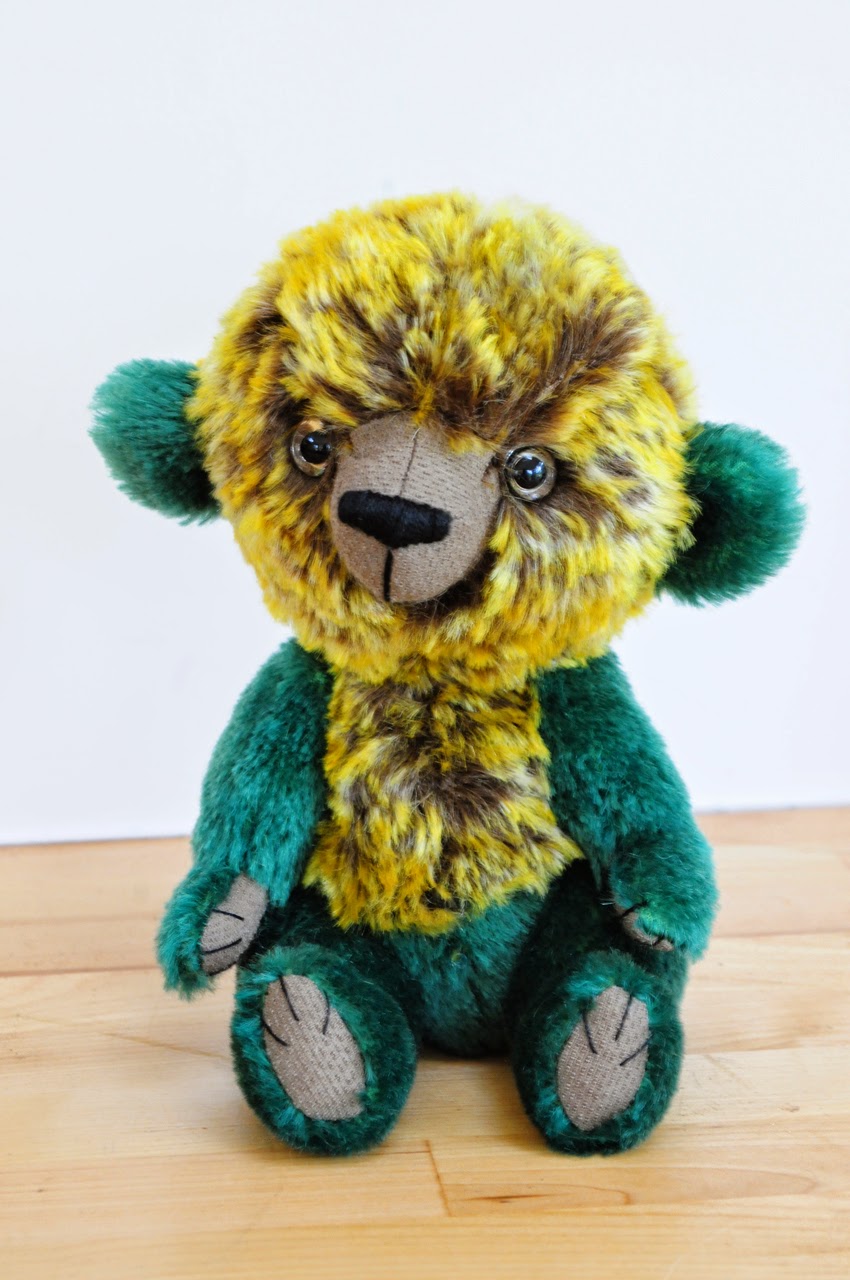 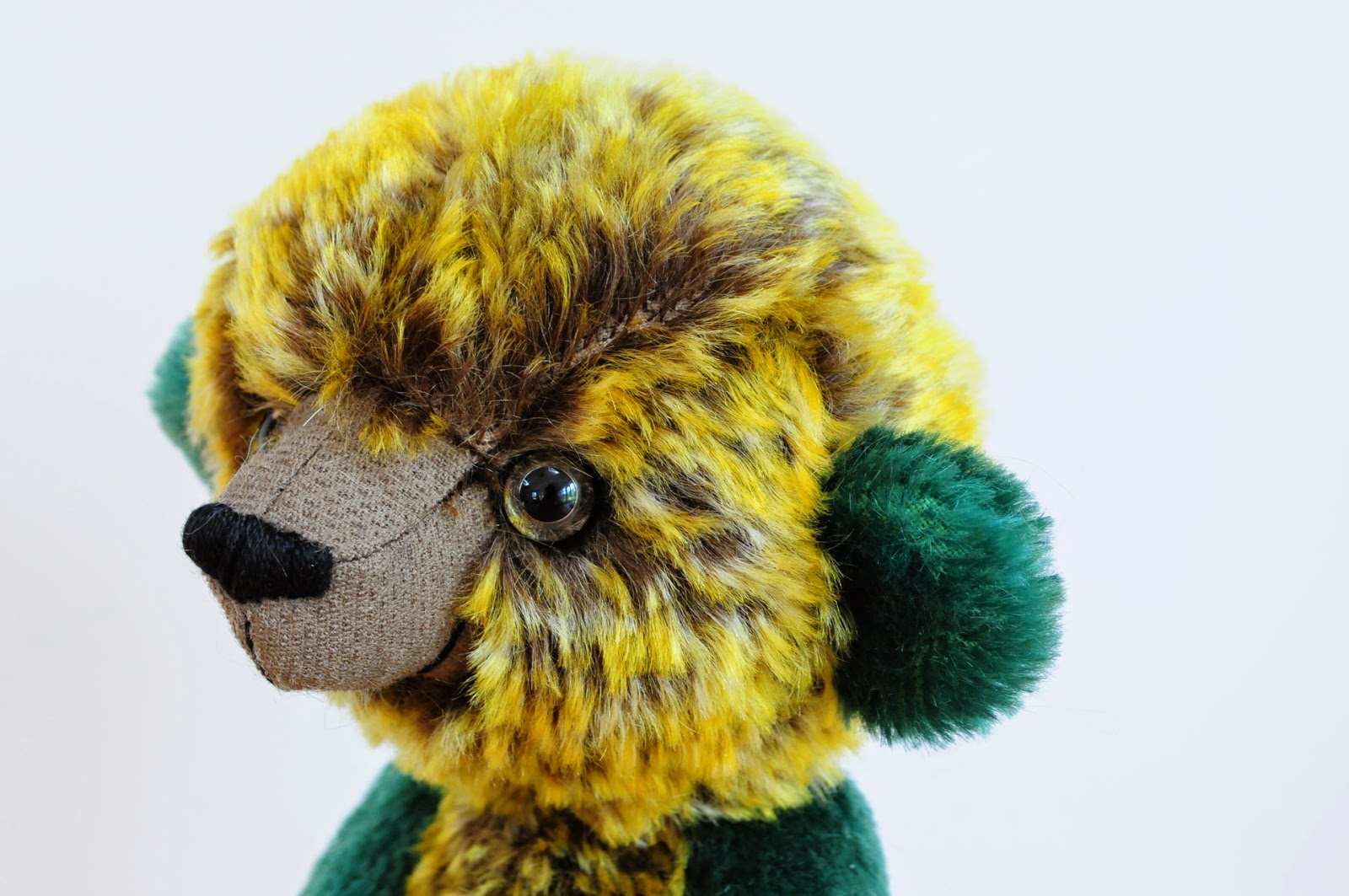 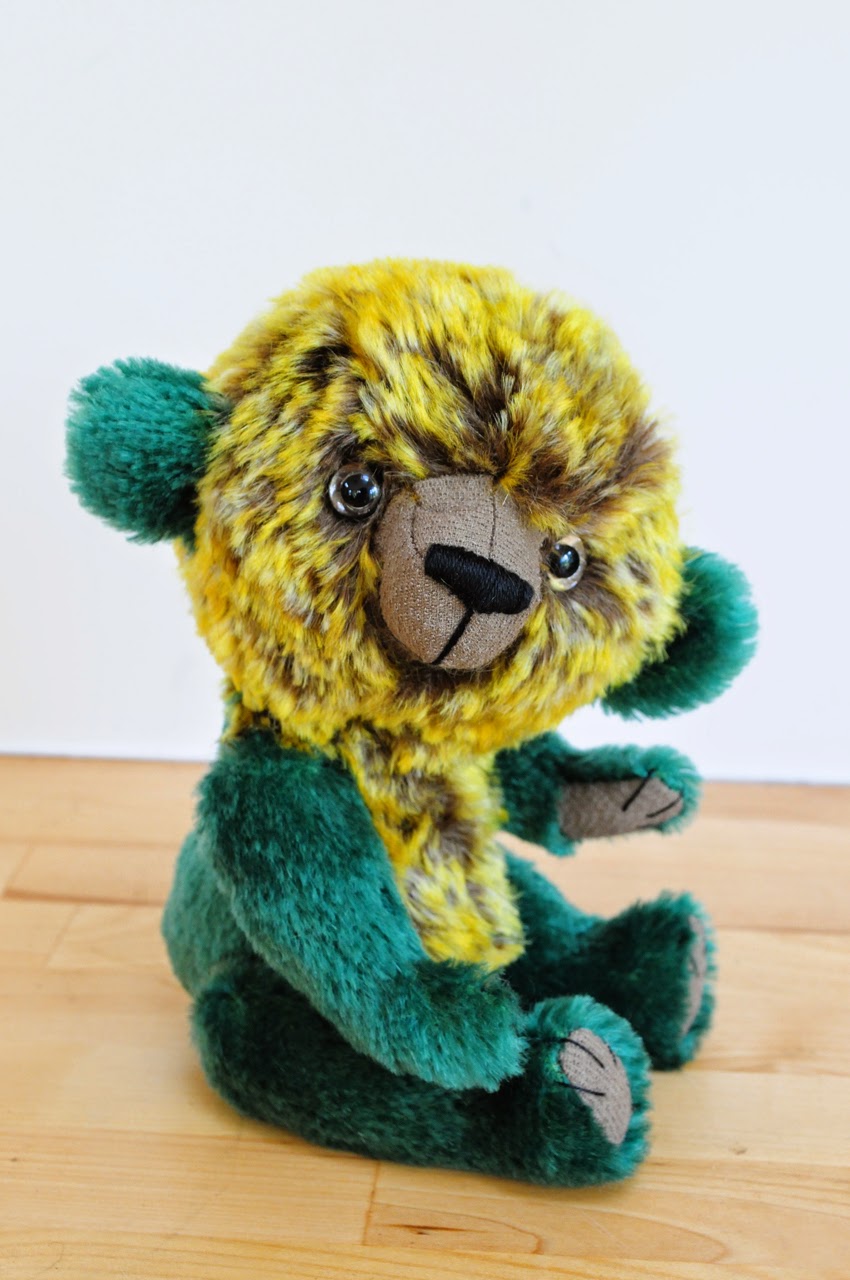 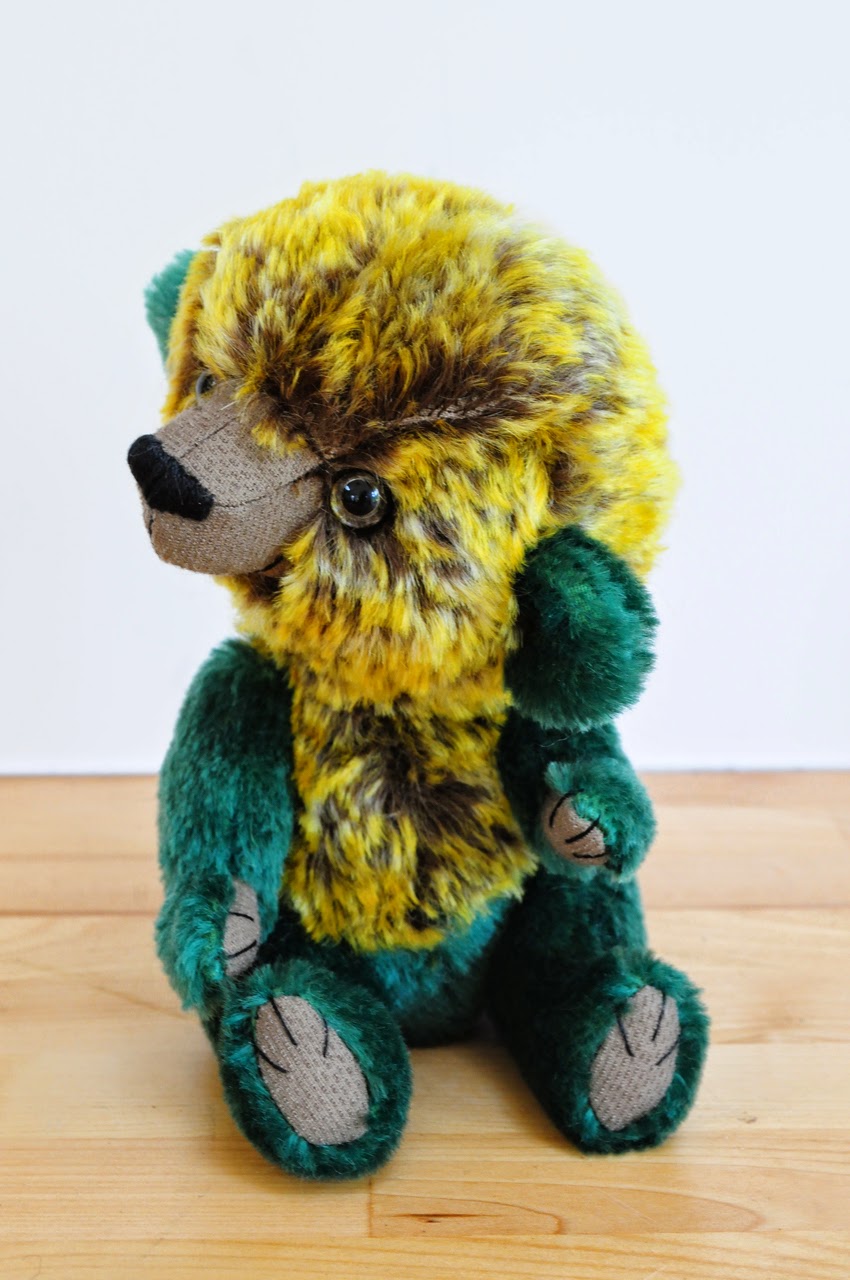 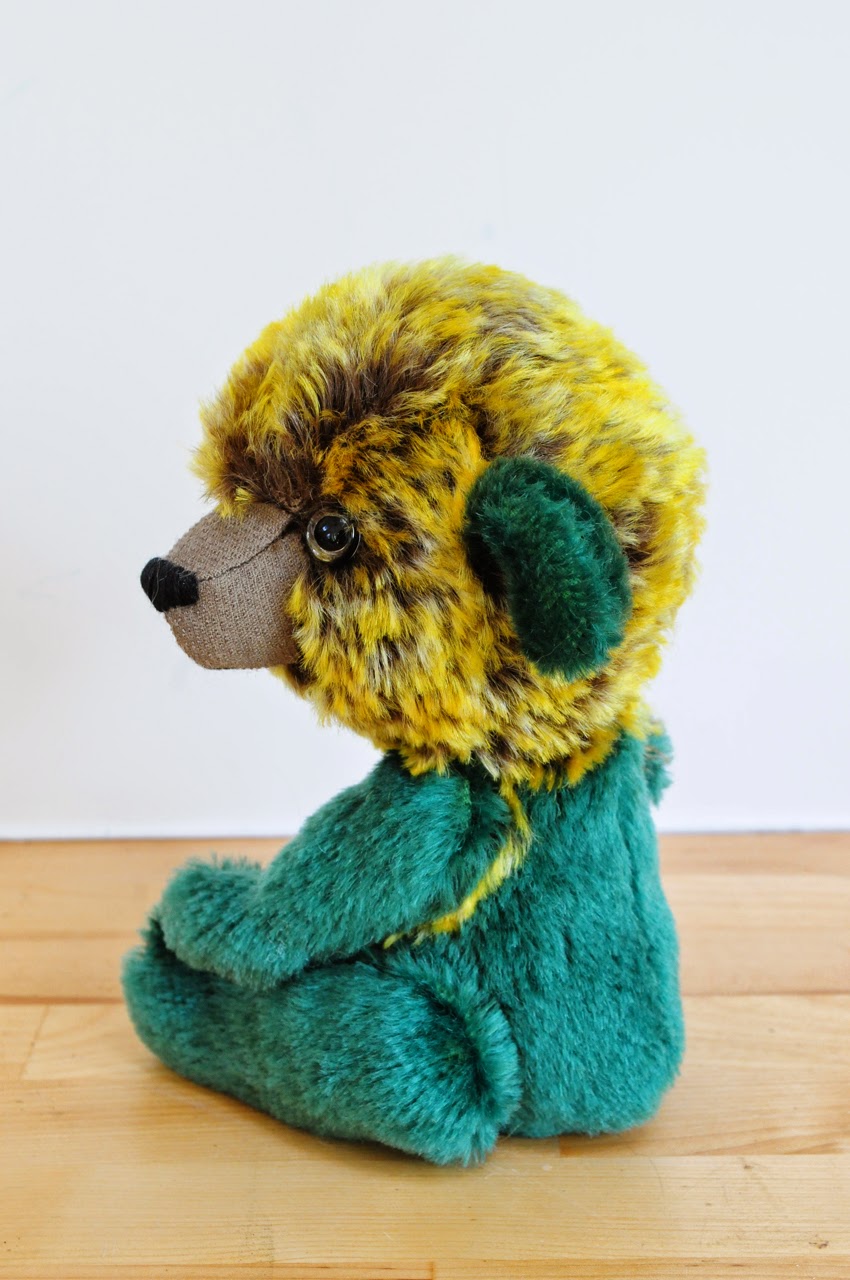 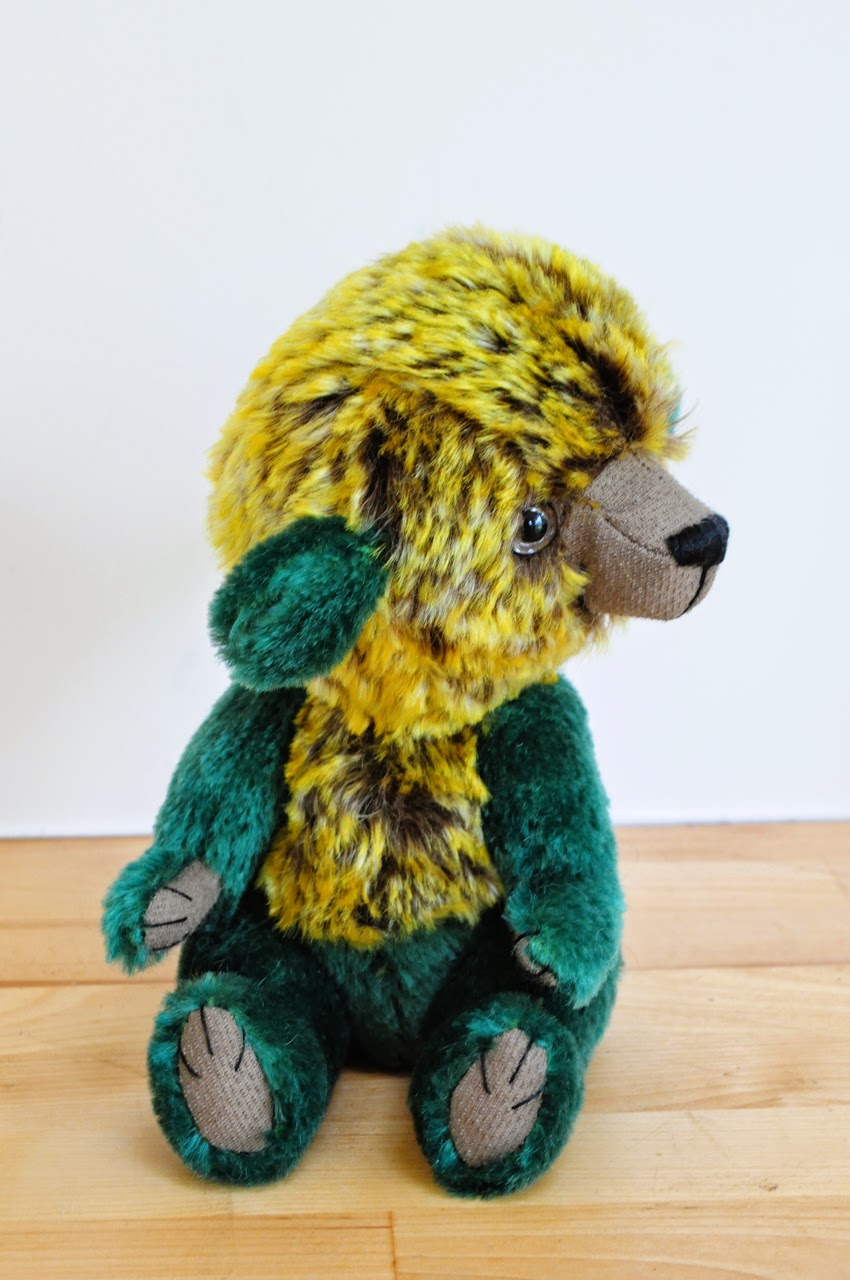