Hello!  I'm still here - I'm just not getting anything done very fast.  I made another little moon bear for the show on the 15th June - shown below, with Robbie.  His name is Pelham.  I have been reading a brilliant biography of P. G. Wodehouse, and the P in his name stands for Pelham, although he was always called Plummie or Plum.  Plummie is a lovely fat, friendly name, but this bear just didn't look like a Plummie to me.  I'm sure a bear will appear that suit that name eventually though.

In the meantime, I have been spending far too much money!  I needed to renew my 25kg bags of stuffing and steel shot.  Then there were various joints and eyes that needed re-ordering, plus the mohair for the new moon bear pattern.  Then, this morning, two more black linen samples arrived from the US.  One is slightly too thin; the other is a perfect weight but doesn't come in black.  *Sigh*  However, the thin sample is closer than anything else I've tried so I've ordered a small amount in the hope that it might work reasonably well for the crows.  And if it arrives quickly, I might be able to make some in time for the show on the 15th June.

At any rate, what with all that, I'm now flat broke for a while.

The good news is the new moon bear pattern is ready (I think) - although I'm never sure about these things until I've actually made the final version.  I said I wanted the new bear to be long-bodied and sitting on his haunches.  Actually, I think he will be rather shorter and stouter, and the haunch idea has gone by the wayside.  However, I am quite pleased with the prototype, so fingers crossed he turns out okay.  I'll be back very soon hopefully, with something else made! 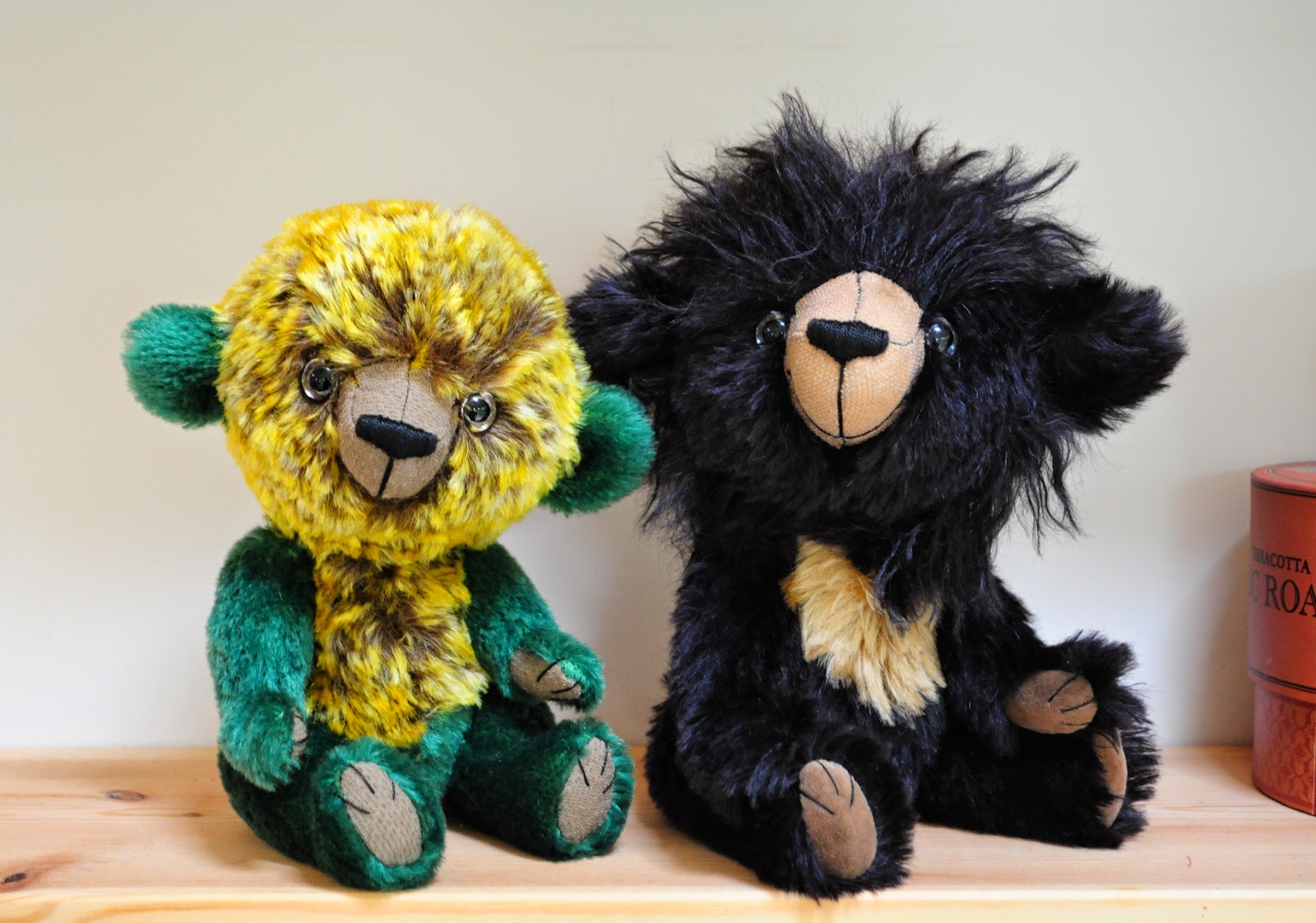